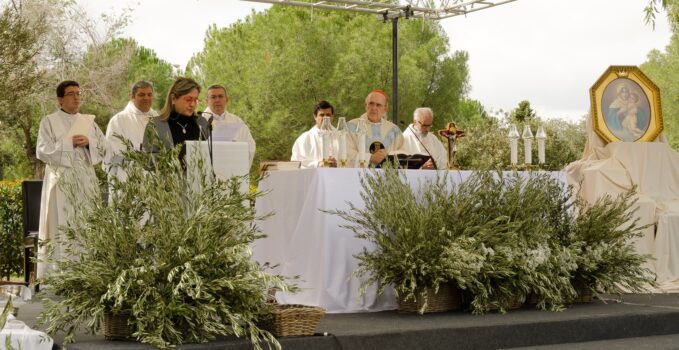 Schoenstatt celebrates 50 years of the first Shrine in Spain

Almost two thousand people around a Marian shrine that was used a hundred years ago as a warehouse. The Shrine of Our Lady of Schoenstatt in Pozuelo de Alarcón is a replica of that small abandoned chapel in Germany where the Movement was born more than a hundred years ago. A birth that came from the hands of a priest and a small group of young people who one day only dreamed that what had happened would happen. — 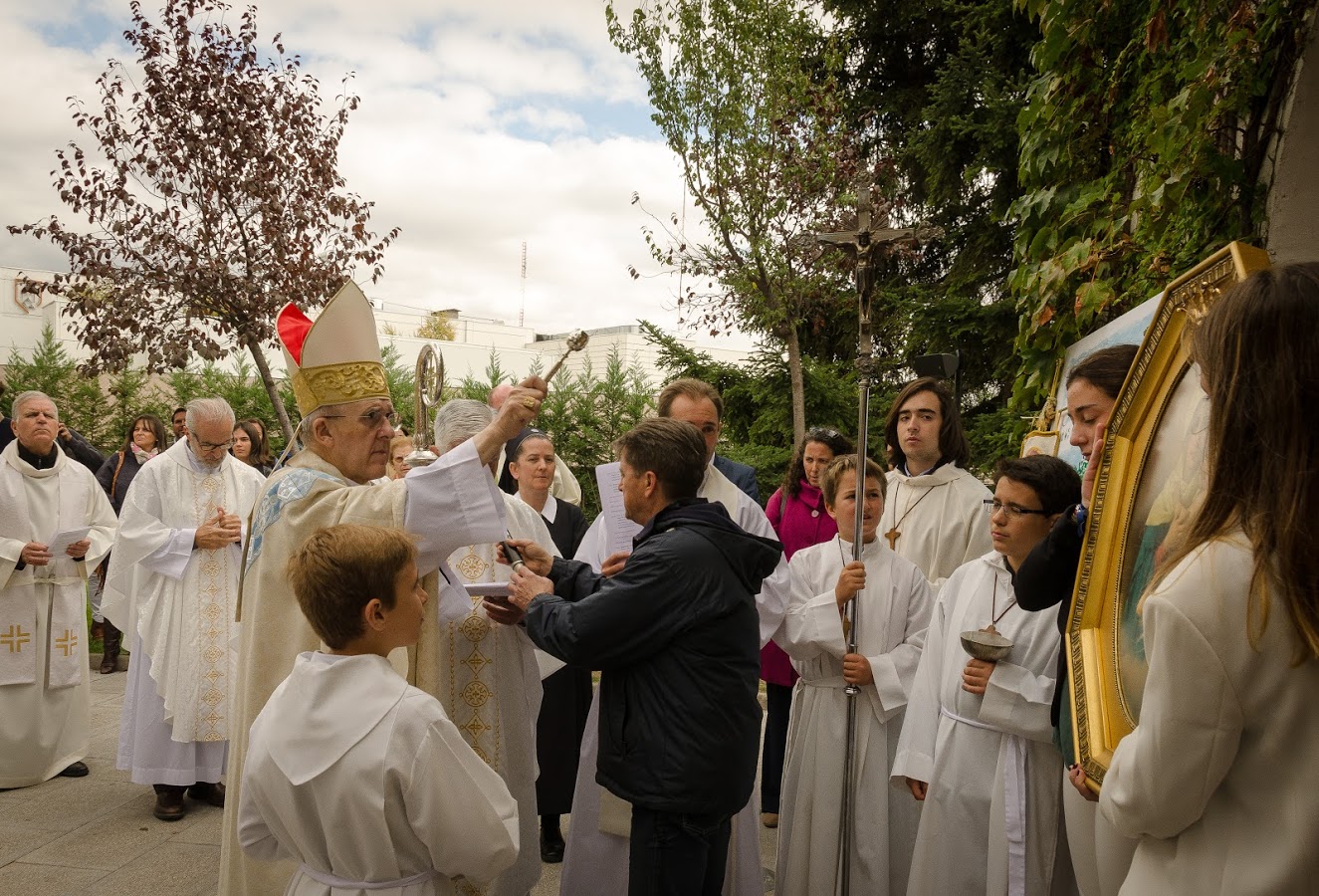 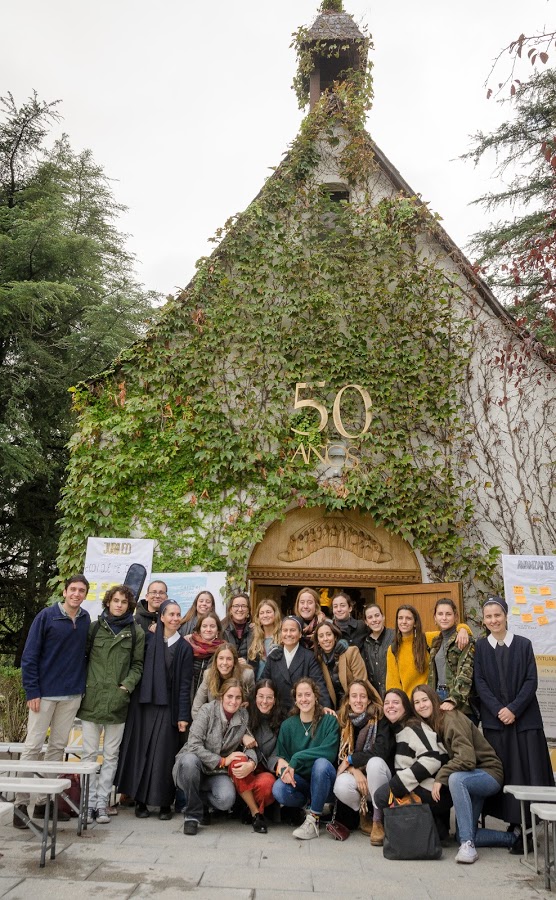 A hundred years later the consecration to Our Lady was fulfilled by the young people who asked Mary for a miracle. The proof is in the families, youth, women, children… who gathered on this Saturday, October 19, around the first Spanish Shrine.

Cardinal Carlos Osoro assured us during the Eucharist that we will look at Mary and that she will look at us on this 50th anniversary of the first Schoenstatt Shrine in Spain.

It was a beautiful day, neither cold nor hot, between clouds and clear skies …. a very “German” day. There were accents of all kinds on the almost two thousand chairs that had been set up on the promenade of Pozuelo de Alarcón in front of the Shrine: Catalan, Andalusian, Mallorcan, Asturian, Portuguese, Chilean… And you felt a different climate: joy and magic, which is what you breathe when you are with your family.

Fifty years ago, the picture was quite different. A poorly maintained area and a few dozen people, who probably could not have outnumbered the flock of sheep that the shepherd grazed next to the shrine that had just been consecrated. It is not easy to describe what it feels like to see the image of the Virgin Mary leaving this Shrine and passing in front of thousands of people on her way to the altar 50 years later.

In between there was everything: many difficulties, complicated moments, a lot of work, prayer or people who invested their time and effort. Everything in order to have at least one person who could feel what the first founders in Spain felt and what those in Germany felt more than fifty years earlier. Today in Spain there are thousands of people who have known God through this work that Mary accomplished in Schoenstatt.

It’s a work we celebrate as a family. A huge paella for so many people, testimonies of those people who dedicated their lives to this mission and could not imagine seeing so many people here, sharing music, conversations, new friendships and faith with so many people in the same place. A place that is a miracle deep inside. 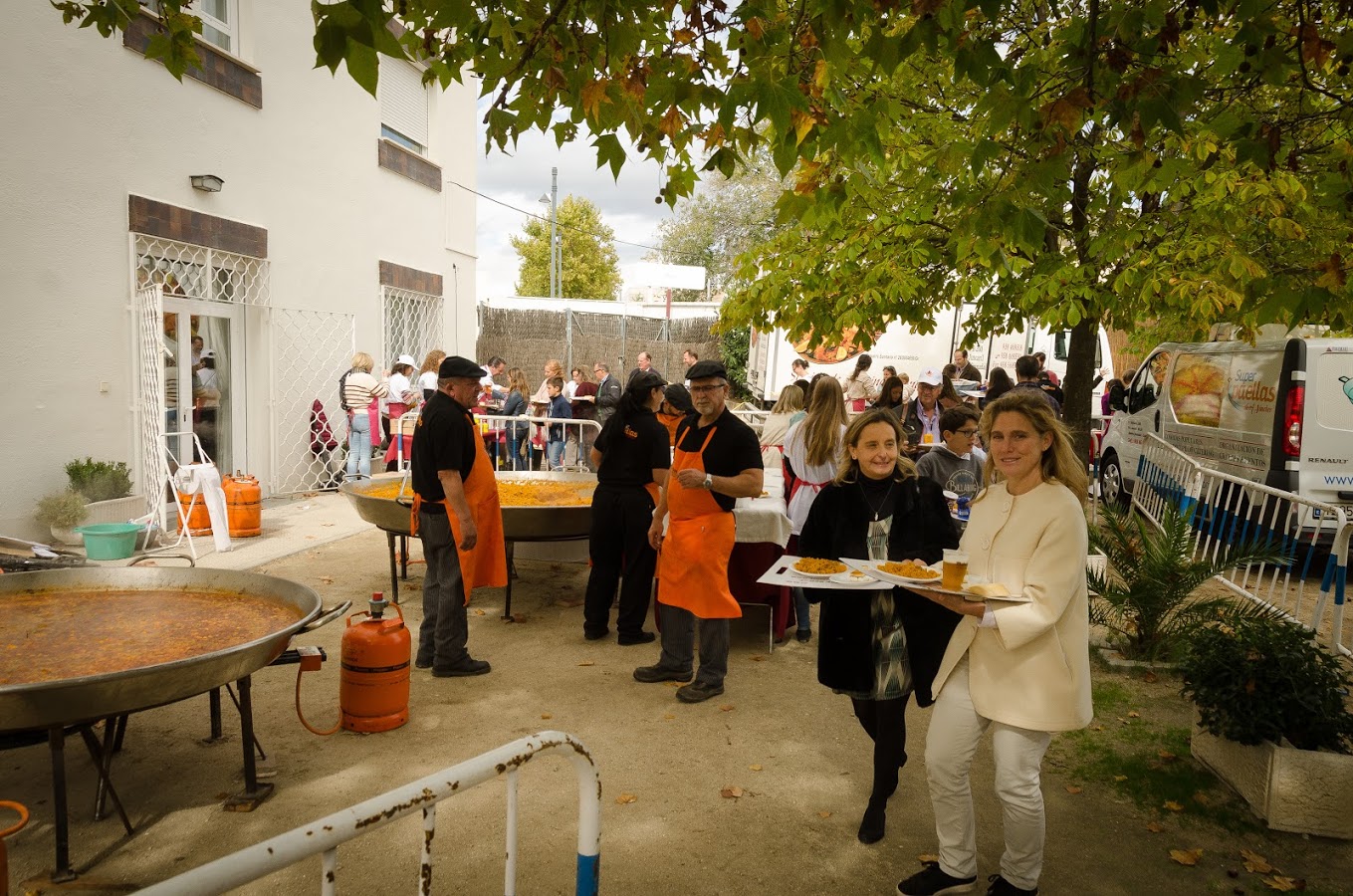 The author, Javier González, is a journalist with a special passion for telling stories from real life. He is responsible for the COPE religious channel, 26 years old and has been in the Schoenstatt Men’s Movement for a few years.

Published and translated with permission of the author.