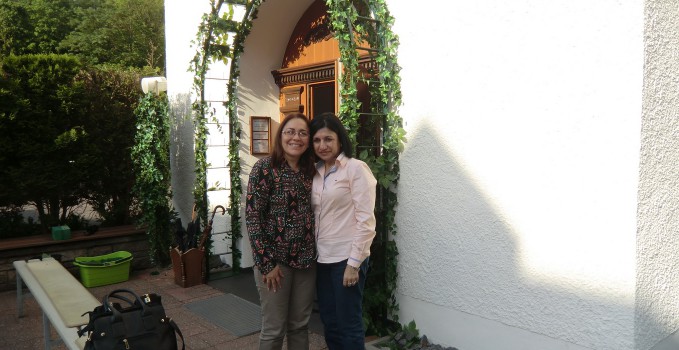 The “Pentecost Congress” to follow up the Jubilee has begun

“The Original Shrine has again to look like it was during the Jubilee”, Norbert Weweler, the Sacristan remarked on Sunday afternoon to Andreza Ortigoza and Graciela Vera, two delegates from Paraguay, who had just arrived at the Original Shrine. For them both it was their first visit and they were deeply touched.

In order to follow up the Jubilee in Schoenstatt, Rome and all the other countries, and to find a direction into the future, the “Pentecost Congress” began in the Fr Kentenich House on Monday 18 May. The MCs were Fr Ludwig Güthlein from Germany, and Sr M. Cacilda Becker, from Brazil. The members of the General Presidium, the international Movement Leaders, Sisters of Mary working in the Schoenstatt Movement, and lay people from 25 countries made up the participants.

Schoenstatt-TV is transmitting some of the Holy Masses celebrated during the Congress. An official report will be available via the Brazilian and German web pages.