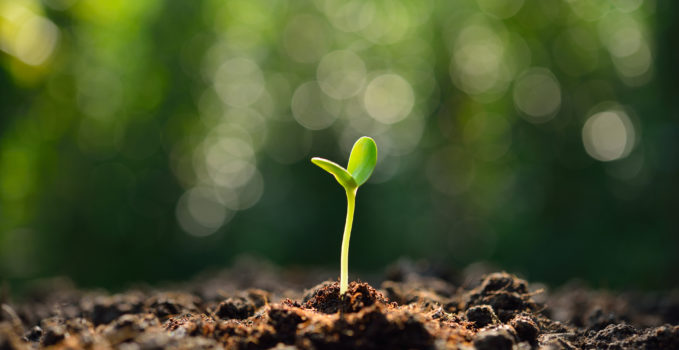 If you look at the Schoenstatt Shrine App or the world map of the over two hundred Schoenstatt shrines, it becomes evident that Schoenstatt is a worldwide Movement of renewal with particularly dynamic life in Latin America. How did it all start? In retrospect the talk Fr Kentenich gave on 18 October 1914 in the newly renovated cemetery chapel on the Pallottine property in Vallendar-Schoenstatt is seen as the moment when the Schoenstatt Movement began. The developing seed with its new spirituality reached its completion in the writings of the founder that were illegally smuggled out of the concentration camp at Dachau. His daring dream of a holy place that didn’t start with an extraordinary miracle of grace had become a reality. Yet 18 October 1914 was a purely internal process in a Pallottine College. How did it begin to spread? —

In the chaos and fear of the First World War, some soldiers became aware of their comrades-in-arms who came from Schoenstatt. They seemed to cope better with the difficulties of their situation. When they were asked, they talked enthusiastically about a dream of turning a little chapel into an international place of pilgrimage dedicated to the Blessed Mother. The way in which heaven could be moved to respond to their requests was their “contributions to the capital of grace”. If they turned all the privations, difficulties, and senselessness of their everyday lives as soldiers into such contributions, and in this way gave them a meaning, they could exercise “gentle force” on heaven to answer their request.

In this way the intuition of their Spiritual Director, based on faith that heaven could be wanting something like this of them, became an amazing reality. Once again the electrifying and motivating power of a utopia proved its worth.

To keep alive the enthusiasm of the young men despite the most adverse conditions, the founder started a communication network in the form of a magazine, which bore the title “MTA” (Mother Thrice Admirable). Its subtitle was “Mutual inspirations in the battle for our endangered ideals in difficult times”. 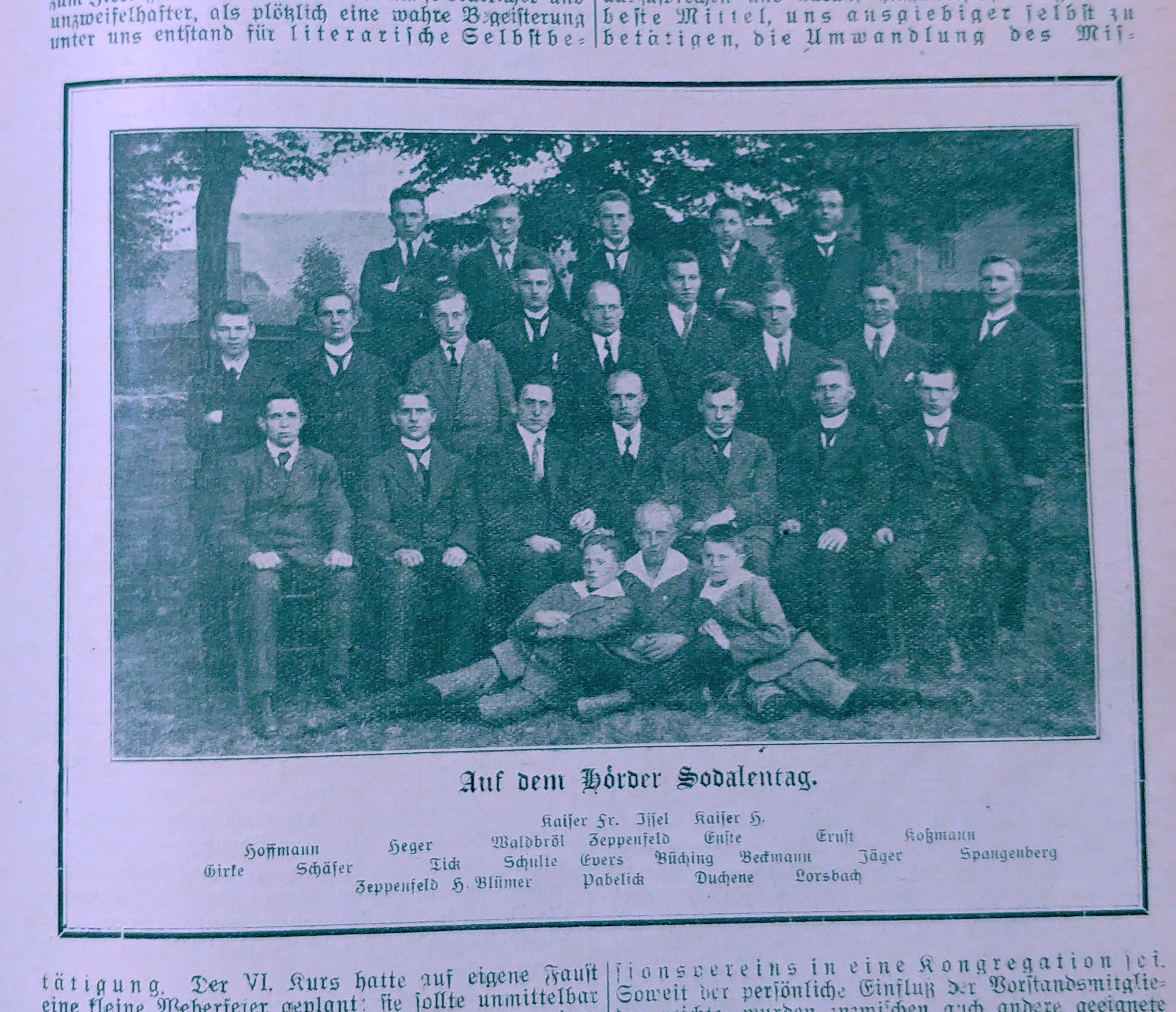 The war has ended – now what?

Once the war had ended, those who were enthused by Schoenstatt, and who were not and did not want to be Pallottine students, asked how things would continue.

Schoenstatt was part of the French Zone occupied by the allies that covered the Rhineland, and this was to last from 1918 to 1930. It meant a lot of paperwork and more difficulties to was to travel to Schoenstatt from other parts of post-war Germany.

Alois Zeppenfeld, who lived in Dortmund-Hoerde, was the most dynamic representative of the so-called “Outer Organisation”. He organised a meeting in his hometown for those who were interested. In the end 24 young men attended; 16 came from Schoenstatt (those who had been in Schoenstatt before the war) and 8 from elsewhere. Alois had organised free lodging with individual families for all of them.

Fr Kentenich sent a telegramme at very short notice that he would not be going, and sent Alois Hoffmann in his place.

On 20 August there was a heated discussion. What did they want to found? An association for total abstinence? A Catholic political party? A social and charitable organisation? All their suggestions were tabled and each had a passionate advocate. In the end, the representative of tradition won the day: the so-called “Outer Organisation” of the Schoenstatt Marian Sodality had grown because of its emphasis on self-education and self-sanctification. Expressing it in today’s terminology, this had offered the members the resilience they needed to cope with the privations and traumas of everyday life on the battlefields. They wanted to latch onto these positive experiences. Thus the “Apostolic Federation” started with the goal: “The purpose of the Federation is the formation of educated lay apostles in the spirit of the Church.”

Soon after this meeting Fr Kentenich asked Alois Zeppenfeld to visit Schoenstatt. Together they made a final revision of the Statutes of the Apostolic Federation as we know them today.

In a letter from November 2016, written to all the group leaders of the “Apostolic Federation” created in Hörde, Father Kentenich writes:

The whole Movement is simply your work and must remain so. I can and will only assist you in word and deed. That is why I have kept back until now, and didn’t even attend the Sodality Day at Hoerde. If you were as completely permeated by the feeling of responsibility for your group as the leaders of the congretatio militaris, I could become more involved in the work without having to fear that by doing so I would paralyse your independence and sense of responsibility. May this point in time soon be reached.”[1]

At the time Fr Kentenich was really ill. In Schoenstatt there were retreat courses for the senior members of various High Schools (Gymnasia). The attendance was far larger than expected, so that a number of courses had to be offered. They were conducted by Frs Lucas and Laqua. They would have been annoyed that Fr Kentenich was too ill to conduct the retreats himself, yet fit enough to travel to Hoerde. On this account he sent Alfons Hoffmann, a Schoenstatt student, in his place.

[1] Letter of Fr Kentenich to the group leaders of the Apostolic Federation on 6 November 1919.

First of all, get going

When we study the founding history of the Schoenstatt Movement, we are reminded of the search for the sources of the Nile. Flowing 6650 km it is the longest river in the world.

In the 17th century the first explorers and adventurers outside academic circles began searching for the source of the Nile. In 1855 John Hanning Speke, an Englishman, discovered Lake Victoria and came close to the source. However, the people in England doubted his discovery. As a result, further famous explorers travelled to the area. In the end, Sir Morton Stanley realised in 1875 that Lake Victoria had southern feeder rivers that arose in the 5000 m Rwemzori Range on the borders of Uganda and the Democratic Republic of Congo. This is one source of the River Nile.

These tiny streams became a powerful river after thousands of kilometres. Twenty-four students in Dortmund-Hoerde in 1919 – a few million Schoenstatters or friends a hundred years later! It is impossible to gauge the numbers, because it is typical of a Movement that the boundaries are not demarcated. It is only for the Schoenstatt communities, which have a higher degree of commitment, that we have reliable figures. Fr Kentenich repeatedly pointed out that in view of the insufficiency of the instruments (he himself suffered from very poor health), and the magnitude of the difficulties, the magnitude of the success could only be attributed to God’s grace. He spoke about the “creative resultants”.

In conclusion I would like to quote a song by the Christian songwriter in the former German Democratic Republic, Gerhard Schöne:

Refrain: Everything has to start small. Let some time elapse, it has only to grow in strength, and finally it is large.

Only look at the seed, you can hardly see it, it grows to become a blade of grass, later it will grow to become a tree. And after many years, when I am a pensioner, it will give me shade, the blackbirds will sing in it.

Look at the tiny source between moss and stone, it gathers in the valley and becomes a brook. It will grow to become a river, flow into the Baltic Sea. It booms there powerfully, the tiny fish sing in it.

Look at the light snowflakes as they dance and fly until they reach a twig that bows beneath the snow. The flakes land there and by their weight break the branch, and the raven speaks.

Sometimes I think sadly: “I am much too small. I can’t do anything.” Then I recall: First just get started; if I manage that, don’t lose heart, then you will find the strength. Then I am amazed to see: I am not alone. Many little, weak people, harmonise with me.

Dear readers, my wish for you is that while meditating on Schoenstatt’s founding history you can begin to be amazed, that your amazement may turn to thanksgiving, your thanksgiving turn into praising God, who repeatedly surprises us when he finds people who are open for his plan of salvation. 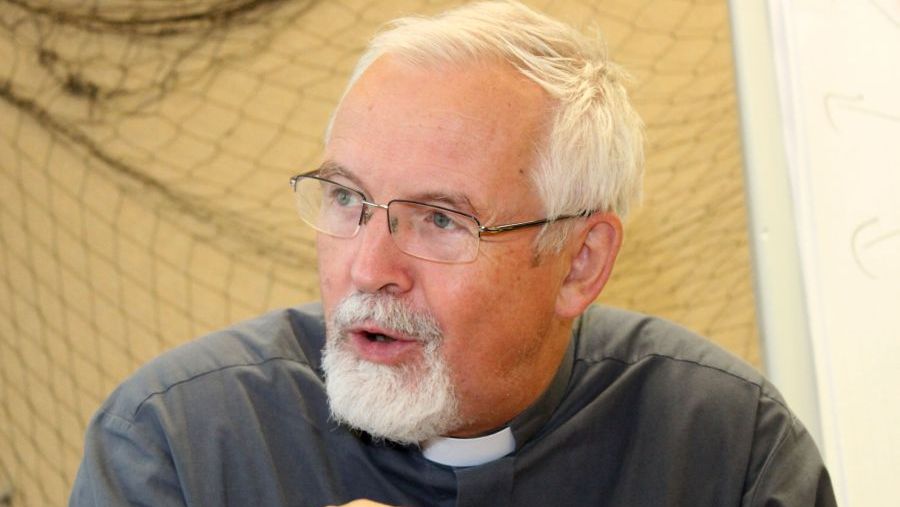