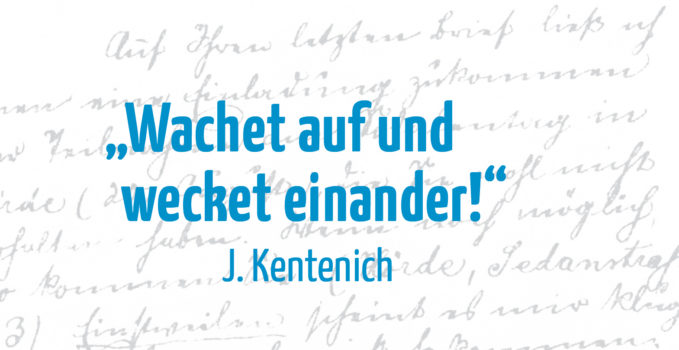 Another jubilee? The General Presidium has issued an invitation to an international weekend from 16-18 August 2019 under the heading: “Wake up and wake one another!” (J. Kentenich). Around 750 members are expected for the Conference in Schoenstatt, Germany. Afterwards the members of the various Schoenstatt Federation communities will meet for their own celebrations and encounters.—

In fact, there is another jubilee. A hundred years … Schoenstatt will continue to remember this until the celebration of its two hundred years jubilee of 18 October 1914. However, the organisers have made it clear that they are not simply celebrating a museum jubilee looking back on fading photos, the obligatory “What was Hoerde?” video, and great pride in the past.

“We ask what were the fundamental forces…”

The organisers – the General Presidium and International Coordination Office –

“We are not celebrating a jubilee, but ask what were the fundamental forces that motivated the initiators of the Hoerde Conference 1919, and we ask ourselves where we can tie in with it today and allow ourselves to infected by their enthusiasm. In the three subject blocks on offer, we will be dealing with successful and inspiring experiences from then and now: the life-changing experiences of young people in war conditions with Schoenstatt’s educational system, which they wanted to secure and perpetuate organizationally. They had experienced close co-operation with Fr Kentenich, the founder and fatherly personality who placed so much trust in them. In the process we have to discover the motivational forces that brought about the dynamism of Hoerde, in order to make them fruitful in our lives, in the community, and finally also in our work with other people.”

There will be a series of talks, partly with a number of speakers. On Saturday evening there will be an opportunity to get to know apostolic projects, and on Sunday, 18 August, Holy Mass and commissioning. The main celebrant will be Bishop Dr Michael Gerber, Fulda.

The first participants are already on the way. They come from Paraguay, Mexico, Chile … A few hours learning German, presentation of projects and with great expectation in their luggage: to see Schoenstatt and the Original Shrine for the first time, or after a longer time, a tour of Germany and Europe connected with a stay in Schoenstatt, and above all setting up a network, meeting people who are on fire for the same cause, exchange of ideas, taking along inspirations.

What do the participants expect? Thomas Schilling, Vallendar said, “I find the process important by which Schoenstatt grew out of a group of young men in a closed community to become a community and Movement which was open to everyone after Hoerde.” Arno Hernadi added, “A subject of the weekend is our Founder’s commission to work for the Apostolic World Confederation. In Germany there are initial signs of it in the collaboration with other Christian groups and dioceses. I am looking forward to seeing how this subject is seen and experienced internationally – especially in South America.”

In many languages, somehow

Of the 750 booked participants, about 340 are German-speaking, 260 Spanish-speaking, almost 100 who speak Portuguese, and about 50 who speak English. The contributions and talks will mainly be delivered in German, but translated into Spanish, Portuguese and English. So, Eduardo, it won’t be a problem if you have not got beyond “Die Frauen essen Obst” – the women eat fruit – in your Duolingo language lessons.

Who knows, perhaps after this conference you, Eduardo, will no longer come “from overseas”, as a “foreigner”, as it says so nicely in the quotes printed in the press portfolio, but … from the international Movement. From our international, worldwide and colourful Schoenstatt Family. In Mexico, India, Paraguay, Uganda, Nigeria, Italy, Guatemala, Germany and elsewhere. 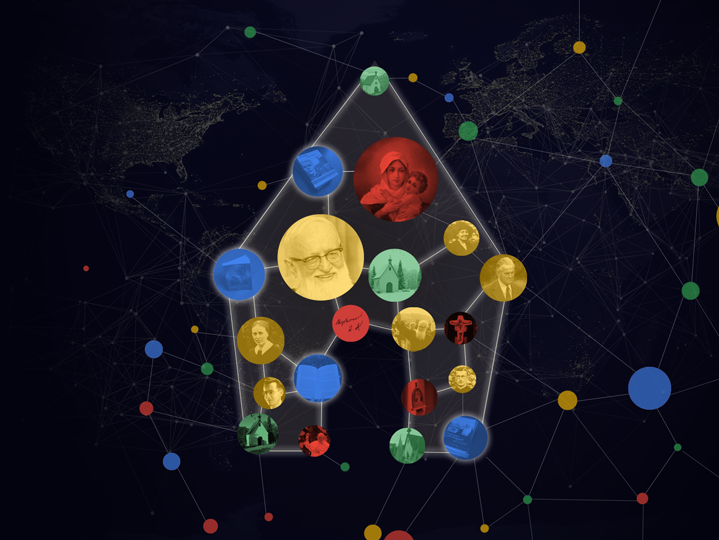 With material from the press portfolio/Arno Hernadi