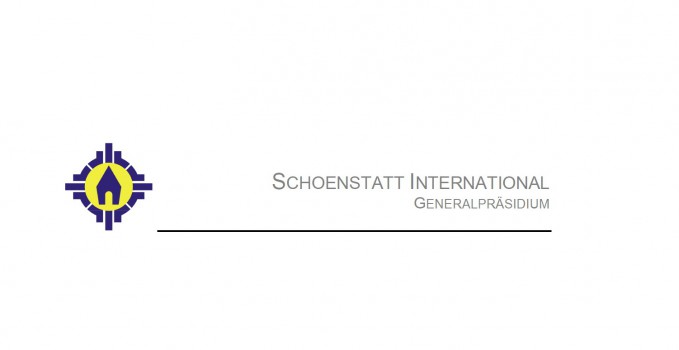 Will You Dream This Dream With Me?- Message of the General Presidency

The General Presidium gathered for its annual week-long meeting. The place and time were special: They met in Rome, at Belmonte, exactly fifty years after Fr Kentenich’s return from exile and his stay in Rome.

During the meeting, the General Presidium drafted a message to the Schoenstatt Family to mark the 50th anniversary of the fourth milestone in the history of Schoenstatt, and the opening of the Year of Mercy.
At the request of the President of the General Presidium, Fr. Juan Pablo Catoggio, schoenstatt.org agreed to publish and spread this message in Spanish, Portuguese, English and German.

Will You Dream This Dream With Me?

The General Presidium is holding its annual closed meeting. The place and time are special: We are in Rome, in Belmonte, exactly fifty years after Fr Kentenich’s return and his stay in Rome. What does God want to say to us, the Schoenstatt Family?

Fifty years ago our Father and Founder returned from fourteen long years of exile. A telegramme summoned him to Rome. No one was there who had sent the telegramme. At first it was decided that he had to return to Milwaukee. Suddenly, however, all the decrees against him were removed. On 22 October his exile came to an end. On his eightieth birthday the General Presidium promised him a shrine in Rome as a gift. He visited the property in Belmonte, and on 8 December he symbolically laid the foundation stone for the shrine “Matri Ecclesiae” – to be dedicated to Mother Church and to the Mother of the Church. On 22 December Pope Paul VI received him in audience. Fr Kentenich returned to Schoenstatt just in time to celebrate Midnight Mass in the Original Shrine. A new Miracle of the Holy Night.

These events coincided with the end of the Second Vatican Council. It was not by chance. Without the Council Fr Kentenich would never have been understood. He promised the Pope that together with Schoenstatt he would do all he could to support the post-conciliar mission of the Church, and repeated in those days that the words “Dilexit Ecclesiam” – He loved the Church! were to be written on his grave.

For Fr Kentenich this eventful time was a strong and tangible sign of God breaking into our history. As prophet he bore witness to the presence and activity of God. God was at work, the Blessed Mother had proved that over and above all human efforts, and beyond all diplomatic negotiations, she is wonderful and victorious. That was Fr Kentenich’s firm belief. God had again set his seal on Schoenstatt’s charism and mission. In order to bear witness to this period, which has gone down in Schoenstatt’s history as the “Fourth Milestone”, he coined the phrase: “Standing in divine victoriousness”.

As his heirs we also experience something of the inbreak of God. We experienced it in the unexpected and wonderful gift of the Original Shrine and the graced event of the Jubilee 2014. Despite, or precisely because of, our weakness, and in our weakness, we experience God’s power and mercy.

What is the God of Life saying to us, what is he saying to our younger generation? We want to carry the fire of our prophet into the future. Fr Kentenich once challenged his Family: Will you dream this dream with me?

Fifty years ago the Family experienced a profound community of hearts with and in our Father and Founder: Cor unum in Patre. This warm and profound way of living with, for and in one another was the fruit and, at the same time, the condition for the breaking in and breaking out of the divine. We are convinced that still today God wishes and expects this of the Schoenstatt Family so that a new Miracle of the Holy Night can take place … and the dream can become a reality!

For the General Presidium 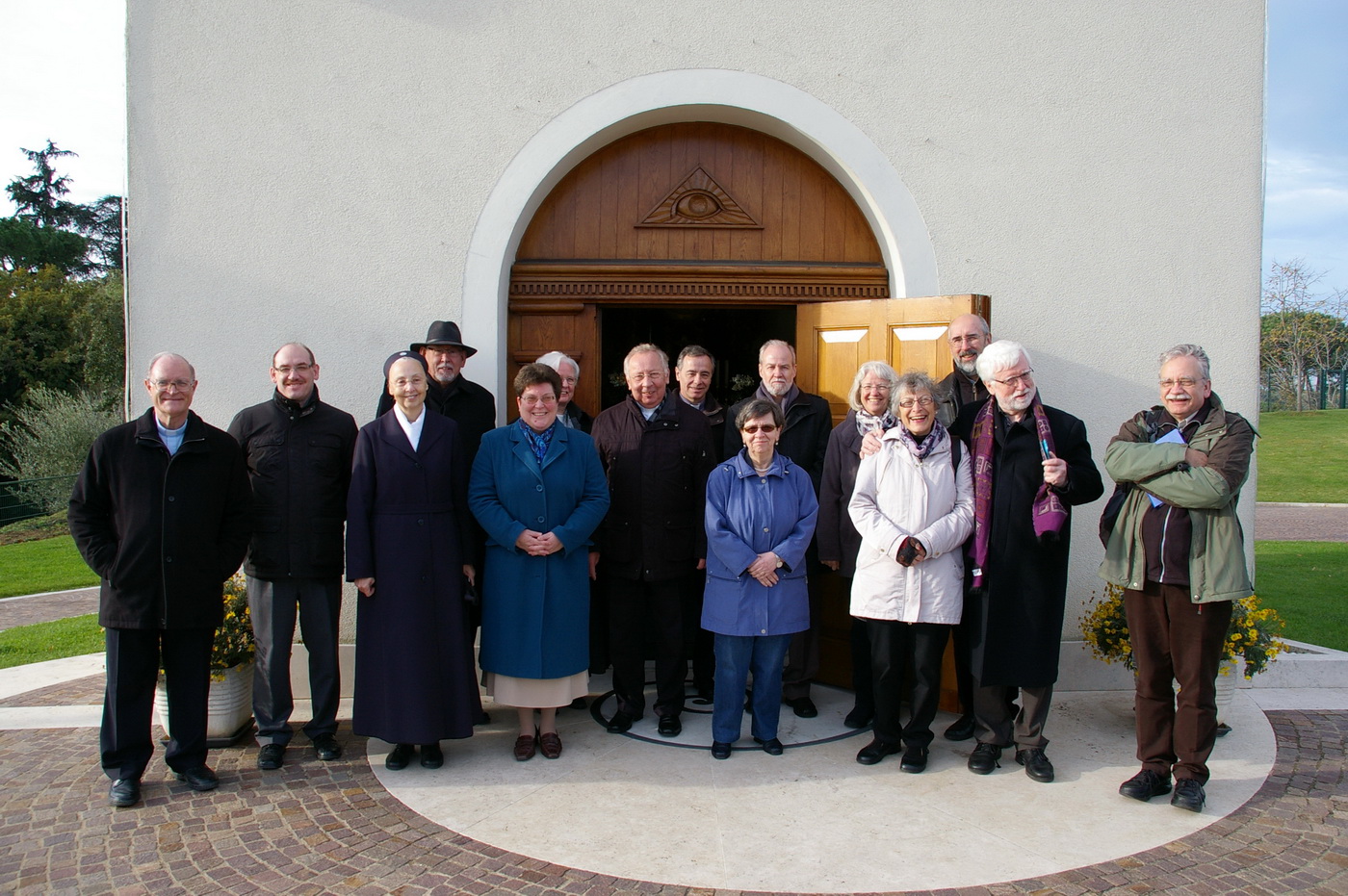 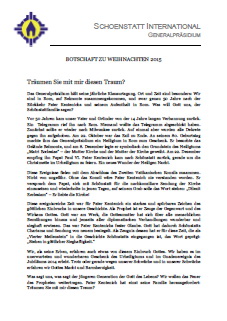