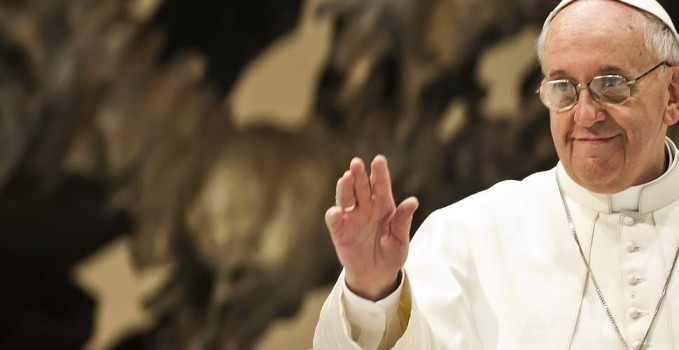 FRANCIS IN AFRICA, by Maria Fischer •

The news about the three deaths in a Bangui parish was mentioned to the Pope. He asked: “Can I go?”

Bishop Juan José Aguirre of Bangassou related, “This morning with all the joy occurring in Bangui, with all the overwhelming joy present… yet, just a kilometer and a half from the place where the Pope had lunch with the bishops, three people were killed in the Fatima neighborhood.”

“I was with the Pope, and I told him: Your Holiness, this morning three people were killed in a neighborhood where there is parish nearby and where there were three Combonian missionaries and 500 displaced people.”

The bishop continued that soon after hearing the account, “The Pope immediately asked the Nuncio: ‘Can I go, can I go?’ However, the Nuncio told him: ‘No, your Holiness, it is very dangerous.’”

He changed his agenda, and he made a surprise visit to a pediatric hospital in Bangui. This gesture pleased both the patients and the workers.

According to a press conference by Fr. Federico Lombardi, Director of the Holy See Press Office, the Holy Father took a gift consisting of several boxes containing medicine prepared by the Roman hospital, Bambino Gesú, and he confirmed that the visit was “not part of the official program.”

Once he was at the hospital, the Pontiff presented the gift and greeted hospital patients and staff. The pictures of this visit have touched thousands of social network users and have traveled virtually around the world.

After this encounter, the Pope went to Bangui Cathedral for the opening of the Holy Door.

“This is the updated Gospel [story] about the widow of Naim, whose son Jesus returned to life,” one of the many comments posted on social networks stated. “Now in the person of Pope Francis, Jesus Christ is present among these children in difficult health circumstances, and he places his hands on the faces and bodies of these children. The Holy Father’s witness is worth more than a thousand words. I am praying the rosary daily for the Holy Father’s intentions. You are Peter.”