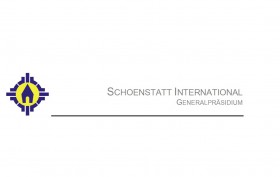 Will You Dream This Dream With Me?- Message of the General Presidency

MESSAGE OF THE GENERAL PRESIDIUM OF SCHOENSTATT – FR JUAN PABLO CATOGGIO • The General Presidium gathered for its annual week-long meeting. The place and time were special: They met in Rome, at Belmonte, exactly fifty years after Fr Kentenich’s return from exile and his stay in Rome. During the meeting, the General Presidium drafted a message to the Schoenstatt Family to mark the 50th anniversary of the fourth milestone in the history of Schoenstatt, and the opening of the Year of Mercy. At the request of the President ofRead More