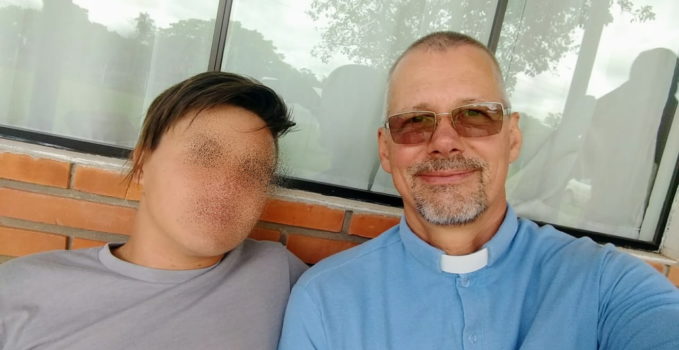 His dream has come true: he is already in Tupãrenda

“Do you remember H., whom you called ‘Alí’ in your article?,” Fr. Pedro Kühlcke asked me yesterday. How could I forget this young boy, who I met two months ago, on that Sunday with torrential rain, when we visited the juvenile detention center. That young boy, with a sad face, who told us that his entire family was in jail, in different jails, obviously and sadly, he told us his great dream, the day that he would be released from jail: to go to Tupãrenda or the Mother of Tupãrenda House (CMT), to begin a new life. A life without drugs and stealing, a dignified life with work and a future with people who would really love him. His dream has come true. — 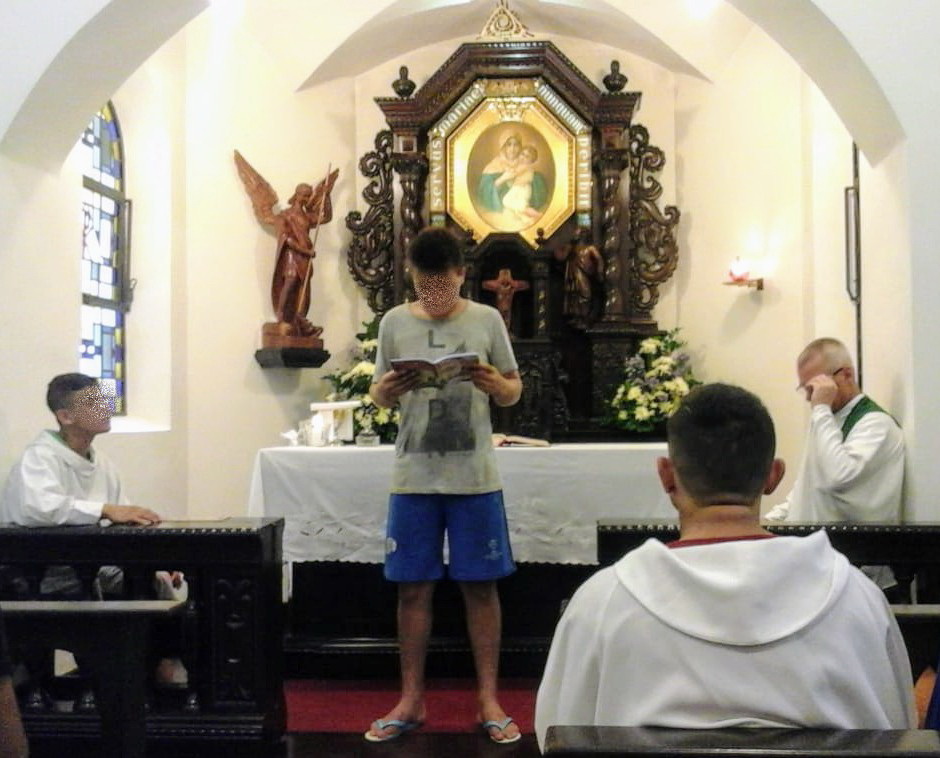 Ali during the reading in the Mass

He was released from jail on October 31st . “The same day he called me, and the following day, November 1st, I introduced him at CMT,” Fr. Pedro related. There was just enough room, and he has already participated in the program for two weeks.

The road to joy

On November 12th, the second Tuesday after entering CMT, he offered to read at the Holy Mass celebrated every Tuesday in the Tupãrenda Shrine with young boys in CMT. This dirt road leading from CMT through the forest to the shrine seems wider and wider and more beautiful, since the footsteps of so many young boys who go on pilgrimage to the shrine every Tuesday walk there, amid laughter and jokes, amid curiosity, joy and hope. Joao Pozzobon, inspired by Puebla spoke, about the “shrine of the poor’s” road. In Tupãrenda, there is the poor’s road to the shrine, because for two years, Fr. Pedro and many others opened a road from the shrine of the poor to the poor in the juvenile detention center.

On November 20th, Alí was altar server at the Tuesday Mass. The Blessed Mother continues to touch hearts.

We pray for Alí and all the young boys who are in this house in the shadow of the shrine, this house, which is a work of mercy from the Covenant of Love, and for everyone who offers their work, their hearts, their prayers, and donations, in and for it. 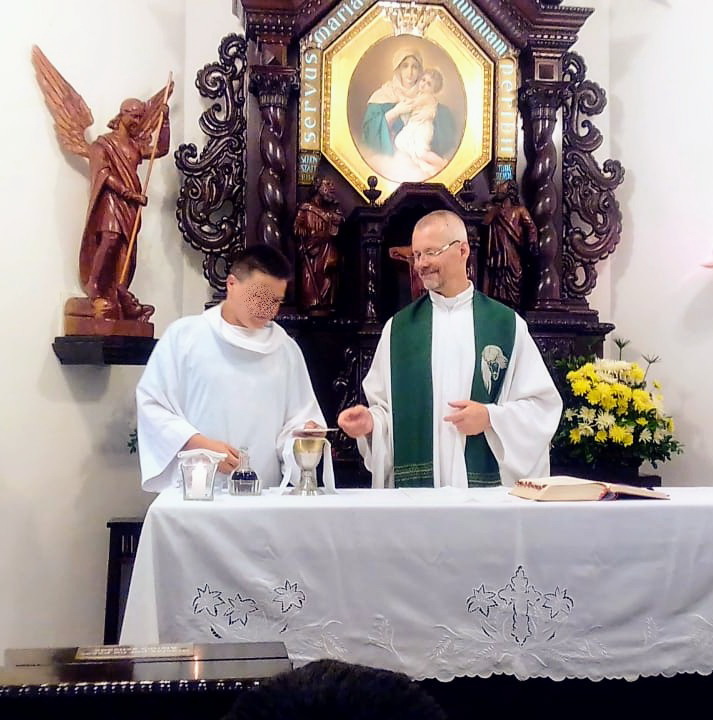 It is possible to be a part of Ali’s dream and of so many more. With your prayers, collaboration and donations.