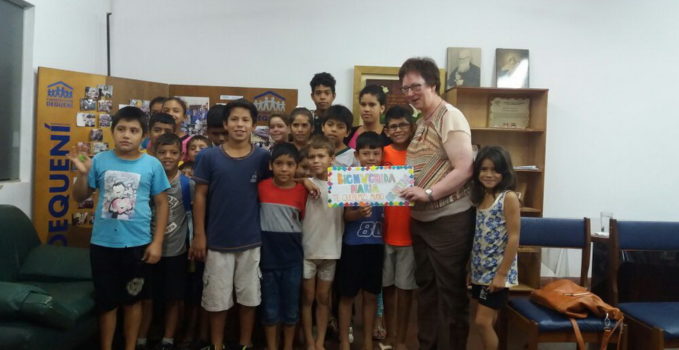 Dequeni’s children thank everyone who supports them through schoenstatt.org

A day in March at Dequení Central House in Fernando de la Mora and celebrating the start of classes and a few days after launching the updated institutional website, another step was taken in the area of communication by means of a communication training workshop for fifteen Dequení officials based on Fr. Joseph Kentenich’s proposal for the model of communication. Maria Fischer, who has a degree in social sciences and is editor-in-chief of schoenstatt.org, presented the workshop. She committed to spreading the news about Dequeni’s work and raising funds for this work more than fifteen years. 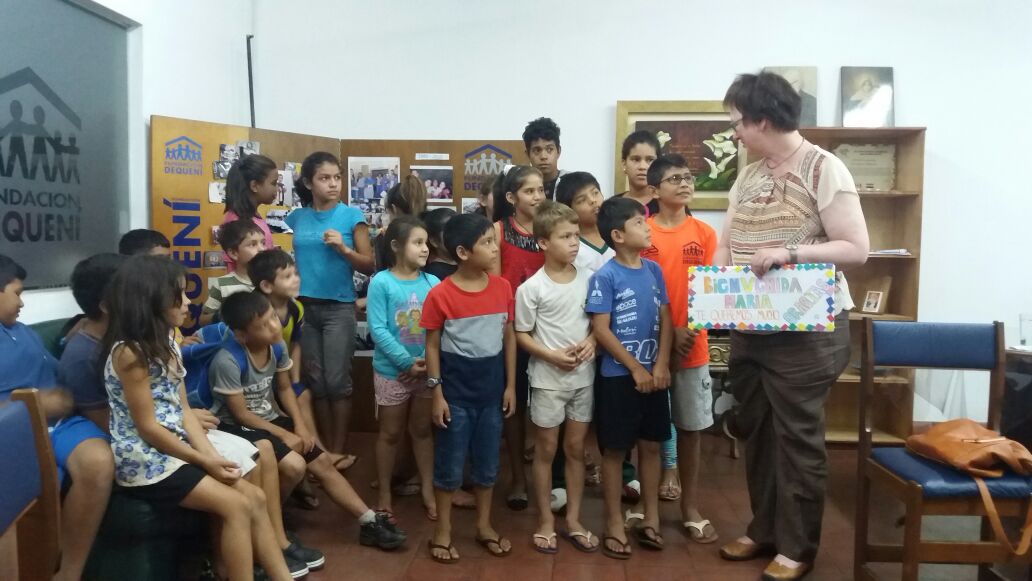 An unforgettable visit. Experiences and stories about the sponsors from Germany, Europe, and the DEQUENI children were shared. The officials understood that the stories that were shared, not only serve to motivate possible benefactors, but they are a source of new life in many places of the world, since it encourages and inspires many in their own efforts to continue to move forward and through works of mercy show that the Covenant of Love has a creative force capable of creating a new social order.

The children entered with such grace and innocence…that was almost otherworldly…and they took the only message they had prepared very seriously: “Maria, welcome. We love you…There was profound silence, and upon seeing them get into arrangements for the photo, I was aware of the total giving of heart that only children can give.

Maria asked a little boy, who did not stop hugging her: “Who made this beautiful poster? Who is the great artist?”  “Me…” he whispered in her ear. His eyes gleamed…

Little Junior was among the children; for him, going to school “is learning many things.” Before Dequení, he helped his mother in selling things on the streets, because of no steady job for her or a safe place for him to stay while she was working. Today while his mother works, he and his little brother attend the open center, House of Welcome. Studying and playing are his only responsibilities. He applies himself to his tasks and this year he wants to be the “best friend.” 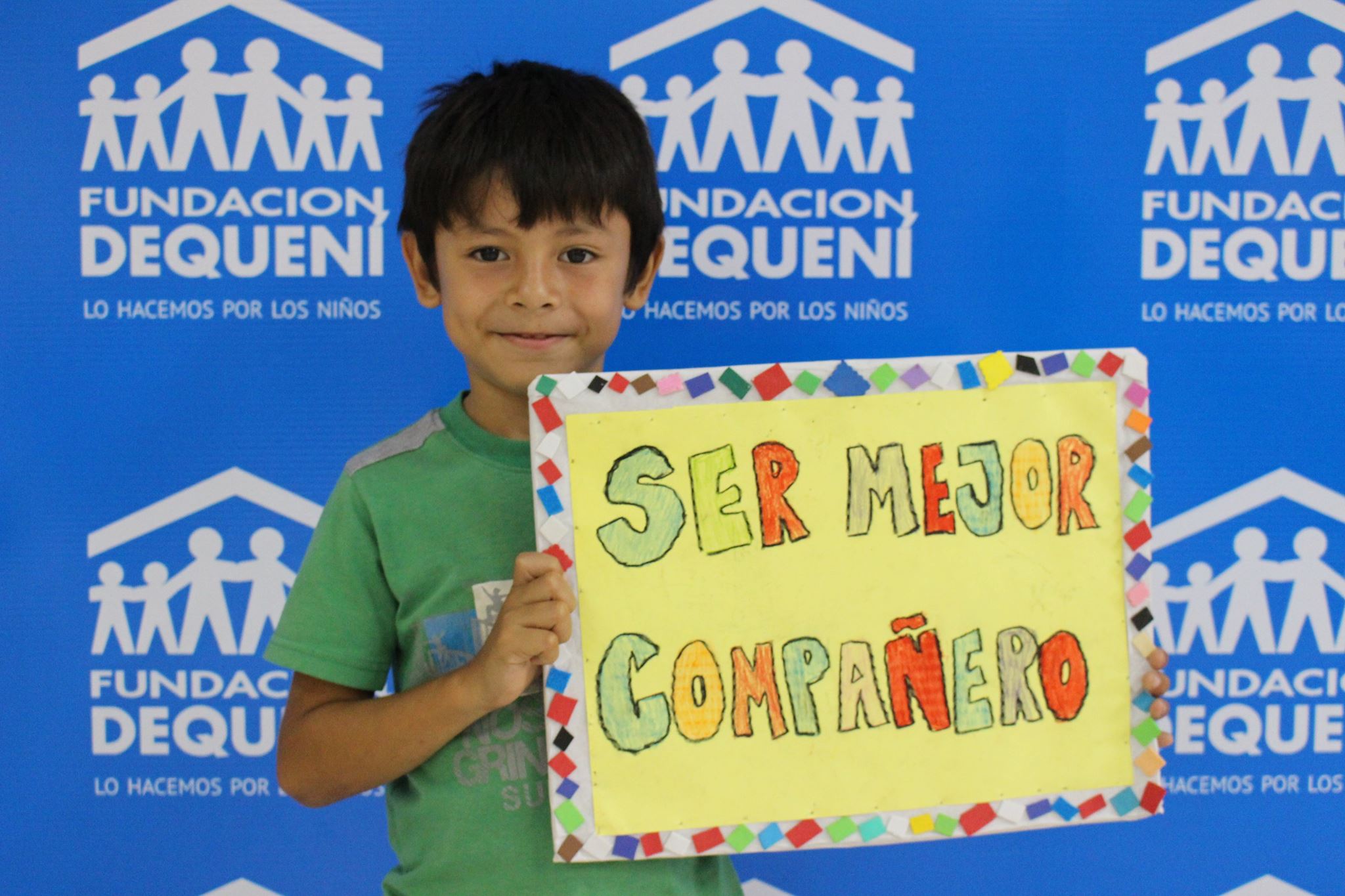 Dequení was born from the Paraguayan heart of solidarity united by a common desire: to help the children and families who live affected by the poverty in their communities. The beginning was simple: some Schoenstatt Movement youths simply began to do something…

Dequení’s name comes from the biblical phrase of the Gospel: Let the children come to me (Mk. 10:14), according to the first syllables in Spanish.

Today Dequení is an organization within Paraguayan civil society with experience in programs to promote and protect childhood.  The foundation has the spirit of solidarity from many people, benefactors, businesses, and organizations with the desire to help children.

During the last 30 years, Dequení has worked to protect and take care of children in the most vulnerable conditions.

Its activities were born in the street, playing and sharing with those who worked from an early age to support their families.

Then the doors opened for the childcare centers as spaces of welcome, protection and educating informally: playing, drawing and dancing.

Years later, communities were reached through community centers working with families in their organizational and development experience for the common good.

Today it is involved in strengthening the task of contributing to the educational improvement of children from school, as their center of action.

Beginning in 2017, it centered the work on two strategic programs: the development of early childhood and improving the quality of education.

Working from the schools, Dequení forms educational networks that became replicable models for the entire society.

The programs have annual goals, evaluation of results, and a flexible, modular structure. A baseline is carried out in each community to identify the families at greatest need.

Anyone can become a godparent to a child or can be a benefactor through economic support according each person’s own decision of solidarity. Currently, 5,238 school-age children are served. Dequení accompanies twenty-seven schools from Arroyos y Esteros, Caaguazú, Villeta and Ypané.