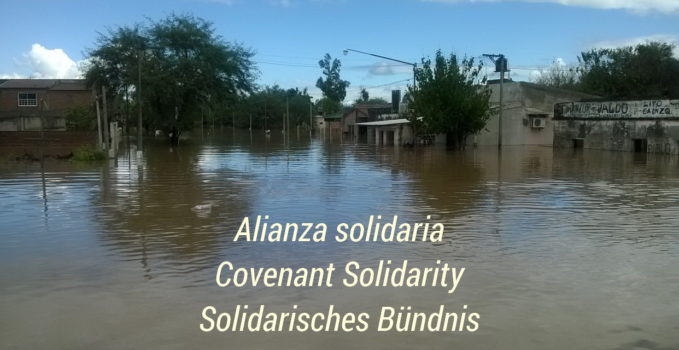 United by Mercy, Tucumán in solidarity!

It was raining continuously in Tucumán. In the southern part of the province, the rain continued and the water began to rise rapidly, covering fields and flooding houses. The situation was desperate!

This was when people’s solidarity was mobilized. People always go out and help others, before the government’s authorities take preventive measures.

Boats, rafts, vehicles were placed at the disposal of those who needed them.

More than 5,000 people were in evacuee centers and many more lived in improvised tents along the edges of the routes. Others were on the roofs of their houses, because they did not want to abandon them.

They lost everything; they only had what they were wearing, and they knew that when the water receded they would not find anything in what had been their home.

Help began to arrive; some sent food, others volunteered to collaborate according to the particular need. 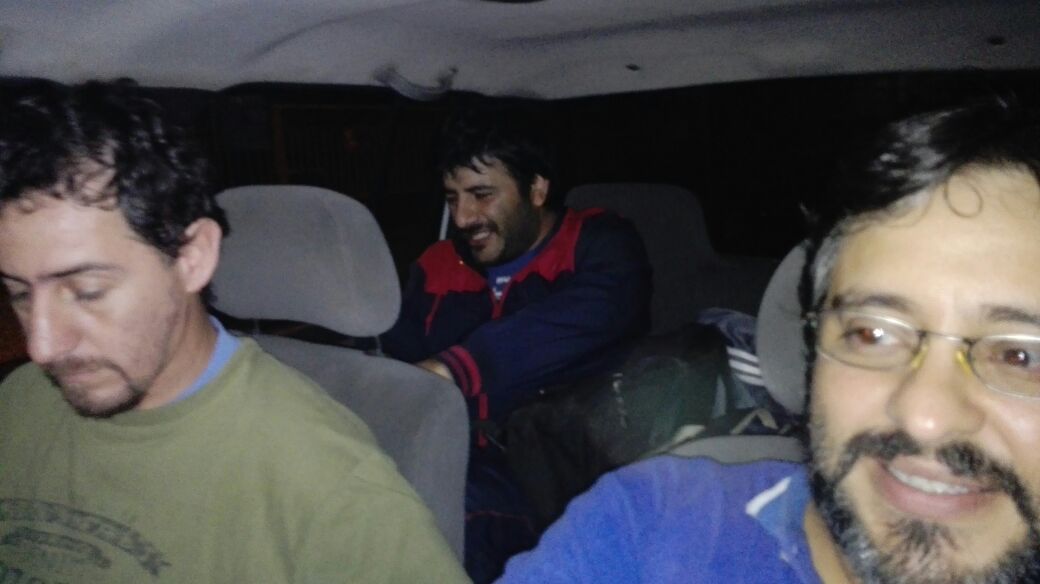 Merciful like the Father, let us go to the encounter

Through WhatsApp, we received a message from the schoenstatt group: “Brothers and Sisters, I am truly distraught by what our brothers/sisters in Lamadrid are experiencing, and since I do not only want to talk, I am independently organizing a group and with whoever wants to go this afternoon/night to cook a stew or something like that to feed as many as possible. I just started, but I already got a truck, powdered milk, bread and water. My idea is to take a large amount of things and most of all, to cook. Those who can, help me…!”

Germán Daud, God and the Blessed Mother’s instrument sent the message to mobilize the Tucuman Schoenstatters at that critical time. The Family’s response was immediate: a truck was made available, there were donations of food, water, money for gasoline, bread…

The missionaries, mothers and friends got together to cook and to prepare everything for the transfer. Others looked for routes and places to distribute food. 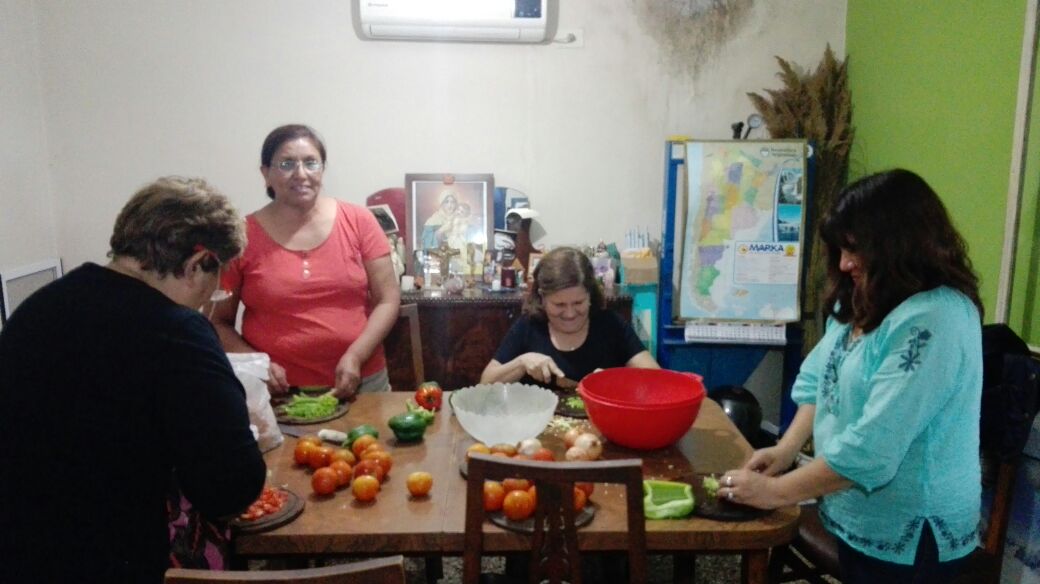 When the two trucks departed, the rest of the Family remained in their Home Shrines to pray for the victims and for the brothers/sisters on the road, since in reality, it was not certain if the routes were passable, because the water kept on rising.

At 2:00 a.m., another message arrived stating that they had distributed everything, and that they were just returning.

Thank you, Blessed Mother, for allowing us to help as a Family!

This was just the beginning! We are united, continuing to be of service!

The Argentinean Episcopal Conference (CEA) shared a letter from Pope Francis on Tuesday, 5 April, addressed to Bishop José María Arancedo, president of CEA, expressing his sorrow about the news of the serious damage caused by the recent torrential rains in many provinces of the country. 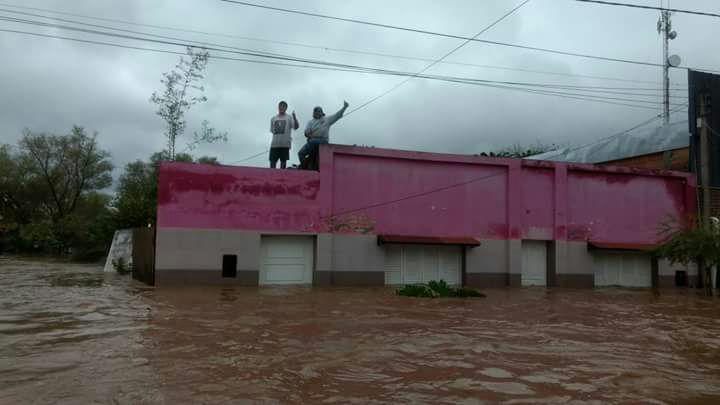