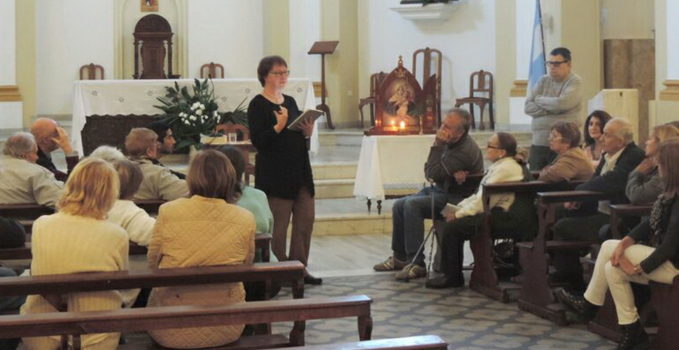 Let’s stop being a sedentary Church; let’s get out of our comfort zone

From 13-20 April, we traveled with Maria Fischer to the Pehuajó, Nueve de Julio, Henderson and Bragado communities in the Diocese of Nueve de Julio. This diocese is as large as Switzerland, and it is where Fr. Esteban Uriburu invested a great deal of time and creativity in founding the Schoenstatt Rosary Campaign, in other words, the prototype of a Schoenstatt reaching out.

In each place, there were open gatherings in the respective parishes and in the cathedral with large participation. Its effect was multiplied thanks to several newspaper, radio and television interviews, especially in Nueve de Julio and Bragado. This was only due, thanks to Analía Guaragno and Ana Aristi’s, public relations work. At the same time, it was a good opportunity for Maria to learn about the Schoenstatt reality in this diocese.

The visit included the many wayside shrines with their fruitful lives and evangelizing missions; the Marian Center in Henderson, with its large grounds (and its clouds of mosquitoes); the first missionaries, who are still on fire for the mission; the recently founded Madrugadores, who proudly prepared the national gathering in Nueve de Julio that will take place in August. It was a time of encounters and re-encounters.

Susana Hernández, commented: “We met in 2006 in Rome and in Schoenstatt; I always dreamed of meeting Maria someday on a pilgrimage to Schoenstatt. I never imagined I would meet her in Pehuajó!”t y siempre soñé con volver a encontrarme con Maria algún día en una peregrinación a Schoenstatt. Nunca me imaginé abrazarla hoy aquí en Pehuajó!”. 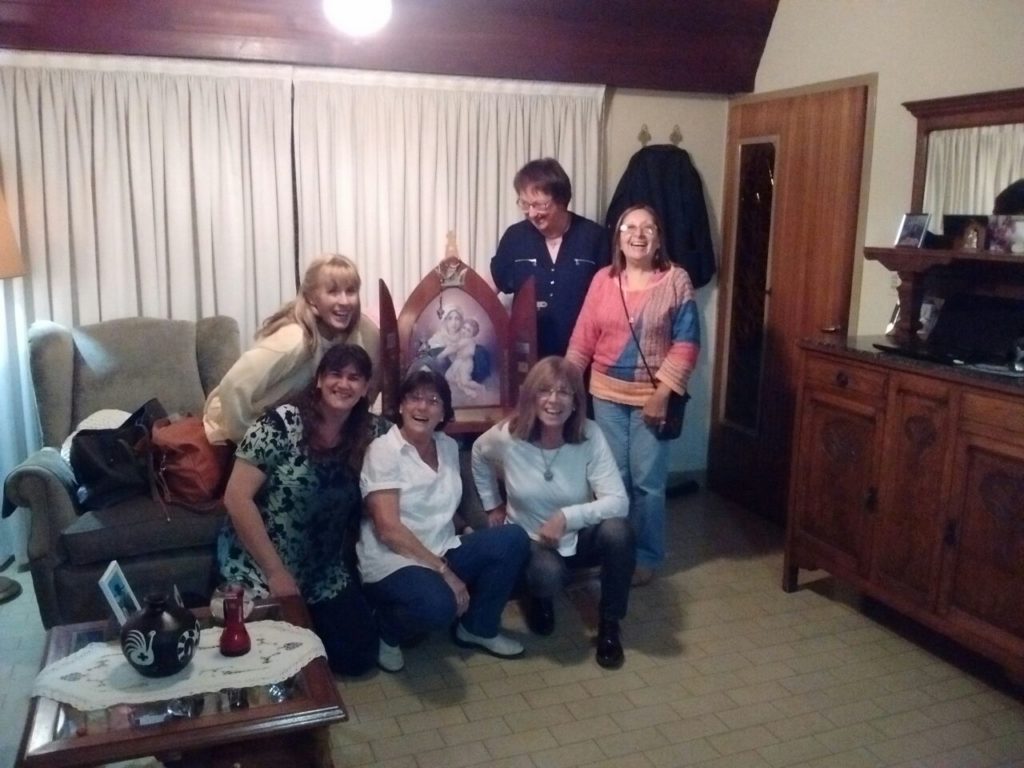 The most impressive thing were the participants’ real stories

The subject of the convocation was “The Church reaching out after Easter.”  The nucleus of Maria’s talks was taken from the Holy Father’s convocation to go out to encounter our fellowman, especially the most helpless. The Pope calls on us not to remain in our comfort zones and closed groups, that is in our “empty tombs,” with a paralyzed attitude, but rather, to go to encounter the risen Jesus enkindling ourselves in the fire of his love, which puts us on the way to take this Good News to our fellowman.

In these gatherings, Maria worked with group work dynamics, to encourage an exchange among the participants. It was enormously enriching to hear the testimonies, concerns and resolutions, to feel the lives of the people, and the importance of being active protagonists and not just spectators.

In Pehuajó, a woman insisted in sharing her testimony about how she moved away from God during a hard time of her life and how she returned to him by the Blessed Mother’s grace. In Bragado, young women that take the Pilgrim Mother to expectant mothers related touching encounters about how they grew in faith and joy through this apostolate. In Nueve de Julio, after the talk in the Cathedral, there was an exchange among the religious and missionaries that work in the diocese, and the Madrugadores about the faith experiences that seemed like the cenacle. 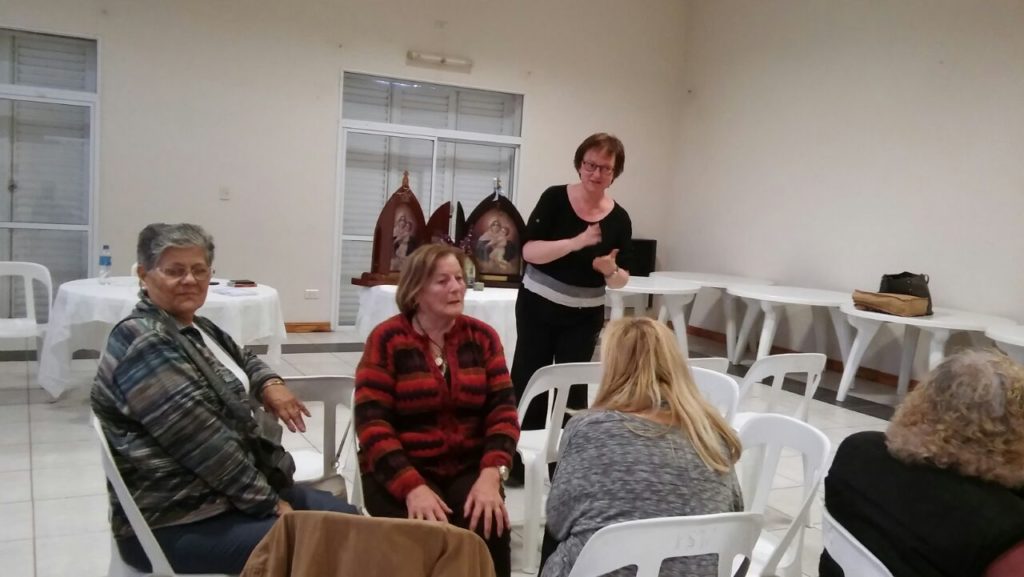 In Henderson, with the founding generation

Popularizing the Covenant of Love

Through this participatory and open call, we could again confirm how the Schoenstatt Rosary Campaign continues to open the way to popularizing, attaching, and reaching thousands of people to seal their Covenant of Love, as a springboard toward a renewed conquest of their dignity and divine filiation. People, who in these accelerated and globalized times, need to embody action and contemplation in a manner fitting to the times. The Covenant of Love is the response to these needs with its practical orientations for daily perseverance, and this why she urgently wants to go from her Shrine to reach so many needy children. Through the Campaign, a network of hearts is forged that allows stabilization in balancing the world and the communication networks, which departing from the social networks is not always used for the good of humankind.

A ministry in service of the most ignored

Maria’s talks and exchanges demonstrated the people’s great interest in embodying this popular form of a Schoenstatt reaching out, and the urgency of making it known as an offering for everyone. This is especially important in the parishes, where, fortunately there is already a great presence of Schoenstatters that collaborate with their pastors, and that at the same time, make the Schoenstatt Rosary Campaign known as a ministry in service of the most ignored. Not as an instrument to recruit people for Schoenstatt, but instead the opposite. Fortunately we were witnesses of this dialogue and exchange with the priests, which allowed the clarification of doubts. They were even present in more than one gathering.

Joao Pozzobon, founder of the Schoenstatt Rosary Campaign, showed us this spirit of spiritual communion in the mission, of that constant dialogue with priests and bishops, and of his daily spiritual union with the Holy Father. It is summarized in his phrase: “…that this great Campaign signified a spiritual flowering of the work of Schoenstatt…for the greater glory of Holy Church.” (Uriburu, Esteban J. Hero Today Not Tomorrow, p.79). 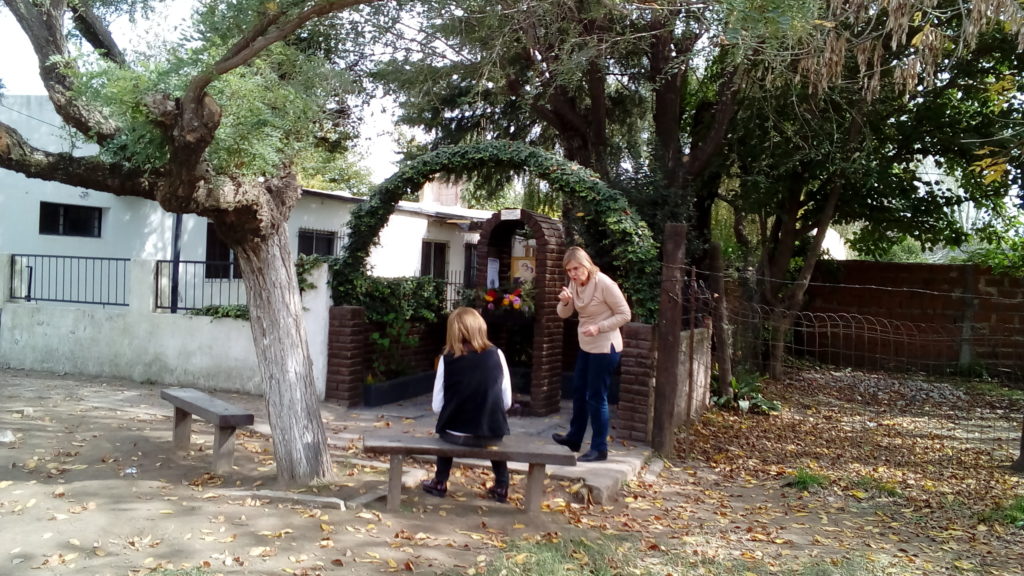 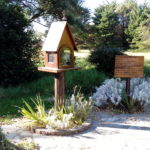 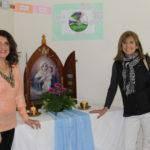 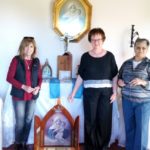 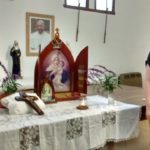 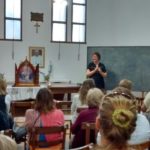 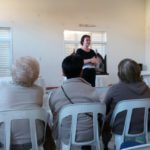 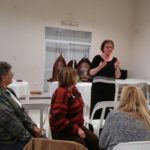 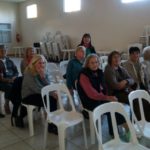