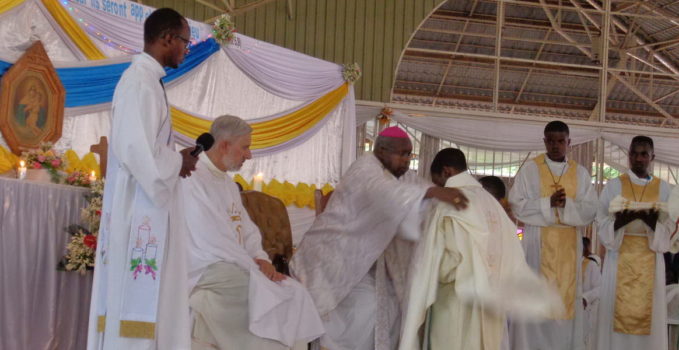 Priestly ordination in Burundi – a celebration for the entire family

Families, pilgrims and most of all other priests arrived very early in the morning. Everyone came to visit the Mont Sion Gikungu shrine, to pray, and to celebrate. Many of them came from Bukavu in the Congo, the native country of one of the ordination candidates.

Next the drums announced the beginning of the ordination ceremony, and Most Holy Trinity Church was filled with people. The choir sang songs, alternating the official languages of Burundi: Kirundi, Swahili, Lingala, and French.

Archbishop Evariste Ngoyagoye of Bujumbura welcomed the priests and especially greeted the large number of pilgrims who came from Bukavu to attend the ordination of Fr. Jean Marie. 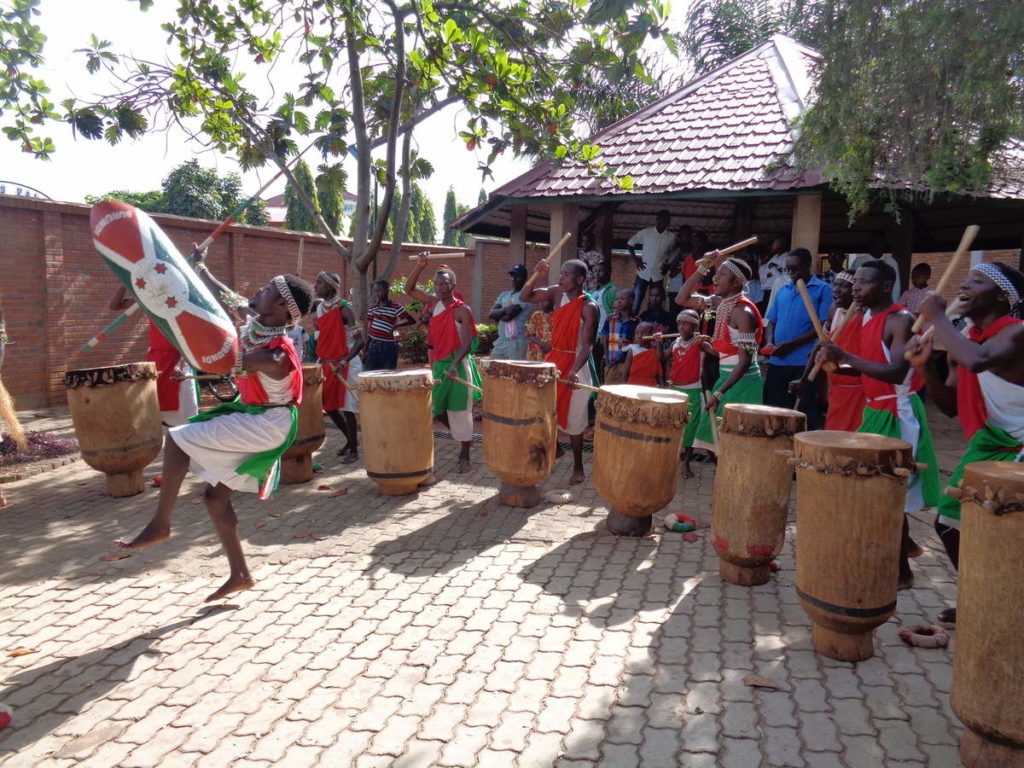 The solemn act of ordination followed according to the rite; it is the same as in all the countries of the world. First the candidates prostrated themselves on the ground, while the congregation sang the litany of the saints. Then came the imposition of the laying on of hands, the blessing, placing of the church vestments, the promises, and consecration prayer through which a man among men is taken and is consecrated for the service of all for life. These moments are breathtaking in emotions evoked.

There were congratulations, applause, and immense joy for the new priests and for their families. After the celebration, everyone danced with joy.

A time for speeches followed. The first one was Fr. Jean Marie’s on behalf of the two new priests, then a representative of the parents, the Provincial Superior of the Schoenstatt Fathers, the bishop among many other people who wanted to share some words in that celebration.

Then the two new priests gave their first blessing. The entire celebration lasted four hours, as is befitting an event of this importance. The best thing was that the celebration continued! 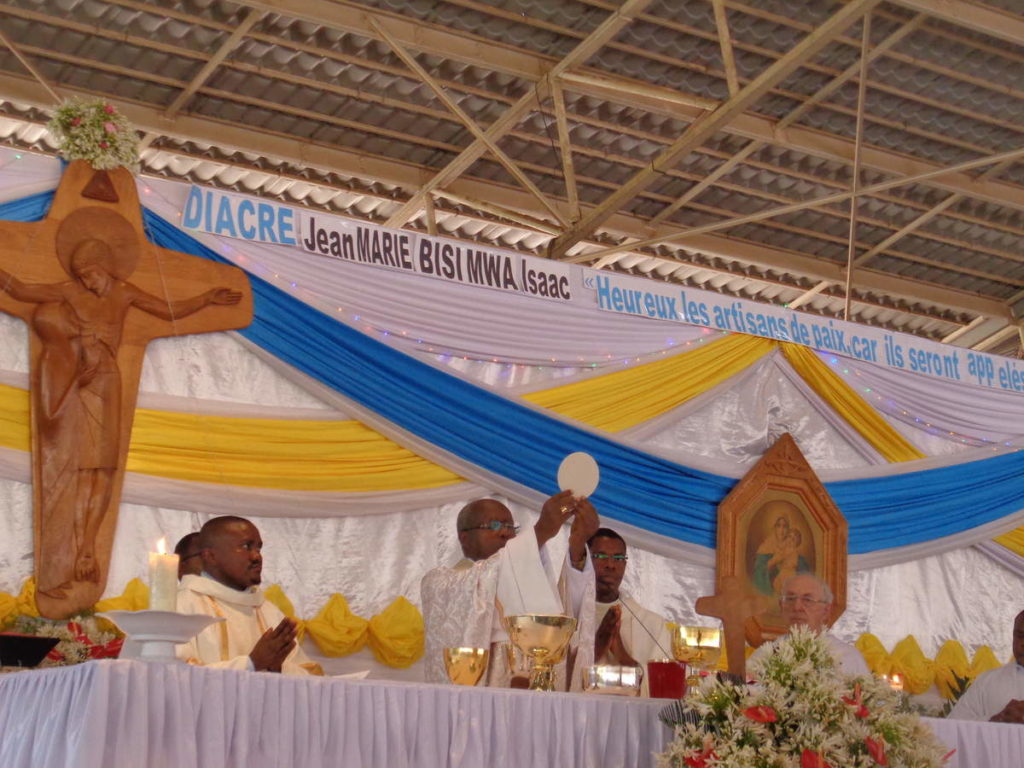 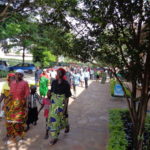 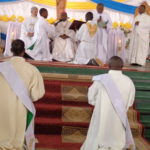 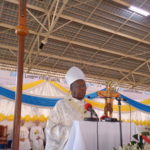 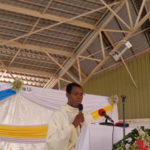