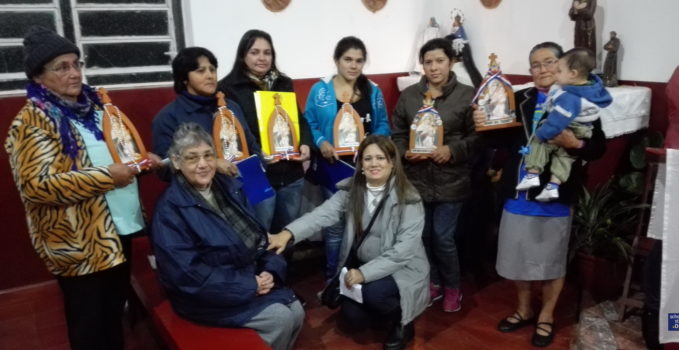 Heroic childlikeness and the Blessed Mother: an unrivaled team

The story begins in the Diocese of Encarnación, Itapúa department, Paraguay, by the Blessed Mother’s hand, and it begins with Luciana Ester Valenzuela de Roman, this family’s first missionary of great heroic childlikeness.

Luciana took a Pilgrim Mother to her sister, Dionisia’s home, and she asked her to pray, to pray for her family, for everything, for the daughters that were to be given to her.  At that time, Dionisia did not know how to pray the Rosary, but in time, the Blessed Mother taught her to pray along with many other things: blessing her family, her daughters, and her marriage with much love, and she changed the family; showering greater love and understanding among them.

Then the invitation to become a missionary came.  It happened at Chiquita’s house, she did not know where she was going or why she went.  She heard the talk, and she immediately accepted the call to be a missionary, the second one in the family.

May the Pilgrim Mother come to Paso Guembe! 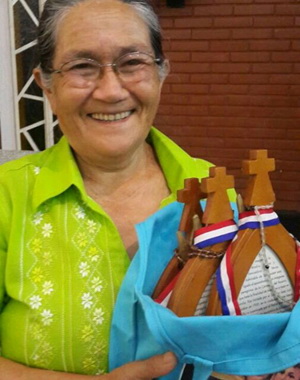 Then she conquered her sister Edid’s heart.  After Edid, she conquered Doña Liduvina, their mother, who is illiterate, but gifted with a special form of understanding.  She became a missionary at her daughters’, Edid and Luciana’s, invitation, and she attended a talk for new missionaries with her daughters-in-law, Maria and Celia.

This is a story without an ending, because this mission is ongoing. The Blessed Mother’s love is unending.  It continues with Doña Liduvina, and her deepest desire to conquer hearts in their land, Paso Guembe, a section of Santisima Trinidad, a district and city of the Department of Itapúa, Paraguay, known for having one of the area’s most important Jesuit missions: the Jesuit Mission of Santísima Trinidad del Paraná.

Through her daughter Dionisia’s courage in coordination with Julia and Rodolfo, the current leaders of the Schoenstatt Rosary Campaign in the Diocese of Encarnación, they held the first gathering on a March morning in St. Francis Chapel.  The idea was to explain the Schoenstatt Rosary Campaign and to invite those who wanted to become part of this great apostolate. After a cycle of talks, there was a second gathering on a cold Sunday morning in April.  They again gathered to continue talking about the importance to learn about and to get to know the Blessed Mother, to continue in her footsteps and to be her feet, and to review the list of those who registered as new missionaries. There were doubts, some dropped out, there were requests for further explanations, and there were fears and anxiety!  People came, who were unable to attend the first talk, and who were interested in extending the Campaign even further to places that were far away!  Moreover, as always, Doña Liduvina presented every explanation with care and great charisma and with her unconditional love for the Mother Thrice Admirable. She gave what she knows how to do:  her own testimony of going on mission with her joy-filled soul, and of course, as is customary in Paraguay’s interior, spoiling them with delicious meals, which she invited them to share in the community. 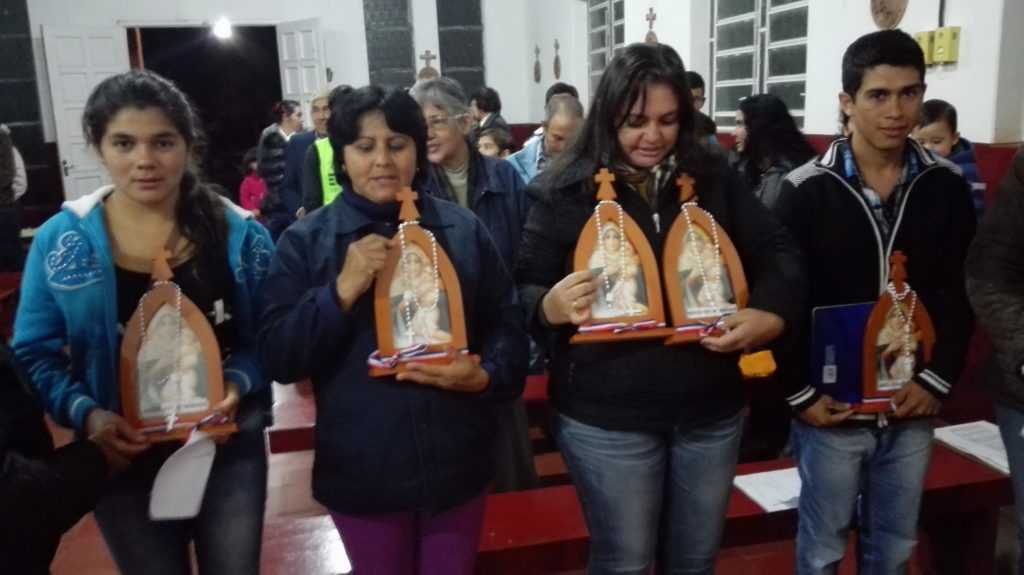 With this very strong desire to expand of the Schoenstatt Rosary Campaign, it became a reality, and they set 10 May as the date for the commissioning of the Pilgrim Mothers with a Mass celebrated in the chapel. Fr. Rene Noguera approved that date, and they experienced this very important ceremony as a community:  the commissioning of five Pilgrim Mothers in the modalities of work, family, and youth so that the Blessed Mother may live and reign more strongly in Paso Guembe!

With vigor and work, Doña Liduvina fulfilled the desire to conquer the hearts of many of her children to take Jesus with our Mother to every home, to every family, and to every work place. 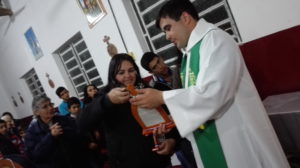 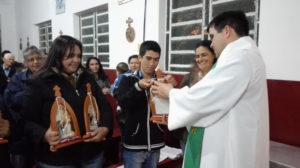 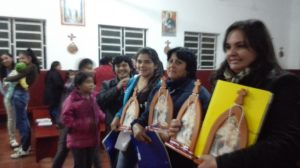 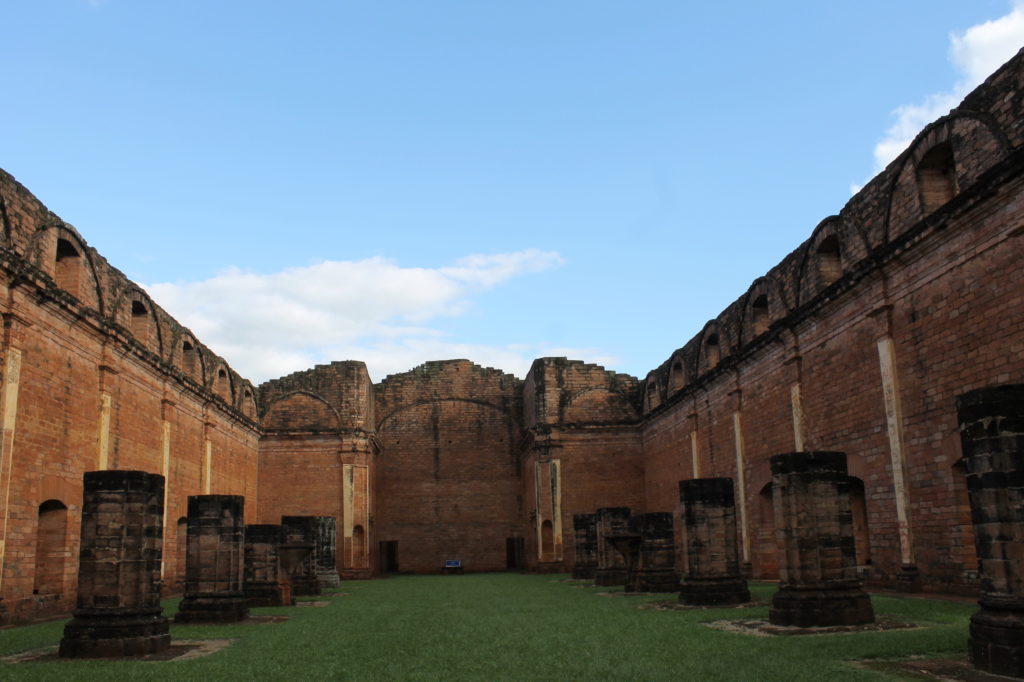