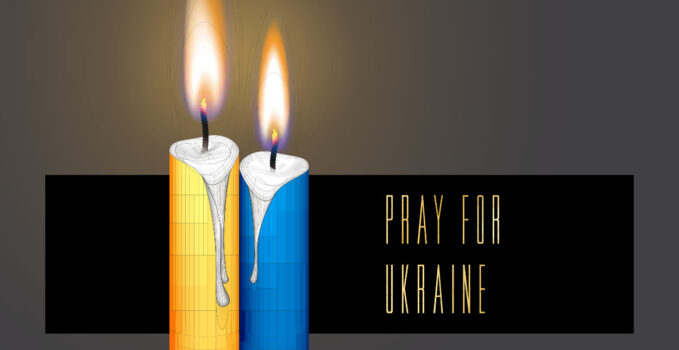 Posted On 2022-03-05 In Covenant solidarity, Schoenstatt - Reaching out

“Only the prayerful can still succeed / In stopping the sword above our heads / And wresting this world from the judging powers / Through a sanctified life.” I am reminded of this quote by Reinhold Schneider, often heard during the Second World War, these days when I follow how much politicians and representatives of social society are trying to end the disaster in Ukraine and to come to the aid of the suffering population. —

In many German schools, children had the day off from school on Thursday to protest, this time not for the climate, but for peace. On day seven of the war, it was suggested that church bells be rung at 7 o’clock in the evening.

In Russia itself, calls have been made by imprisoned Putin opponent Nawalny to take to the streets at 7 p.m. in the evening to protest the war. Those who respond to this call risk arrest, imprisonment…. 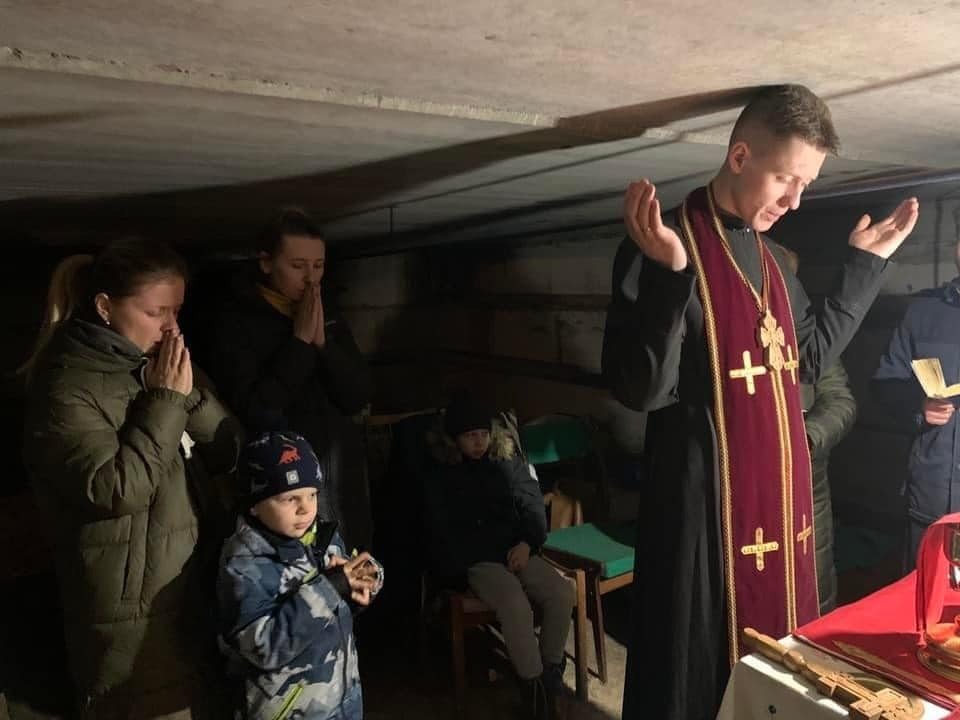 Holy Mass in a bomb shelter in Kyiv

And we Schoenstatters in over a hundred countries of the world?

We Schoenstatters in the 136 countries of the world are different. Can’t all of us who have sealed the Covenant of Love with the Blessed Mother implore our Thrice Admirable Victress every evening at 7:00 p.m. to intercede with her Divine Son for peace in the world?

Three Hail Mary’s for peace every day at 7 p.m.

Of course, we can also light a light in front of the home shrine or pray the rosary to the Queen of Peace together in a chapel. The main thing is to do something… 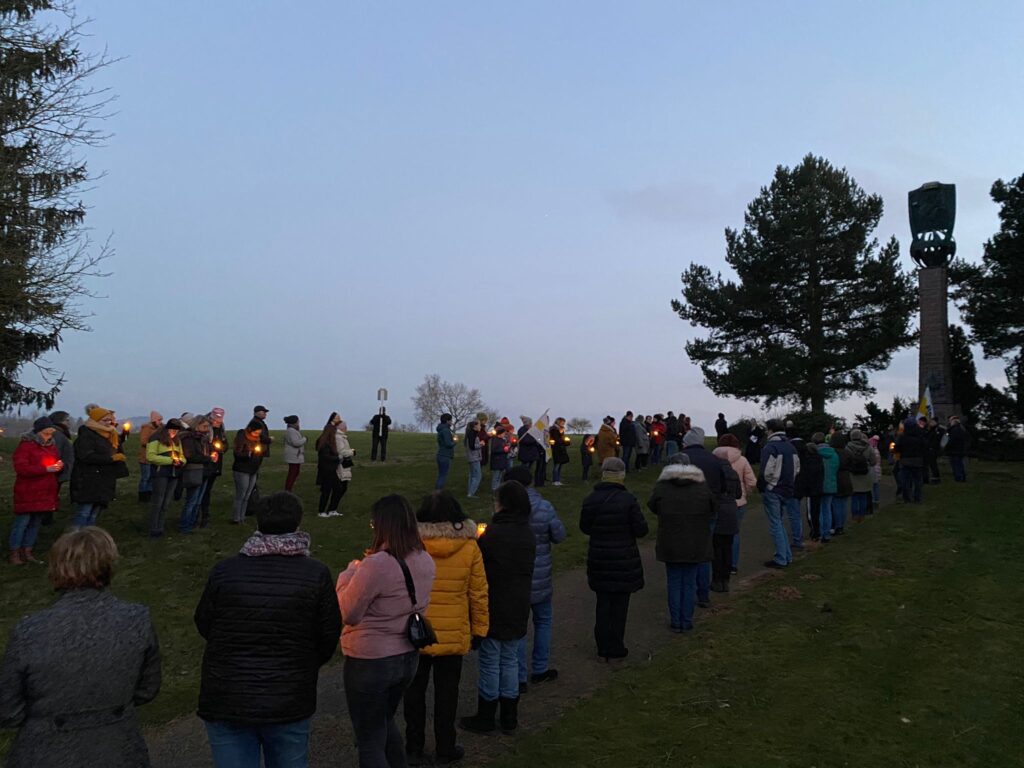 Many Schoenstatt members are already doing something – in the parishes and the dioceses, or together with other movements that had called early and efficiently for commitment to peace – to prayer, to donations like the Focolare Movement, to petitions like Sant’Egidio.

On Ash Wednesday there was a rosary prayer for peace in the Original Shrine.

Last Friday evening, Schoenstatters organized a chain of lights from the Schoenstatt chapel in Dietershausen to the Victory Column, which was once built for the cold war. Sabine Merdes hoped that “today evening at 6:00 p.m. as many as possible will pray with us.” 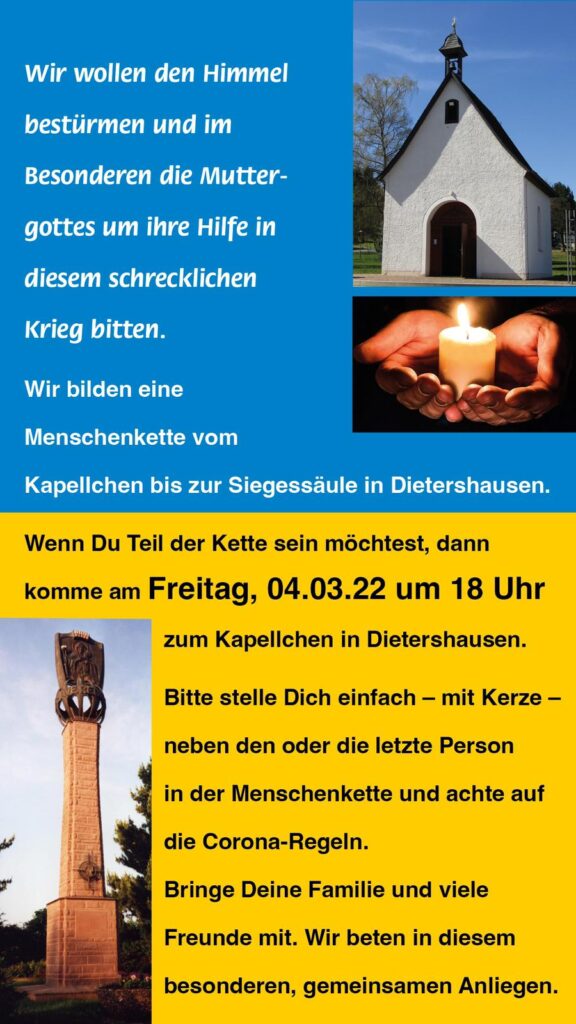