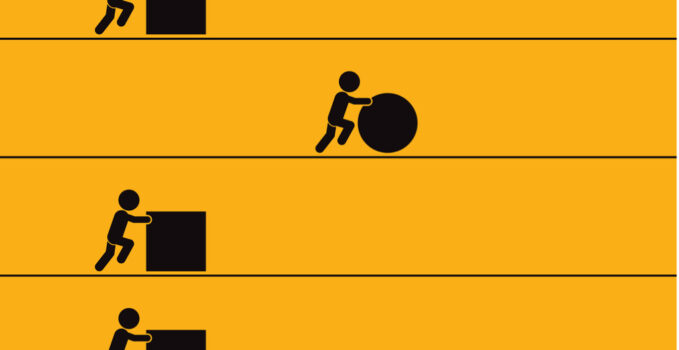 “But I must also express gratitude to those who are not yet alive, to those who are coming. Yes, what will Schoenstatt become if the coming generations are not seized and permeated by the same spirit as we are? Doesn’t this have to remain the law in the Family for all times: Each generation must conquer Schoenstatt anew.” This is a small part of an address by Father Kentenich. He said this on August 11, 1935, in the context of his Silver Jubilee as a priest.  —

Now I see that time has come when we must conquer Schoenstatt anew. The entire Schoenstatt Family has come to a point where it is stuck. This can be seen well in the Kentenich case. Here Kentenich does not seem to be questioned. I particularly remember a lecture at the (German) October Conference 2020. There were various lectures, many of which dealt with the (abuse of power) accusations against Kentenich. Talking about these lectures, the people with whom I exchanged ideas about the lectures, regarded them too little critical of Kentenich. Sure, I also think that many of the accusations will sooner or later prove to be groundless, however, we as a Schoenstatt Family should be critical of Kentenich and not almost “unconditionally stand behind Kentenich.”

But this is just one example of how Schoenstatt, in my opinion, needs to evolve in order to be understood by other Christians.

We all live in a time in which many things have changed and will change. A great leap in technology, the Corona crisis, climate change, the clear acceptance of homosexuality, diminishing Christianity, sexual abuse of priests, and much more.

Can I still see my future in Schoenstatt?

This brings me personally to the decision to reflect on myself and my attitudes. Is it still good to be a Christian? Can I still see my future in Schoenstatt? How much can I take quotes from Kentenich to heart?

For me, the answer to these questions is clear. It is more than right today to be in the Church and with Schoenstatt as a young person. But a silent yes-man? No, I can’t do that! I must not stop questioning the Church, Schoenstatt and myself. I should constantly look at what is going right and what is going wrong. What is going wrong, and here I see the above quotation from Kentenich as confirmation, I must address and, if necessary, change. We as youth have the task of conquering Schoenstatt anew. In keeping with the Boys’ Youth slogan “Forging the Future – In the Embers of the Founder”, we should make Kentenich’s Work fit for the future, so that we do not, as the above text goes on to say, stand “on the whole before the graves of our Family”.

In the dialogues I had through the first draft of this text, I was asked about the point of being “stuck.” My interlocutor contradicted me at this point and drew my attention to the publication of Sebastian Tromp’s visitation report; Interestingly, in a Schoenstatt publishing house. However, for me this is “only” a first step in the right direction on the path. Namely, on the path that leads to a more conscious approach (the many positive points, but also the negative aspects) to Father Joseph Kentenich.

United in the Covenant of Love

Stefan from the Boys’ Youth Trier