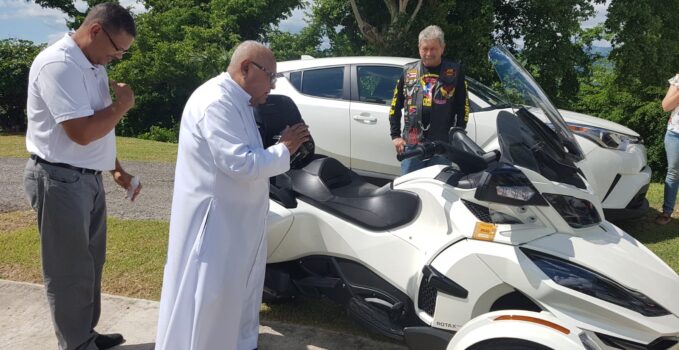 Posted On 30. November 2019 In Schoenstatt - Reaching out

“If two or three of you on earth agree on any matter, whatever you ask, it will be granted to you by my Father in heaven.” (Mt 18,19) This was the spirit with which Catholic motorbike riders in Puerto Rico visited three Schoenstatt shrines to pray to our Blessed Mother Mary for the health of our sick brothers  and sisters. —

Under the heading: “Three Shrines, One Prayer” the Catholic motorbike riders, the Lobos Riders, L.A.M.A. (Sections Arecibo, Cabo Rojo, Lares and San Sebastian), the Schoenstatt motorbike riders and other independents took part in a pilgrimage for the second time in succession on Sunday, 27 October 2019. They visited all three Schoenstatt shrines in Puerto Rico. The motivation was to pray for the health of our brothers and sisters who suffer from cancer, diabetes and incurable illnesses. 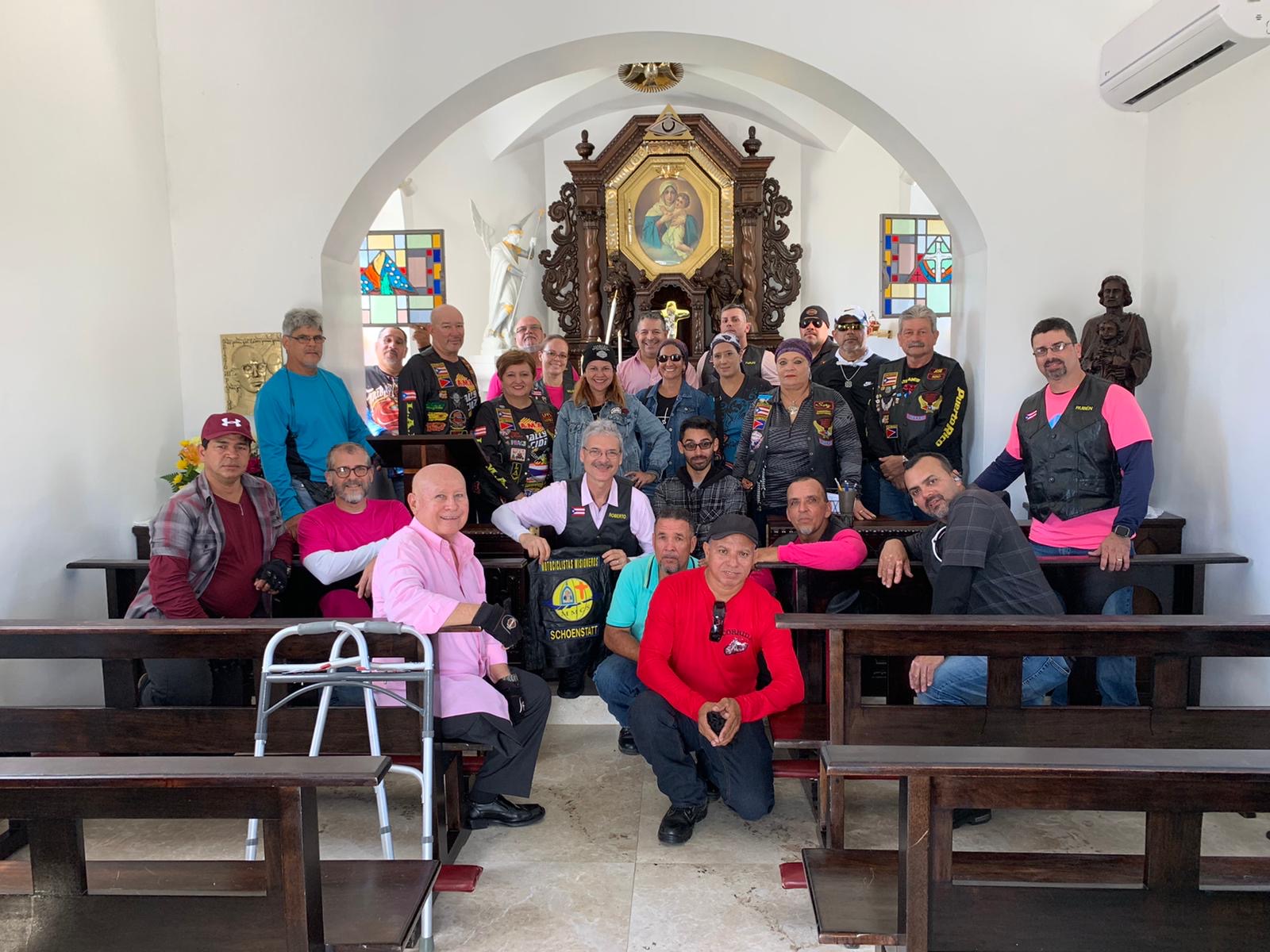 The group in one of the shrines

Safety jackets in the national shrine

The pilgrims gathered early in the morning in Puerto Rico’s national shrine, the Shrine of Solidarity, in the town Cabo Rojo. Juan Gonzalez, organizer of the event and member of the Latin American Motorcycle Association (L.A.M.A.), Arecibo Section, explained the route for that day. There they prayed the first two decades of the Glorious Mysteries of the Rosary.

For their part, the Schoenstatt Motorbike Missionaries used the opportunity to collect the jackets they use when they go out and showed them to their brothers. They were left behind in the shrine by the motorbike riders, and the Sisters of Mary have kept vigil beside them as an act of self-surrender and “blind trust” in the Blessed Mother, and to ask for her special protection on their mission. 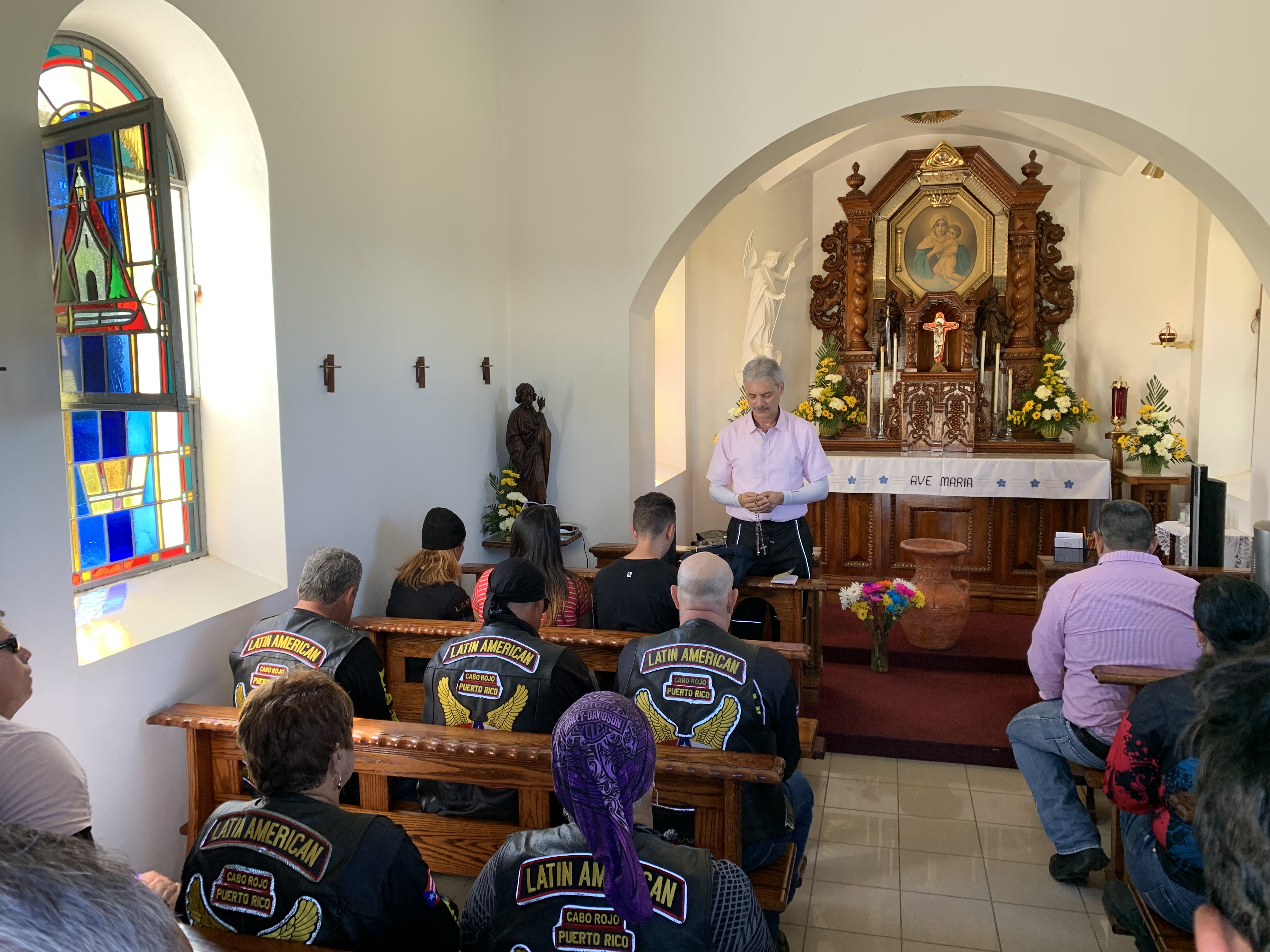 After travelling 88 km in an easterly direction they arrived at their second stop, the Cenacle Shrine of the Immaculate Mother of the Redeemer, in the town of Juana Diaz. There they prayed the third and fourth Glorious Mysteries of the Rosary. After lunch in the central town, Adjuntas, they set off for the Magnificat Shrine  in the town, Hatillo (86 km in a northerly direction), where they prayed the Fifth Glorious Mystery and the Litany of Humility.

Their tiredness after more than 174 km could not dampen the joy and satisfaction the motorbike riders felt at the end of their journey. It had been a lovely day with rich blessings not only for the sick, for whom they had prayed, but also for all present. The third edition of “Three Shrines One Prayer” has already been agreed on for next year. 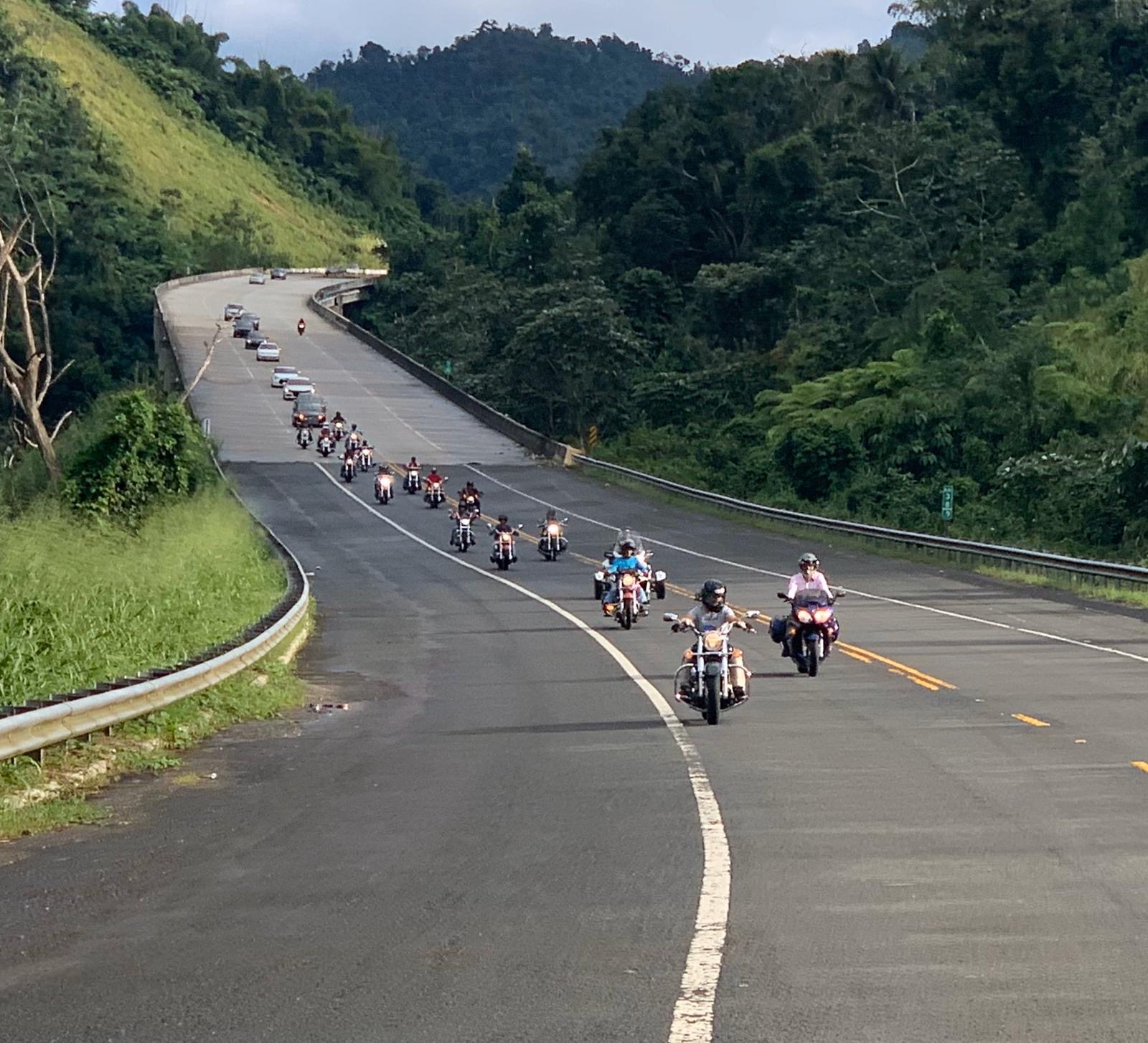 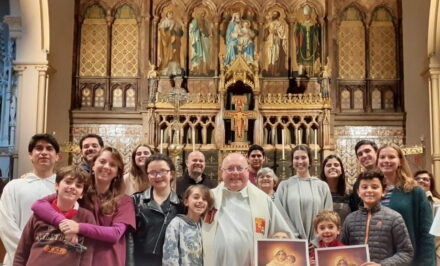 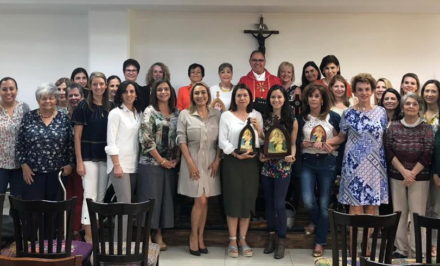 “I loved it!” – and they’re going to participate in my group!