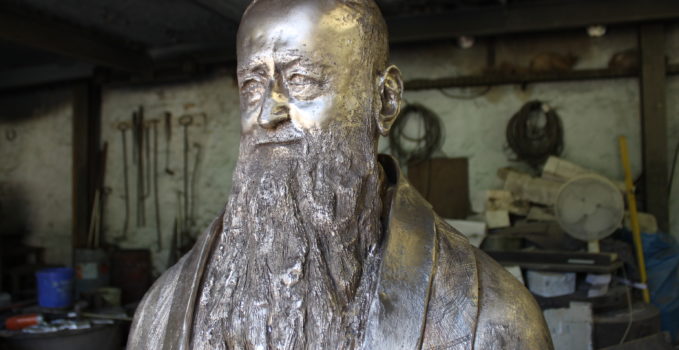 I am present in each depiction, united with him

“Some friends asked me if it was painful for me to separate myself from my work. I commented that I go with the father, I go and I remain with him. I am also present in each depiction, united with him.” Comment from the sculptor Juan Fernández a few days after sending Fr. Kentenich’s statue to Costa Rica.—

I had to really rack my brain to figure out how I could piece together one article that included all the richness, the testimony, the artistic information, from Schoenstatt and also the personal stories, which I gathered in a four hour interview in the Engelsdorf castle, on a hot afternoon at the beginning of August, when Juan Fernández opened his workshop and his personal memories of Fr. Kentenich. We spoke for hours abut his mission to embody an authentic and “living” figure of Fr. Kentenich, both from a sculptor’s professionalism and the childlikeness of someone who had the privilege of knowing him personally and closely, so close that there is even a name for it: “my potato”.

And whilst I had almost three hours of recordings, with two videos and abundant photos and the task of condensing all of this into a single main message and no more than three lateral messages related to the main one, in 2,000 words or less, I received this comment, which contained everything: “Some friends asked me if it was painful for me, to separate myself from my work. I commented that I go with father, I go and I remain with him. I am also present in each depiction, united with him.”

The statue of Father Kentenich, destined for Costa Rica, was no longer in the workshop and was well packed for transport by plane in a wooden box, where it waited for the customs inspection and then the flight to Costa Rica on August 23, 2018. Before that, the artist had made the final arrangements with great professionalism and care.

At the beginning of August, when the statue was still in the workshop, when he spoke of his professional philosophy and what it meant to have the privilege, the gift and the task of authentically presenting Father Kentenich “as he stood, as he held his hands, as he looked”, one could feel his passion for his work, which is at the same time his passion for Father Kentenich.  “I do it for future generations”, he told me, indirectly answering my question, that question of our generation that did not have a personal experience with father, but with “the disciples”, with those who still knew him: “Will we be able to transmit Fr. Kentenich`s  charisma and person?”

The Family of Hope’s statue is his work in every detail, and that is why he signed it with his name. It is his work of depicting Father Kentenich, and it is a work that was not made to stay in his workshop, but rather to come out. All of Schoenstatt and every Schoenstatter during the Year of Father Kentenich and every coming year has the mission to be and to create a representation of Father Kentenich, “his work” in every detail, in every shade, in every originality, but not to keep the work for himself, but rather to bid it farewell and send it out into the world. 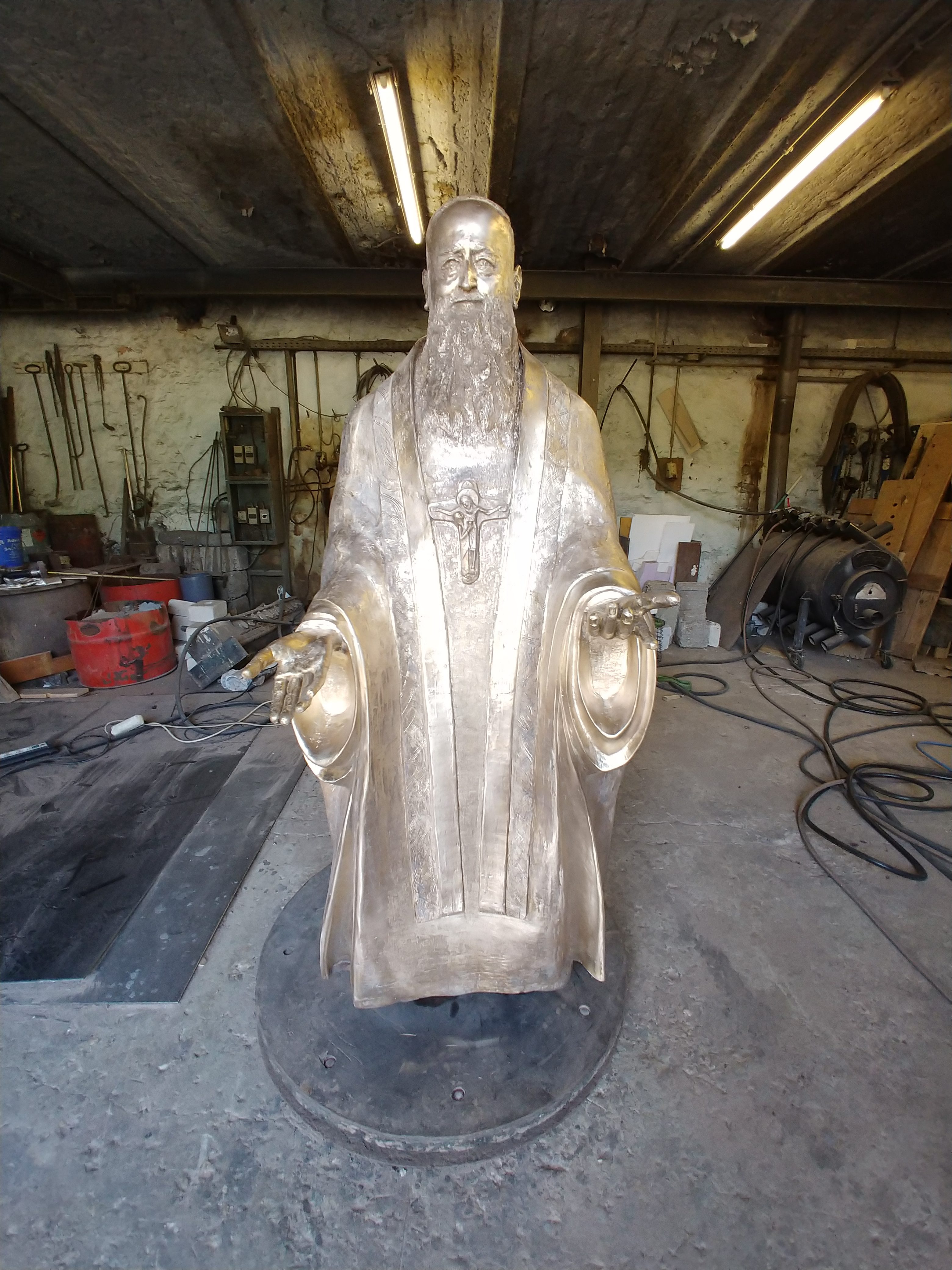 “I am also present in each depiction, united with him”

One cannot avoid thinking about the potato, “a nickname or a real symbol, that he shared with profound joy on the eve of the 50th anniversary of the death of the Schoenstatt founder. The reason for that joy, like Fr. Kentenich explained to Juan, is the meaning of this nickname: the potato peel cannot be removed without also taking something from within with it. That is the union that Fr. Kentenich had with his spiritual sons and daughters, and that he personalized in his relationship with our sculptor. It was an attachment that is always personal, hence the name “my potato”, as Fr. José María García explained in his article written after the meeting with Juan Fernández. 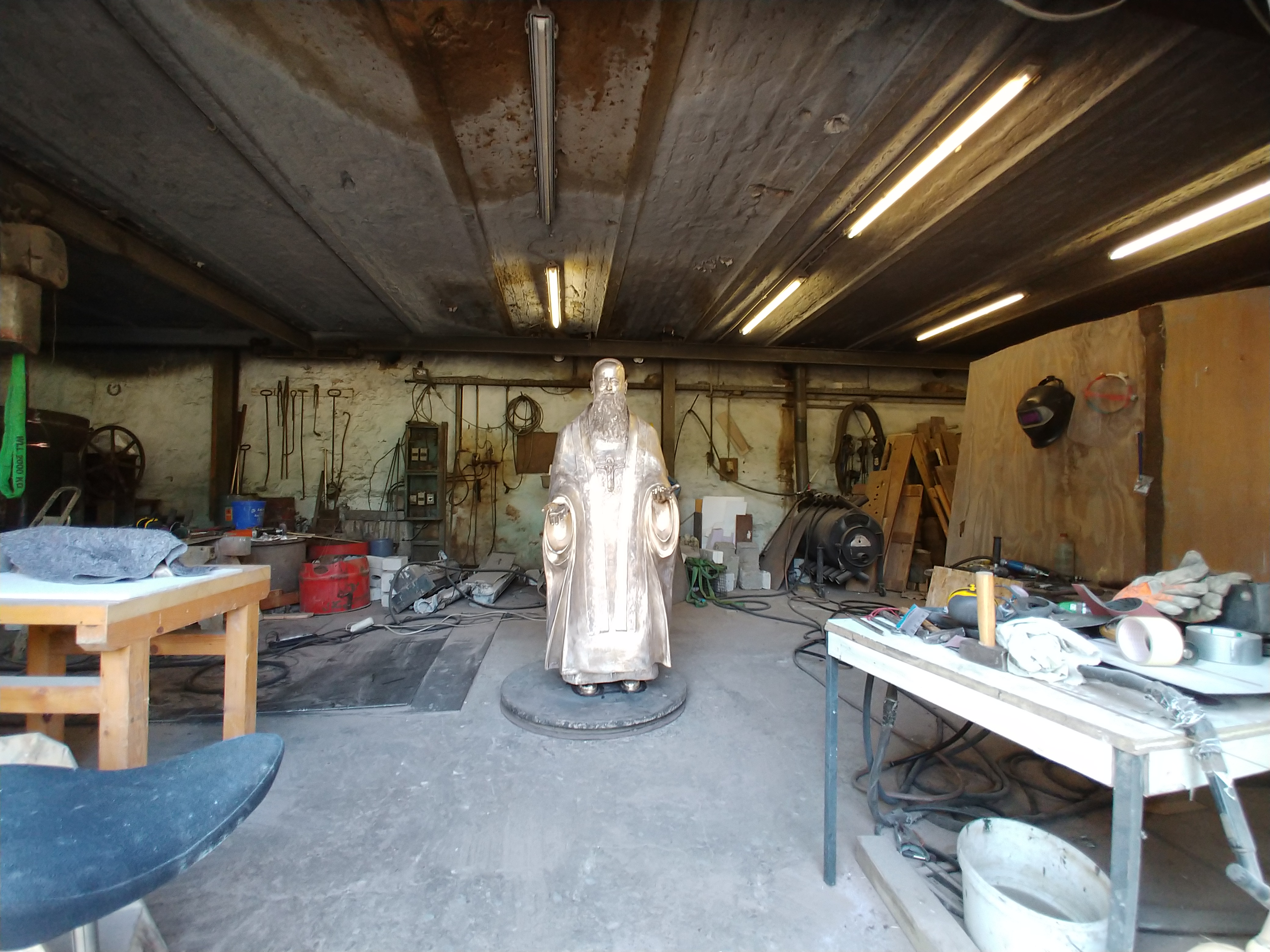 From the workshop to the real world