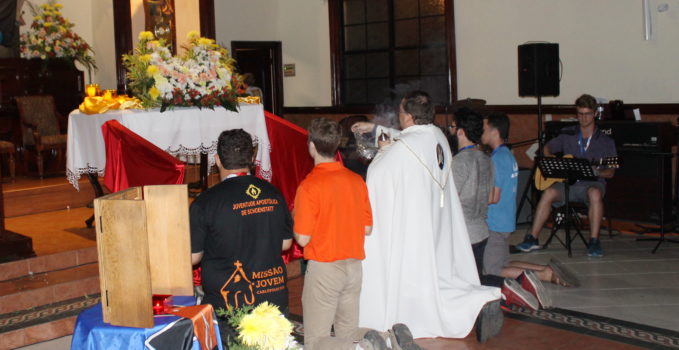 Experiences, impressions of a home away from home at WYD 2019

HOW I EXPERIENCED WYD2019, Justin Muller and Zachary Erick Larson •

The Schoenstatt Spiritual Center at San Francisco de la Caleta Parish in Panama City was the Schoenstatt Youth`s joint contribution to World Youth Day and sponsored in a special way by Members of Schoenstatt’s University of Texas/ Austin Men’s Branch along with Fr. Jesus Ferrás.  Two of them, Justin Muller and Zachary Erick Larson share their experiences and impressions: 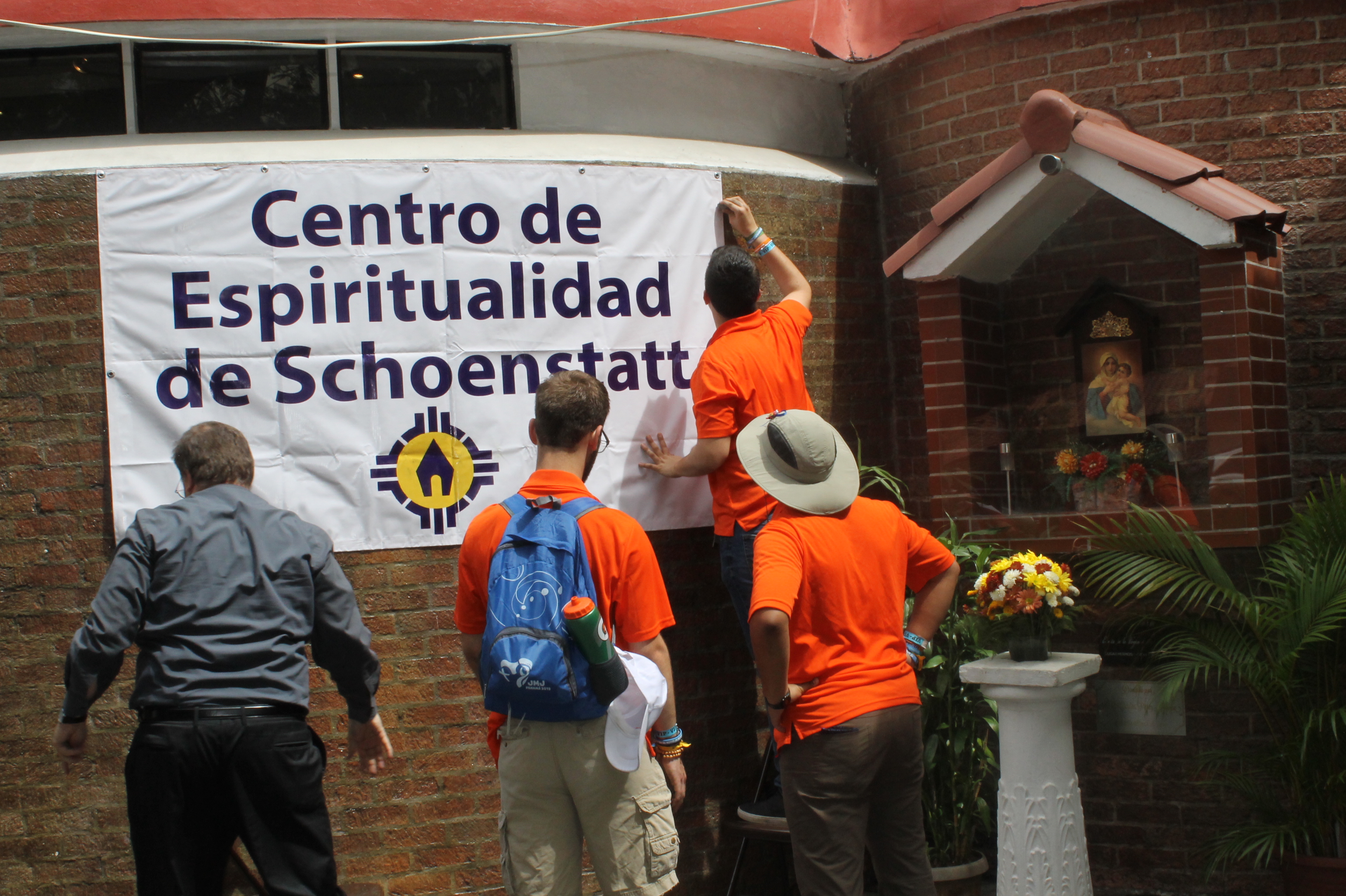 What the Schoenstatt Spiritual Center means to the Schoenstatt youth and to me? I say and can only speak for myself that having a place, a center at the WYD gave me an opportunity to really plant a root in community here in Panama.

I had an experience in Krakow as a normal pilgrim, but I had not had the opportunity at that time to work and to serve in the area at all, so this was the opportunity to have a real connection to the community, to the volunteers, we provided adoration to the volunteers as for the pilgrims, and then I had a lot of time just hanging around at the parish, being with my friends who were working there, and that gave us the opportunity of kind of slow down things a bit, because WYD tends to be a bit hectic, and honestly, the experience here was a lot more personal around here. That is what it meant to me and for us as a group, I can only guess it was this experience of providing, and not be just receiving. 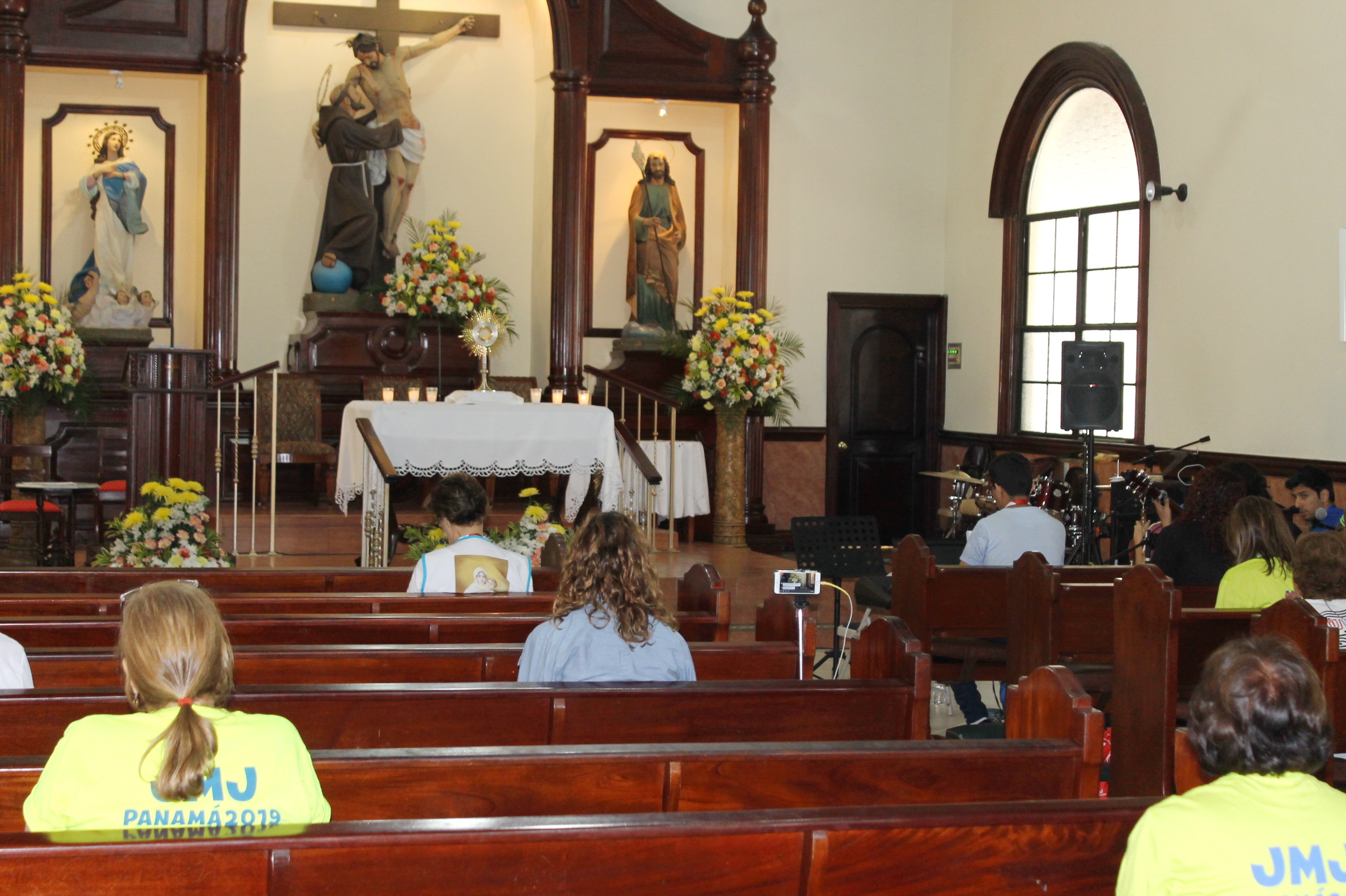 I came into this experience of WYD pretty much ready to work. Father Jesus invited…

And so what began to really motivate me on the day to day was imagining the way that we transmit Schoenstatt spirituality being something that could bring a lot of hope to people— the way we take care of each and every one of the liturgical details, the way that we decorate the chapel to be more like the shrine, to be more like a home, to be a very warm place of encounter with Jesus… Those things began to motivate me to make extra effort… and for me… I mostly played the guitar and sang for some of the Adoration, and I also participated in the liturgical aspects…  But what really motivated me was offering those songs that would allow people to enter into… to open their hearts, and to awaken their hearts and turn to enter into a deeper prayer and meditation, especially being able to sing songs in Spanish for the parishioners that would arrive…

It was mostly parishioners and volunteers on the first day, so it was great to already know some songs in their language that they could really appreciate and go deep with. But more than that, I think one of the best things that we offered amid all the noise and all the excitement of WYD was the spaces between the songs, where each of us read a meditation that we had prepared, and we invited each of the people there to remain in silence for several minutes. I think that was one of the greatest things that we were able to offer for— firstly those parishioners and volunteers on that first day—but as the events gained more and more attention more different pilgrims from around the world joined us…. We saw people from Australia, people from Brazil, people from Mexico, Panama of course who weren’t at the parish, other Panamanians that came and just wanted to spend time with the Lord and left refreshed and kind of more connected to our Lord because of the time in silence… And I think that was one of the most special things that we wanted to offer was that special space for people to be at peace with God in the quiet. 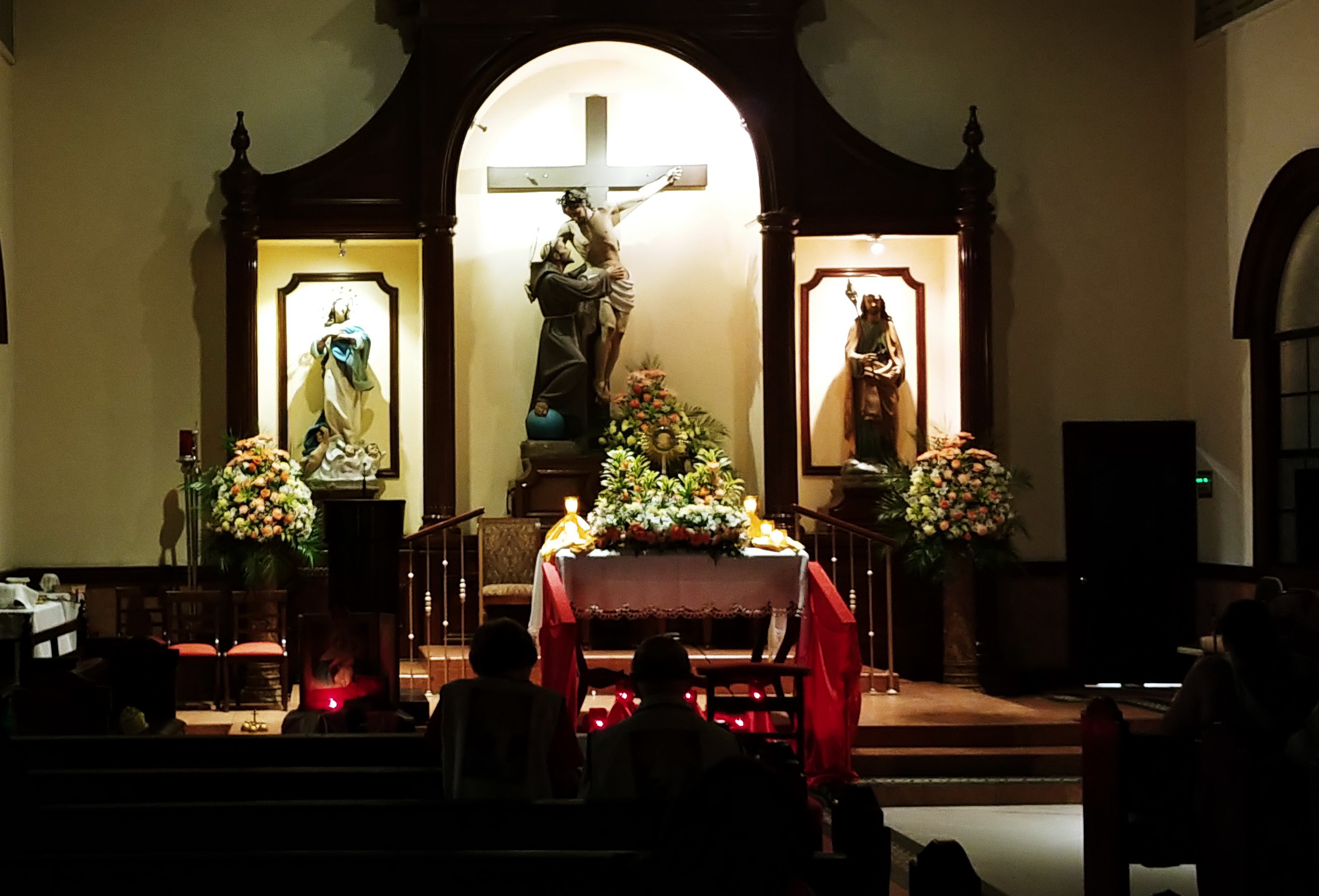 And whenever things became very hard and my voice got very tired or my hand got tired from playing the guitar, I was continually motivated by the support of our other singer and guitarist, Rueben, who always was able to step up and relieve me whenever I needed it, but also the support of the other guys, and in our Branch from the Schoenstatt University Men’s… And I think for me just seeing the testimonies of people after the Adoration really inspired me. There was one woman who was a parishioner at St. Francis de la Caleta, who really inspired me with her deep joy that she found just in seeing the youth celebrate the Lord in the Eucharist. She in particular was just very moved and kind of found a new youthfulness in herself and in her own heart and her own relationship with the Church because of what she was able to encounter with the Lord… and for me that was… I’ll always remember the way that her face looked after the first Adoration— just completely lit up with joy— and for me, you know, whenever things got hard, I would think about her, and think about how, you know, she is able to bring that joy to her children, to her husband, and to her family because she’s really had a deep encounter with Christ. And so those are things that continually motivated me throughout the week and gave me a lot of joy. 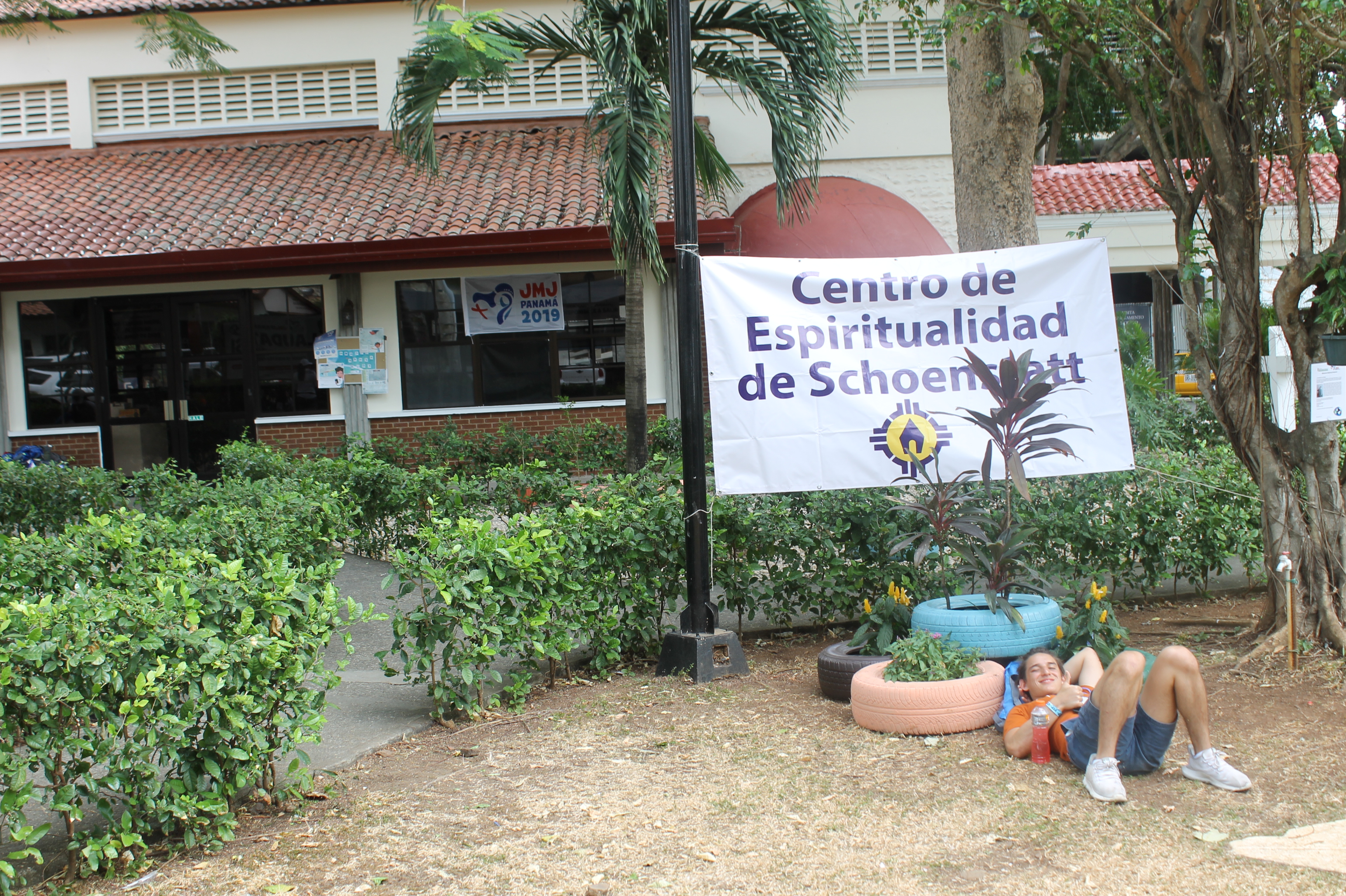