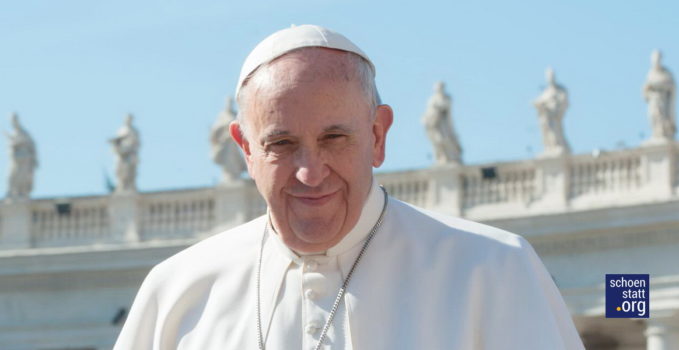 I fear Christians who do not keep walking, but remain enclosed in their little niche

I fear those Christians who do not keep walking, but remain enclosed in their own little niche.  It is better to go forward limping, and even at times to fall, while always trusting in the mercy of God, than to be “museum Christians” who are afraid of change.  Even though they received a charism or vocation, instead of serving the eternal newness of the Gospel, they are caught up in defending themselves and their own roles.”

A strong message from Pope Francis, along the lines of the Aparecida Document and a key theme of his papacy. Evangelium Gaudium. A Church that reaches out. A Schoenstatt that reaches out: Every great expression of a desire, an ideal, a commitment, runs the risk of being emptied of reality, of its concreteness and become just a slogan, repeated like the “Amen” and the end of a homily or “everyone went home happy” at the end of some Schoenstatt articles.

“Reaching out” or when words stop compelling us, they become useless.

When words stop compelling us, they become useless. This is why it is important to hear the words “A Church that goes out” in clear and concrete terms like Pope Francis described on 23 June that show us how and in which situations the newness of a charism is under threat through fear, power, tasks and the temptation to keep it in a museum.

This is was his message he received the participations of the 75th International Convention of the association of laity, inspired by St. Junipero Serra, who came from various parts of the world for the meeting in Rome, with the theme of “Siempre Adelante [always onwards]: The Courage of Vocation.”

“In the joy of the Gospel, and with that boldness typical of the Christian mission, you have gathered here to discover anew, at the school of the Master, the meaning of every Christian vocation: to offer our lives as a gift, “anointing” our brothers and sisters with the tenderness and mercy of God.”