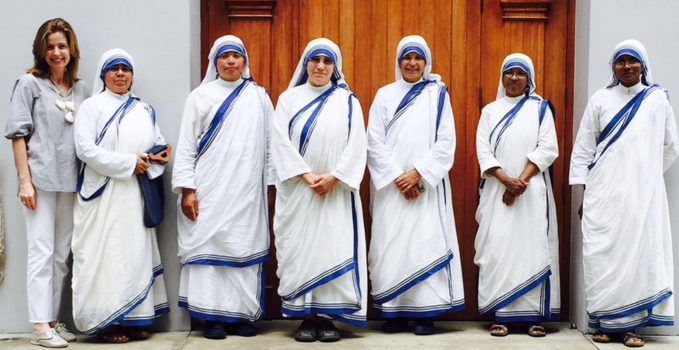 They feel very united to Schoenstatt through the Unity Cross that St. Mother Teresa adopted for her congregation of Missionaries of Charity priests and for her order in general following Christ’s call “I am Thirsty.”

Fr. Pedro Pablo Celis, a Chilean Schoenstatt Father, kindly welcomed them, and he invited them to continue to visit the Shrine.

Later they entered the Shrine and spent time in prayer. Upon leaving they commented: “Inside the Shrine, we felt as if we were resting in the Blessed Mother’s heart.” “We arrived at our Mother’s home,” and like the disciples at the Transfiguration, they exclaimed, “It is good to be here.” 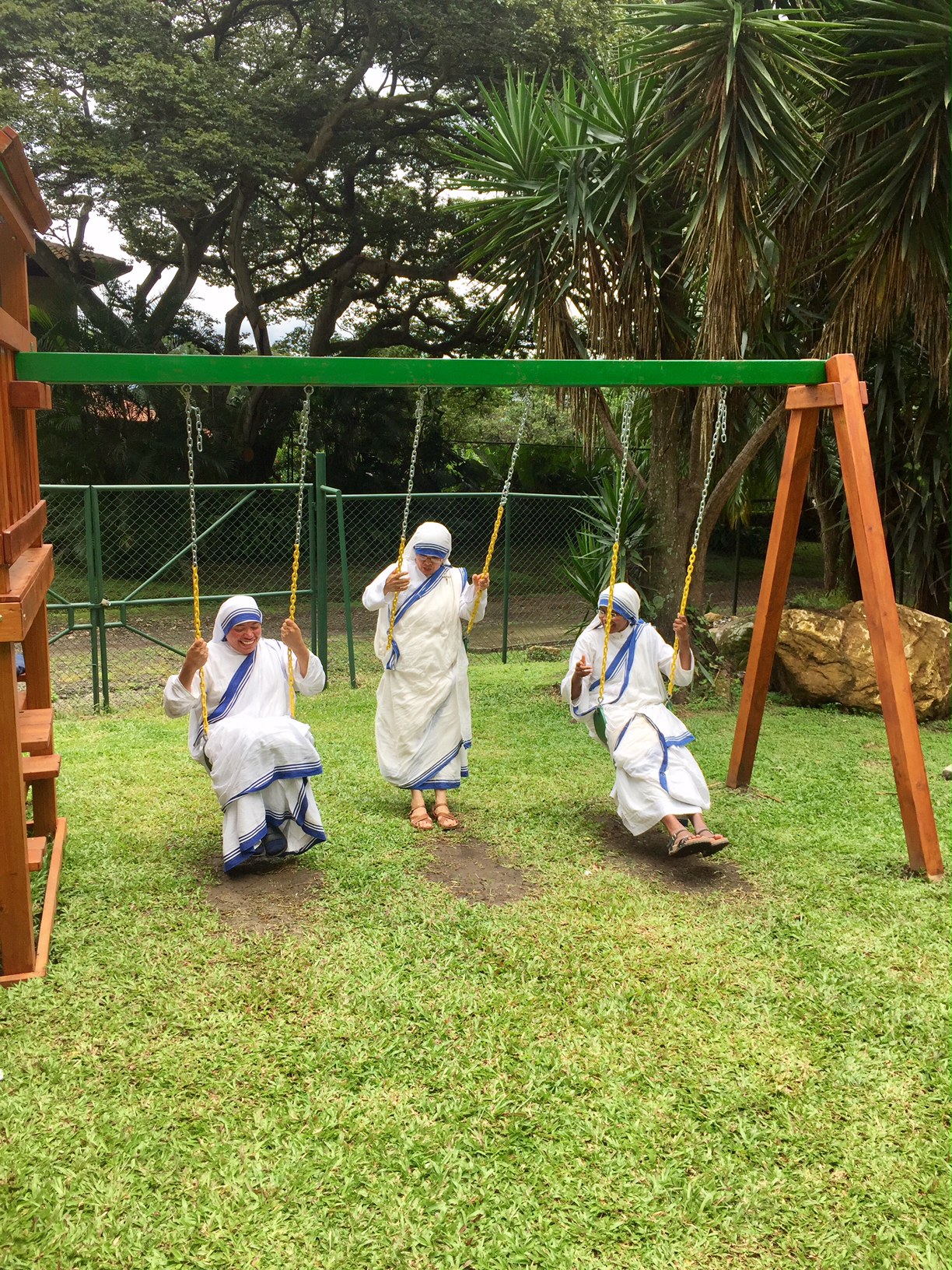 They were so happy that they felt like the Blessed Mother’s pampered little girls, they played in the children’s park, and they expressed their gratitude through the smiles on their faces and joy in their hearts.

Then we shared a picnic in the Forestry Reserve situated two kilometers from the Shrine and in one voice they sang together: “Mary, look at me, Mary look at me. If you look at me, he also looks at me. My Mother, look at me, take me by the hand. I want to remain very close to here.”

That day, an Augustinian Recollect priest also came with diocesan priest, Fr. Reyner Castro. The Shrine is for everyone.

Schoenstatt is growing in Costa Rica with 1,500 members in groups, 400 of which are couples; there are 300 in the Girls’ Youth, and more. As it grows, it opens and goes to the encounter of the entire Church, of all the People of God.

It is beautiful to think that with the Missionaries of Charity’s experience of closing out the year of St. Mother Teresa’s canonization on September 5, and we, in Schoenstatt, will begin the Year of the Father on September 15, that we have the spirit and the goodwill to exclaim: “Yes, we are here, we go with you,” Fr. Joseph Kentenich, to carry out your mission. May all of us together fulfill the desire of our beloved Pope Francis and be a “Church reaching out.” 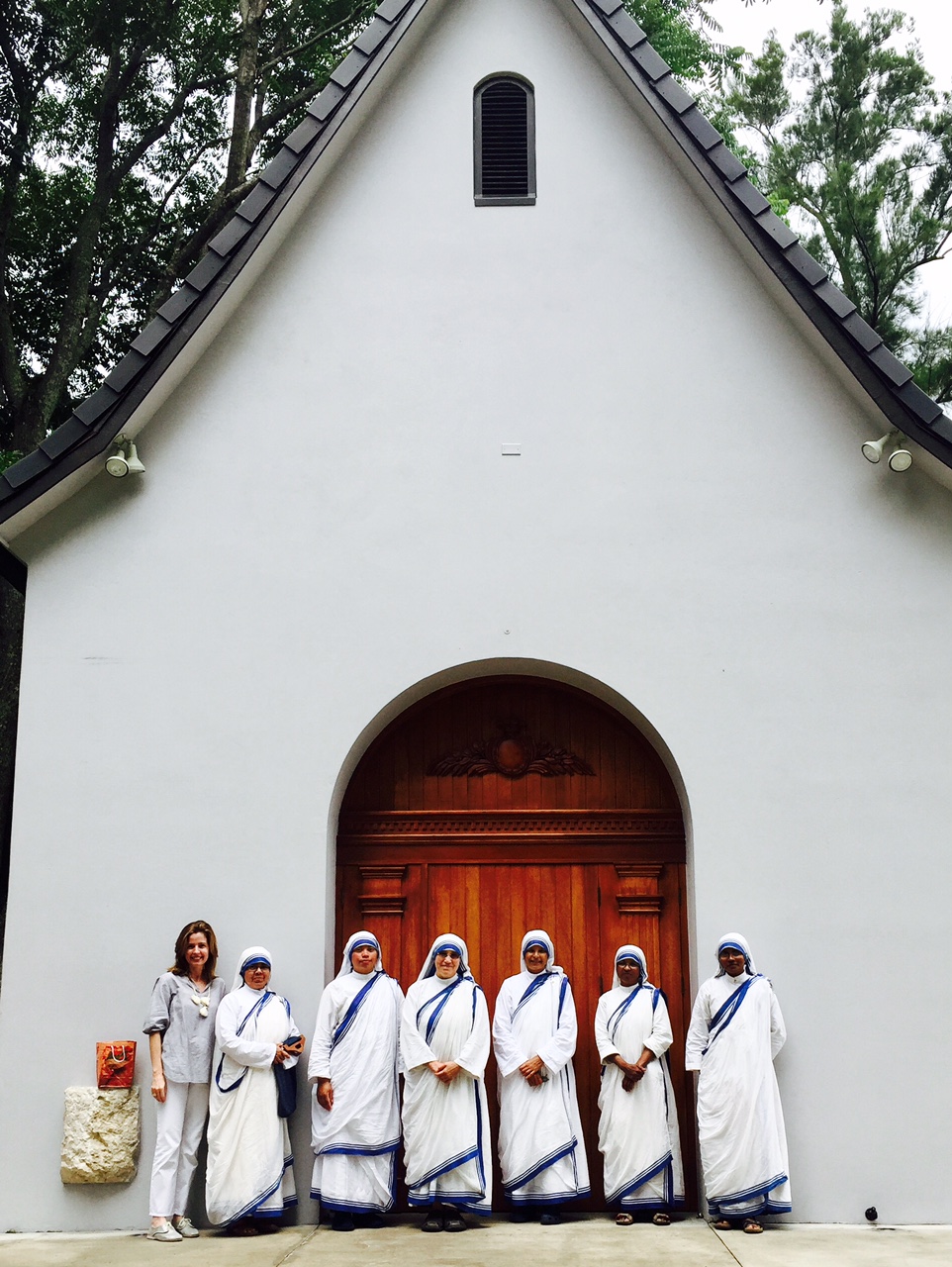