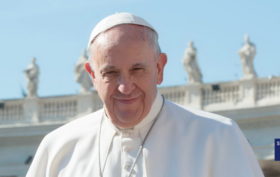 I fear Christians who do not keep walking, but remain enclosed in their little niche

POPE FRANCIS • I fear those Christians who do not keep walking, but remain enclosed in their own little niche.  It is better to go forward limping, and even at times to fall, while always trusting in the mercy of God, than to be “museum Christians” who are afraid of change.  Even though they received a charism or vocation, instead of serving the eternal newness of the Gospel, they are caught up in defending themselves and their own roles.” A strong message from Pope Francis, along the lines of theRead More 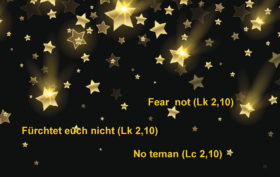 Maria Fischer • A black title page with a photo of the Brandenburg Gate in Berlin, illuminated in the national colours of Germany at the centre: this is how the “Berliner Morgenpost”, Berlin`s biggest and most reputable newspaper,  appeared on December 21, two days after the terrorist attack in Berlin.  Under the picture, in large white letters are the words: Do not be afraid! Gospel according to Luke Chapter 2 Verse 10   When a truck ploughed into the middle of pre-Christmas activity and atmosphere, killing 12 people and leavingRead More