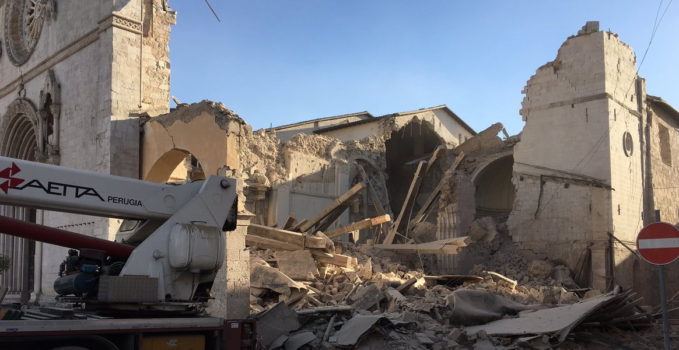 How are the people?

FRANCIS IN THE YEAR OF MERCY •

Pope Francis on 2 November expressed his proximity to the Archbishop of Spoleto-Norcia, Renato Boccardo, over the phone for the people affected by the latest earthquakes, particularly the one that took place on 30 October, and said that during his visit to Sweden he accompanied this tragedy “and from there, I prayed for you.”

Norsia — also the birthplace of St. Benedict — was hit by a powerful earthquake on 24 August that also affected other parts of central Italy.  However, it was the earthquake on 30 October, measuring 6.5 on the Richter Scale that razed entire towns to the ground, as was the case of Castelluccio in Norcia and Amatrice, leaving thousands of people affected.

In Amatrice, an area badly hit by the 24 August earthquake in which nearly 300 people died, St. Martin’s Church collapsed.  It had already been seriously damaged in the first earthquake.  The tower, which is the symbol of the town and had miraculously remained standing amid such desolation, also collapsed.

Furthermore, according to the Benedictine monks, all the churches in Nursia collapsed. One of them was the St. Benedict Basilica, build in the 14th century and dedicated to the founder of the Benedictines, St. Benedict of Nursia, as the town was called in Roman times.  Only the gothic façade survived the earthquake.  The portico and tower collapsed.

In a statement to Radio Vatican, Bishop Boccardo; said that when he spoke to the Pontiff, the first thing that Francis said to him was that “I tried to called you before, also during the days I was in Sweden, but the number I had was incorrect. I want to assure you of my proximity, my prayer, my participation in the suffering of the people. How are the people?”

The Archbishop explained that the population has been living perilously, with fear and uncertainty.  However, he assured the Pope that “when I tell them that you called, it will be an incentive, a great consolation and an inspiration to not lose hope.”

“Yes, yes,” Francis asked him, “tell them that I pray for them, that I am close and that I share their pain, their strength, but encourage them to carry on.”

The seismic movement continues in central Italy.  In the early hours of 3 November, there was another earthquake measuring 5 on the Richter Scale. 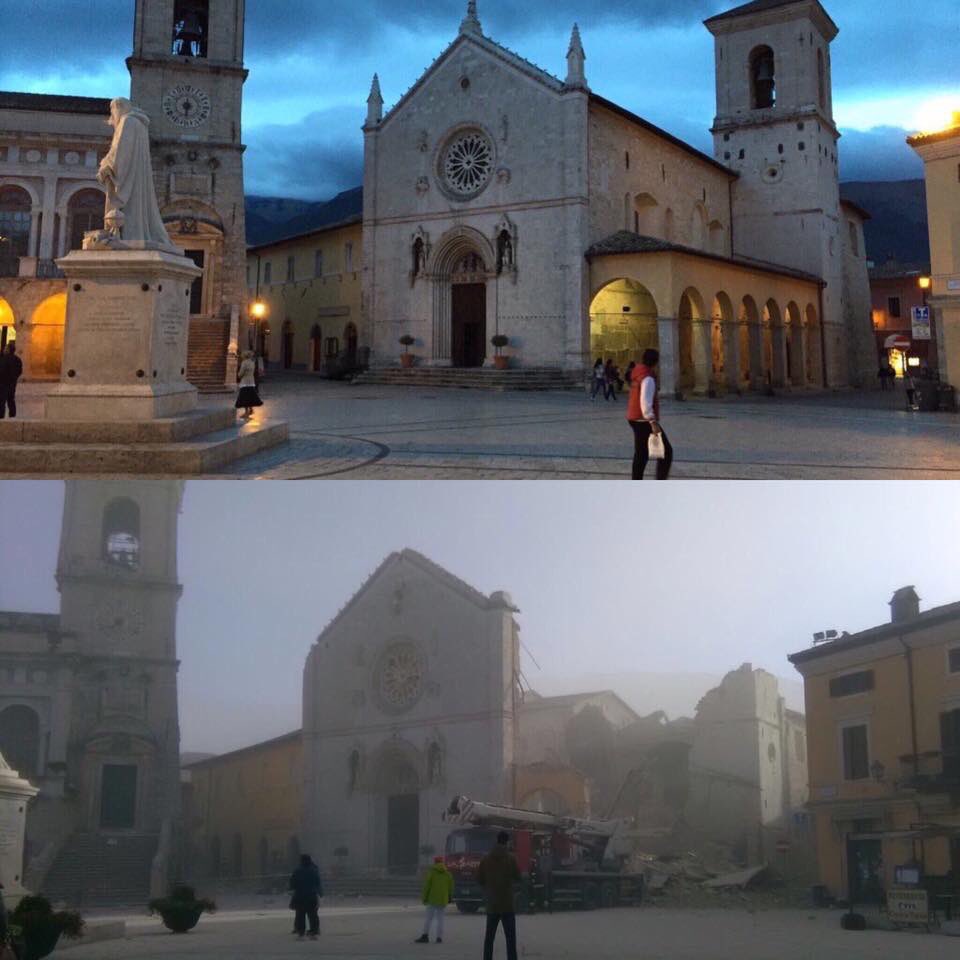