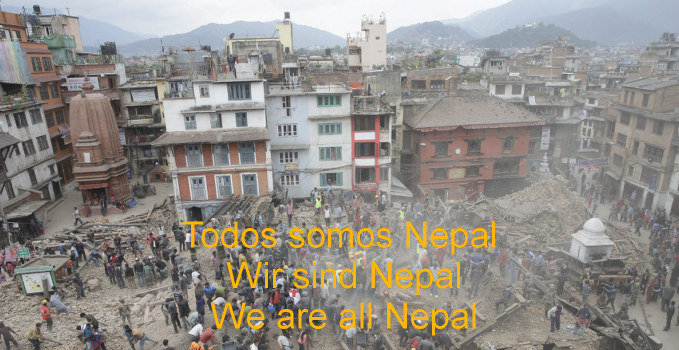 Pope Francis decided to send $100,000 in aid to Nepal to help those affected by the earthquake that hit the country in late April and has taken the life of more than 4,000 people.

The aid, which will be sent to the local Church will be used to help those displaced and the victims of the earthquake, and is a practical expression of the Pope’s feeling of spiritual closeness and fatherly encouragement toward the people and places that have been affected, during Sunday’s Regina Coeli on Sunday 26 April. The bishops’ conferences and Catholic charity organisations are already working to provide relief.

The aftershocks continue and people are very frightened. Everyone, including children, sleeps in the open for fear of another tremor. This is what Salesian missionary, Jacob Punneli, who works in the Kathmandu valley, says about the situation in Nepal.

The Salesian missionaries who work in this Asian country have started to distribute aid to the neediest families. “We need food, blankets, medicine, tents, warm clothes…many people have lost everything,” added the missionaries. The earthquake took the life of more than 4,000 people and there are more than 6,500 people who have been injured.

The Salesian schools and buildings in Kathmandu were not too badly damaged, but “many other people did not have the same luck. Many homes collapsed and people don’t have shelter. On top of all that, it is still cold in Nepal and the rains have started,” added the missionaries.

The Salesians have six projects in Nepal: schools, professional training centres, youth centres and two centres for the elderly. The Salesian missionaries work to improve the quality of life of the poorest and neediest people.

The international Caritas network has also mobilized all its structures to respond to the emergency and support the work of Caritas Nepal, which is also providing aid.

Several members of the Caritas Internationalis network that were in Nepal when the earthquake hit, immediately united all their efforts to the Caritas Nepal rescue teams.

Eleanor Trinchera, the coordinator of the Caritas Australia programs for Nepal, who is in Kathmandu, explained that she “had never seen such devastation. While the streets are dominated by chaos and full of people trying to find their friends and family, the city is paralysed with collapsed buildings, blocked streets, electricity cuts and constant aftershocks.”

“Rescue operations are the main priority at the moment. Many people have lost their homes and are in the streets or open spaces, exposed to the low night time temperatures. We are trying to give them all basic food and refuge from the weather,” said Caritas Nepal director, Pius Perumana from Kathmandu.

“Since midday on Saturday, there have been 66 smaller aftershocks, which were followed today by another strong tremor, which is very rare in such a small space of time. The damage caused by this last earthquake will be devastating,” he added.

Lilian Chan, a journalist for Caritas Australia who was working in Kathmandu at the time of the earthquake and remains in the country, described the scene of the disaster as “heart breaking.”

“Buildings that I only saw for the first time a few days earlier have been reduced to a pile of rubble. Three days after the earthquake, many people in Kathmandu continue to sleep on the streets or in open public spaces,” she describes.

For the Australian journalist, “this is an opportunity to work together with our partners in Nepal and to visit the affected communities. I am overwhelmed and moved by the generosity of people, by their inventiveness and resilience.”

With the support of the prayers and the help that comes from the entire international Caritas network, these people will be supported by acts of solidarity while also working to build a better future,” she finishes.

The Jesuits in Nepal ask for help

The 68 Jesuits who live in Nepal were lucky in the sense that they didn’t lose their lives or suffer great injuries, Fr. Borniface Tigga SJ, the regional superior in Nepal, explains in a communique. “The support in prayer and the material help of our Jesuit companions, their friends, the Church and the general public,” explains Fr. Borniface, “will be fundamental in bringing help to those who are in grave and urgent need, and to begin the reconstruction of Nepal after the devastating consequences of the earthquake.”

“On Saturday 25 April, shortly after midday, a strong earthquake measuring 7,8 on the Richter Scale, shook Nepal. The epicentre was halfway between Kathmandu and Pokhara in central Nepal,” reads the Jesuit communique. “There are also casualties and destruction in Tibet, Bangladesh, northern India and Bhutan, but the greatest damage was in Nepal. The 68 Jesuits in the country, as well as other religious communities and the Vicarage, were fortunate in the sense that there was no loss of life and they did not suffer great injuries. Some buildings in our institutions were devastated,” the text says. It explains that once the danger is past, they will assess the situation in greater detail to ensure that people and those providing services are safe.

The approximately 8,000 Catholics in Nepal are a minority within the minority of Christians in the country. In a population of almost 30 million people, Catholics represent no more than one percent.

Without doubt, the Catholic organization Caritas is one of those leading efforts to help those affected by the earthquake. 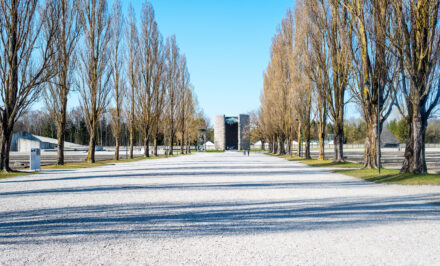