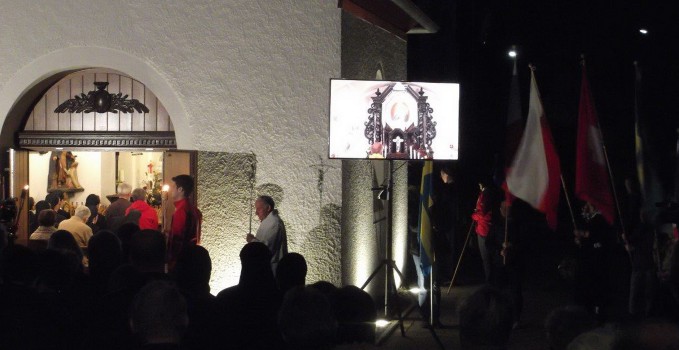 “The Jubilee was celebrated again in the Original Shrine expressly during the Covenant celebration in Schoenstatt. 100 years of Mary’s picture!”

Two Fackellauf runners on the road from the Pilgrims’ Shrine to the Original Shrine escorted the picture. The Fackellauf continues to live! It was not only a project that ended with the Jubilee in October; but rather, it continues to burn,” the Facebook page of the Fackellauf 2014 runners says. 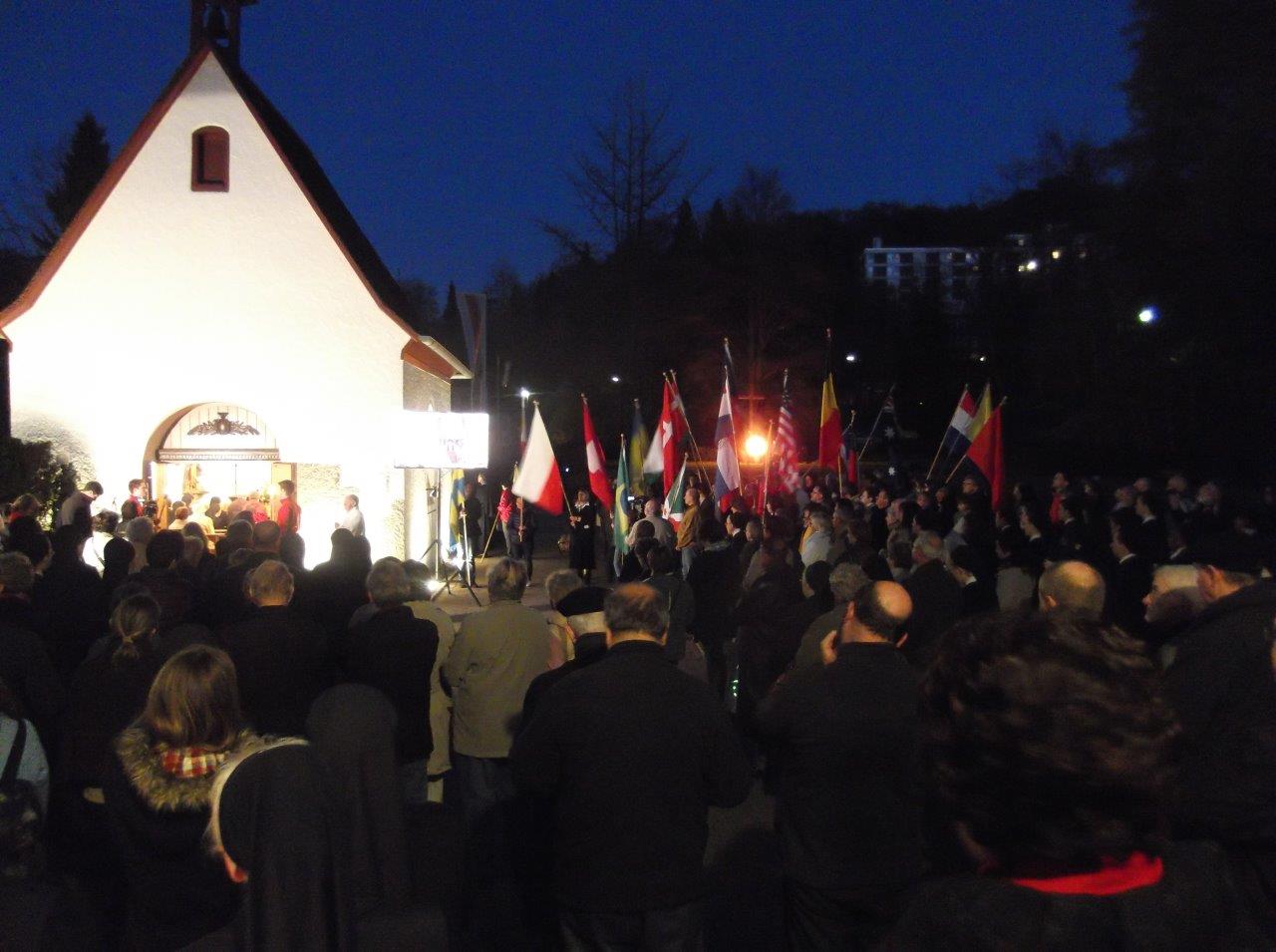 During the Covenant celebration in the Original Shrine on 18 April, once again a little bit of the Jubilee was celebrated– the occasion was the arrival of the MTA picture at Schoenstatt on 2 April, 100 years ago, and it probably found its place in the Shrine during the same month. Therefore on this night, a “little bit” of the elements from the Jubilee celebration were relived – the entrance of the MTA picture and the Fackellauf at the Shrine.

In the homily, Msgr. Dr. Peter Wolf spoke of how the picture of the Blessed Mother arrived at Schoenstatt in a simple way, and that today it is one of the most distributed images of Mary in the world.

After Mass, there was an unusual addition to this Covenant Day; Schoenstatt had extended an invitation to short-term refugees, but finally, the facilities were not considered to be adequate for this as the estimate of taking the necessary steps to install fire protection and sanitation facilities were beyond capacity.

There is now an exhibit of the projects represented during the Jubilee in the Covenant Culture tents that was visited that afternoon. The “Reinisch Pub” was also open. An announcement and invitation were made for everyone to go up to the Bundesheim. From the Original Shrine, everyone could see the partially illuminated façade of the Bundesheim, underscoring the invitation. Consequently after Night Blessing at the Original Shrine, quite a number of pilgrims ended up meeting and visiting with one another there. 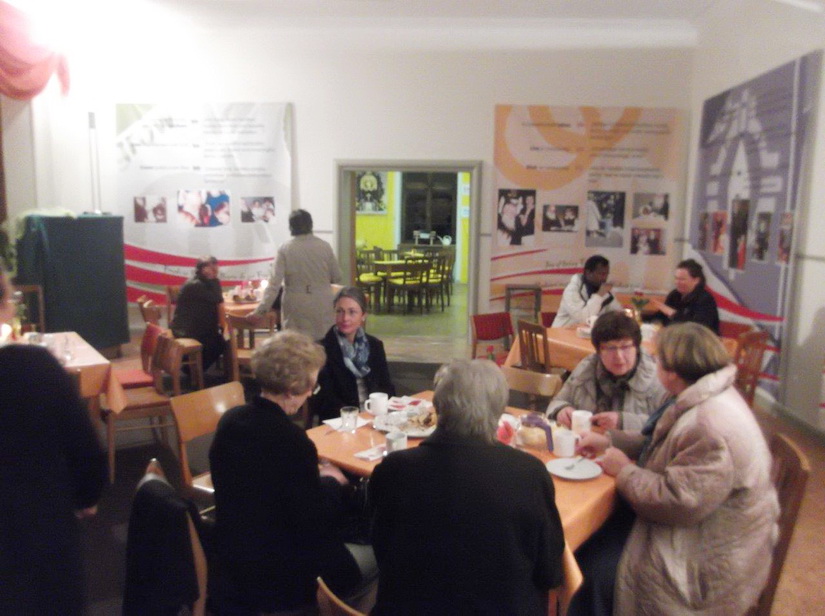 With material from Bernadette and Norbert Weweler, www.fackellauf2014.org. Photos: Weweler