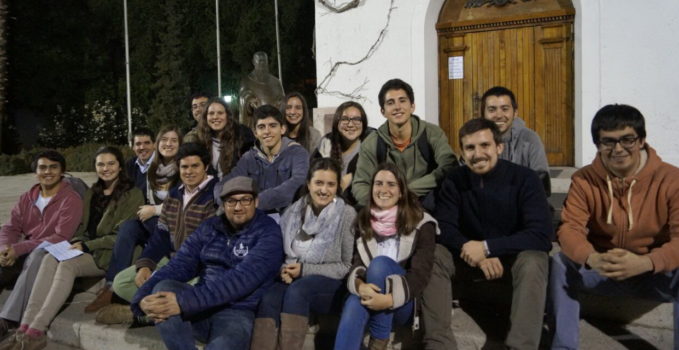 Our Movement has always been characterized by the strength in prayer and music that accompanies all our activities, workshops, meetings, etc.

A group of friends wanted to join both things using the prayer book, “Heavenwards” that contains Schoenstatt’s essence and all of our Father and Founder’s message as a guiding thread. The idea came together as a project, and now it has the participation of young musicians and singers –who are associated with Schoenstatt in different ways– and they are preparing a CD with musical adaptations of Heavenwards’ prayers. Old and new creations will be included that seek to reflect the great spiritual, intellectual and literary richness of Fr. Joseph Kentenich’s work. 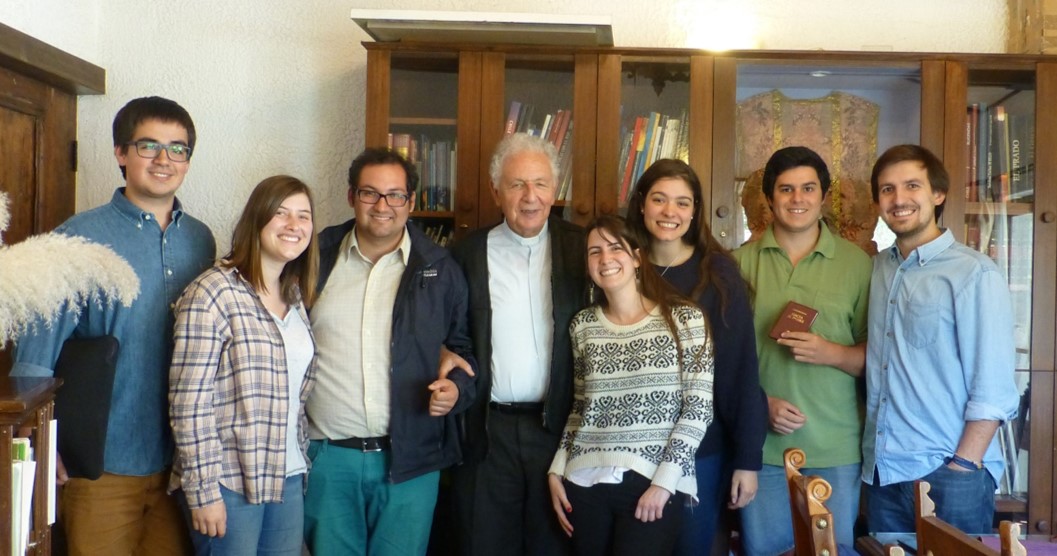 Nicolás García Matte, general producer, relates: “Last year we had the pleasure of meeting with Fr. Joaquín Alliende, who spoke to us about the great depth of this ‘little book’, besides explaining the translation process.”  Inspired by this meeting, these youths’ main objective is that the CD be a gift for the entire Schoenstatt Family, but also for other Catholics as well. “In this way, we want to make the Founder’s words our own: ‘Schoenstatt for the Church,’” the general producer, Catalina Gutiérrez Frías explained.

It all took off on May 27, with a Mass in Campanario Shrine, the singers, arrangers and instrumentalists attended along with Fr. Pedro Pablo Celis. Days later, it was announced in two Family Federation workshops. Currently they are in the process of choral rehearsals and recording, but there is still a lot of work to be done. “Trusting that “ ‘he who has a mission should fulfill it,’ we are happy how God has shown himself to us throughout the process,” Nicolás added. To carry out this production takes, above all, much prayer and the support of all the members of the Church to travel the good path, according to God’s will.

The entire production team concludes: “We realize the magnitude of what we are developing, where ‘great tasks are placed on weak shoulders.’ For this reason, we consider that this work transcends us as a group, and for this we want – with your help – to make the entire Schoenstatt Family in Chile a part of it.”

The youths are asking in a special way for the blessing and prayer of every Schoenstatter, in addition to all the support that you can offer them in the dissemination of the project throughout Chile, since they are currently raising funds to make the CD.

You can contact them by sending an email to a [email protected] or by following them on Facebook “Disco Hacia el Padre.”  (Heavenwards CD).

Photo: Do you still remember the “Heavenwards Mass?” – The sound of the return current of the 70’s

From the beginning, the Mass of God’s Instruments and other prayers from Heavenwards were set to music. The “Heavenwards Mass” (Misa hacia el Padre) recorded by the first Latin American students of the Institute of Schoentatt Fathers was a milestone, and it was published on vinyl in Germany in 1969. The students who composed this Mass at that time, from the Schoenstatt Fathers: Guillermo Carmona (Schoenstatt Father in Argentina); and Juan Eduardo Fernández Cox, now an outstanding sculptor living  in Germany, creator, among many other works, of the statue of St. Teresa of the Andes that is found in the Vatican and of several statues of Fr. Joseph Kentenich.

There is also the beautiful “Heavenwards Always” CD Kathleen Kirkland Kanewske composed ten years ago, which can now be heard on Spotify and can be downloaded from Amazon Music.