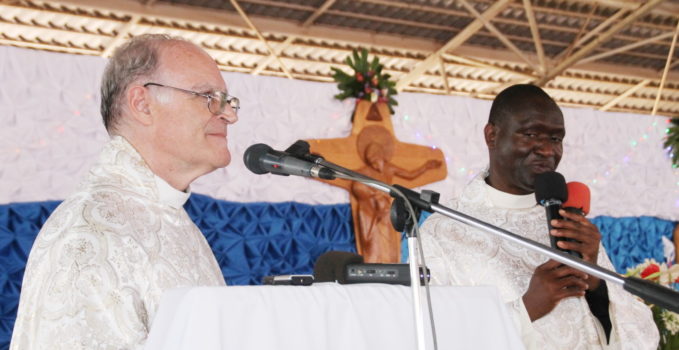 A blessing from heaven

This year, the large pilgrimage on the Feast of Assumption of Mary (15 August) at Mount Sion was accompanied by light rain during the vigil. Thousands of pilgrims from all over the country and from the Congo vicinity came to the Shrine for the celebration, especially women with children and many youths. The first drops fell around 3: 00 a.m. Although many camped out, this first rain after months of drought, was welcomed with applause. The second blessing from heaven in the form of rain arrived at 8:00 a.m. during the morning Holy Mass. Awake or merely drowsing, in prayer, or singing, the pilgrims spent the entire night in vigil. The songs and prayers were wonderful: accompanied by the sound of the keyboard and drums alternating with moments of silence and meditation. In a peaceful place, there was Adoration of Christ in the Eucharist, and throughout the night, there were long lines in front of the confessionals. The discipline with which the pilgrims moved within the multitude in the square in front of the Shrine or under the awning impressed me greatly. At dawn, many were already on the way home. The guards commented that throughout the entire pilgrimage there were no incidents of any kind, something that in our surroundings can be interpreted as a great gift from heaven. 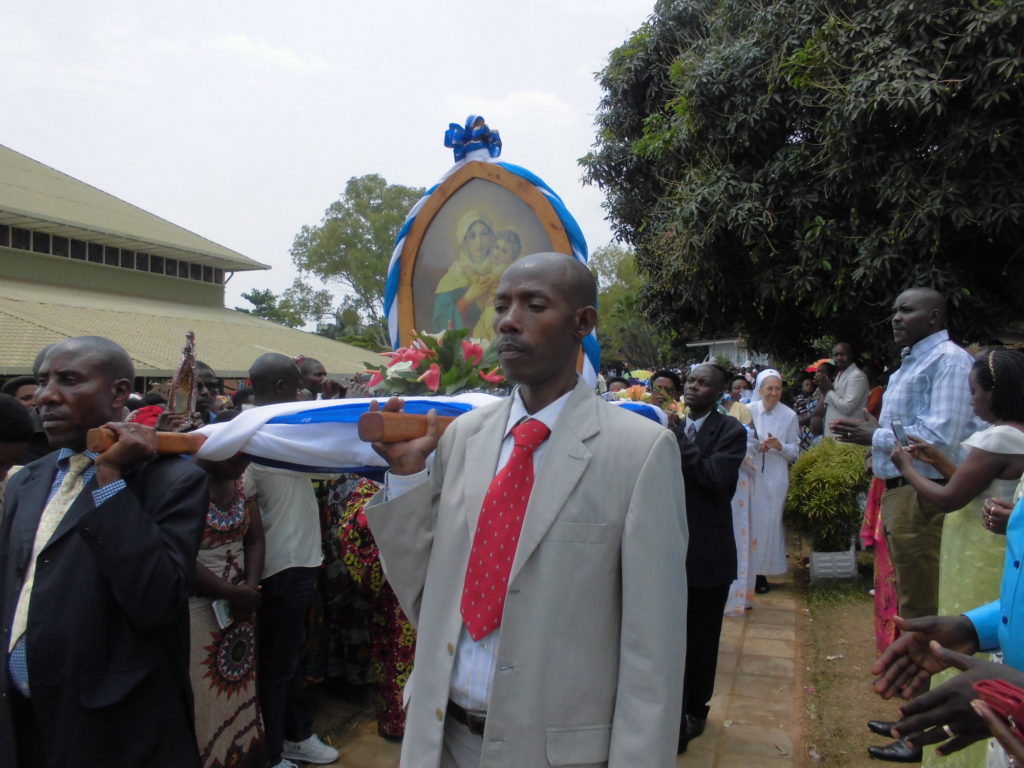 The visit of Fr. Juan Pablo Catoggio, superior general of the Institute of the Schoenstatt Fathers along with General Treasurer, Fr. Ignacio Camacho, offered a special element to this pilgrimage. During the morning Holy Mass, with the participation of close to 10,000 pilgrims, Fr. Juan Pablo Catoggio welcomed Bishop Evariste Ngoyagoye, who celebrated the ceremony and presented Mary as “Mother of Mercy.” After the celebration, Fr. Juan Pablo expressed gratitude to the bishop for his affection for Mount Sion, for the community of the Schoenstatt Fathers, and for the gift of declaring two of the Schoenstatt Shrines as Holy Doors of Mercy: Mount Sion Gikungu and of Mutumba.

Two choirs: Sancta Maria and Sainte Family [Holy Mary and Holy Family] accompanied the Eucharistic celebration. The Gloria and the song of thanksgiving after Communion were joyful moments when the pilgrims elevated their Pilgrim Mothers. During the Offertory Procession, many baskets with offerings as fruit of social action were presented. A very precious symbol was presented: a scepter with pearls, especially decorated for this occasion by the Sisters that can now be admired in the Shrine. 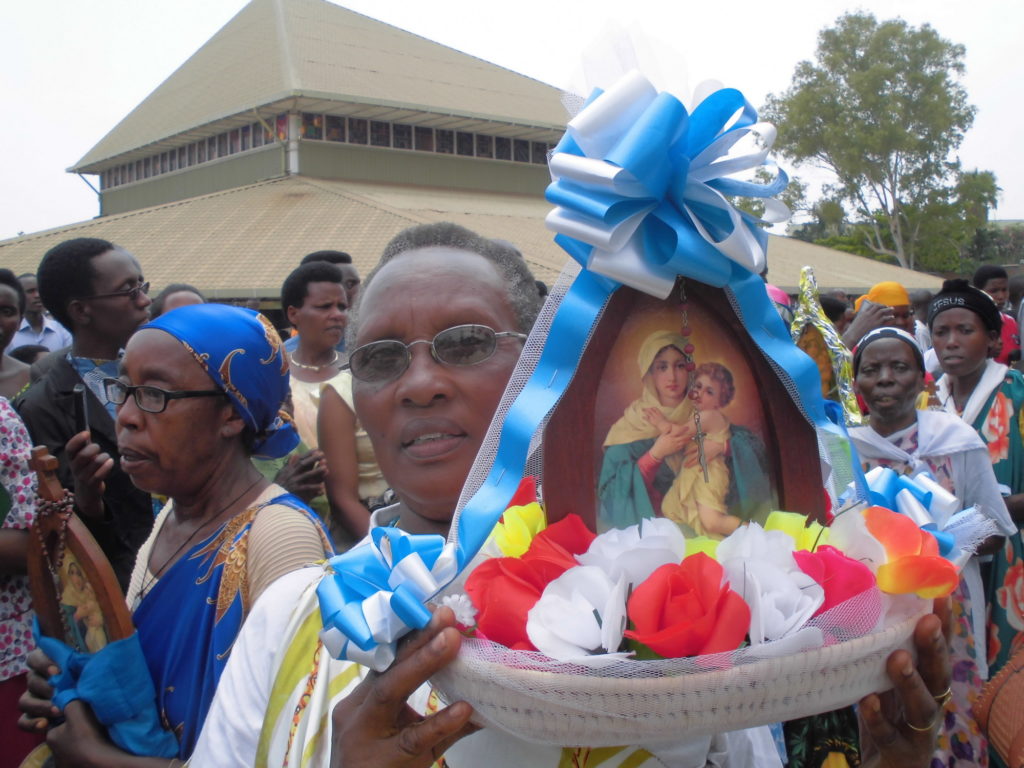 As usual, the pilgrimage ended with a procession to the Shrine in which a large number of Sisters from all the city’s religious communities participated, as well as many Brothers and priests, who concelebrated. The prayer of consecration began and ended with the rhythm of drums. Finally the Bishop blessed the Pilgrim Mothers and the missionaries in a special way, and he sent them out once again to travel the roads.

Then there was a festive dinner with Chilean wine at the Fathers’ house; Fr. Juan Pablo Catoggio took the opportunity to express gratitude once again to the Bishop, Fr. Félicien, Rector of the Shrine, and the entire team for the excellent work they had done.

This year, I was on pilgrimage many times. On 29 June, I celebrated a Roman, solemn Mass with the Pope on the Feast of St. Peter and St. Paul at St. Peter’s Basilica in the Vatican, which impressed me for its hierarchal order and it spiritual focus. Today’s Eucharist marked by the African style also touched me profoundly for its vitality and spiritual depth; it was a blessing from heaven, even for me. 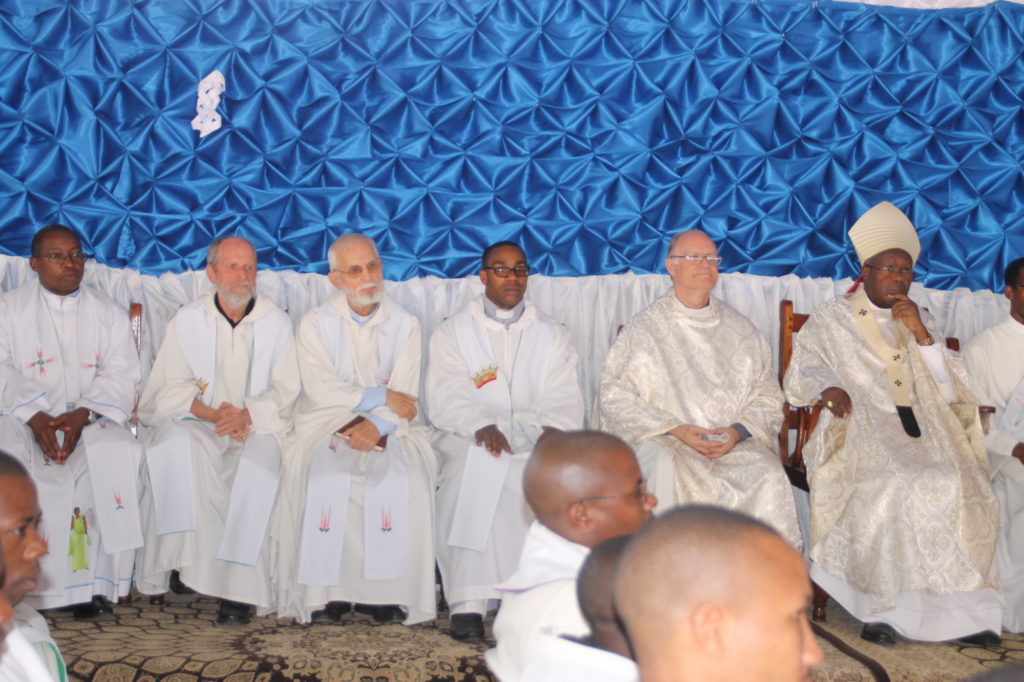 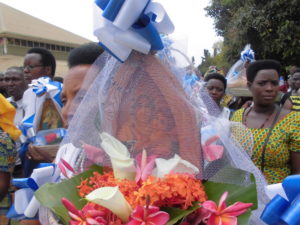 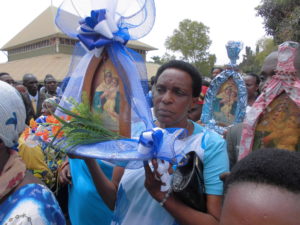 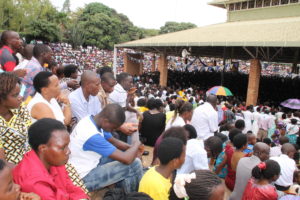