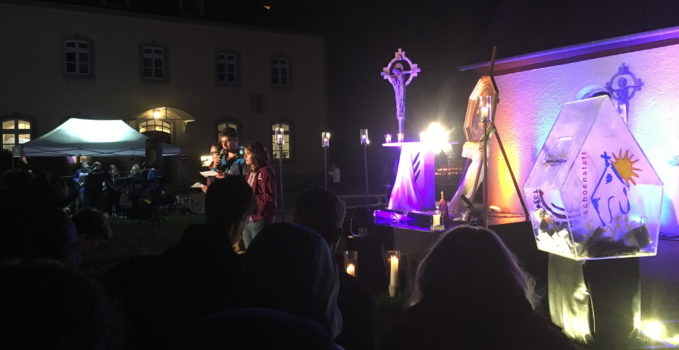 The Night of the Shrine 2017 – an experience of “living organically”

In Schoenstatt, we are accustomed to carrying things out differently, that is, we pursue “living organically” like our Father and Founder, Fr. Joseph Kentenich, wanted so much, and on this occasion, uniting young people gathering with the religious was no exception.

This ideal was realized the weekend of 1- 3 September 2017, through the “Night of the Shrine”, where more than 500 youths from Germany, Austria, Switzerland, Latin America, and other countries met to experience a different time and recharge their batteries before returning to the normal rhythm of university classes, school, or work after summer vacation.

Invasion with the youths’ own colors

The atmosphere in the valley was totally different during that weekend. Usually pilgrimages of families and groups to the Original Shrine predominate, but this time, the Schoenstatt Youth invaded giving it its own color, setting up stage, and places for talks throughout the valley; the inevitable “Coffee talk” next to the Original Shrine among thirty-seven other activities.

Friday night, after registration and dinner in the main tent, the Stage was “Free” primarily, for the fantastic hosts of a television program. They explained everything that was prepared for Saturday and Sunday, such as the motto of the year: “Free Stage, with you it moves more” and its corresponding song that accompanied us throughout the weekend.

Then there were some presentations, from the participating dioceses as well as from special guests. After the official time with an acted-out reflection and the night blessing, the “Cultural Night” began. Behind the main tent, there were three very special tents for German young people: the celebration tents, where the adults could share beer, wine, or apple cider, and for those who wanted to enjoy a more peaceful environment to visit with coffee and a waffle, they could even go to one House Sonnenau’s halls on the other side of the main tent. 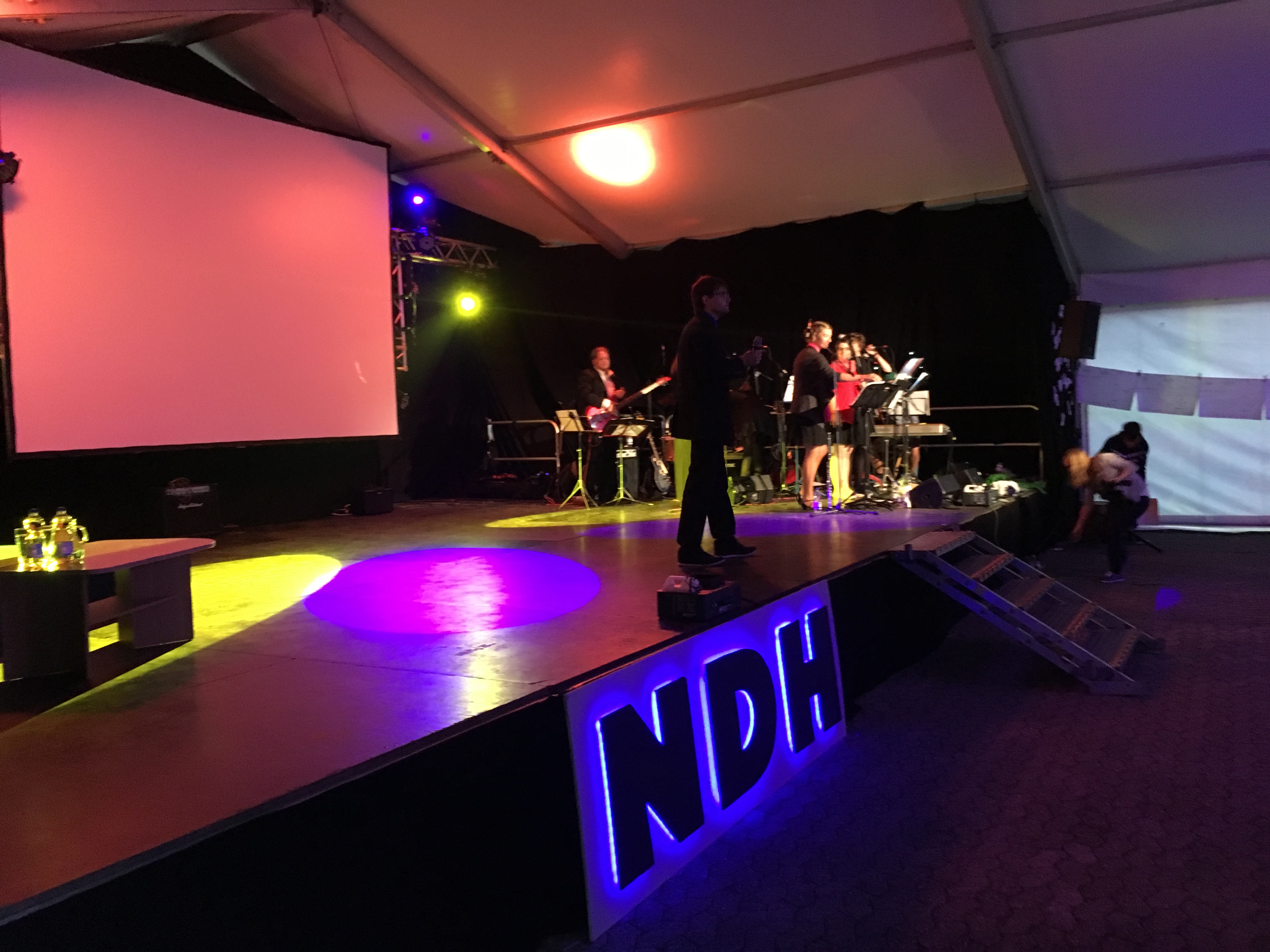 Many proposals and activities to “get out of the comfort zone”

Saturday morning, after breakfast and the celebration of the Eucharist, we went once again to the main tent, the “Center Point” where there was an interview with Martin Mikat from the Green Helmets Organization, who explained his work with humanitarian aid abroad and about his different experiences in the settings that he has lived. He inspired everyone who wanted to do volunteer work, or “to get out of their comfort zone” in the setting where they live and thus contribute their bit to make our society a better place.

After lunch during the afternoon, the program consisted in thirty-seven different activities open to those who wanted to participate; it was not necessary to register. It was only necessary to review the manual, read the description and to choose an activity according to ones’ preference. There was a variety of subjects grouped according to the subject of the year: Schoenstatt, Sports and Creativity, Spirituality, and subjects about the day to day. Almost all of them were presented twice at 3:00 pm and at 5:00 pm, so that each person could attend up to two workshops. All of this not counting the twelve possibilities in the field beside the Original Shrine that did not have a schedule, but was a space to share, talk with friends over a good coffee, and learn about the Movement’s different projects at the national level as well as abroad.

The “Prime Time” and the night of the Covenant of Love

“Prime Time” was at 8:00 pm, where our hosts took us to television screens; they carried out games, interviews, and live-music to close the television programming of the day with the “Night of the Covenant of Love.” We all went to Covenant House’s inside patio, where they waited for us with a candle for each one of us. In an acted out reflection, they invited us to broaden our world, to gain that inner freedom to make decisions and act in our life, and not to simply be puppets guided by the trends of the time. Finally we went walking and singing toward the Original Shrine. 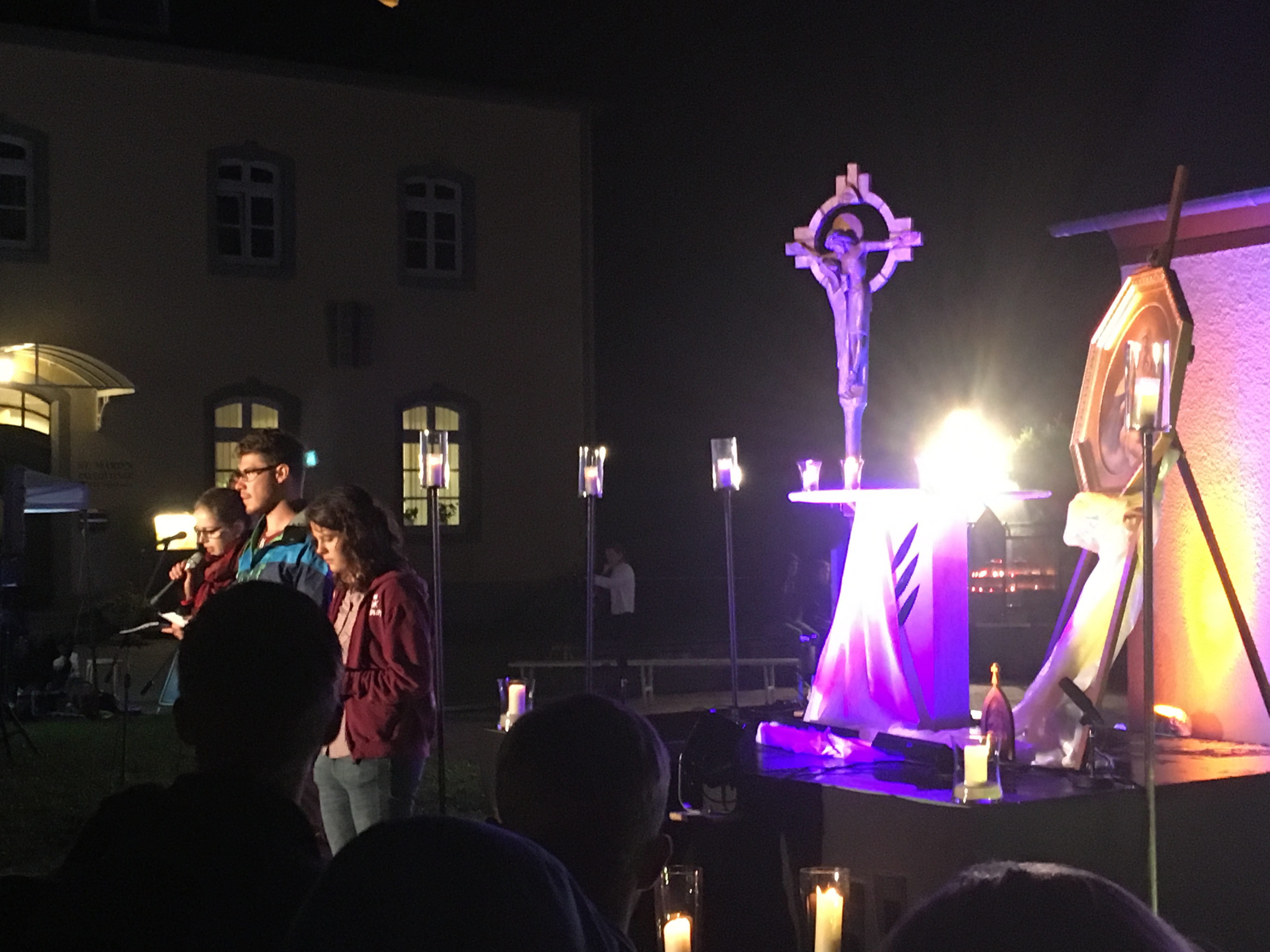 Letters to the Blessed Mother, adoring her Son

A small stage and altar was already prepared beside the Original Shrine. We had time for Eucharistic Adoration, we wrote our letters to the Blessed Mother, we renewed our personal Covenants, but it also represented all the youths of the world, a renewal done every year since 2005. Then we went to the Shrine to greet and present our letters to the Blessed Mother. Throughout this time, we were accompanied by a musical group, which made the atmosphere around the Shrine very special.

Renewing the Covenant of Love with the Blessed Mother implies continuing to strengthen relationships with friends, therefore the Cultural Night stayed open until 3:30 am.

We met, trained, and strengthened ourselves to go out once again 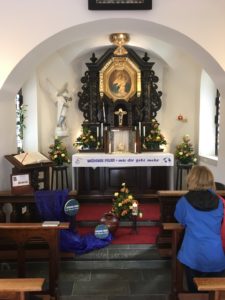 On Sunday, at 10:00 am, we met in the main tent for the last live transmission of 2017’s Night of the Shrine. After thanking all the people who made this year’s event possible, the final jokes, the weekend’s impressions, and the presentation of “Night of the Shrine, a brief newspaper compiled of all the event’s impressions, which was printed Sunday night; everyone participated in the closing Mass and the sending forth.

The Night of the Shrine is much more than a gathering of friends for a weekend in Vallendar. It is the perfect and organic fusion of what it means to be Schoenstatt youths living the Covenant of Love day by day. The Night of the Shrine is the place where we can meet, train, and strengthen ourselves and to go out on the stage after a busy year. Everyone knows which setting he has to live, but the beautiful thing is to see that we are not alone and that there many “crazy” ones, like each one of us that continue forward on the road that our beloved Fr. Kentenich outlined for the entire Schoenstatt Family.

As a Latin, experiencing a weekend in Schoenstatt with so many youths and such a variety of activities, where getting together with friends and the entertainment are not separate from the religious moments and other training activities, was a beautiful experience. Everything was linked in such a natural way where everyone had his/her own space, everything was perfectly thought out, and organized. I say this in a personal way, it showed me and reaffirmed why I love Schoenstatt so much. The Night of the Shrine is one more example of everything that we have to offer the world, a space, a special stage for each person in the shadow of the Shrine 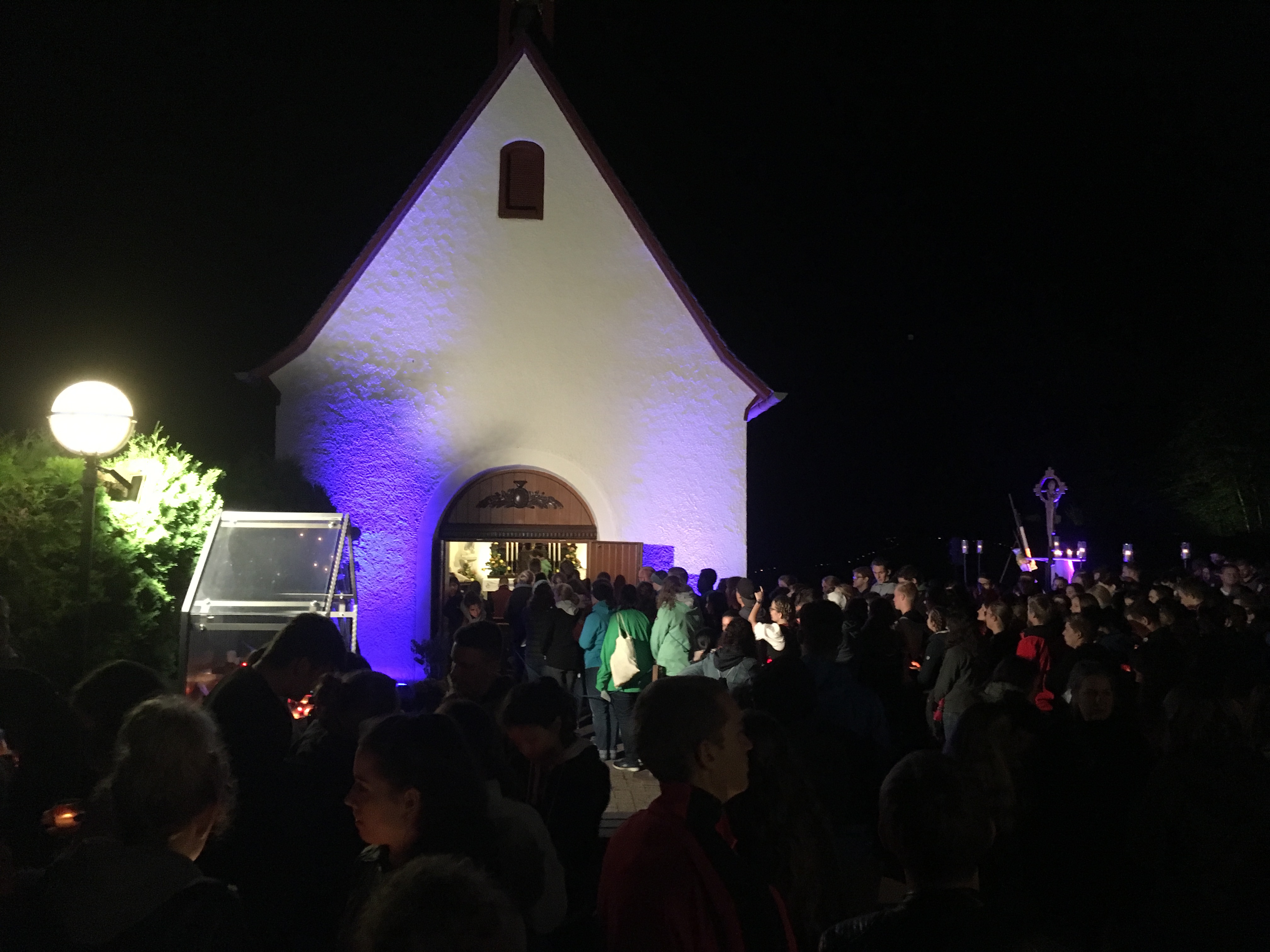 Night of the Shrine