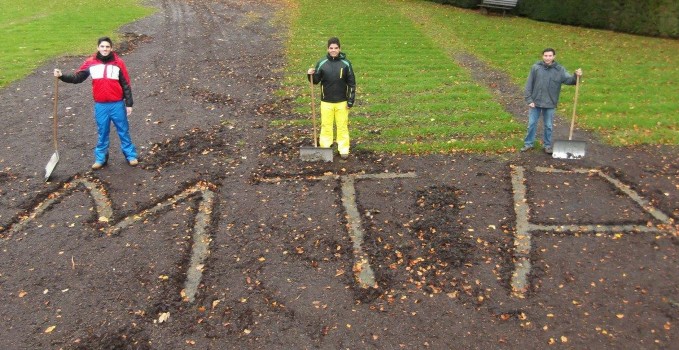 The MTA among the mud

Bernadette and Norbert Weweler. After Jubilee celebrations, the pilgrim area behind the Original Shrine quite literally turned to mud. The protective netting and a lot of the sawdust over the grass more or less kept the pilgrims’ feet dry. After the celebrations, the state of the field inspired a homily in the Pilgrim Church. 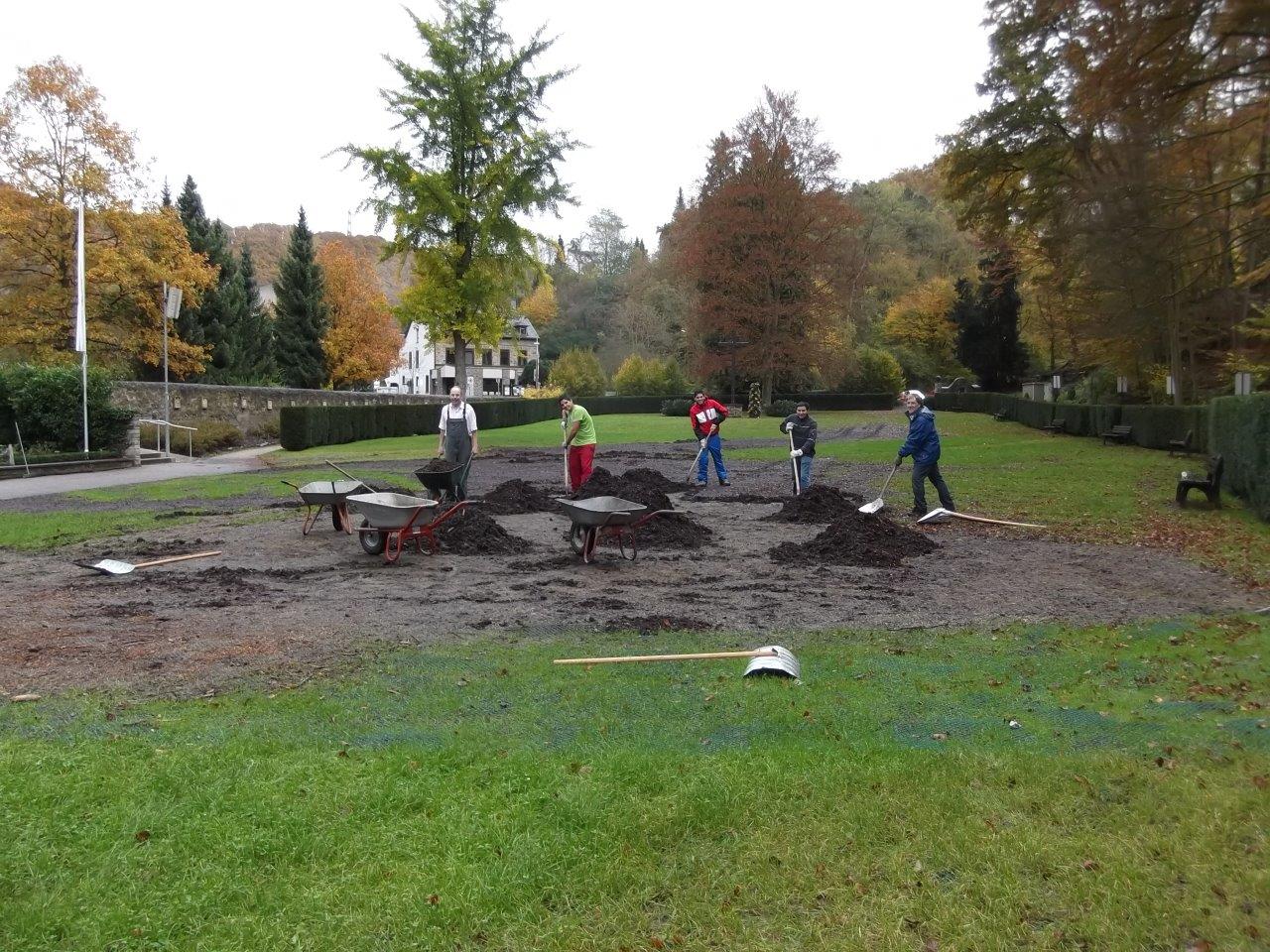 “Schoenstatt was born here, in the shrine, and later on in many other places. If we exaggerate a little bit, we can say that Schoenstatt was born in the mud. In the mud of the trenches at Verdun, Merville and Cambrai, in the mud of the swamps at Dachau. I believe that for those of us who grew up in peace time, it’s a good spiritual exercise to go to those places and remember the dirt and the mud, stuck to both clothes and soul. This is why it is perhaps a good sign that the field behind the Original Shrine is now muddy. The path of foundation leads us directly into the mud.”

These words couldn’t be more similar to Pope Francis’ and his call to Schoenstatt — his constant call which he directs especially to the movements — go out onto the streets, the peripheries of society, he prefers a Church, a movement that dirties its hands and clothes to one that looks like a museum and exhibits its charism in a shop window… 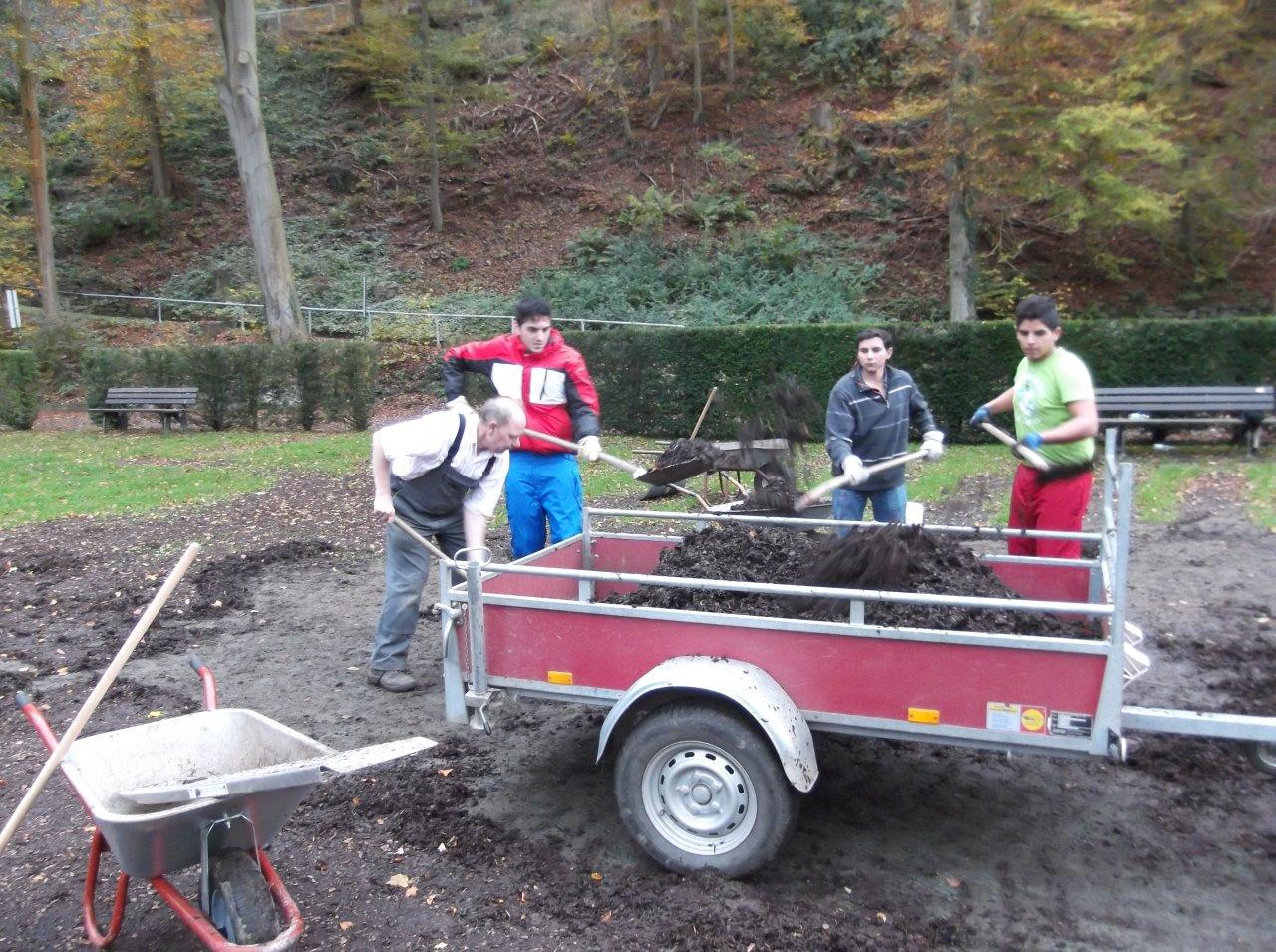 Let us return to the pilgrim field and the footsteps in the mud. Because at a particular moment the jubilee ended and the pilgrims returned home. And then…the sawdust needed to be removed carefully and painstakingly so that it could be taken away. Since most of the volunteers had already left, this task fell exclusively to three Mexican volunteers, Brother of Mary Martin Jansen and sacristan Norbert Weweler, who got down to work. Despite the tiring work, joy and good humour were not lacking. This is how Aldo, Héctor and Gara suddenly found themselves under a “golden rain” of the Gingko biloba tree. By midday, they had scraped a huge MTA into the mud with their spades.

Meanwhile, they had removed most of the sawdust. Now everyone is waiting for spring so that the grass can grow, because the eye can still see the “paths of the jubilee…”

Farewell to the last jubilee volunteers 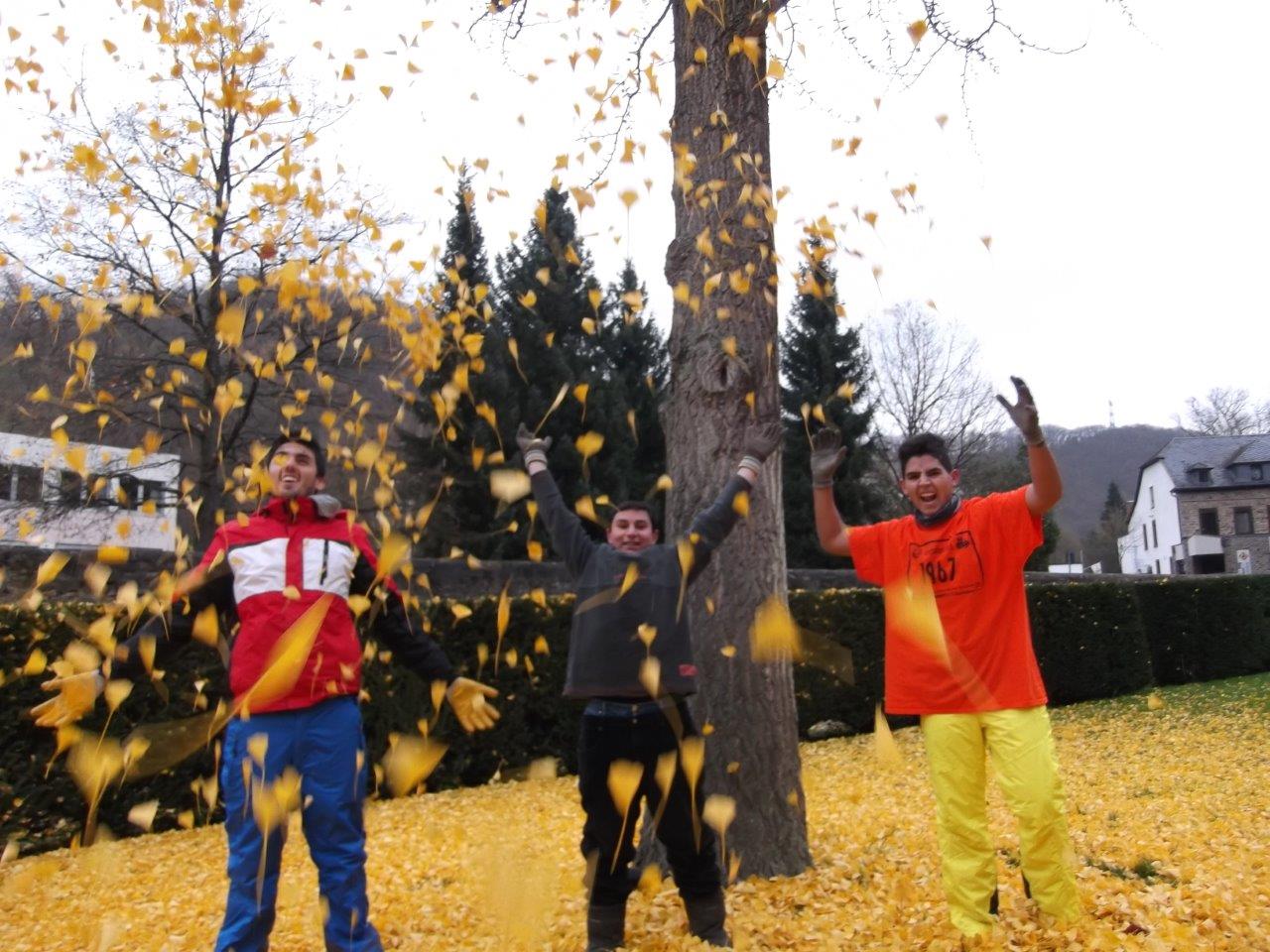 This was a week of farewells.

Héctor was the first to return home. Aldo and Garo followed on 10 March.

Aldo and Garo were the last volunteers to leave who helped to prepare the great Schoenstatt jubilee.

The second century of Schoenstatt has begun. But some of the mud must remain. 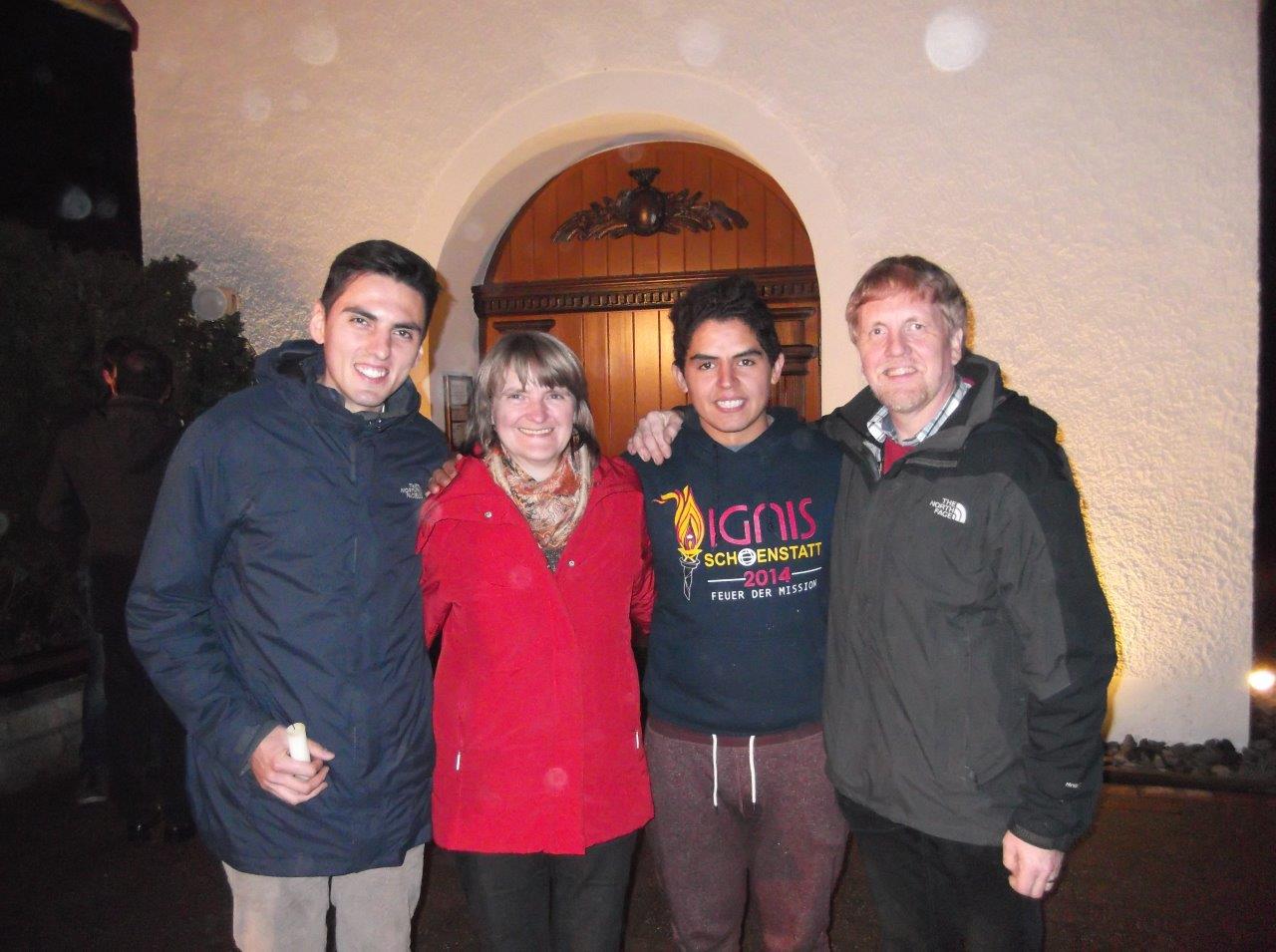