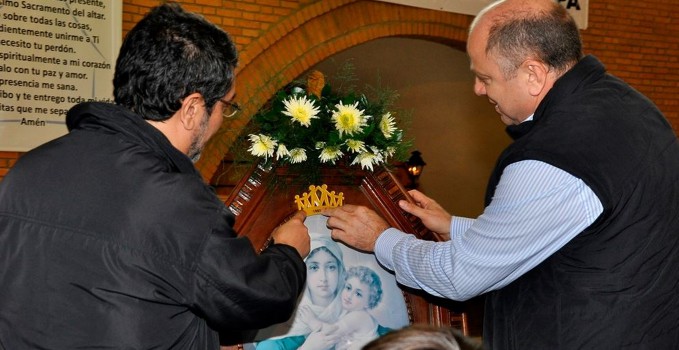 On Sunday, 3 May, Holy Mass was celebrated in Tupãrenda on the occasion of Dequeni’s 30th Anniversary with the presence of many benefactors and sponsors, who collaborated with the Dequení mission, a great project born from the Covenant of Love. Bishop Claudio Giménez, Schoenstatt Father and Bishop of Caácupé, celebrated the Mass. The Blessed Mother was crowned as Queen of Loyalty to Dequení for accompanying this work throughout all these years.

The day’s torrential rains delayed Bishop Claudio’s arrival from Caácupé to Tupãrenda. But this did not keep them from experiencing a festive Mass among collaborators, volunteers, and founders of Dequení and those who currently move this work forward in favor of the neediest children, in the same spirit and under the protection of the Mother of God and of all men/women, and children.

Fredy Agüero, one of the first Dequení volunteers and who presently continues to help very often, presented the offerings at the altar along with his family. Others presented the simple brochure with the first invitation to the street children thirty years ago, and finally the crown…it could not be any other way, although the decision was made only four days before the crowning. 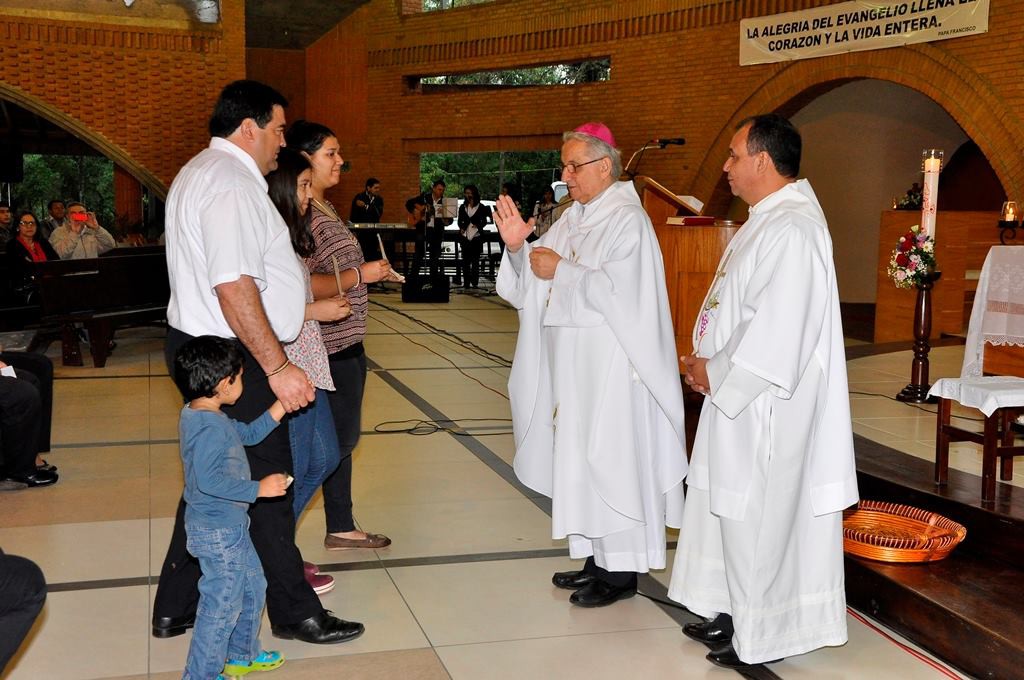 Dequení ‘s logo made into a crown 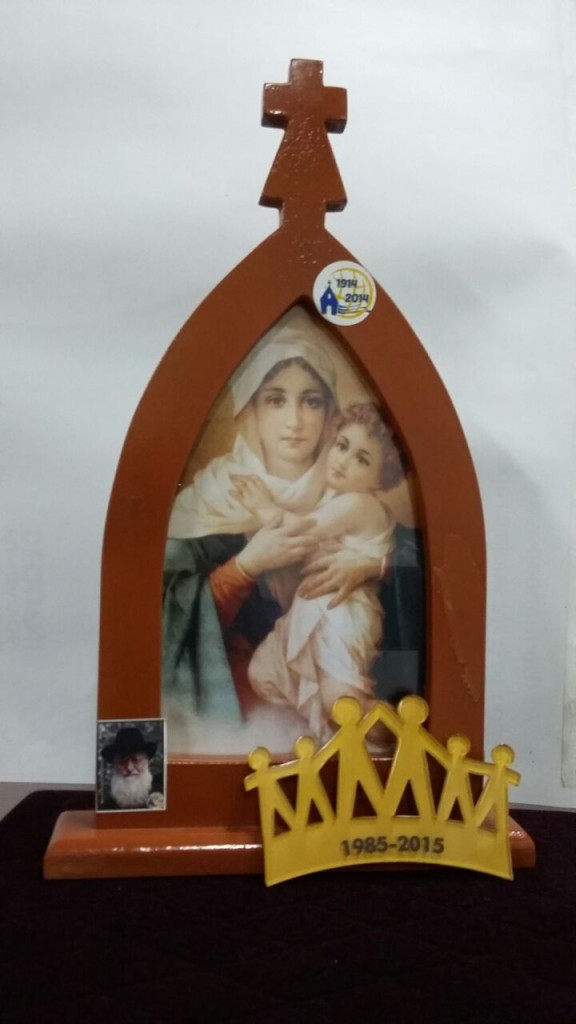 The Blessed Mother, the great protagonist of Dequení, of everything that is done for the children, deserved a crown in gratitude for thirty years of life: this was clear. “But while they gathered contributions to the capital of grace among the children, the collaborators, and the employees, they had not decided what kind of crown to give the Blessed Mother,” Andreza Ortigoza commented.

And as they considered and discussed, they always had it before their eyes. But it was only four days before 3 May that they discovered it: the crown, the only crown for the Blessed Mother in her picture in the beautiful chapel of the Dequení Main House in Fernando de la Mora had to be…that simple drawing that looks like it was cut by children and that depicts parents and children holding hands under a sheltering roof.

Andreza Ortigoza recalls the moment in which they sought how to carry out this decision. Should it be made of metal? Of wood? “All we asked answered: in order to make it from either of the two materials we needed a week. But we did not have a week; we only had two days.” Someone recommended a small business…that could not make it of metal or wood, but they promised: we will make the crown. “We did not even know what material they would use.” There was no time to ask the others if they would like it. “May the children…and the Blessed Mother like it,” they said. The eve of the crowning arrived: it was gold acrylic …they placed it next to the Pilgrim MTA that accompanies all of Dequení’s work.

It is a very simple crown, a crown that symbolizes all those children and their parents who have passed and who are passing through Dequení. Who, thanks to Dequení, left and will leave the vicious cycle of poverty and the lack of education…

Another great moment of Dequení’s 30th Anniversary celebration was the “Noche de pan and vino” [The night of bread and wine”], the annual fundraising night. On Friday, 8 May, they offered a concert “Según pasan los anos” [As the years pass]: music from movies in the Gran Teatro José Asunción Flore del Banco Central del Paraguay. It was an evening to celebrate the road traveled along with the citizens, the benefactors, the volunteers, the businesses of solidarity, the public and private organizations, and institutions that are allies in protecting childhood and supporting the organization’s programs. Through the music, the participants recalled great film productions. Outstanding national artists, under the direction of Maestro Oscar Fadlala, delighted the participants. 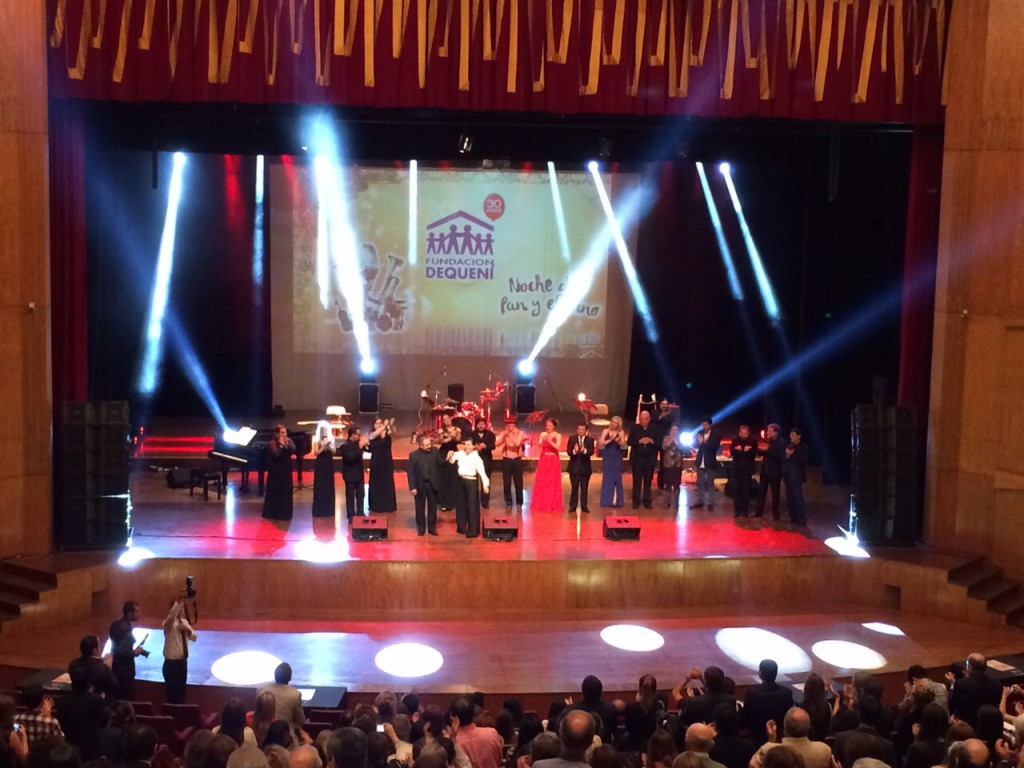 Dequení did not celebrate alone

Many businesses of solidarity expressed their gratitude for being a part of the struggle against poverty and for the children’s future, and they celebrated with Dequeni. The country’s newspapers dedicated articles and interviews about the subject. Above all, the children and the volunteers of the Dequení’s projects celebrated.

Little flags, posters, balloons, and handkerchiefs with Dequení’s logo were made for the anniversary, and they published a magazine with impressive testimonies that are also on the Dequeni website and will also be published on schoenstatt.org in the coming weeks. We do it for the children, since schoenstatt.org is also Dequení’s ally of solidarity.

Dequení’s letters in the Original Shrine 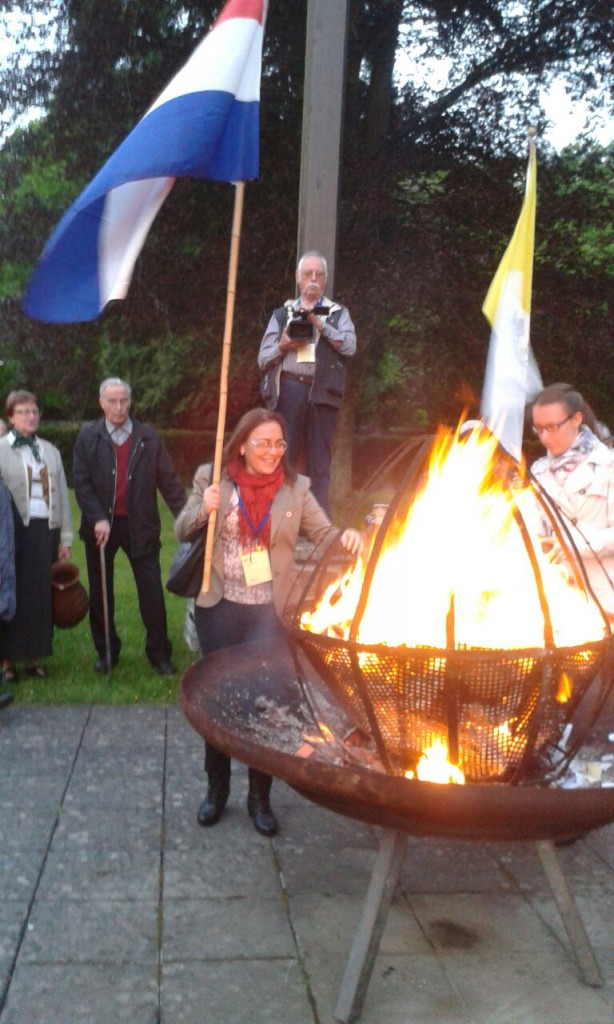 When Andreza Ortigoza, the director of Dequení, traveled to Schoenstatt as a delegate for the Pentecost Congress a few days after the anniversary celebrations, she brought a lot of material about Dequení in her suitcase: the anniversary magazine, the annual summary in English and Spanish, brochures for benefactors, and much more. She gave the material she was unable to distribute to Ingrid Springer and to Maria Fischer. But that was not the most valuable thing that she bought. The greatest treasure were the many letters the children sent, the volunteers and the employees, addressed to the Blessed Mother to be presented in the Original Shrine. “They gave me letters up until the last minute,” Andreza relates. “And up to the last day in Schoenstatt, I wrote the names of those who were unable to write a letter and they asked me through WhatsApp to take their affection to the Blessed Mother in the Original Shrine.” The cradle of the Covenant of Love, the Original Shrine, exists from this very loyal love.

She also placed the list of benefactors on Father Kentenich’s tomb, so that grace will be given to them a hundredfold for their generosity.   Moreover, it is written in German to express gratitude to the families who collaborate from there.

These families were made present on Pentecost, 24 May, in the person of Ingrid Springer, who has worked for years to spread the work of Dequení in Germany and other countries, and she organizes the presentation of the funds donated in Europe. It was an encounter among committed people close to the Original Shrine. “We do it for the children.”

We do it for the children: also from afar

Perhaps the most beautiful greeting for Dequení’s anniversary was from Gisela Ciola, who translated several of the articles about Dequeni`s anniversary into Italian:

“Committed to this beautiful and important initiative and thinking about new ideas to help you grow even more, I personally express my gratitude for sharing the beautiful experiences that are lived in your foundation with us. I had the honor of translating them and it profoundly touched my heart.

United in prayer from my home shrine for this cause with the certainty that the Blessed Mother will always accompany you in this “great” and “concrete” work, I place myself at your service as “your instrument” for all those children who need it so much. 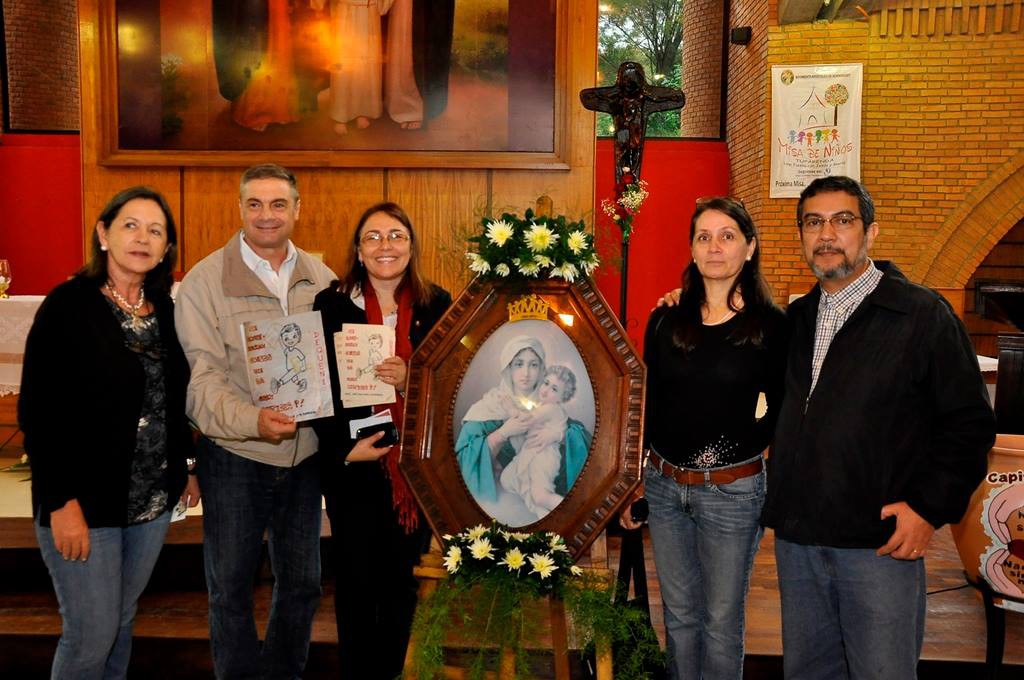 Dequeni in the virtual tents of covenant culture

Bank Account in Germany, for peayments from SEPA zone 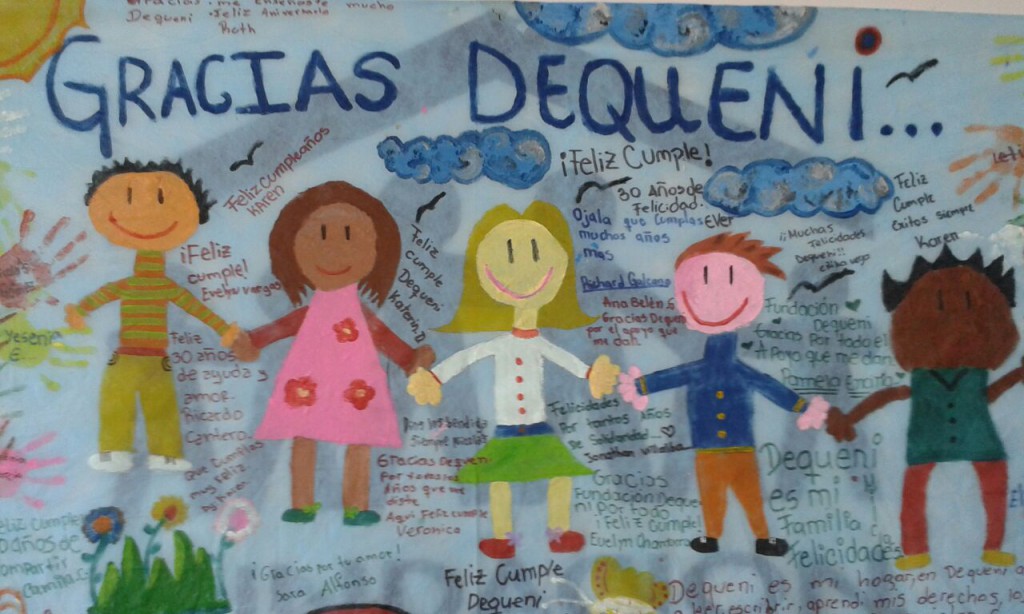