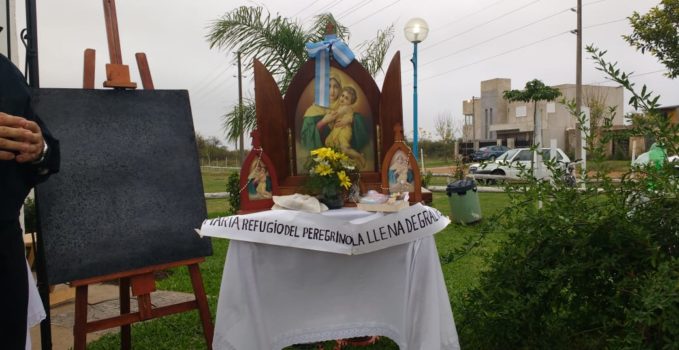 Villaguay’s wayside shrine now has a name – and a commitment

Villaguay, the Central Department of Entre Ríos Province, its capital city bears the same name. Far from the Paraná and Uruguay rivers, it is still attractive due to its own splendid river and spas. Its agricultural production stands out, and it is ideal to visit all year round.—

The Rosary Campaign with the Schoenstatt Pilgrim MTA penetrated deeply into its inhabitants around the parishes of St. Rose and the Immaculate Conception. The missionaries have worked hard, accompanying families.

On May 4th, a grey autumn day with a light drizzle, there was news again about a wayside shrine, which was blessed on 26 July 2015. 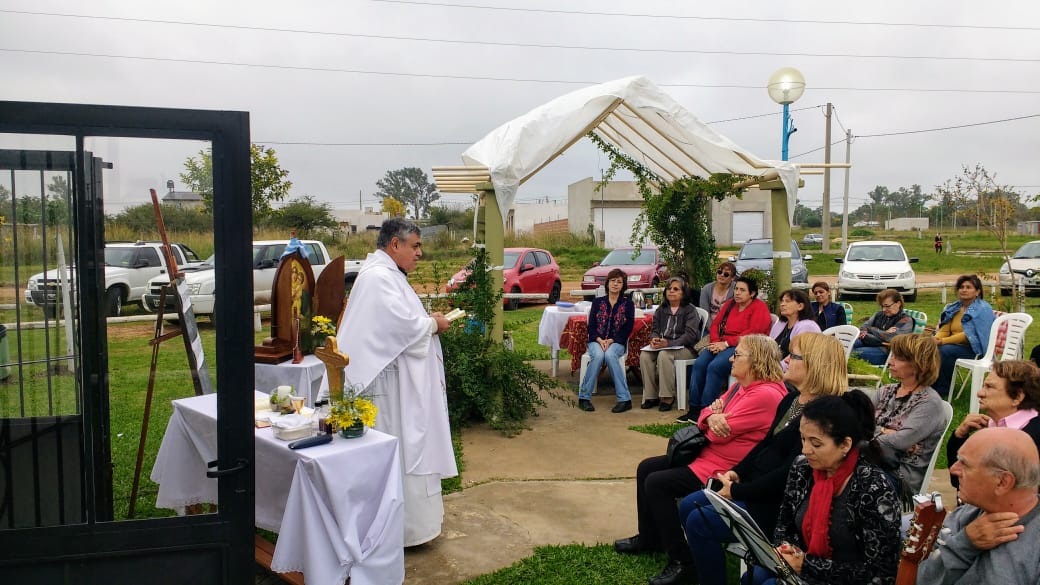 A celebration of Holy Mass took place, accompanied by their priest, Father Rafael Michelud, the Madrugadores Group from Paraná, and young people from Hasenkamp.

Sometime ago their missionaries came with the desire and the need to name their wayside shrine. Not only did it take time, but it took time to decide and come to an agreement. And when the time came, two options were presented:

With the guidance of your priest and Providence, the following phrase was assembled:

“MARY, REFUGE OF THE PILGRIM, FULL OF GRACES”

From the center of Entre Rios, the Blessed Mother pours out her graces like from a Shrine, where her allies offer their work, their apostolates, their thanksgiving, and their daily pilgrimage, so that she may remain and work in their midst.

With the joy of feeling like instruments, the celebration ended. 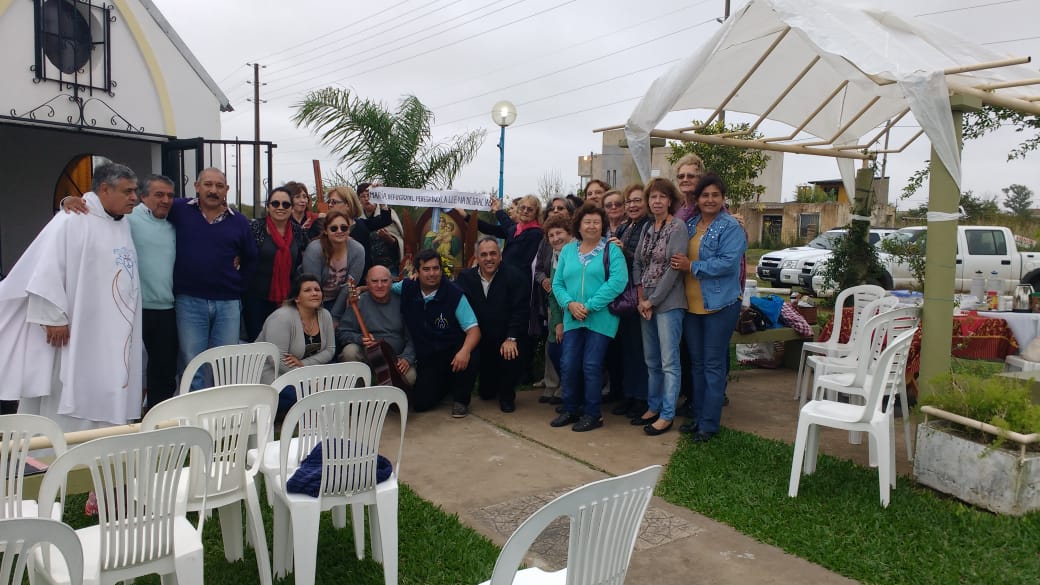