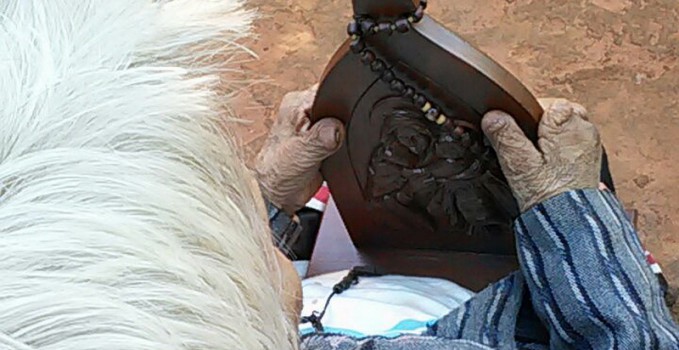 “I ask you to stay with me.” Pilgrim Mother for the visually impaired: on the peripheries of illness and poverty

On 16 January 2015, during a visit from a youth group in an outlying neighborhood of Capiatá. Rafael Vera, of the Pilgrim Mother Campaign Youth Ministry asked a WhatsaApp campaign missionary group: “Is there a Pilgrim Mother for the visually impaired in Paraguay?” They had found Marciana Roda, who lives on Km. 21 in the San José de Capiatá neighborhood: “She lives alone, without help. The neighbors bathe her. She does not have fingers and she is blind…” She needs clothes, linen, and she needs food. She lives through her neighbors’ charity. She suffers from loneliness since her son had left to work. When a Pilgrim Mother’s missionary finds a suffering person, he/she has to act. They cannot forget the commitment to the poor that Don João included in the Campaign. Pious words are not enough or even giving only food and clothing (and less without them). They know that the response to this need would not be complete without offering a visit of the Mother of Mercy, the Pilgrim Mother. Thus Rafael Vera’s precise and simple comment: “The Capiaté Youth Ministry wants to visit her, and we need a Pilgrim Mother for the visually impaired.” 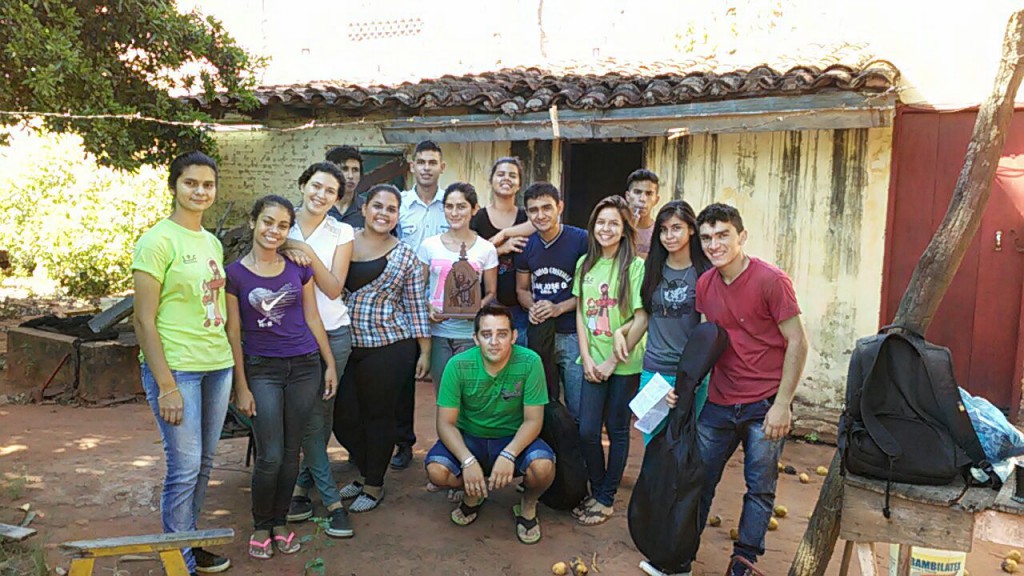 She takes us to where her children need her. 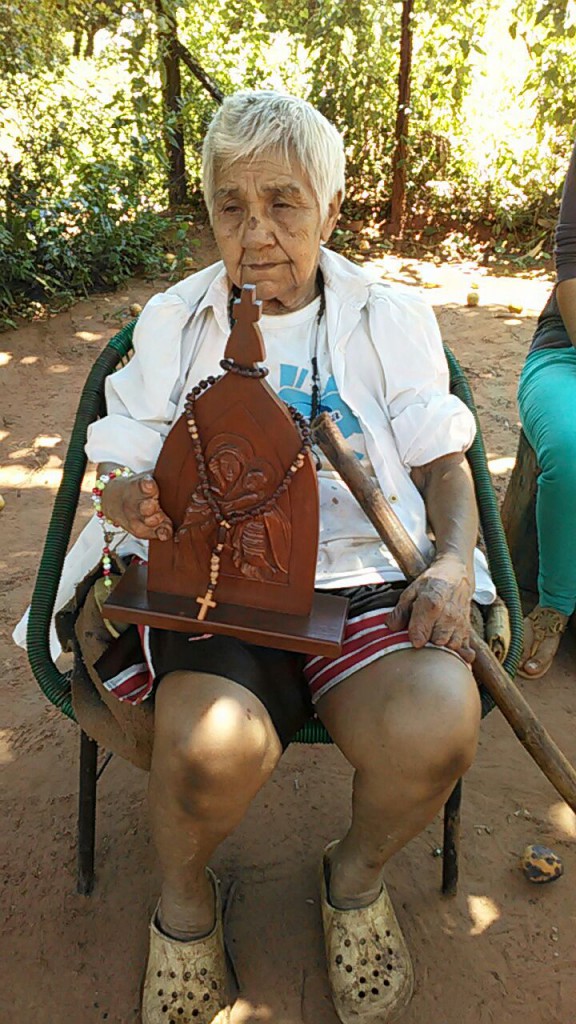 I can say with certainty that she is the great missionary! She is the traveling Mother, who conquers, like when she visited her cousin Elizabeth. Today she visits her children without placing barriers or distance.

On this occasion, she visited Mrs. Marciana Rojas, a blind person, who is a resident of the San José Neighborhood, Companía 9. Rojas Cañada, de Capiatá. The Pilgrim Mother and missionary mobilized several of her missionary children from Paraguay to reach such a remote place. She traveled kilometers to visit her beloved daughter using loyal instruments to accompany her daughter who is experiencing this difficult situation in the midst of loneliness and her family’s abandonment. She happily welcomed our missionary Mother in her arms. She experienced the grace of being sheltered with this visit. “Mother, heal me of this illness, I ask that you stay with me,” were her words.

I can joyfully say that the joy that Ña Marciana felt reaffirmed our task: we are little donkeys at the service of the Mother. She knows where she wants to go, and where she wants to be. I was deeply touched to experience this situation and by Ña Marciana’s reality, being deprived of vision, and who felt the delicate carving of our Mother Thrice Admirable image.

Have you ever thought of having an illness and waiting for this visit? Put yourself in their place and think about the darkness and abandonment they experience, offer service as Mother’s little donkey; she is the light that consoles in afflictions. Think and turn to some blind brother who eagerly waits to feel the sheltering beauty through the sense of touch! Beauty and medicine they receive through the sense of touch…

The blind are in every city

“After this visit, I contacted two other people with this difficulty,” Rafael commented. “The blind are in every city. What a good, divine inspiration Rosita Ciola had! I invite you to experience it. I was guiding the old lady as she touched…”

On the same day, the Youth Ministry missionaries from Pedro Juan Caballero visited the sick, and they worked to combat dengue.

“In an ever new miracle, divine mercy shines forth in our lives, inspiring each of us to love our neighbour, and to devote ourselves to what the Church’s tradition calls the spiritual and corporal works of mercy.” Pope Francis wrote in his message for Lent 2016. “These works remind us that faith finds expression in concrete everyday actions meant to help our neighbours in body and spirit: by feeding, visiting, comforting and instructing them.  On such things will we be judged.  For this reason, I expressed my hope that “the Christian people may reflect on the corporal and spiritual works of mercy; this will be a way to reawaken our conscience, too often grown dull in the face of poverty, and to enter more deeply into the heart of the Gospel where the poor have a special experience of God’s mercy” (ibid., 15).  For in the poor, the flesh of Christ “becomes visible in the flesh of the tortured, the crushed, the scourged, the malnourished, and the exiled… to be acknowledged, touched, and cared for by us” (ibid.) (Pope Francis, Lenten Message 2016, Part 3).

Thank you, Paraguayan Youth Ministry, for showing us that it can be done. 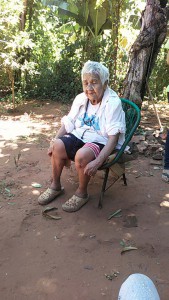 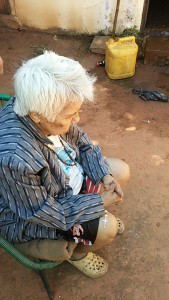 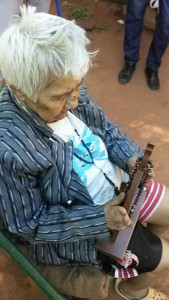