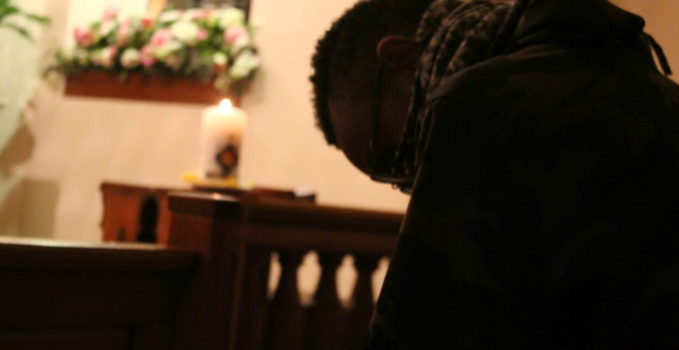 Do you ever look around at the world and feel completely hopeless?

I work in media, and there are days that I just can’t watch another news program or read another newspaper. There is so much misery, despair, and power games at the cost of the most vulnerable people of the world. The problems are so complex and I am powerless to make even the slightest difference to alleviate the world’s troubles. But yet, I am moved by the suffering of countless millions.

The need to do something, anything, is what moved the Women’s League in Cape Town to revive an old tradition. 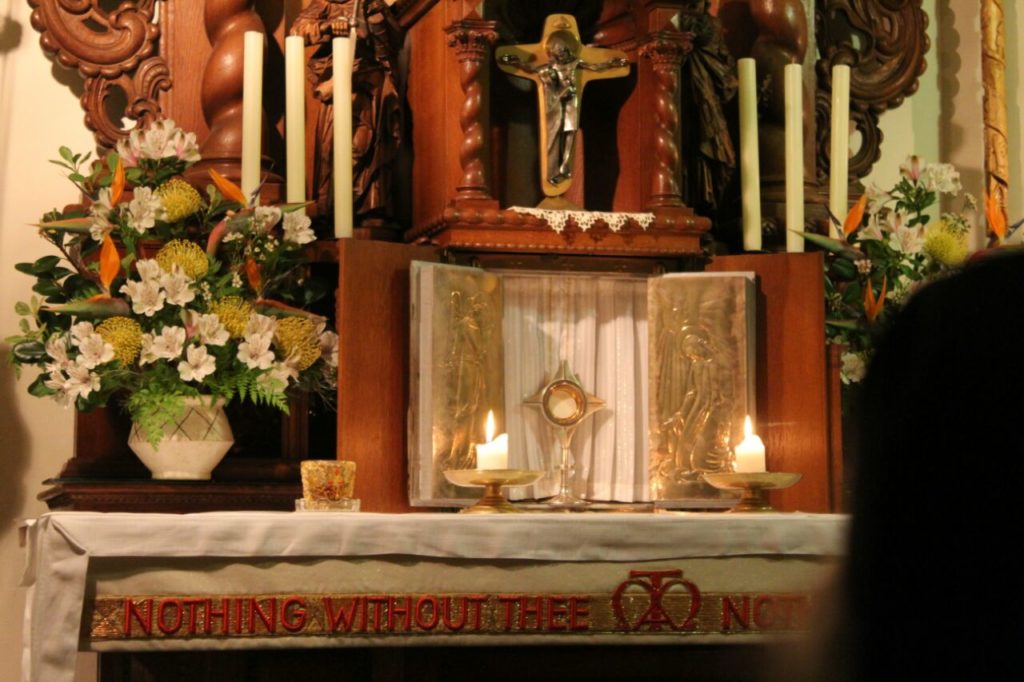 Prayer can change the world

During the apartheid years in South Africa, the Women’s League used to hold all-night vigils every month to pray for the country. To protest openly against the regime in those days could get you arrested, or worse. There was nothing that people felt they could do to stand up to power. So the Schoenstatt Family prayed.

Apartheid ended and South Africa transitioned to democracy in such a peaceful way that it was truly miraculous, the result of prayer from thousands of people from all faiths. 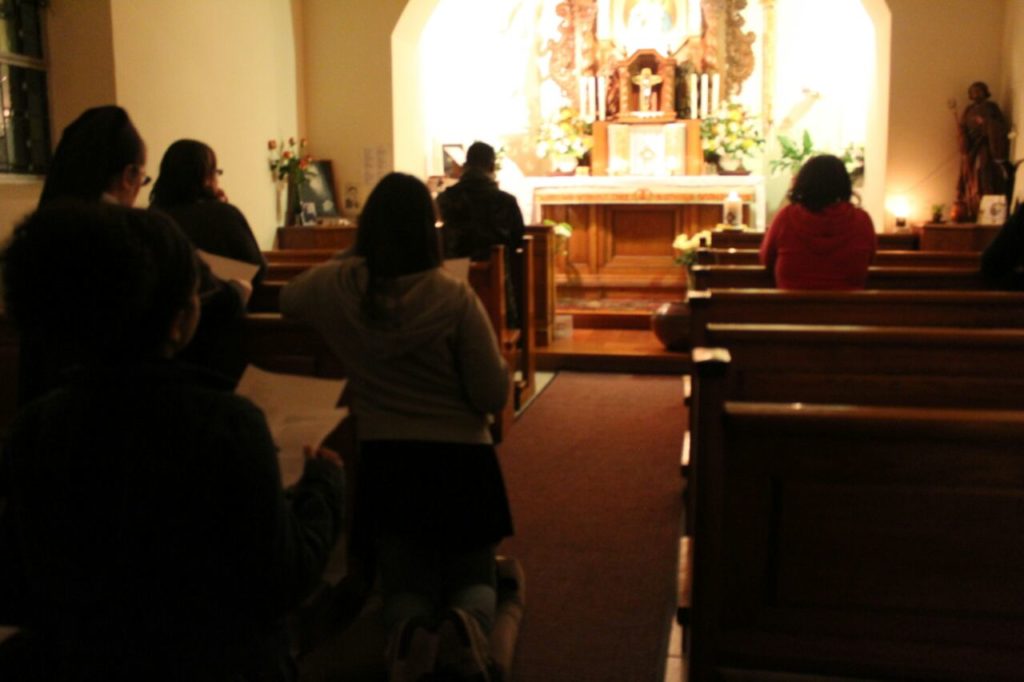 The dream was born and surpassed all expectations!

This is why the Women’s League decided to revive the old tradition. The dream was born, first among the two or three who found out about the all night vigils in the Women’s League chronicles. Then the fire caught hold among the other members of the group, and beyond into the Schoenstatt Family.

The all-night vigil took place on 20 October from 7pm to 7am the next morning, ending with morning mass with the Schoenstatt Sisters. The numbers of people praying in the shrine slowly grew and by 10pm there were 40 people praying for South Africa and the world. The youth came, so did the Family League (and some of the men helped to provide security), the Schoenstatt Sisters, the Mothers’ branches, a convert to Catholicism from a local parish, a Brazilian pilgrim who missed her Pilgrim Mother group back home. The people came to pray for the needs of the world, uniting with Pope Francis who regularly calls us to pray for the world.

As the night went on, some people had to return to their families, but 15 people kept vigil the whole night long before the Blessed Sacrament. They prayed the prayers of the Church, received Fr. Kentenich’s blessing at 9pm, spent time in quiet adoration, prayed for physical and emotional healing of people who have been hurt by life, and sang hymns of praise.

A few dozed off, but a coffee station and some treats kept everyone awake through the night. Here are some of their comments:

Evadne said: “The privilege, the prayer, the perseverance of Christ and the unity with my fellow brothers and sisters under the guidance of Mary, our Mother, invigorated my soul beyond my own understanding.”

For Andrea, the vigil was “so reverent” that she felt “as if I was on a spiritual retreat. I spent the entire night praying and petitioning Our Lady for circumstances and challenges that are out of my control.”

Maxine spoke about the power of praying as a community, saying: “Not only did we spend 12 hours with Jesus, but we also got to spend it with each other…deepening not only our love for Christ but for each other by coming together as family, people from all different walks of life, gathered to celebrate our one common love, Our Lady and her Son.” 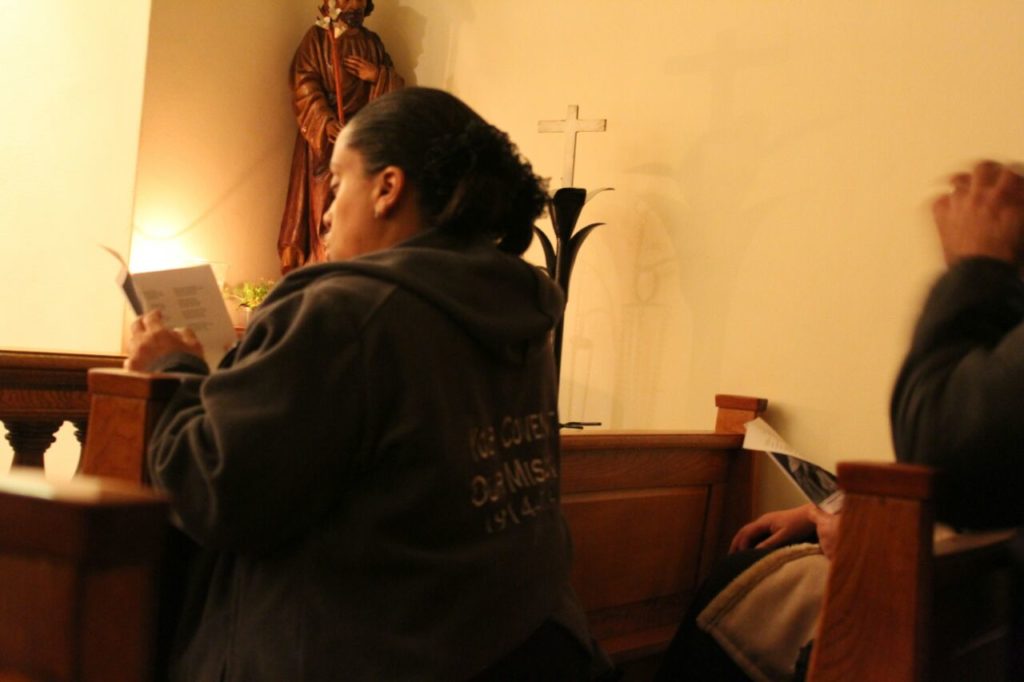 As everyone was saying goodbye — with some heading off to bed, others to work or to class — it was clear: this was just the beginning. The all night prayer vigils must continue.

But the dream is even bigger.  What else can we do? Is there something else that we can do, as a small Family with limited resources, to give hope and a future to the people of our city and our country? It is our desire that from these nights of prayer, a mission to reach out into the wider community will be born.

Mother we go with you. 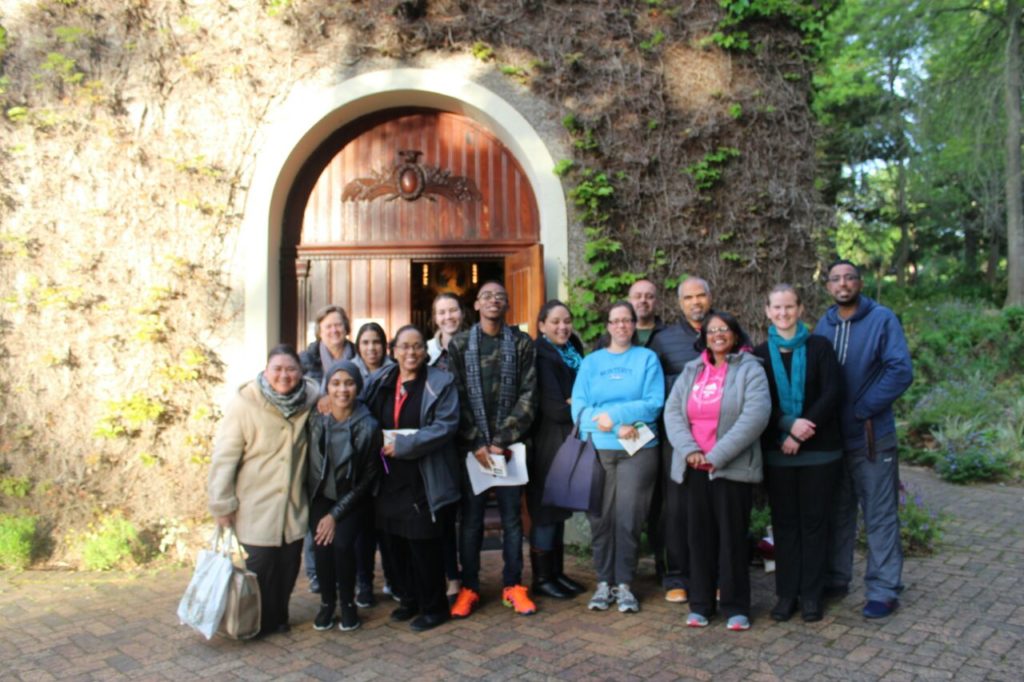