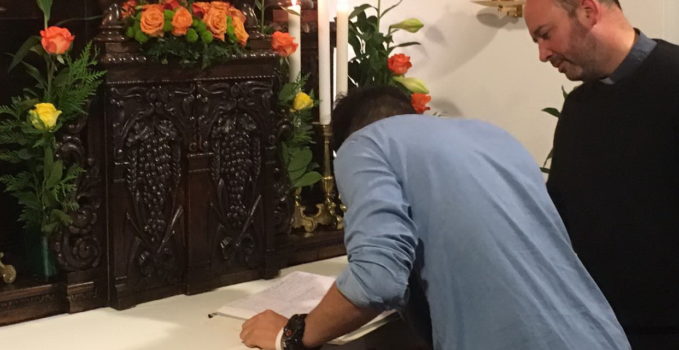 It was like more than 100 years ago, in the same place, on the same day 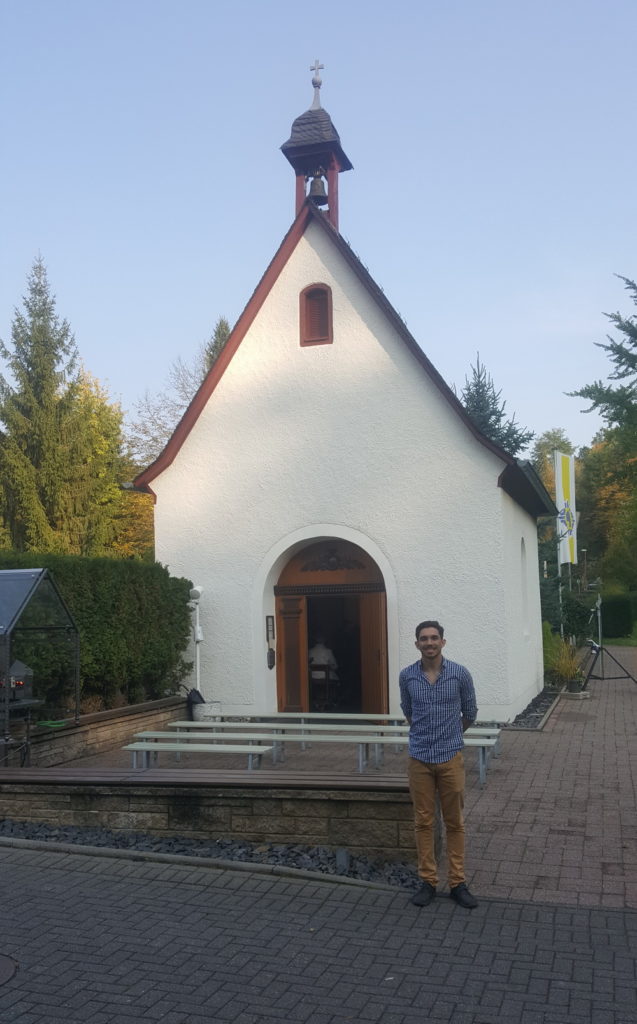 My name is Andrés Romero, I am 19 years old, I am from Paraguay, and I have belonged to the wonderful Schoenstatt Movement for as long I can remember.

My parents joined the Movement the same year I was born; therefore it could be said I was practically born and raised in Schoenstatt. I say this so that you will understand the magnitude of what sealing the Covenant of Love and the preparation that led me to make the decision for this “yes” means to me.

At the beginning of this year, I remember after a Mass in the Santuario Joven (Youth Shrine) in Asunción, I entered the shrine and I said, “Blessed Mother, the time has come. This year I will seal my Covenant of Love.” I never imagined what she had prepared for me.

Time passed and that promise moved farther away. I had the opportunity to take a course in London and I embarked for Europe.

This is the moment

Planning my trip, I realized that my course would end a few days before October 18. I took this as the Blessed Mother’s great voice now telling me: “Andrés, the time has come!”

This is how the adventure for coming to Schoenstatt began. Upon arriving one day before, on October 17, at House Marienau, I was welcomed by the great Maria Fischer, who made me feel at home with her charisma.

I was so emotional that when I was asked “What is a Paraguayan doing so far from Paraguay?” The first thing that came to my mind and without hesitation was: “I came to seal my Covenant!”

Once settled in the retreat house, I decided to go to the Original Shrine. I walked a little lost, arriving at a Pallotine church and when I turned…there was the Shrine. I couldn’t believe it, the origin of that joy that changed my life, was in front of me. Upon entering, the first tears began fall. It still had not occurred to me that 103 years later, in the same place, on the same day, I would seal the same Covenant of Love that the first sodalists had sealed. 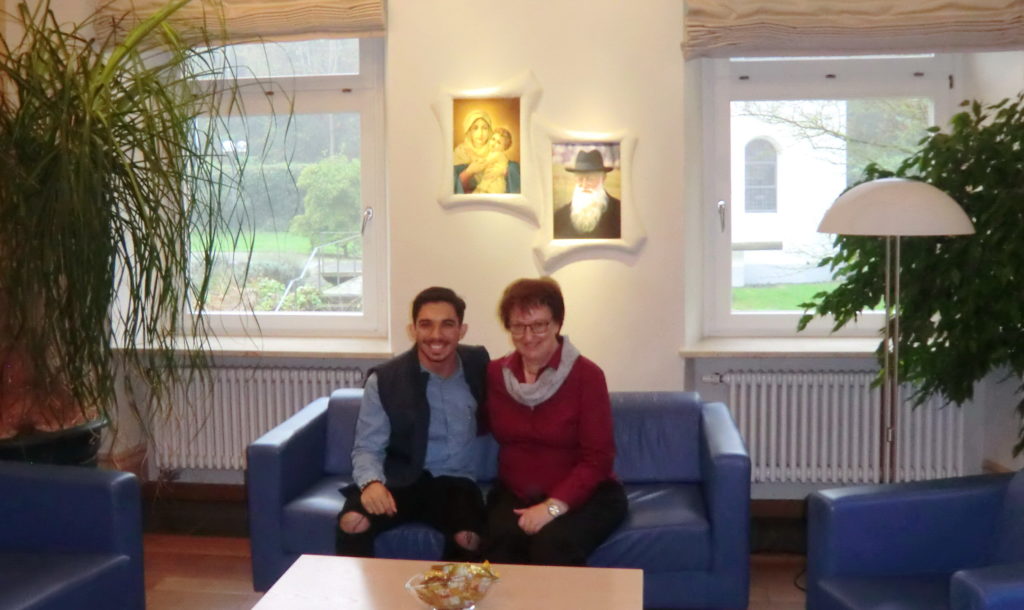 More gifts from the Blessed Mother

But that was not all; the Blessed Mother had prepared another gift for me. I not only felt at home, instead imagine my surprise when I found out that I wasn’t the only Paraguayan there. I met Roberto, currently a novice of the Brothers of Mary community, Guille, and Gabi who are studying in Spain and decided to visit the Blessed Mother on her great day, Mica, who is working in Schoenstatt with Zorava and Romi, who joined the day of celebration.

Now I was feeling even more at home since I was with my people and a group of Latinos, who later became good friends (some Chileans who were also there), and they accompanied me in this great milestone in my life.

And I found myself here, more than 100 years later, sealing my Covenant of Love in the cradle of grace. I felt like a living witness of how the “Mater Perfectam Habebit Curam” (“The Blessed Mother Takes Perfect Care”)

Go an enkindle the world for Schoenstatt

The Blessed Mother can never be outdone in generosity. Now I am excited to take this fire back to Paraguay, heart of South America, of which I am certain, is Mary’s favorite place.

Special thanks to Fr. Ignacio Camacho for making this dream come true and for welcoming me with such good vibes from the beginning. 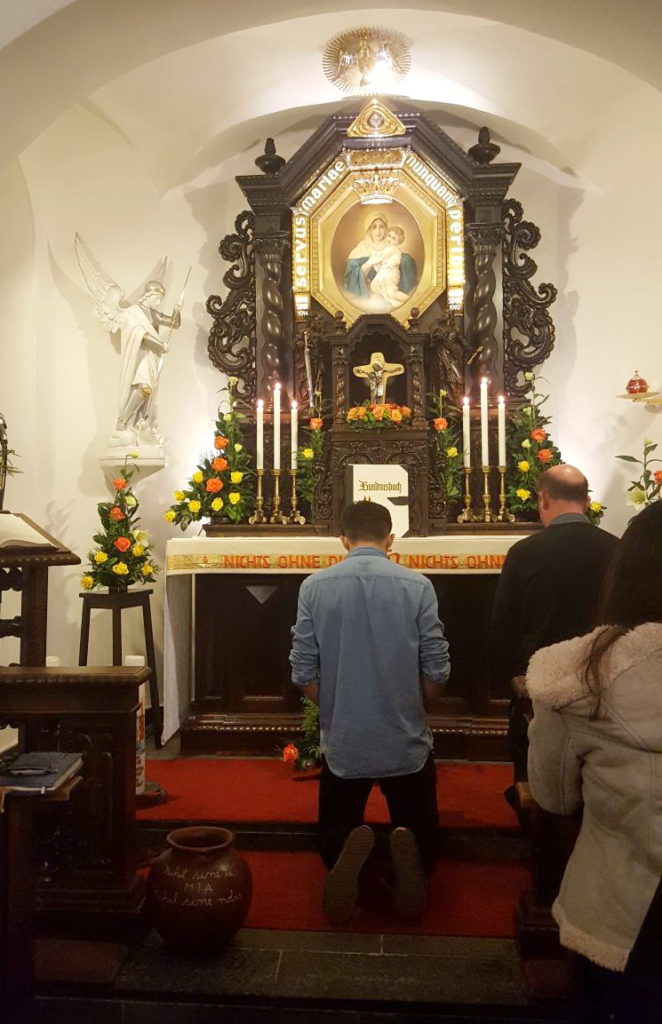