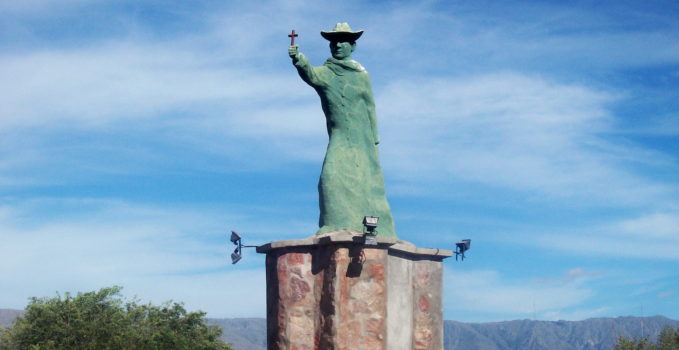 In Argentina, as well as at the Vatican, and even at the Belmonte Shrine in Rome, everything is in preparation for 16 October, when Pope Francis will canonize José Gabriel del Rosario Brochero, better known as Cura Brochero, at the St. Peters.  That day, he will become the first Argentinean saint, who was born and died in that country.  For the occasion of the canonization that will be attended by several groups of Schoenstatt pilgrims, Fr. José María Iturrería, the great promoter of initiatives such as Mary’s Crusade and Fackellauf, shares a brand new project, The Brochero Road.  “We are organizing a pilgrimage similar to Mary’s Crusade with a group of young men. Since Cura Brochero’s canonization will be this October, it is an excellent opportunity to make the project we are setting up known, we want to offer an open invitation to all the Movement’s young men, and we also want to make it known through schoenstatt.org.  Concretely, it is about a youth pilgrimage, in the style of Mary’s Crusade that will travel in the footsteps our “Gaucho priest.”

On the 16-22 January 2017, we will carry out a 150 km. (93.2 miles) pilgrimage from Córdoba, Argentina to Villa Cura Brochero with a group of 150 young men to the Villa Cura Brochero area, where the remains of this Argentinean saint rest. We will travel the same road Cura Brochero did on the back of a mule more than 140 years ago.

Inspired by St. James’s Way and Mary’s Crusade, we want to offer the Schoenstatt Youth an opportunity to have a national and international activity, during which the young men can grow deeper in Brochero’s example of holiness and encounter God through the wonders of nature.

The pilgrimage will last six days, and we will walk approximately 150 Km. (93.2 miles) crossing Altas Cumbres of the Sierras de Córdoba mountains (2,240 m. or 1.3 mi.) by an old road.  Every night we will be welcomed and rest at parishes, monasteries and camping areas in Malagueño, San Antonio de Arredondo, Copina, Pampa de Achala, Mina Clavero and finally Villa Cura Brochero.

What motivates this pilgrimage? 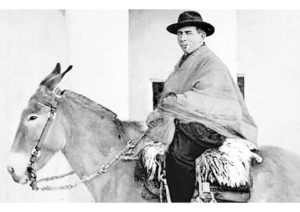 For some time, the example and life of José Gabriel del Rosario Brochero has inspired those from Serrano and Córdoba, but surely, departing from his canonization, his legacy and his image will spread and become universal to all of Argentina and beyond.

Within the framework of Argentina’s Bicentennial of Independence and the Year of Mercy that Pope Francis has motivated throughout the entire world, Cura Brochero’s life and work becomes a very special motivation for us to commit ourselves with the Nation in solidarity with the poorest, in fraternity and in a concrete commitment to build the Nation from the same values on which it was founded as a free and sovereign state.

Who was José Gabriel Brochero?

He was born in Villa Santa Rosa, province of Córdoba, on 16 March 1840; he was an Argentinean Catholic presbyter, popularly called “the gaucho priest”.

He was ordained as a priest on 4 November 1866. Firstly, he carried out his priestly ministry in the Córdoba Cathedral, and he was prefect of studies at the Our Lady of Loreto Seminary.

Already in 1867, Brochero was outstanding for his commitment in helping the sick and dying during the cholera epidemic that scourged Córdoba.

On 19 November 1869, he was chosen vicar of the San Alberto department, currently known as the Valley of Traslasierra, with headquarters in the area of Villa del Tránsito that as of 1915 bears his name.  At that time, this valley had approximately 10,000 residents. There he assumed the needs of the people as his own. He built churches and chapels with his own hands, he raised schools, and he opened roads in the mountain, encouraging the settlers to accompany him.

In his old age Fr. Brochero became ill with leprosy, because of living among those who had this illness; he even shared mate [herbal tea] with them.  For this reason, he was deaf and blind before he died in Villa del Tránsito on 26 January 1914. 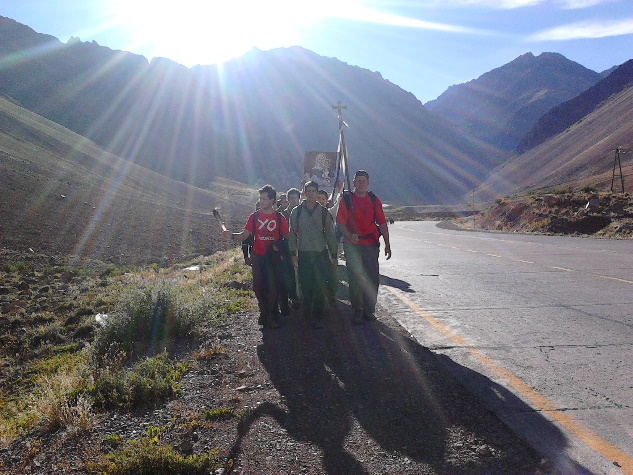 All young men ages 18 and above can register to join this pilgrimage. It is necessary to complete the registration form and to follow the necessary requirements. Those who want more information may do so online, our Facebook page, or by sending an email to the address below.

And if I cannot go on pilgrimage, how can I participate?

On this pilgrimage, we want to take all the desires and petitions so that our future saint may present them, through the hands of the “La Purisíma” [The Purest Blessed Mother], to God the Father. So, if you want join spiritually, you may do it by sending a message with your petition for prayer to our Facebook page or our email. 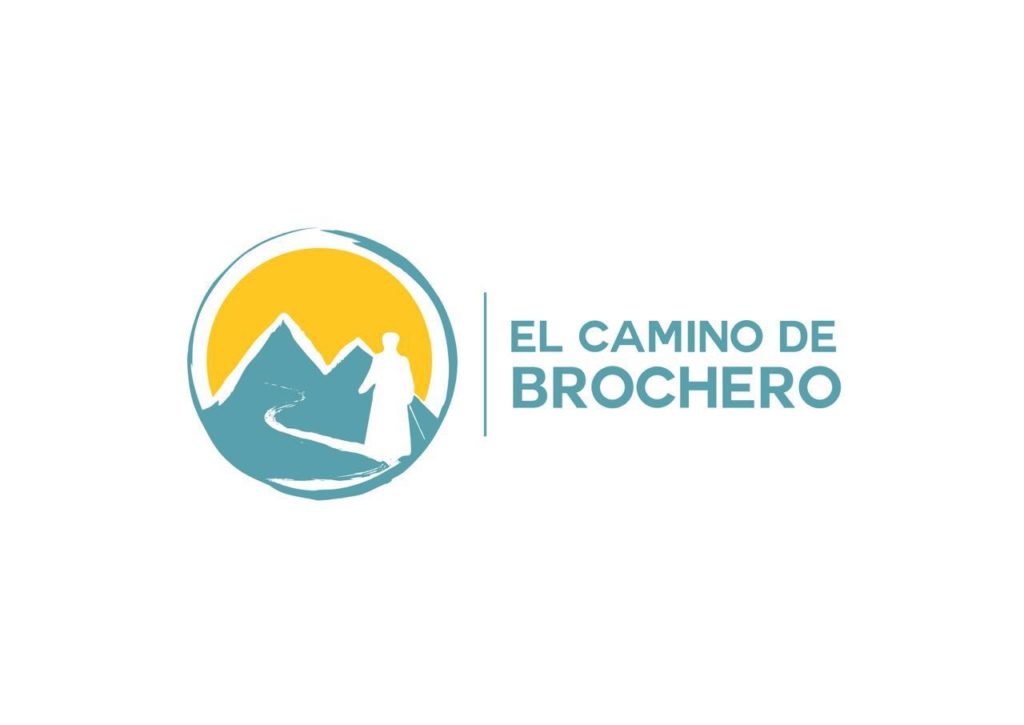