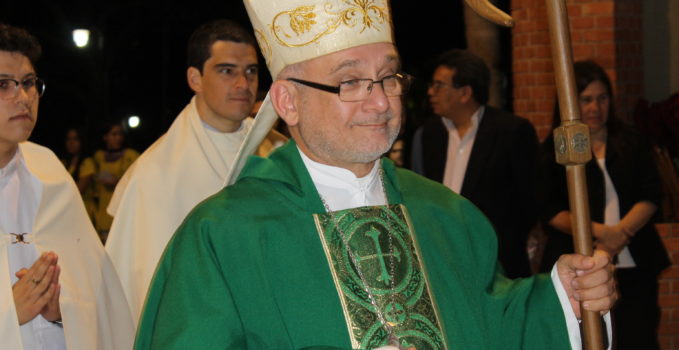 The Church without power, but full of life

The question of Jesus to his disciples occurs in the context of what many comment after having seen the power of the Lord. This new Master has made himself known by his many marvels/wonders. Who do they say that I am? It is not only about defining his nature but also understanding his strength, his power, his mystery.

Many follow the Lord because they want to be on the side of the powerful one. Acknowledging him as the Messiah, they acknowledge that his power is superior, Divine. But the covenant with the powerful one enters into conflict when Jesus himself speaks of his passion and death. Peter who had confessed his faith – not by human understanding, but Divine – does not understand and is reprimanded by the Master who accuses him of acting with contrary power, by human thinking concerning God and his power. The Covenant with the Lord, and of those who walk with him, should come forth through the negation of self, in the offering of oneself so that the victory of the life of Christ can be manifested.

This is a very present topic in the Church and in the world. Power continues being the focus of attention for many questions. The seductive strength of human power and the distortion of understanding Divine power continue generating zones of darkness in human life and in the life of the Church.

Our Schoenstatt Family closes today a year dedicated to our Father and Founder. It is the 50th anniversary of his Home-going. His Covenant, the Covenant of Love with the Blessed Mother is the source of life and the key to the charism that defines us.

From a human point of view, many see the successful external signs of a Family. They think of powerful resources, perhaps in influential benefactors. Perhaps many of us have also sensed the temptation of power when thinking of ourselves as better than others. But being better in the charism of Father Kentenich means being allies (partners) of true power – and not being slaves to it – means to deny oneself of earthly power so that it can manifest itself in the power of Divine love, aspiring for the Blank Check and the Inscriptio, understood and fully lived as an offering of self.

The school where we learn this way of being Christians is the Covenant of Love with the Mother Thrice Admirable, Queen and Victress of Schoenstatt, the Blessed Mother. It is the school of the life of the Founder. Who do we say Father Kentenich is? Sometimes we would like to present him with human criteria that please the public, demonstrating his greatness in his many writings and in the extensive dissemination of his charism. The true greatness of Father Kentenich is that he lived the Covenant correctly, as a way to fully belong to Christ. In that Covenant, he gradually detached from self so that God, provident and rich in mercy, could manifest himself, the Lord of History and the Master of life. His biography is a testimony for us of that school where we see, from his infancy until he returns to Schoenstatt, how he was stripped of power so many times so that he could only entrust his childlike helplessness into the correct hands. Gymnich, Oberhausen, Dachau, and Milwaukee: in them the answer to the question is revealed: Who is Father Kentenich?

For the entire Church, St. Pius X coined– in the encyclical “Ad Diem Illum Laetissimum,” February 2, 1904 – that truth which our Founder teaches us to embody with his own life and with his words: “From this point, as we have already noted, nobody is to be more effective for uniting men with Christ than this Mother. Yes, according to the word of Christ, this is the eternal life: that they know you, only true God and the one you sent, Jesus Christ, once received through Mary, the saving news of Christ. Through Mary we also more easily achieve that life whose source and beginning is Christ.” The vital knowing of Christ, we acquire in the Covenant of Love with Mary, it leads us to be in nearness to and in the intimacy of the Lord. The charism of Father and the Family embodies something of the sensus fidei eclesial and of the Magisterium, as a gift for the present time. In February of 1904, the Church, as provident Mother, had the truth about Marian devotion for novice Kentenich, which become the charism in overcoming the crisis that began that same year.

Nobody more is effective than Mary… Nobody has more power than she has to unite us to Christ. What is her power? The grace which floods her, by her “Yes” that empties her, her smallness and humility chosen by God, her faithful helplessness, her simple direction toward the Divine Will, her maternal heart full of love for the children of God, her effective surrender and her permanent supplication from the impotence of the dispossessed, of those the Blessed Mother educates so that they can be free, firm, and apostolic persons. 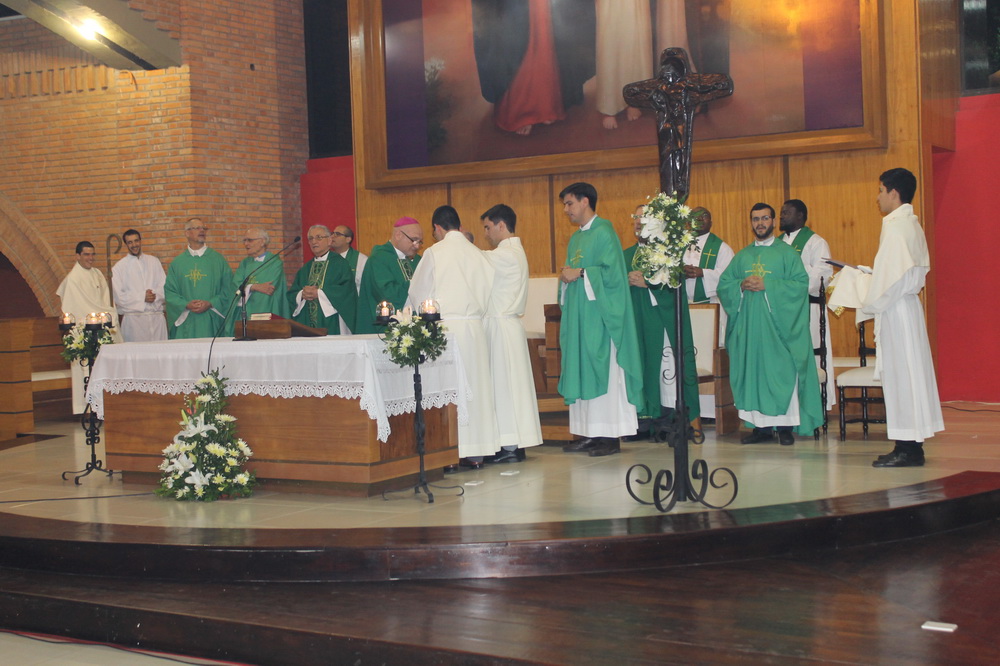 Our power, lived in the charism, is that of the Covenant of Love. It is the power of those who know they are loved in their smallness and place their frailty at God’s disposal so that, united to Mary, the Lord does great things for the glory of the Triune God. It is the power of the desired attachment by God, the power of childlikeness, where the helplessness of the child becomes a blessing of the Father. Our power is the commitment to follow Christ with Mary, offering the humble power of the Capital of Grace, the power of the concrete that models our Christian life so that Mary, as minister of the graces of being sheltered, inner transformation, and apostolic sending forth, helps us to reach the fullness of supernatural grace of redeemed children.

What we are is what we do. We are allies (partners) who offer their life to build Schoenstatt, Nation of God. We are children of radical confidence in Divine Providence, and in the Church, we want to be the power of love, the heart, a heart full of faith and full of charity, full of mercy and surrender. We do not seek first place to be applauded and recognized. We only want to be what the Lord tells us, as Mary has taught us.

From our Founder, we have learned to love a new Church seeking to live her out in one’s own family. Without power but full of life, it is the Church of spiritual richness. It is the Church of freedom for all that is possible, only norms that are necessary (restrictions as few as possible) but the maximum cultivation of the spirit (spiritual formation as much as possible). It is the Church of the Covenant with the unique power, the power of the new commandment manifested in people and in works, in communities and services, in a culture and in a spirituality always open to encounter, to dialogue, to brotherhood, to mercy, to prayer. An acknowledged Family that feels it is the living Church, in the Church, with the Church, and for the Church. We are not more; we are the Church we support with its lights and its shadows, with its trials, and present temptations. We are not the other Church, because she is One. We are the Church that allows itself to always be modeled by its Master, stripping itself to be totally for the Lord.

He loved the Church. Thus reads the message eternalized on Father Kentenich’s tomb. We love the Church should remain written on the hearts of allies (partners) who live his charism, making him known. Who is Kentenich, who are we? Those who, with Mary, know and love Christ and follow him obediently to build his Church and manifest his Kingdom, that Kingdom that only grows and flourishes when the power of the Most High drives it and makes it fertile.

Once again, the times we are living shake up culture, society, institutions. Family, identity, authority, Church, community see themselves confronted with failures and criticisms that awaken reactions, some conservative, others reactionary. Old ideological positions return to the battle, no longer at a level of identifiable geographical politics, but in all surroundings, going beyond boundaries, even into intimate spaces.

The temptation of helplessness can lead some to the attitude of Peter who once more will only achieve the reprimand of the Lord because it weakens his Gospel. Only in surrendering and uniting with Jesus can helplessness be overcome. How to do it in the most effective way, the most powerful way? Nobody has more power than Mary: the Covenant of Love.

In Covenant, we sit at the side of the Founder who with open arms wants to receive all of Mary’s allies (covenant partners). Let us say once again with faith: Here I am. May God’s will be done in me and in us. And Father’s charismatic smile will become ours. 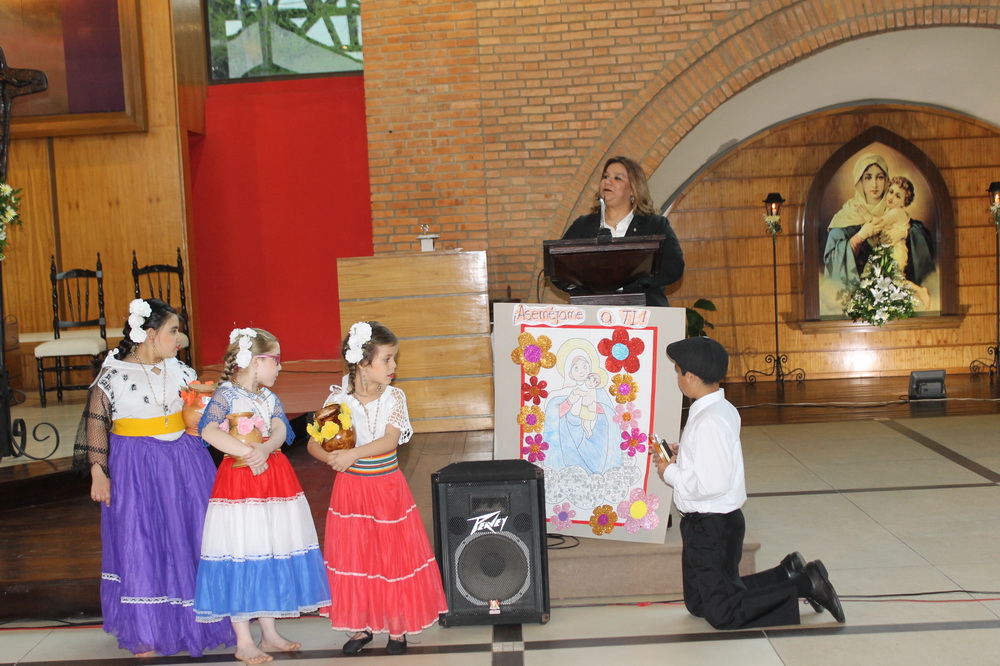