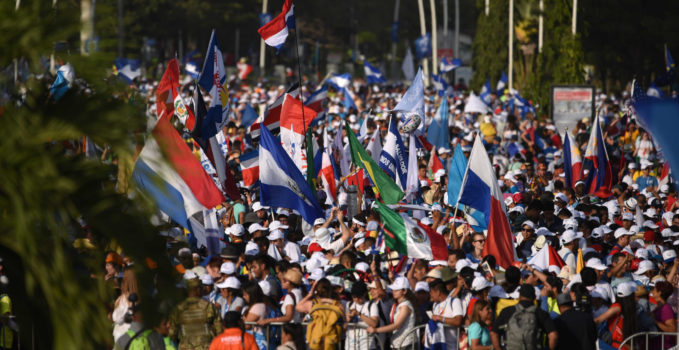 “I am the servant of the Lord. May it be done to me according to your word” – Opening Mass of the WYD

“We thank God for hosting the first World Youth Day where Mary – “the star of evangelization” – has been proposed to you as a model of courage and courage, who was available to fulfill God’s plan , for the one who had chosen her and whose response is the motto of this WYD: “Behold the handmaid of the Lord, let it be done to me according to your word.” During the opening Mass of the World Youth Day (WYD) Panama 2019, the local Archbishop, Bishop José Domingo Ulloa, expressed his joy and gratitude, and assured that the Church is in the hands of the youth.— 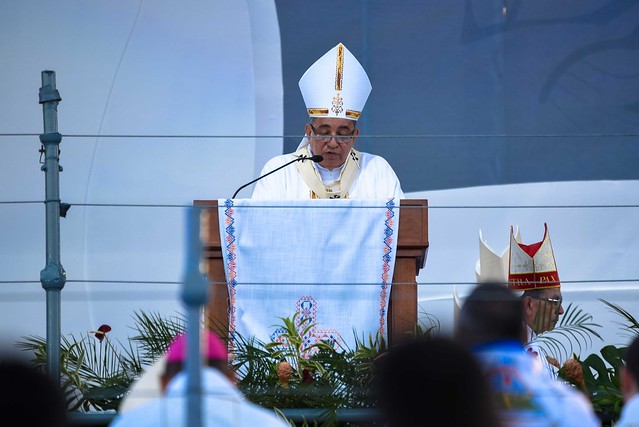 “In the Church we are waiting for this young spring. We trust you, we expect much from you, because we are fully convinced that the true champions for the changes and transformations that humanity and the Church require are in your hands, in your capacities, in your vision of a better world,” said Bishop Ulloa.

According to the Local Organizing Committee (LOC), 75.000 people, including young people, priests and bishops, attended the opening celebration of WYD. These are just the numbers…behind these, there are 75.000 stories of sacrfice and hard work to be in Panama at this moment, the “youth capital of the world” for a whole week. There is a sea of flags, songs, pure emotion.

In his homily, the archbishop said that in order to do this, the young people should prepare themselves in conscience by knowing their personal, family, social, cultural and faith histories. This path should include the guidance of their grandparents and the Virgin Mary who is always ready to serve.

“Rather, it is something real and concrete: A saint defends the defenseless: the unborn, but also the one born in misery; defends migrants, seeks justice; prays, lives and loves the community; a saint is cheerful and has a sense of humor; always strives, does not acceptmediocrity, lives the mercy of God and shares it with your neighbor.” 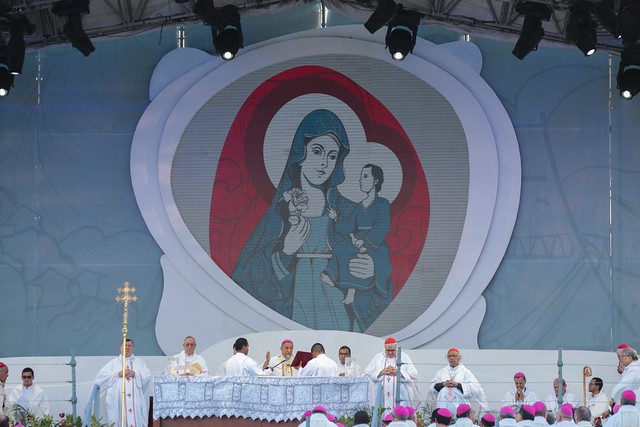 A powerful message from Bishop Ulloa: “Thank you, Pope Francis, for trusting us and giving us the opportunity to make a WYD for the youth from the existential and geographical peripheries. We hope that it will be a balm for the difficult situation with which many of them live without hope, especially the indigenous and Afro-descendant youth, the youth who migrate due to the almost null response of their countries of origin, which throw them to pin their hopes on other countries, exposing them to drug trafficking, human trafficking, crime, and many other social ills…” 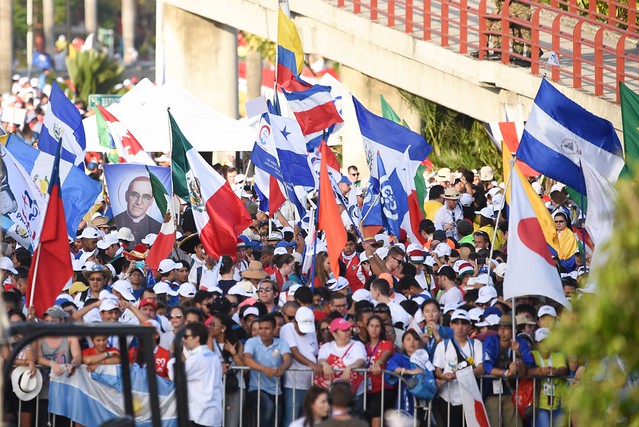 “This WYD has been entrusted to Mary. Trusting Mary is not only asking her to help us or ask for her intercession in everything; it is also acting like her.  Let’s imitate her willingness to serve, as she did with her cousin Elizabeth. Are we willing for a sword to pierce our hearts as it did for Mary, to live the passion of her Son and wait patiently for His joyful Resurrection?” Bishop Ulloa asked.

In the live transmission, we saw a few Schoenstatters waving a small Pilgrim Mother. Covenant of love, reaching out, in the service of others. Be instruments of Mary. Practically. 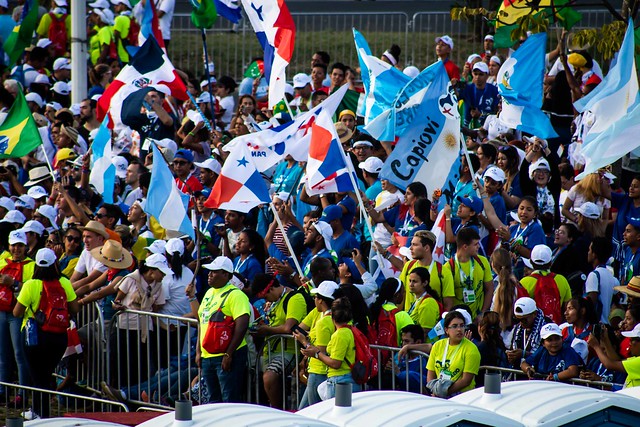 Tags : I am the servant of the Lord, Mary, migration, Panamá, periphery, Ulloa, Virgin, WYD, WYD2019