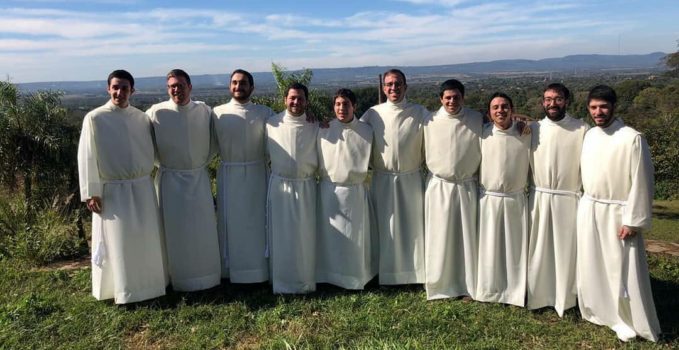 A “yes” accompanied by the Argentine family

For the Schoenstatt Family of Chaco, Argentina, witnessing the reception of the Sion tunic by the Schoenstatt Fathers’ novices, who began their way of formation toward the priesthood of Christ, was an immense gift.—

On Saturday, July 6th, in Santa Maria de la Trinidad Church, at Tupãrenda, Ypacaraí, at Paraguay’s National Schoenstatt Shrine, the Mass that took place was very special and touching for those who had the privilege of meeting a young man from Chaco, Juan Cruz Colombo, who felt the call and gave his “yes” to God’s will. 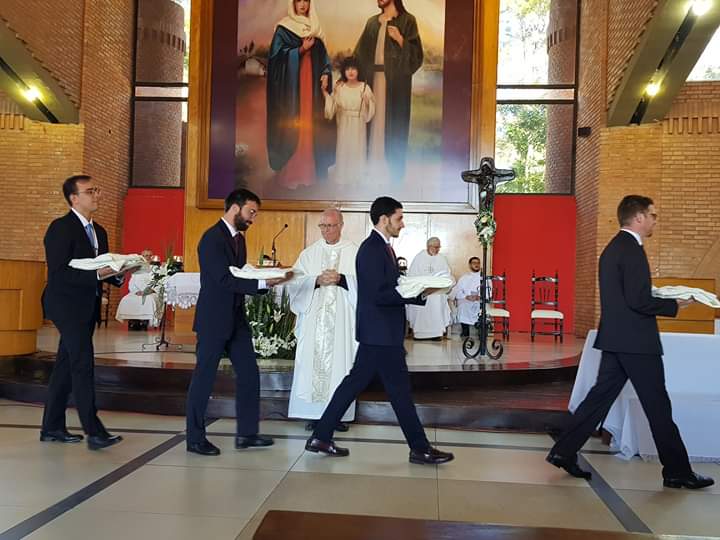 Accompanying “our” Juan Cruz as a family

“The family spirit does not ask: what’s in it for me? On the contrary, it only lives by thinking: what can I and should I give as a gift?”

That message of the Founder resounded strongly in those people who traveled from Resistencia (Chaco) to Tupãrenda to accompany Juan Cruz on this marvelous road he chose belonging to the great family of Schoenstatt Fathers.

Therefore we thought about what we could give our brother at such an important moment in his life, and it was then we decided to offer our efforts to accompany him as a family. 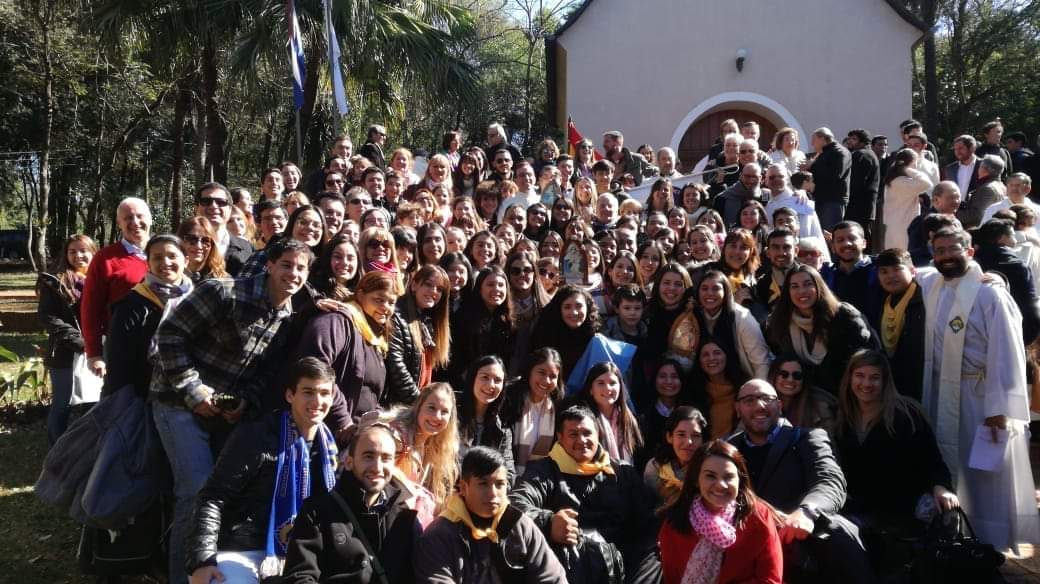 The largest family that went on pilgrimage to Tupãrenda

In the months prior to taking the tunic, the Father Kentenich’s Vocation Circle of Resistance and the Chaco Rosary Campaign organized the trip to Tupãrenda, thus solidifying the presence of many representatives from different Branches of the family. Another part of the family came in their private vehicles, which allowed us to be the largest family going on pilgrimage to the Shrine.

Not a minor detail is the stream of prayer and adoration that accompanied moments prior to the ceremony of receiving the tunic. The live transmission via Facebook from the local shrine was a great opportunity for those who could not be physically present, allowing them to follow this very important event from their homes. 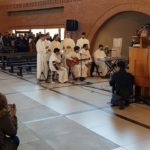 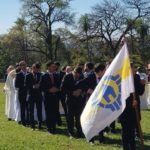 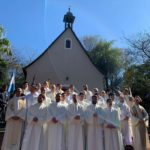 His history in Schoenstatt

From a very young age, Juan Cruz’s family inculcated in him a fervent love for the Mother Thrice Admirable of Schoenstatt. His first steps in the Movement were his participation in the pioneer group and later as part of the Boys’ Youth, where his faith and passion for Mary grew.

He actively participated in university and family missions, transmitting joy and passion to each missionary. In the middle of this road, he began his career in dentistry, where, in addition to being academically formed, he made great companions with whom he shared his passion for Mary. In addition, he collaborated and participated in the Boys’ Youth crusades, walks, encounters, and national and international leaders’ conferences, organized by the Schoenstatt Movement. 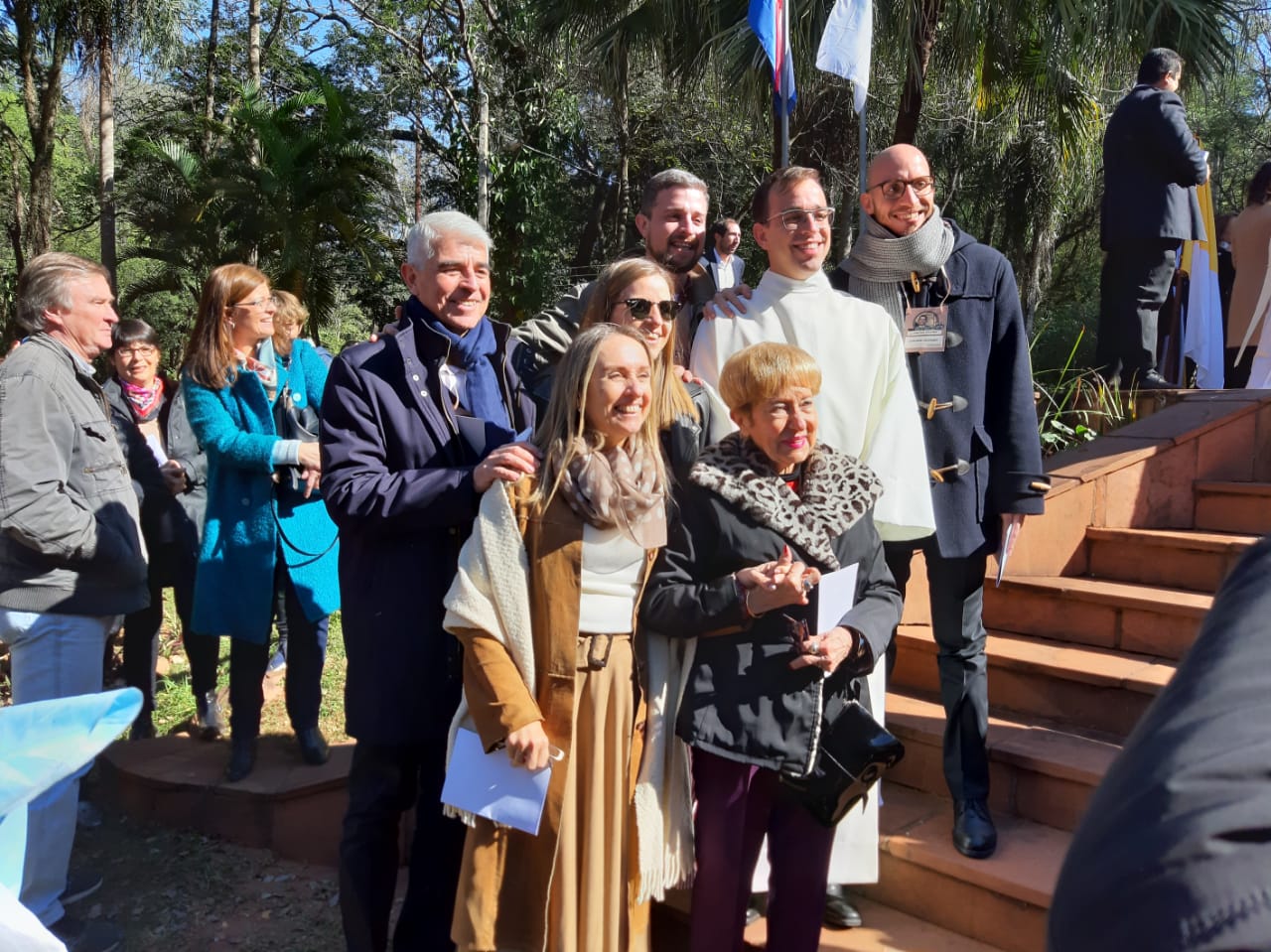 In an emotional religious ceremony, ten novices from Argentina, Chile, Spain, Paraguay, and Switzerland ratified Jesus’ call to place themselves at the service of others in the Schoenstatt Work and the Church, from the charism of our Father and Founder, Father Joseph Kentenich.

At the end of Holy Mass, the following expressions were heard among those present: “very emotional,” “goose-bumps from the time we arrived until we left,” “fidelity,” “accompaniment,” and “immense love.”

What better example of love and courage than the “yes” given by the novices! Therefore, God remains in us and God’s love has reached its fullness in us.

The souls of the Chaco family returned overflowing with the Holy Spirit and encouraged to continue giving a heroic “yes” when it comes to God’s heavenly will. 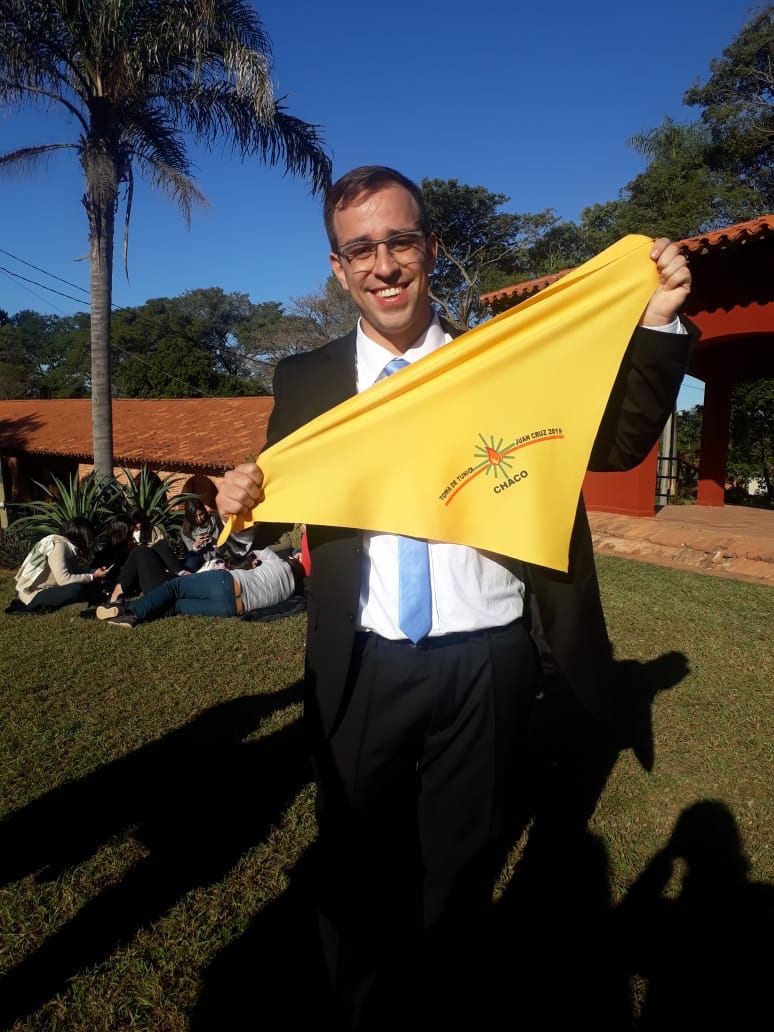