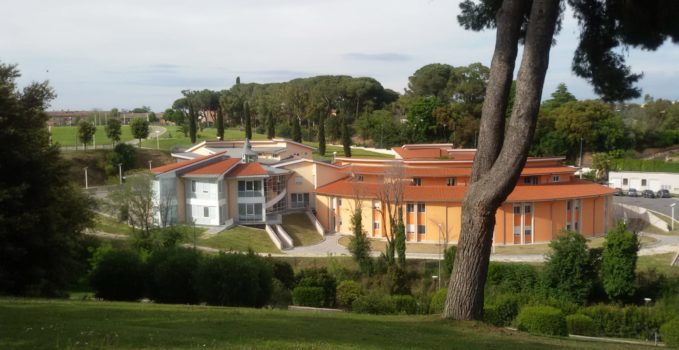 Every Saint is a Mission

Dr. Peter Wolf, Rector of the Schoenstatt Center Oberkirch, Germany, was with Father Schaefer and Sister M. Elena on a trip to Rome in Belmonte from May 13 to 18. It was the first group to visit Belmonte after receiving the long-awaited “Agibilitá”, the state building approval and the associated permission to live there. —

While last year we drove via Milan to Rome to get to know Saint Carlo Borromeo, this year we chose the route over the snow-covered Swiss Alps via Turin to Rome.

We wanted to visit the sites of Don Bosco in Turin. We celebrated Mass in the chapel of the original oratory, where he began his mission with the youth. To our surprise, we witnessed the consecration of the Virgin Mary to young people who prayed their consecration prayer at the altar with their youth chaplain and received their medals.

Father Schaefer gave the group many pictures from the life of the famous saint in the area of the impressive churches and buildings. Many were amazed by the magnificent St. Mary’s church “Mary Help of Christians “.

We went along the Alps towards Milan via Florence the next morning through the springtime Apennines to Rome, where we arrived in the evening and were warmly welcomed by Rector Marcelo Cervi. We were the first group to be allowed to live on Belmonte after receiving the long-awaited “Agibilitá” (state confirmation of habitability). After the Eucharistic celebration in the “MATRI ECCLESIAE Shrine” we sat for a long time with a good Italian dinner.

We started early the next morning for an audience on St. Peter’s Square, where we had good tickets and a beautiful view of Pope Francis. Towards the end of the audience it began to drizzle and rain more and more. But the group withstood the rain. 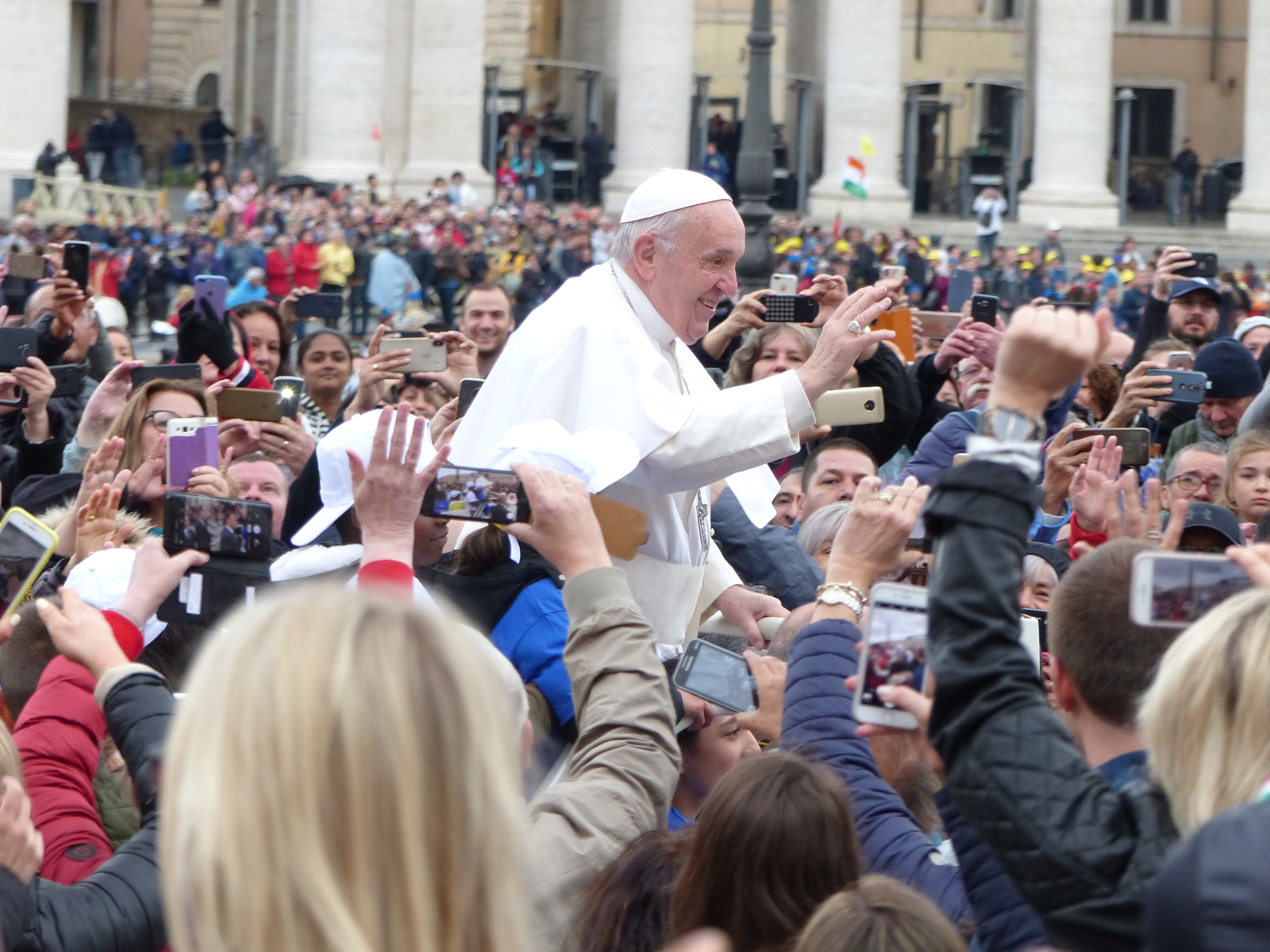 After lunch we looked for the “Chiesa Nova” where we wanted to encounter St. Philip Neri. Near his grave, Dr. Wolf introduced us to the interesting saint and his mission, who was very popular in Rome. Then we went, in the pouring rain and in a completely overcrowded Roman bus, to visit the Sisters of Mother Teresa. We had the opportunity to visit her little cell and to meet one of her sisters who taught us how sisters from the spirituality of their founder live and work today. In the evening we had the joy of Bishop Michael Gerber visiting us and celebrating the Eucharist. He gave a very stimulating sermon on the Acts of the Apostles.

The next morning took us to Tre Fontane, the site of the martyrdom of the Apostle Paul and to the great Basilica “St. Paul Outside the Walls”. Many were very impressed by the enormous dimensions of the Basilica and the excavations in the middle of the church. In the afternoon, we made our way to St. Peter’s Church, where Father Schaefer and Dr. Wolf led the pilgrims in groups to particularly precious places within St. Peter’s. 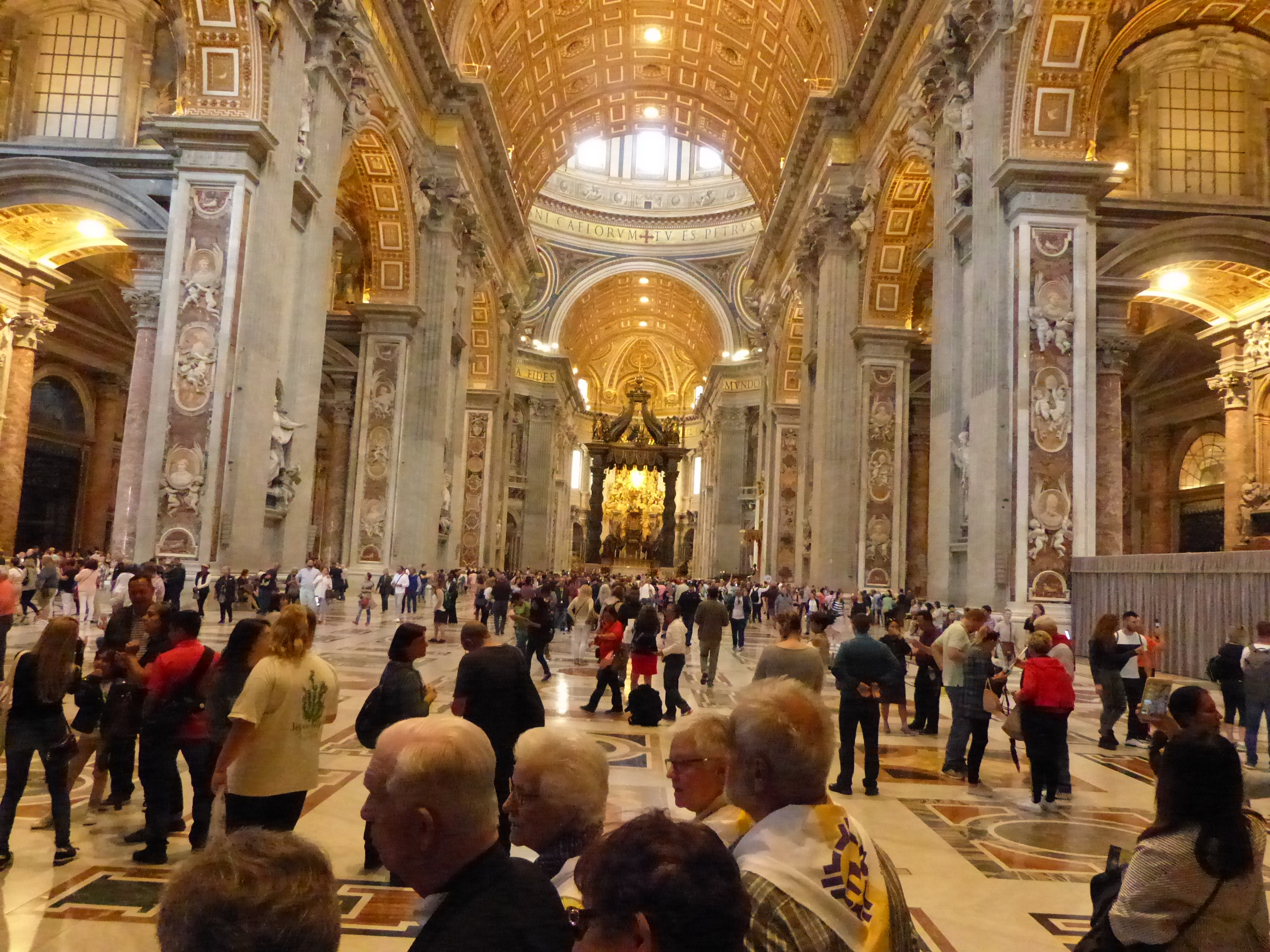 Friday we had planned as a day on Belmonte. Father Schaefer invited us to a Father Kentenich way with several stations on the extensive grounds. It became clear how important Father Kentenich was to Belmonte and what his vision was for this place. The journey began at the statue of the Father and led to a place where the Founder stood with representatives of the Schoenstatt communities, to the Shrine and to the wayside shrine at the lower end of the site. The final event was the house of DOMUS PATER KENTENICH with the beautiful colored window of the women of Bethany Schoenstatt. The day in Belmonte was also used for two visits to our neighbors: in the crypt of Santa Gemma and in the house chapel of the seminary of the Brotherhood Carlo Borromeo.

In the afternoon we took time for a talk on the motto of our trip to Rome: “Every saint is a mission”. Dr. Wolf pointed out how important Father Kentenich’s idea of mission was and how he led many people to ask about their personal mission and to orient their lives towards it. At the same time, he was able to show that Pope Francis also puts his faith in this thought.

For the concluding Mass, we met Father Eduardo Aguirre, the postulator of the beatification process of Father Kentenich, and celebrated the Eucharist with representatives of the Italian Schoenstatt Family. After dinner, we reviewed the days we spent together with Sr. M. Elena, whereby many people expressed their gratitude for the journey. Also, the there was a clear wish to make another trip to Rome next year. 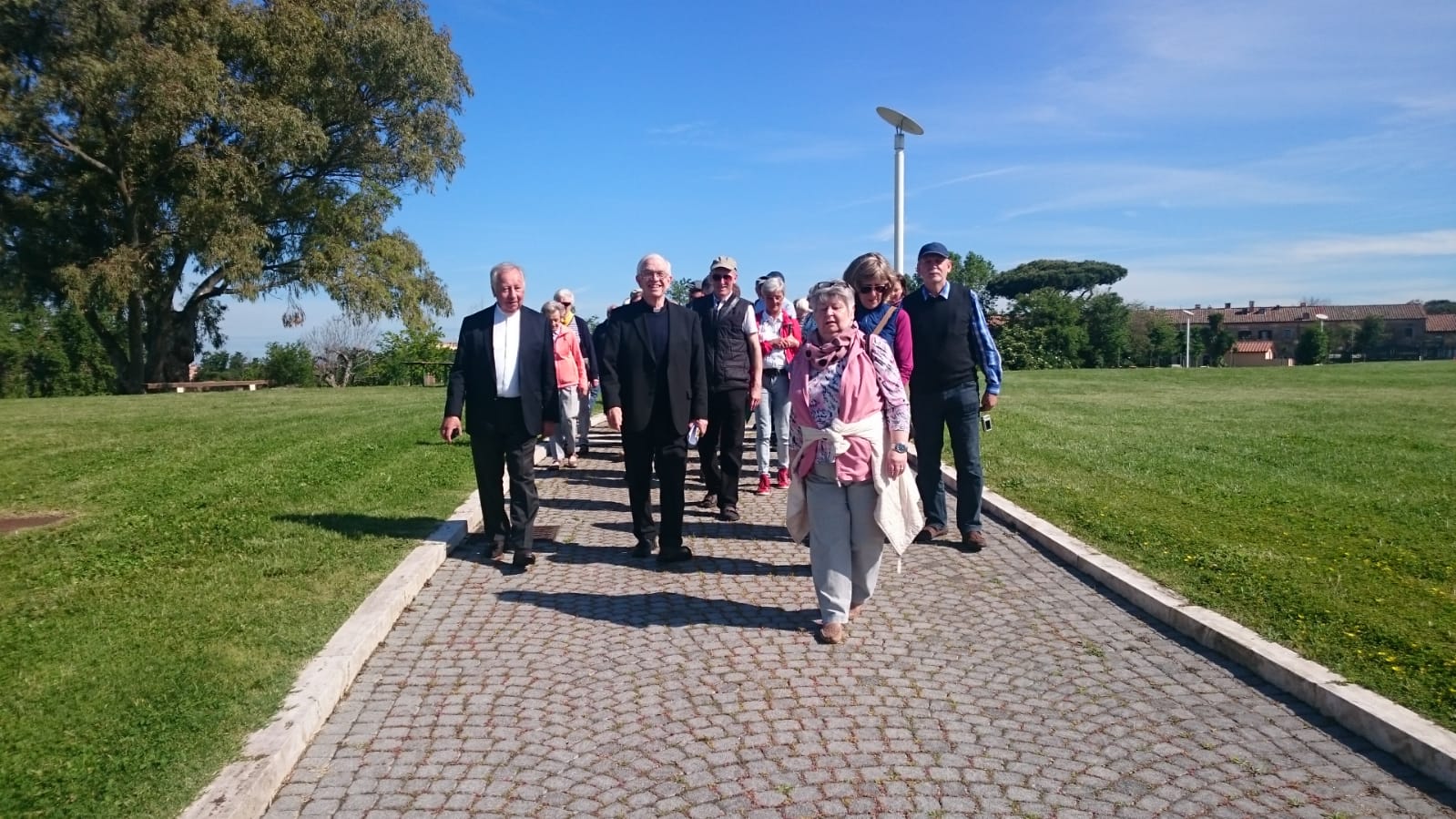 On the Father’s Way in Belmonte. Photo: Hildegard Fuchs