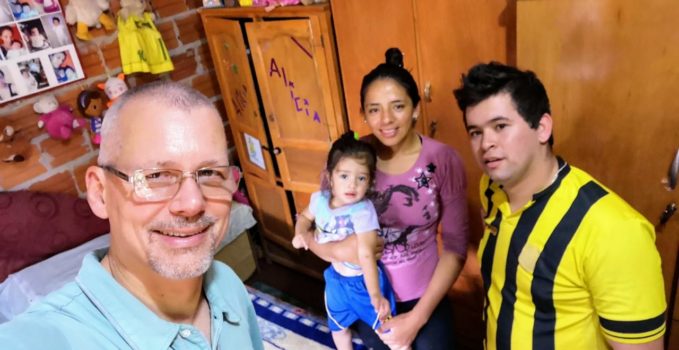 Posted On 2019-06-05 In Mother of Tuparenda House, Schoenstatt - Reaching out, works of mercy

He took the picture of the Blessed Mother to his house…

“Take the image of the Blessed Mother and give her a place of honor in your homes. Thus your homes will become small shrines, in which that image of grace will pour out its graces, generate a holy family land, and form holy family members.” In 1947 in Santa Maria, Brazil, when Father Kentenich wrote this statement, a statement that has been emblematic for Home Shrines as well as for the Pilgrim MTA’s visit in homes, he couldn’t have imagined that one day it would become a reality at the end of May 2019 in a newly built house on the outskirts of San Lorenzo, Paraguay.—

This newly built house is the home of Leonardo Sebastian, a young man who graduated from Mother of Tupãrenda House and wanted to bring her to her new home, where he left behind drugs, robbery, prison, and the loneliness of a marginalized young man, who fell into delinquency due to hunger, desperation, and a lack of opportunities.

One day at the end of May 2019, Leonardo Sebastian called Father Pedro Kühlcke, “very proud, to show me his just finished, new house.” It is a simple house built on his father-in-law’s land, where he now lives with his wife and a daughter born last October. 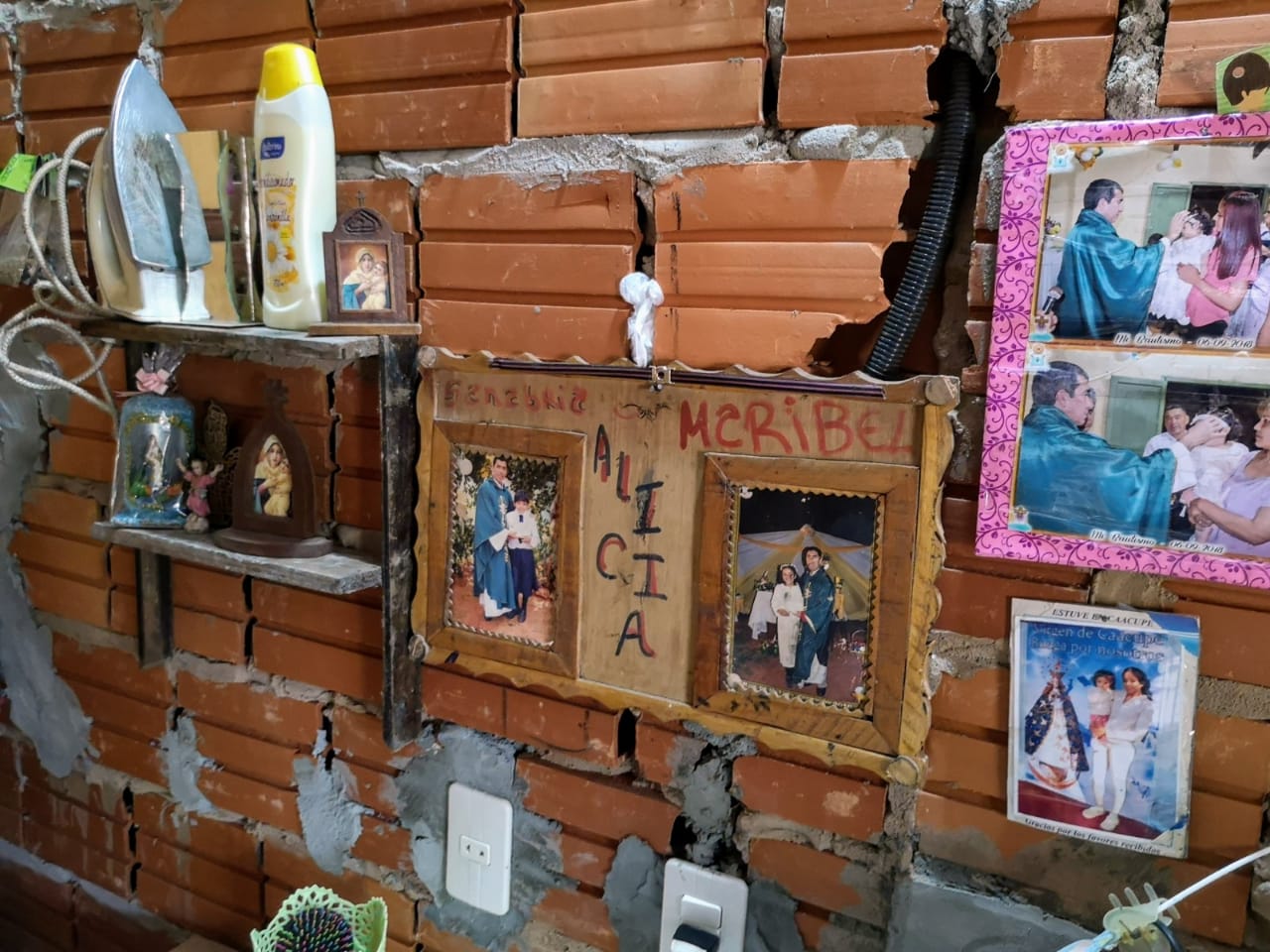 Father, I already have it!

“When he invited me to see the house that had just been finished the previous Saturday, I brought along a small picture of the Blessed Mother, and when I gave it to him, he responded proudly: “But Father, I already have it!” The Blessed Mother was on a shelf on one of the walls of his house, and he immediately placed the other next to it. He had taken a picture of the Blessed Mother, the same Blessed Mother, which he visited so many times in the Shrine, where every Tuesday the youth celebrate Holy Mass. The Mother of Tupãrenda was with one of her favorite children in his humble little house: “In this way their homes will become small shrines in which the image of graces will pour out its graces, generate a holy family land and form holy members of the family,” said the Founder of Schoenstatt. She does it, because there is a sincere and strong “nothing without us” in the life of this young family father, who left behind drugs and robbery to build his new life. 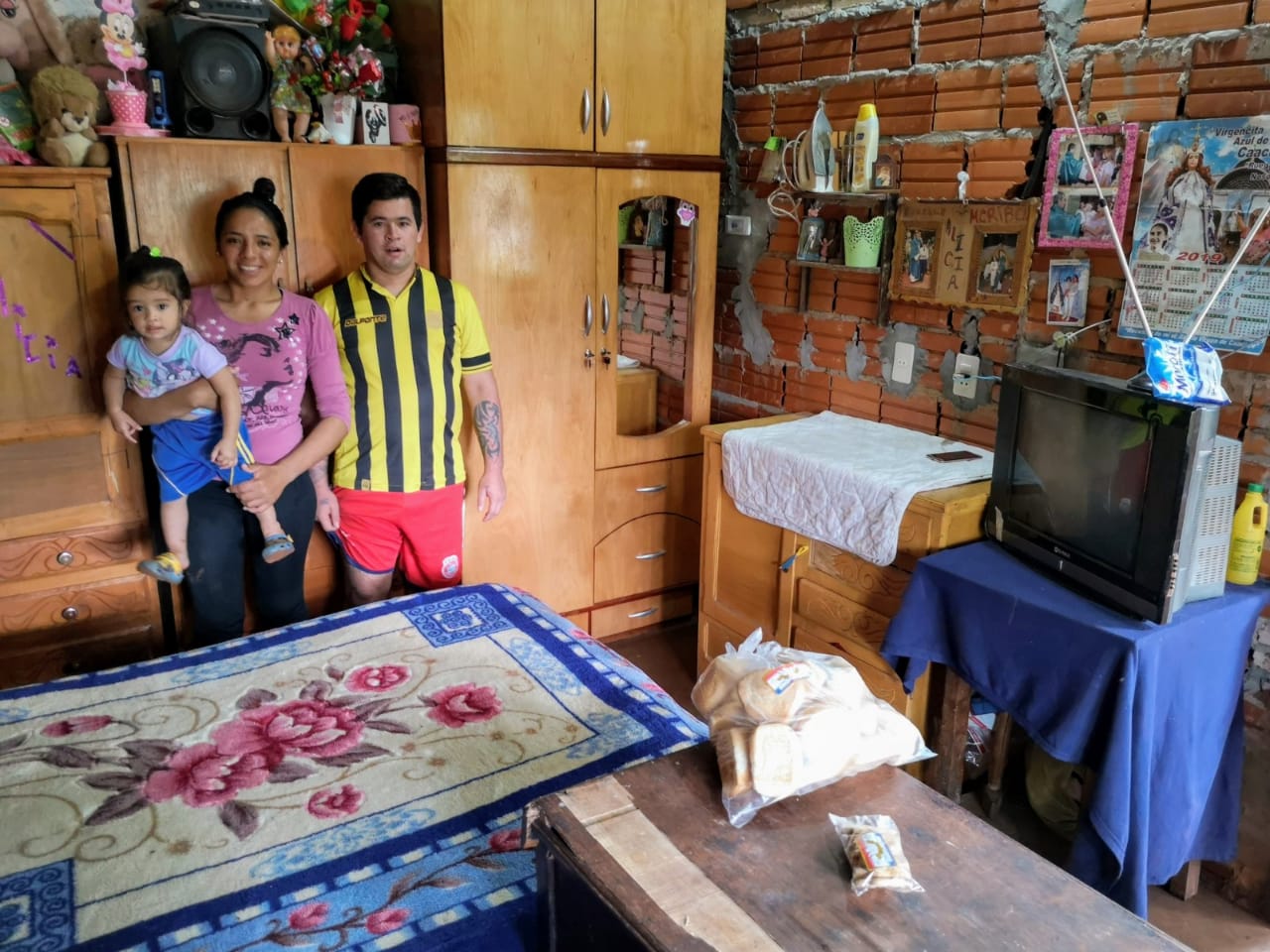 An interview with a fighter

Father Pedro took advantage of the moment to interview Leonardo Sebastián for schoenstatt.org readers, so that they, and especially for those, who have responded generously and in solidarity to the call for donations, may know the very positive results that some take from the Mother of Tupãrenda house.

Fr. Pedro: Where do you work, Leonardo Sebastian?

Leonardo Sebastián: Since last December, I work in San Lorenzo, with a fixed salary. I started elsewhere with a minimum wage. Now I earn more.

LS: Now I work at night. There are ten of us working there. First we bring lots of bags of flour, and next we prepare the baked goods, to have everything ready when the customers arrive. From the start, my boss told me that I am a good and responsible worker. The truth is that everything I learned at Casa Madre de Tupãrenda (CMT) (Mother of Tupãrenda House) helped me a lot, because I already knew how to make dough and everything else.

FP: Why did you decide to change?

LS:  In truth, to increase the income, to be able to give a good life to my daughter and my wife, to build us a house.

Before, I was in another bakery, for six months, but I was alone in customer service, not in the bakery itself, and I wanted to do what I liked so much at Mother of Tupãrenda…

FP: You wanted to do what with so much effort and desire you learned in CMT…

LS: Yes, Father, and since I left CMT I have never used drugs or cigarettes.

FP: What do you value most about Casa Madre?

LS: The help that they gave me, and the trade that I learned; and they helped me to quit drugs.

With what I learned at Mother of Tupãrenda House, I was able to build our own house, all made with my own money, not easy money.

For Mother’s Day, I gave my wife a closet. We already have a washing machine, and the refrigerator will be here in a few weeks. Everything with money earned with my work…

FP: What would you like to say to the boys who are at Mother of Tupãrenda House now?

LS: That they value the opportunity they are given, that they learn their trade well to get a good job, and fight for change.

It is worth fighting for this change. My family is still surprised by my change. It is a very different life; my life is much better now.

To Mrs. Ani and the people of Fundaprova, I say thank you for always being by my side when I was there, and because you trusted me.

It’s worth it, and it’s worth the most generous donations.

In August 2017, he graduated from the Mother of Tupãrenda House. Now, almost two years later, and with the Mother Thrice Admirable of Schoenstatt in his home, he lives a dignified life, a different life, and a life with a beautiful family.

It is the dream of all the adolescents who are in juvenile prison, and in the Mother of Tupãrenda House: “I want to be for my children the father I never had, to have a beautiful house for my family… a dream come true!”

It is worth it, and it is worth a most generous donation to help the Mother of Tupãrenda House, that is, to young men like Leonardo Sebastian. 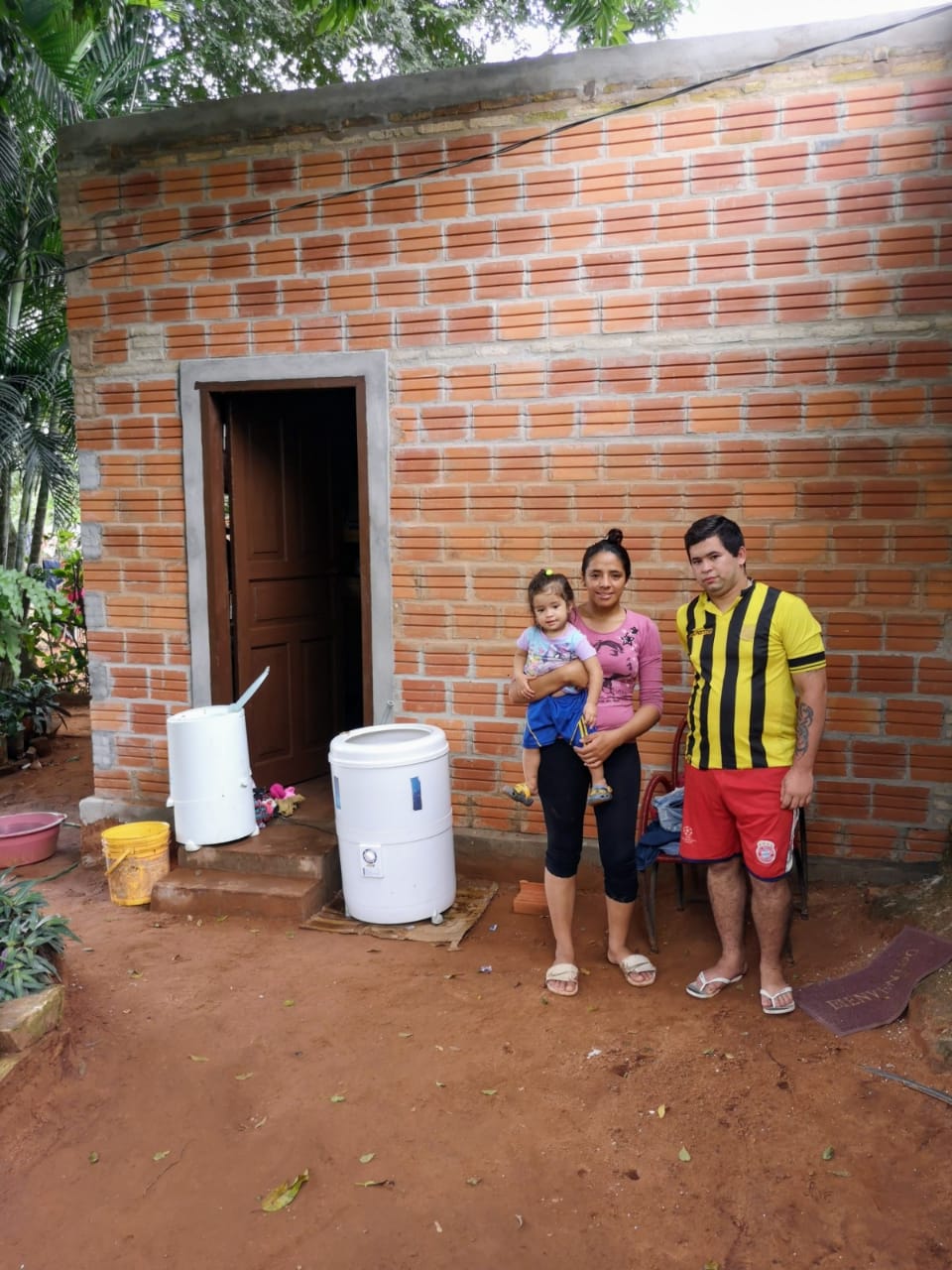