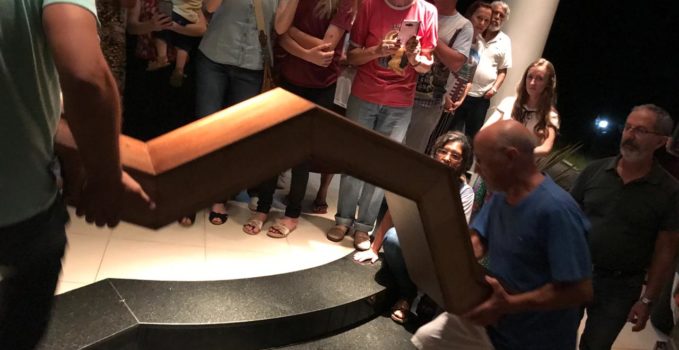 The Altar for the Future Shrine of Santa Catarina has Arrived

Hoping, dreaming, waiting, trembling and more waiting: The time before you can start building a new shrine is long and challenging. Everyone who has recently dedicated a shrine knows this – the Schoenstatt Families in Costa Rica and Caieiras, Brazil – as well as those who are waiting, for example in San Luis, Corrientes and Resistencia in Argentina, Encarnación in Paraguay, or right now in the state of Santa Catarina in Brazil. We have had a plot for the first shrine in this state for some years already.—

On 25 February we took a big step in the right direction: The altar for the future shrine arrived from Itaara, Santa Maria! The arrival had been delayed by a few weeks on account of the sudden death of Manfred M. Worlitschek. So this is also the last altar he has personally completed – or one of the three last finished last year in his workshop.

In the evening we discovered an invitation on our mobile phone to welcome the shrine’s altar, followed by a shared meal. We called the Sisters and asked if the altar had already arrived. It had not. Many were awaiting its arrival in the Sisters’ house. So, despite the rain, we set off immediately and joined the others who were waiting. People chatted, prayed and sang. 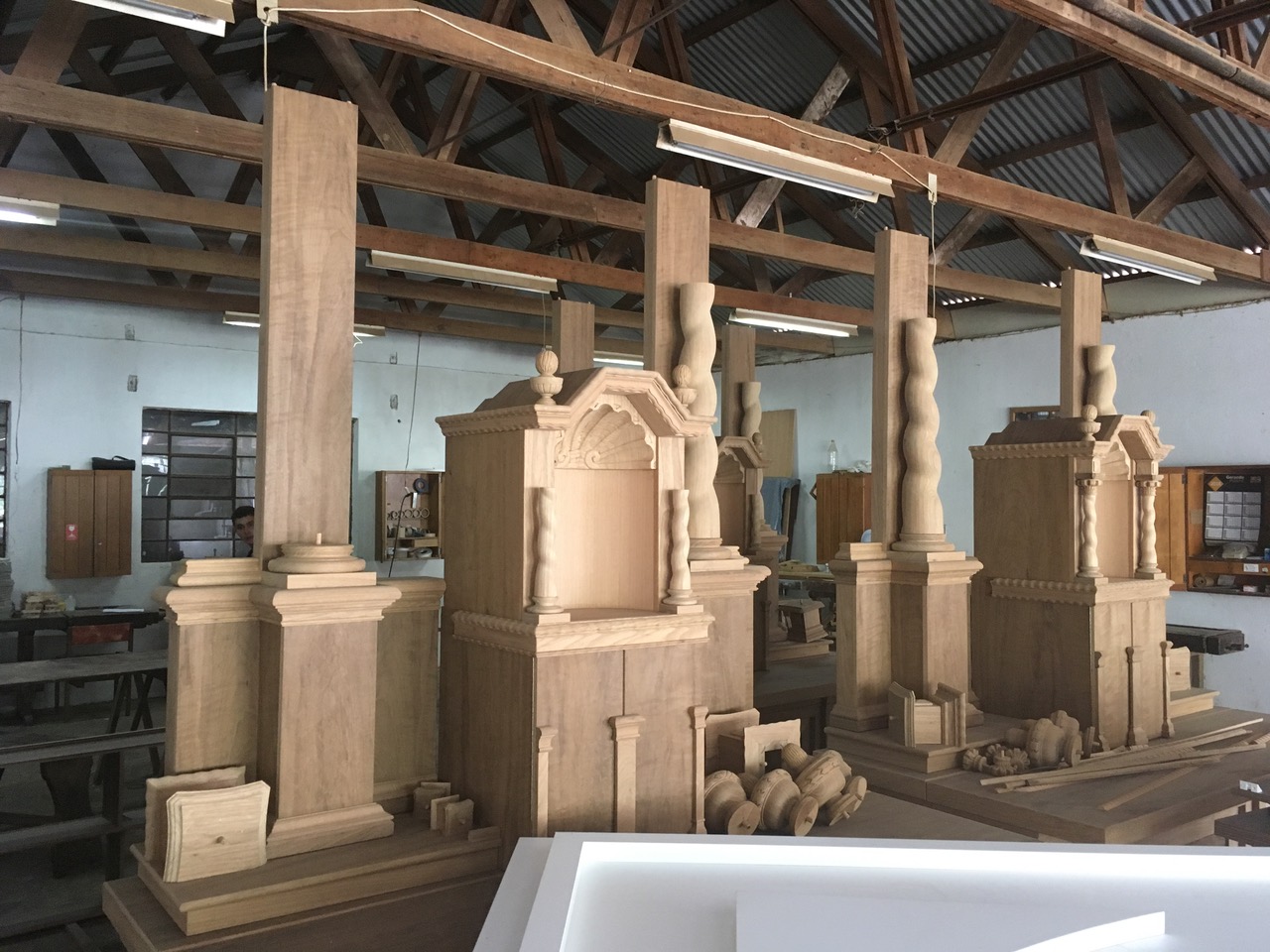 Interestingly enough Schoenstatt started in Florianópolis as a result of a novena for the beatification of Fr Kentenich. A university professor got hold of a copy and immediately invited others to attend a congress for friends of Fr Kentenich in Santa Maria. Some of those present talked about it enthusiastically. So Fr Kentenich himself took the initiative for this shrine!

There is already a first design for the project of building the shrine and Pilgrims’ Centre, but it needs more work because the water sources of the large and steeply sloping site are creating problems. Many have long been praying for the building of the shrine and most of those who were present that evening knew the prayer by heart. 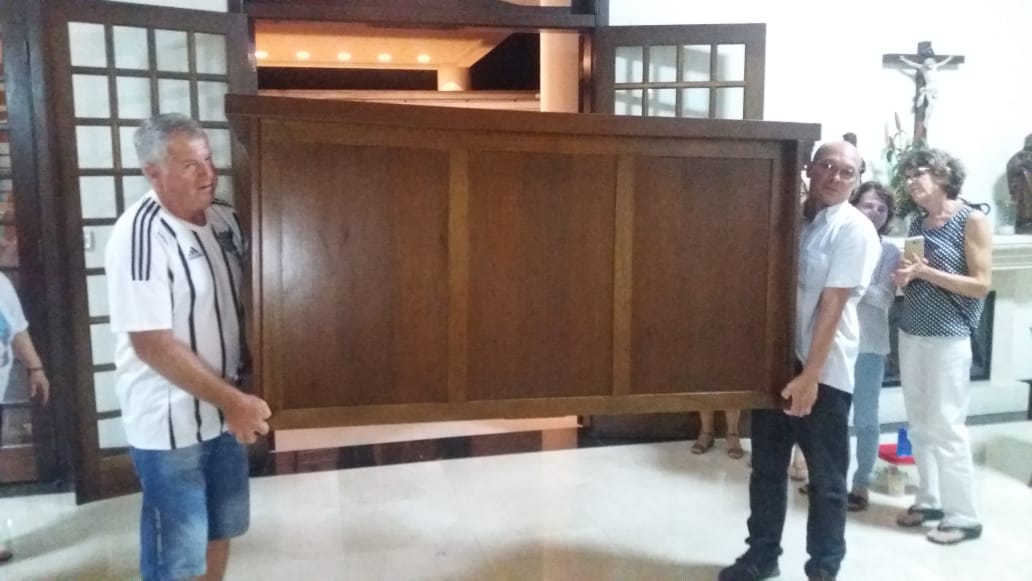 Not without a photo on the mobile phone

When the delivery truck and its accompanying car arrived there was a tremendous cheer. However, the clapping soon stopped. Most pulled out their phones, and even asked the men who were carrying the individual parts into the house to stop and remove the protective covering so that a photo could be taken. A new experience! Selfies and mobile photos are the new means to show: I was there, this was real! I was almost the only one to join the children in clapping as further parts were taken out of the truck. Now the parts of the altar will be assembled and the inside of the shrine will be complete. All that is lacking are the walls! The longing grows.