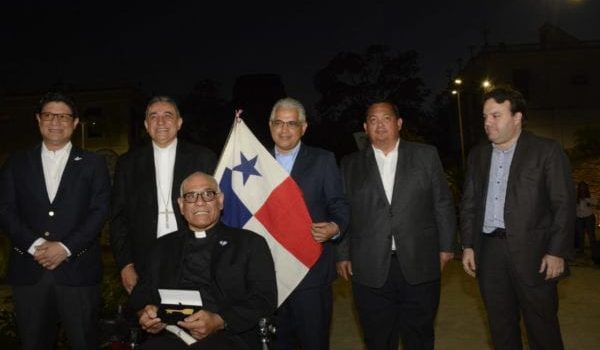 Father Rómulo Aguilar, pastor of San Francisco de la Caleta in Panama City, a parish with its wayside shrine that was “home” for Schoenstatt Youths during World Youth Day, received the keys to the city from Panama’s mayor for his work as a WYD organizer. Visibly moved, Father Romulo, the first Schoenstatt Diocesan Priest in Panama, received the distinction.— 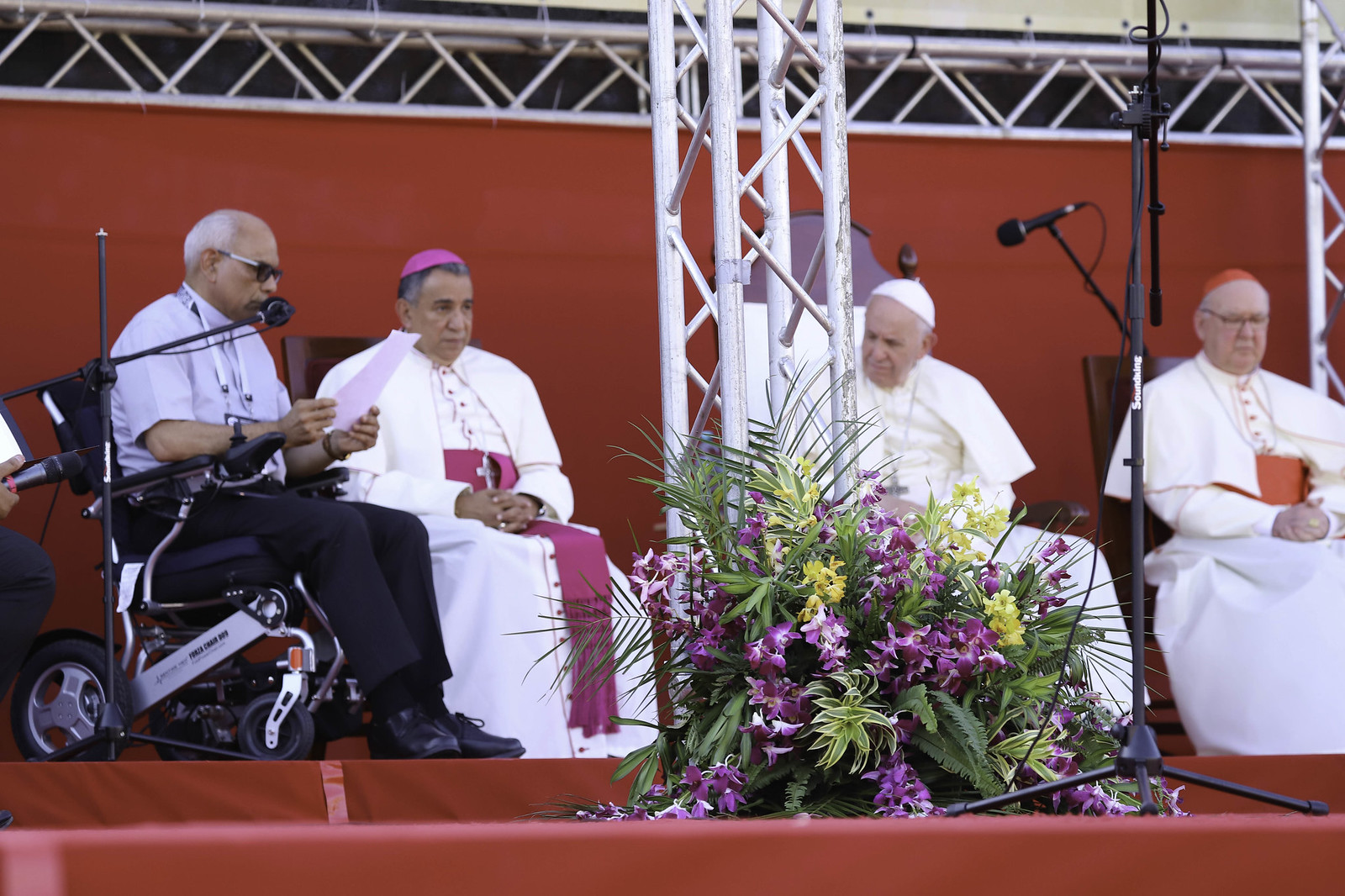 Photo: Words of thanks to Pope Francis at the meeting of volunteers 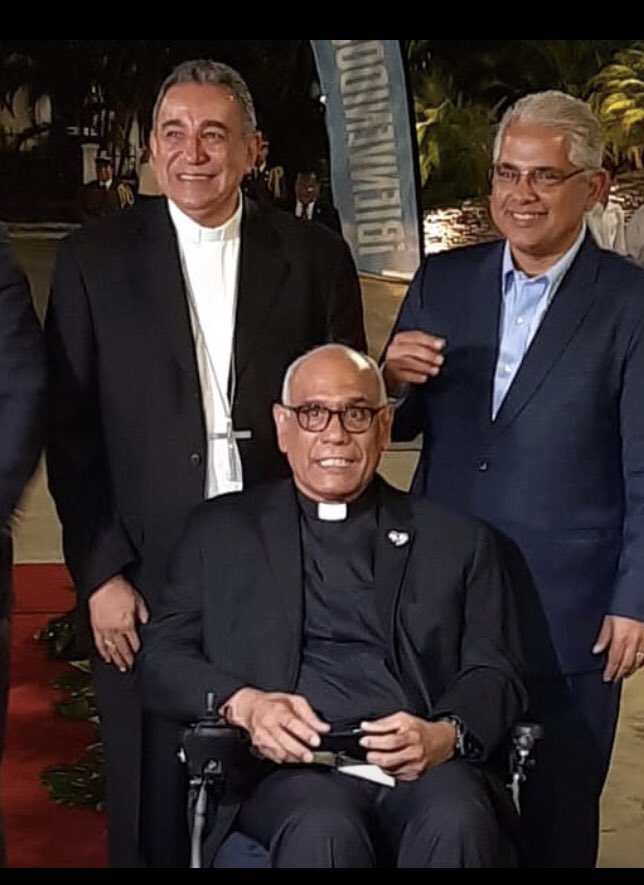 Fr. Rómulo D. Aguilar received the “Key to the City” award from Mayor José Blandón Figueroa in recognition for his valuable and outstanding work as pastor and spiritual leader of the Panamanian Church, and his invaluable contribution to the success of World Youth Day (WYD) 2019 in Panama. “I did not expect it; this has been a tremendous surprise for me, and I am not worthy, but well, if the Lord wanted it so, so be it… The desire was for Panama to be remembered as it is, at the top, with a name not only in the Vatican, but allover the world,” said Father Aguilar, who had the honor of thanking Pope Francisco in a meeting with the volunteers, the final act of WYD 2019.

He was also declared “Guest of Honor” at the Panama District, for being a Panamanian dedicated to community service, liturgy in the Panamanian Church, and for being conferred the highest honor of being named World Youth Day 2019’s National Coordinator, a fact that “positioned us as the spiritual capital of the world’s youth,” as they commented at the event.

“Romulo D. Aguilar was the coordinator of this great event, where he knew how to lead a gigantic human team of efforts and actions with determination, humility, and fraternity. These were determining factors for the success of an activity that put our country on the map as a human, fraternal, supportive, and communal place, where without distinction, just because we are Panamanians, we united to achieve unforeseen goals that make the name of Panama great.

Father Aguilar always showed a special interest in the liturgical aspects of celebrations in the Archdiocesan church, so he prepared intensively over the years to provide an unparalleled service of support and advice to the celebrations of religious life. He is currently the director of the Liturgy Department of the Archdiocese of Panama, and was appointed in 1993.” 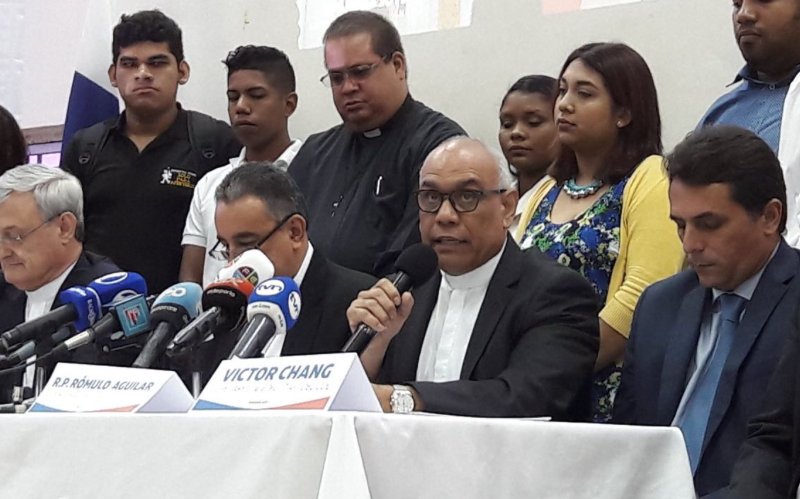 In an interview, Fr. Romulo commented: “Certainly, WYD has changed our lives. The best thing is the purpose was what that we saw: an encounter with the Pope and the world’s young people. We started with meetings, preparation, hiring of specialized people— many of them, volunteers— locations, offices… It has been something that we did almost without realizing it. We thought it was a dream until— at last World Youth Day began— With Pope Francis, a door has been opened for the youths. He did give youths real prominence. They now have a say in the Church. They are a relevant part of the pastoral care of the Church. Most likely, they give more to the Church than the Church to young people. We certainly need them without ruling out the older folks.”