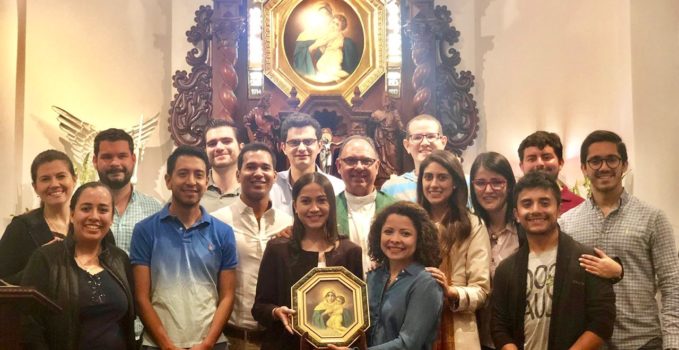 Developing as professionals and children of God

On Tuesday, March 5th, a special Mass was celebrated in the Costa Rica shrine. Students from INCAE (Instituto Centroamericano de Administración de Empresas) in Alajuela came and are about to graduate. All they need to do is do a consulting job. There were students from several countries: Costa Rica, Guatemala, Peru, Brazil… —

Alejandro Robles Field, graduated with honors from INCAE’s Master of Business Administration, in his time as a student founded a rosary prayer group there. More than thirty attendees, mostly from Latin American countries, some married and others single that lived on campus for two years prayed the Rosary on Wednesdays of each week with the MTA’s image. Now on the eve of Lent, several students gathered at the “Family of Hope” Shrine.

How did it happen?

The activity was organized by chance. After a long week, my friend, Juan, asked me to visit the Blessed Mother with him. We arrived just in time for Mass, and then we stayed for Juan to take pictures of the shrine. Father José Luis came to welcome us, and after a few seconds, he recognized me. I was the girl he met years ago, and according to him, was still interned in Incatraz, INCAE’s communication channel. We told him that we were only a few weeks away from leaving campus for the last phase of our Master’s, and it was then he offered us a sending forth Mass for the whole group. The previous weeks at the Mass had been very chaotic, between classes, talks, workshops, and interviews. I was afraid I would not be able to prepare the Mass well, but when things are God’s, he is in charge of making space and giving strength.

Everything was organized very easily and finally, on Tuesday the 5th, we, thirteen students from all programs, attended the celebration at the shrine. 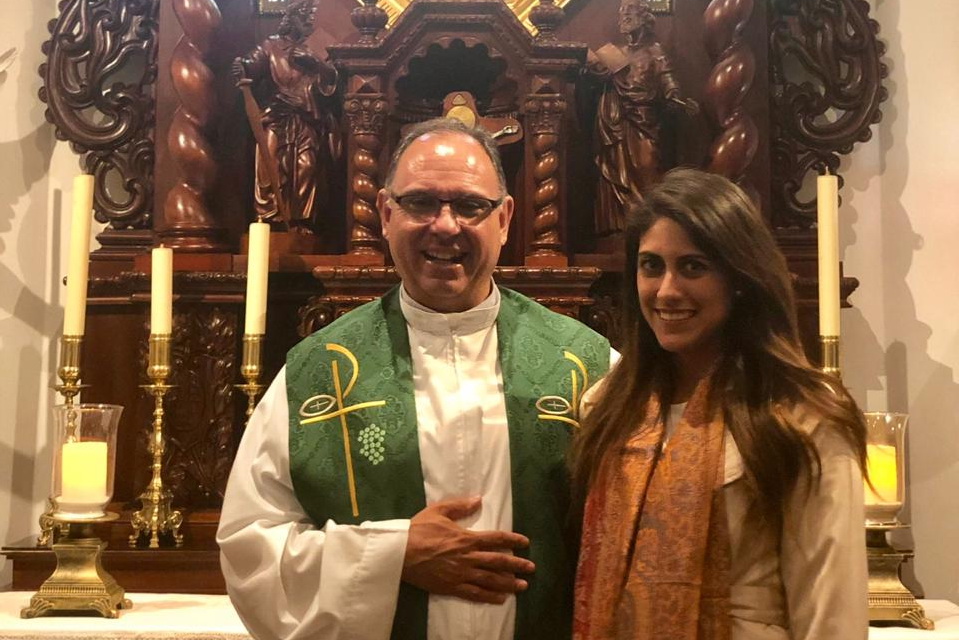 Studying for an MBA is not easy, but as Catholics, we must never forget our purpose. In the group of about forty students that pray the rosary, we try not only to develop as professionals, but as children of God that want to do good in whatever institution we find ourselves. I would like to give special thanks to Father José Luis for having sent us off in the best possible way for this last challenge of the MBA.