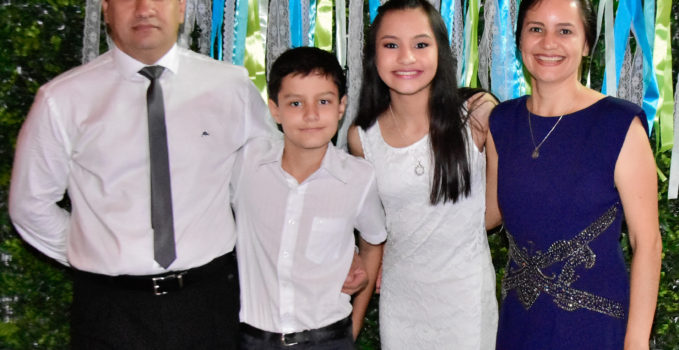 Our road towards the Shrine

We are Olga and Héctor, we met at university, where we friends; after nine years of courtship, we married almost 18 years ago. Anahí (16) and Gaspar (14) were the fruit of our marriage and a gift from God. —

We were both from Catholic families, but we were not practicing Catholics. We went to Mass on Palm Sunday, and we went on pilgrimage to Caacupé every December 7th (rain or shine). Sometimes we attended Sunday Mass that was the extent of our practice. Also sometimes during the year, no more than twice, we visited the Tupãrenda Shrine, where undoubtedly, we smelled and breathed a peace, that unknowingly, we now realize was a subtle echo of a call.

When it was time to choose a school for Anahí, we looked for a Catholic one that would help us in her training, by unconsciously delegating her religious education. In the year Anahí was preparing for her First Communion, as part of her preparation, and because she felt this way, she asked that we attend Mass on Sundays.

Seeking a church with a small community

The closest church in our neighborhood was San Lorenzo Cathedral, and for some reason we did not feel comfortable, perhaps because of the large community that attended Mass and celebrations. We looked for a church with a smaller community, but we always felt that something was missing. We began to pray as a family, we did it in the car or upon leaving home towards school, but it was not enough. We had to find a place where we felt welcomed. We liked going to Tupãrenda very much, but it was far away to go often, so we began to pray as a family to find a place to go, and to find that call that would make us feel that we were, are, and will be chosen by Him.

A niece told us that she had learned about the Youth Shrine in Asunción and we decided to go on a Friday in January. Fr. José Pontes celebrated the first Mass we attended, and it really seemed to be made for us. For the first time perhaps, and as a family, we felt our Blessed Mother’s call, and of course, she cannot be ignored, it is impossible!

We went to Mass every Friday

We decided that our day to go to Mass as a family would be on Fridays. So without knowing it, we began our road toward the Covenant of Love, the summer of 2013, on the first Friday of the year.

When Lent arrived, since we went to the shrine on Fridays, we participated in the Stations of the Cross. With great emotion and as a family, we experienced a different Lent. Upon arriving at Holy Week, we decided to go to Mass the entire week, we really felt welcomed at the Shrine, we felt at home, and a little nearer to the cross with Him, with his Son.

Finally, the Covenant of Love

Little by little, we began to get to know the priests, the people who assist in the shrine during the Masses (the sacristans, coordinators, and Eucharistic Ministers). Everyone made us feel as if we had always been in the Movement. Before completing a year of attending Mass every Friday, several people invited us to join the Movement, and finally three years ago, Fr. Martín Gómez invited us (with gentle persuasion) again. We began in the Family Branch, and last year, we sealed our Covenant of Love with the Blessed Mother in the Sempiterno Group.

This is how we met wonderful brothers/sisters, and some heartfelt group leaders: Nila and Tito who guided us from the first step. We have spent moments and instances of joy and sorrow with them, but always trying to serve our Blessed Mother and her Son a little better everyday, like our Father and Founder, Joseph Kentenich.

Our Covenant story has been a simple road, traveled and lived day-by-day in those small details and seeking what as an ally she gives us. Many events and moments have passed, and it would have been a very difficult road to travel alone.  However in the difficult moments, she sheltered us, he sustained us. And in the happy moments she smiled at us, he took care of us.

For our family, Schoenstatt is the road to Jesus, it is a road that we travel everyday, a road illumined by our two Allies, who since that first Friday of January, we feel more and more intensely in our hearts, our Mother Thrice Admirable of Schoenstatt and our Father and Founder Joseph Kentenich. 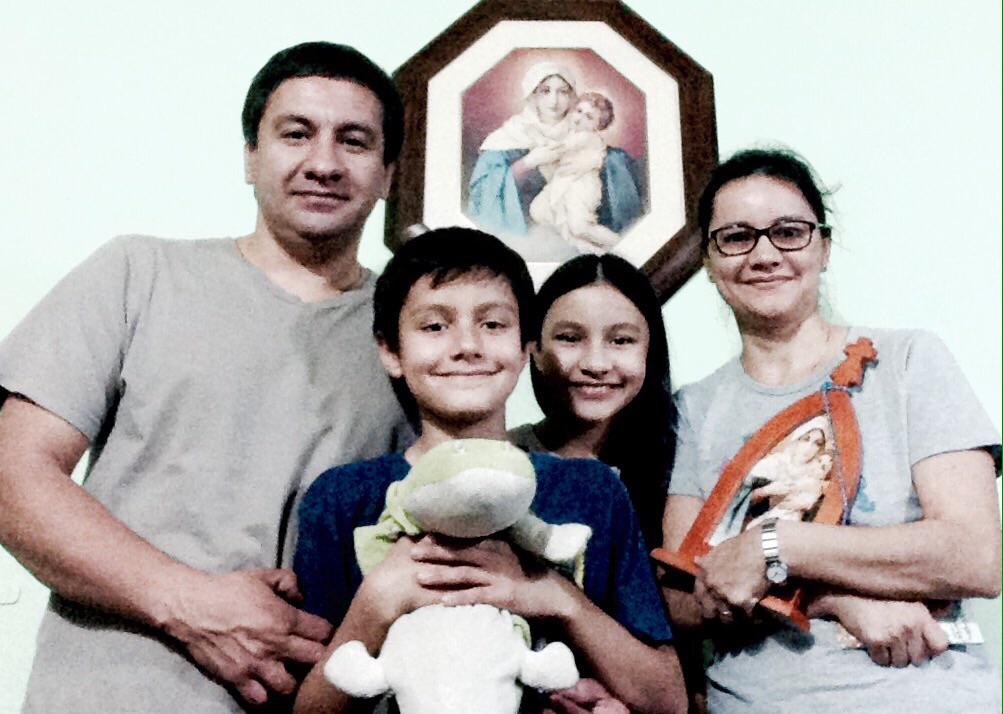