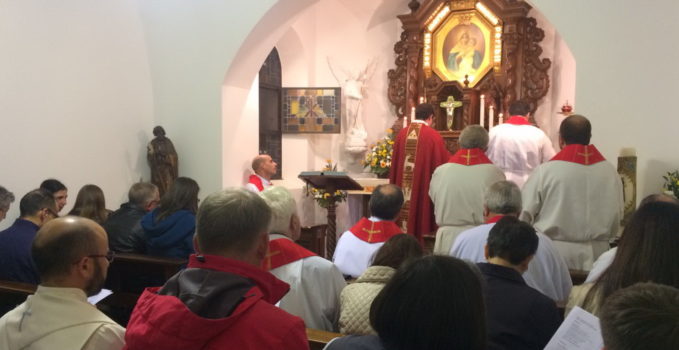 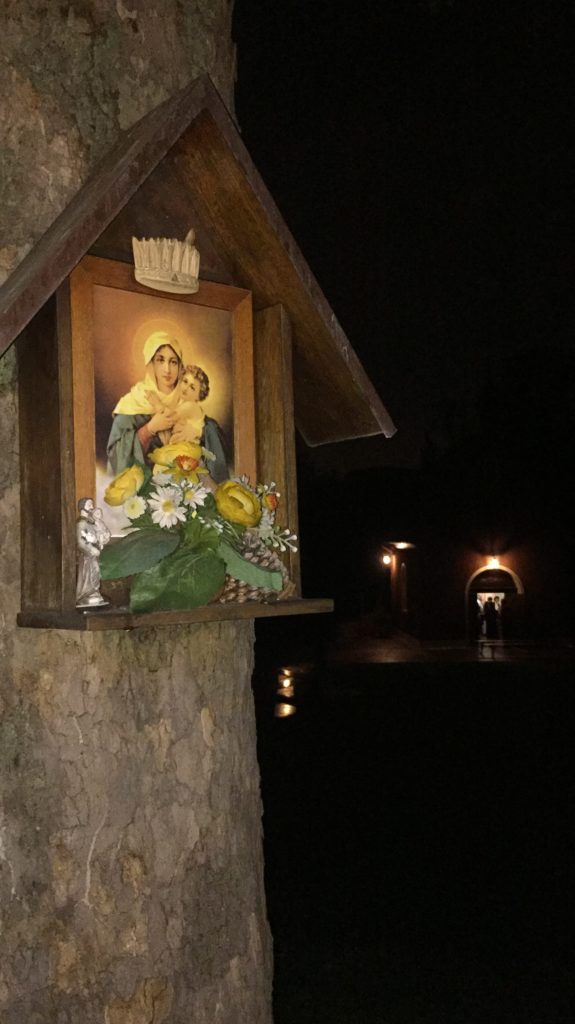 Yesterday, at 18:10, in the heart of Rome, we commemorated the history of our Covenant with Mary that began just over a century ago in the nearly forgotten, cold Vallendar valley in a small chapel that we now call the Original Shrine. Right here, where the Schoenstatt family saw its beginnings, the Group began the festivities with a large vigil in anticipation of the 18th. It was twenty-four hours of prayer that saw all daughter shrines in the world spiritually united.

A meeting of souls with very different geographical origins

The Roman Schoenstatt family is by nature and vocation international. At the celebration held in the Cor Ecclesiae Shrine Fr. Angel Strada, passing through Rome on account of the cause of beatification of Father Kentenich, a German family on the road, and two girls representing respectively the Ecuadorian and French female youths were present. About internationality, the priests’ team was not to be outdone: Father Alfredo Pereira celebrated the Mass with Father Rolando Cuba, that is at the shrine with his confreres of the Pontifical Spanish College and Fr. Javier Arteaga, provincial of the Fathers who live in Rome accompanying him. Not to mention the musical accompaniment “Made in Paraguay” for which we thank the missionaries working on the project, Mission Rome. So a meeting of souls with very different geographical origins but with one common denominator … the Mother Thrice Admirable!

18 October does not arise only as a moment of reflection on our past but mostly about our future. The famous phrase “Who we are, where we come from, where we go” effectively sums up yesterday in that it looked like the encapsulation of what has been done, for better or for worse, until now, and to plan the next steps in the movement from the perspective of the growth in Rome. An important spiritual momentum that can only come from intimate and personal relationship with Mary must necessarily accompany this growth. A selective rapport but not exclusive because as we covenant partners know, it’s always she who chooses you and calls you. The call of Mary, be it at the beginning or further along of our walking in the Covenant with her, should not make what we did or make us afraid to show the way we are. Offering ourselves for the way we are, with our strengths and weaknesses, honestly and humbly, that is an excellent starting point. Let our hearts be set ablaze with a love that can do everything and fears nothing­– with a mother’s love, royal and always winning.

At the conclusion of the Mass and the following bonfire with the capital of grace pledges, we gathered for a small convivial moment where young people, families, Sisters and the Schoenstatt Fathers blew out the 102 birthday candles with the hope of being able to blow out many more yet to come! 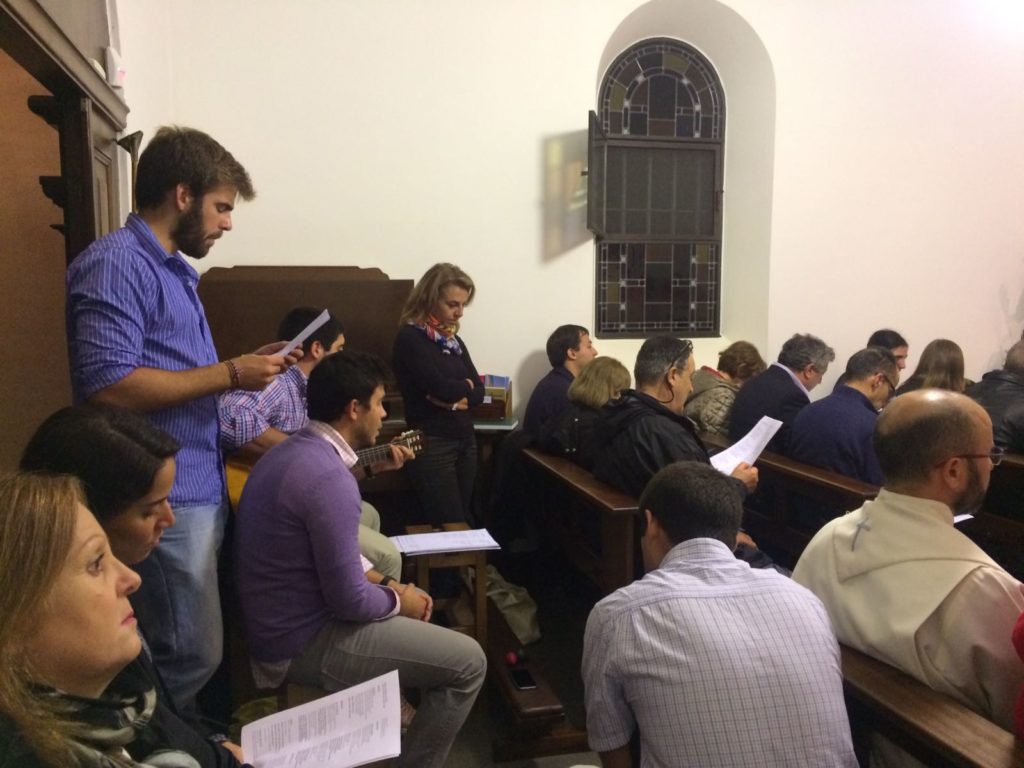