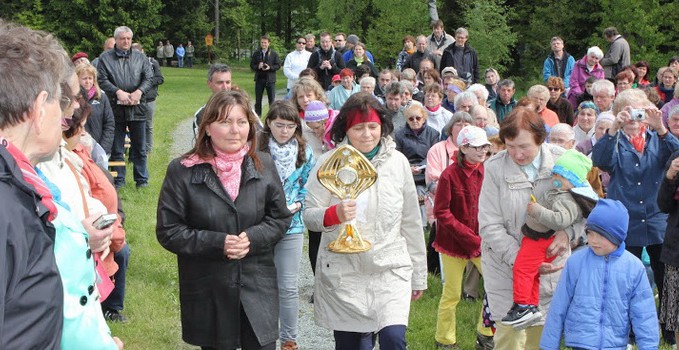 How do You Attach a Statue to a Wall? 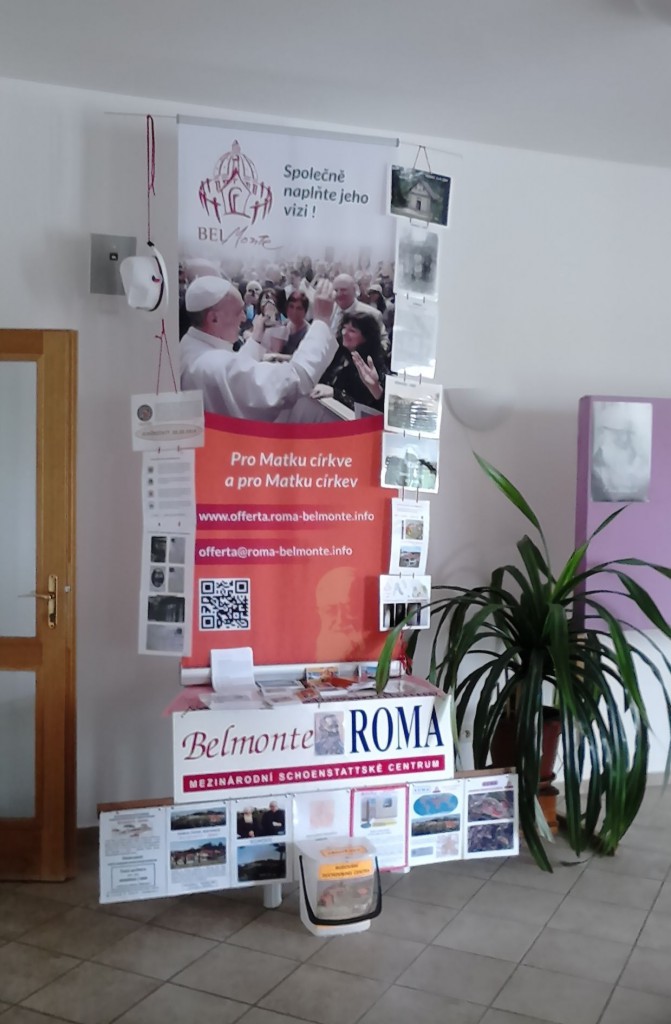 How do you attach a statue to a wall? That was the question put to the Czech Schoenstatt Family, which has worked hard for years to support their room in Belmonte both spiritually and financially.

A reminder: The centre for guests and encounters, DOMUS PATER KENTENICH, in Belmonte, is nearing completion. It has 31 guest rooms – light and roomy single and double rooms, some suitable for the disabled, which have been beautifully furnished with light and functional furnishings. These rooms have been given the names of the countries where there was a shrine in the Jubilee Year 2014. Each country is invited to be present in their room: with a picture of our Lady of Schoenstatt, a cross, and a picture of another typical treasure of their country.

During the dedication of “the shrine of all of us” in September 2004, the riches of the peoples were carried into the shrine in many original jars. Now the countries are invited to make some part of the riches of their country visible in “their” room in the house of our Father. Whoever will one day stay in this room will also stay in the heart and life of a country with its very special and original mission and culture. Belmonte is meant to be the gift of all the countries, a home for all peoples and cultures in the covenant of love. Without words the original mission of each country is to become tangible. And, since no one will only support a room with hanging a picture on the wall, or with a financial gift, but always include a spiritual dimension, guests should also be touched by the grace from the shrine of each country, by its missionary and social initiatives, by their actual lives in the covenant of love.

A picture of our Lady of Schoenstatt, a cross and another picture that shows something typical of that country, should be an expression of this.

For the Czech Republic it is the Infant of Prague 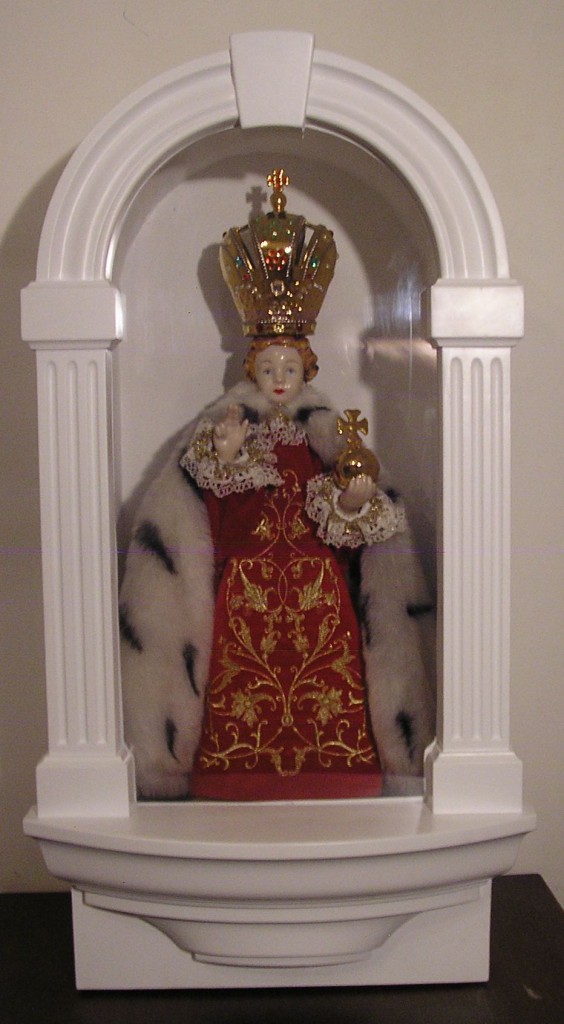 The Cross and picture of our Lady of Schoenstatt that will be put up in their room have not yet been finally decided, but one thing was clear – a statue of the Infant of Prague had to be there! Now for obvious reasons it isn’t possible to put a statue into a room; it has to be something that can be attached to a wall.

No problem! Fr Frantisek Jirasek announced with great joy at the beginning of the month that a simple showcase that could be attached to the wall, and which would contain the Infant of Prague, was complete!

When the house is blessed, the room bearing the name “Czech Republic”, will not only have been prayed and paid for by the Schoenstatt Family, but it will also be decorated with the symbol that means so much to the Czech people.

Belmonte at the annual pilgrimage to Rokole

During the annual pilgrimage of the Czech Schoenstatt Family to the shrine at Rokole there was a stand with information about Belmonte. Fr Jirasek had had the text of one of the roll-ups translated into Czech and commissioned a roll-up that was finished just in time.

Bishop Pavel Posád of Ceské Budejovice was the main celebrant at the pilgrims’ Mass. The Pilgrim Mother Auxiliary for Europe also joined the pilgrimage.

After 48 years a monstrance had been returned from the shrine in Cambrai to Schoenstatt. The Czech Mothers’ League was able to get hold of this monstrance. The mothers have prepared themselves for nine months and were now able to bring this monstrance on the pilgrimage to Rokole. This October the Czech national Eucharistic Congress will take place, so the two fit well together!

The Czech Schoenstatt Movement want to continue to do all in their power to support Belmonte, the shrine of all of us in the heart of Rome.

Who will be the first to stay in the “Czech” room? 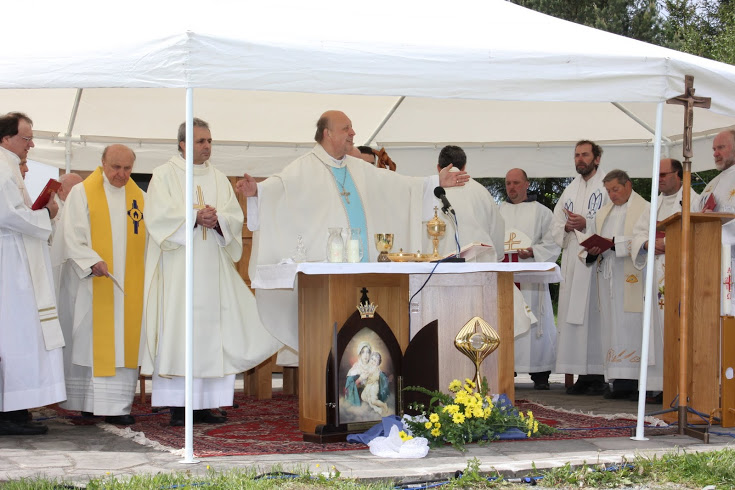 With material from Boletín de Belmonte 5/2015