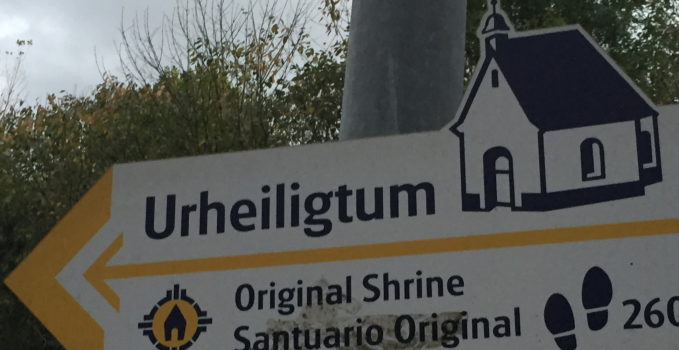 “The Blessed Mother will get you there, old man…”

During the month of October, I was in several cities of Germany on business. The truth is that upon noticing the emotion on Carmen’s face (my group leader), because of my trip to Germany and the possibility of going to the Original Shrine, only then, did it cross my mind that it might be possible. Common sense told me the contrary for two reasons: a limited budget and a tight schedule.

Since I was unable to erase Carmen’s face from my mind, I began looking at the activities and cities I would visit. The agenda invovled two weeks in Germany, work from 8:00 to 5:00 pm in four different cities: Braunschweig, Offenbach, Frankfurt, and finally Berlin.

Reading the agenda carefully, my heart leapt to see “Sunday, 22 October-Free.” But my joy was short-lived, since that day I would be in Berlin and upon checking with “Mr. Google”, I discovered I would be 592 kilometers from Koblenz, and it would take three trains with the trip would take 6.5 hours.

With a heavy heart, I called a group brother, and I commented that the trip was impossible. Contrary to my “common sense,” my brother did not hesitate to say, “The Blessed Mother will make it possible to go, old man.”

Once in Germany, the workdays developed just as listed in the agenda. German rigor and efficiency was not only noticeable in the scheduling and activities that we accomplished, but also in the taxis, public transportation, and the metro’s precision,. All the systems worked in an orderly, efficient way almost without error or any delay. 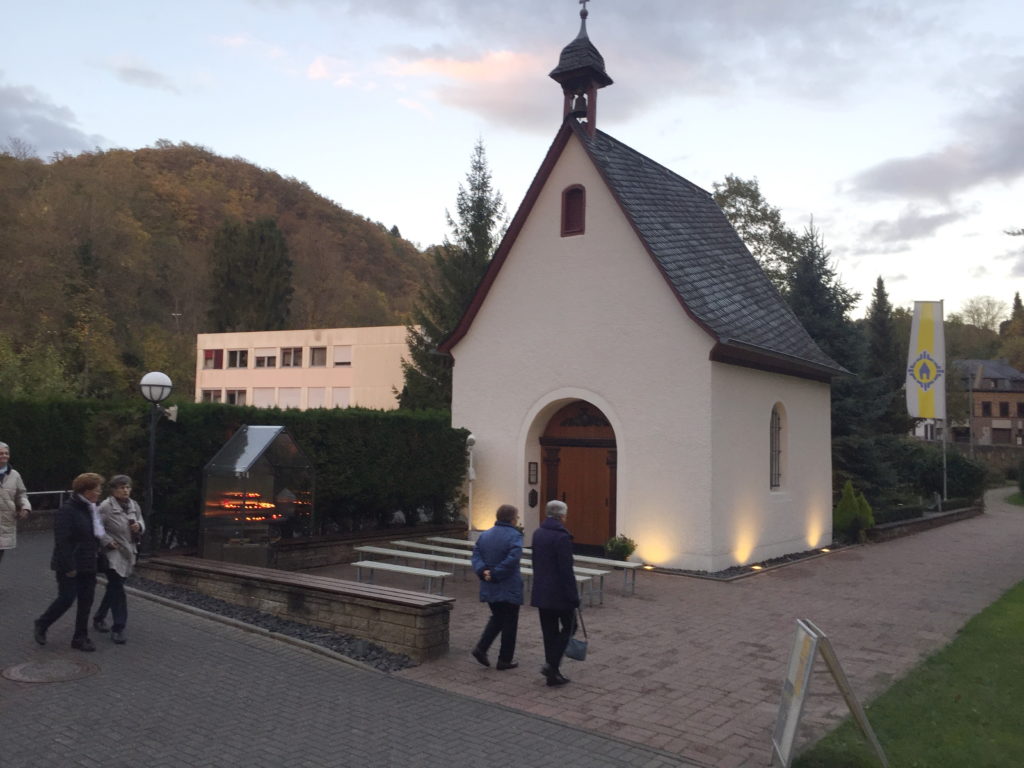 18 October and I was still very far

On Wednesday, 18 October I was working in Offenbach on this date, which is very special to us Schoenstatters,  and it made my diminished hope multiply by 10, even more so, after consulting Google once more to find that those six hours of travel had been reduced to three and half hours. Then I consulted with the German companion in charge of our group, but once again disillusion struck its dagger. He told me that it was a very complicated trip (several trains and transfers), besides very tight schedules.

I put the idea aside and concentrated on work, but since the Blessed Mother never stops working, on Friday 20 October, against all odds, the activity at one of the businesses ended at 3:00 pm, and we were in Frankfurt…only 3 hours from Schoenstatt.  So without hesitation, without planning well, I ran to the train station and showed my cellphone to the cashier, I asked for a ticket to Schoenstatt, Koblenz. Although I was a little bit closer, it was still complicated. The cashier told me that I had to take a train to Koblenz, then take two buses, arriving at the marked destination at 5:45 pm.

She does not know the word impossible

I cannot describe what I felt when I boarded the last bus, and saw the monitor showing that Schoenstatt, Vallendar was closer and closer. German precision did not fail. At exactly, 5:45 pm I arrived at the place I greatly desired.

I walked the last meters containing tears of emotion, but I could not help crying for this gift the Blessed Mother had prepared for me. Upon entering the Original Shrine, the Blessed Sacrament was exposed and present on the altar. I was only able to give thanks for being there. The weeping did not stop, and my chest was about to explode. The word impossible is something she does not know, even more so when she can see the eagerness in our hearts to be living witnesses of her great motherly love. 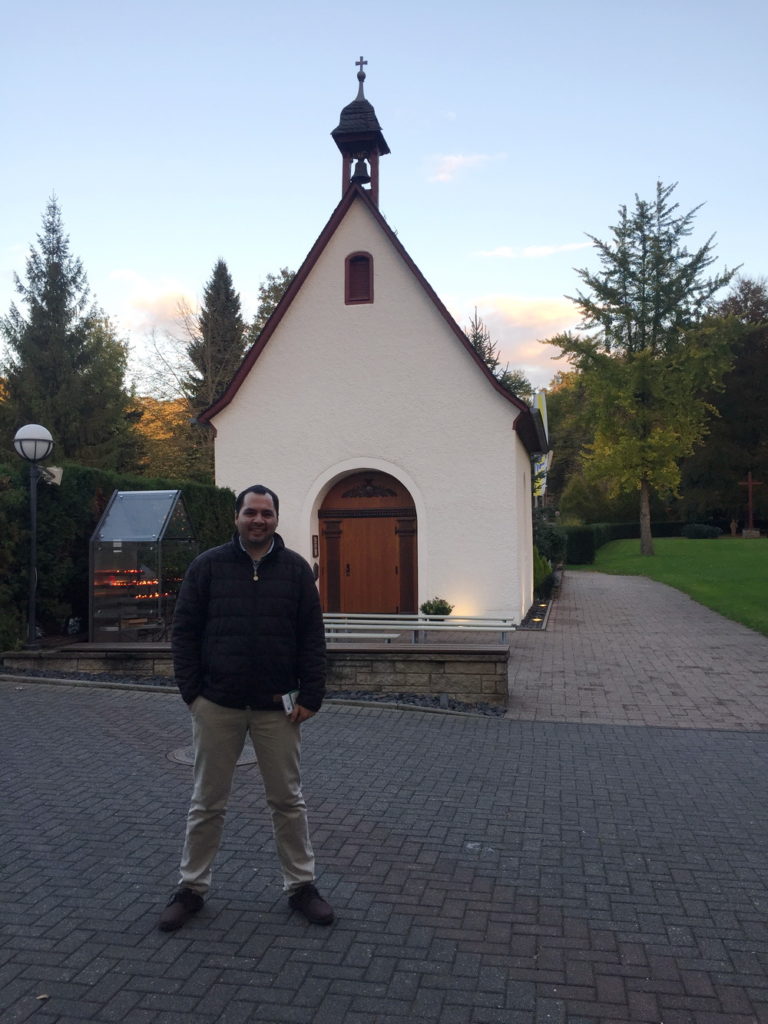 Directions to the Original Shrine

We recommend schoenstatt.org’s service for directions in order to arrive at the Original Shrine a bit more easily.

How to reach Schoenstatt