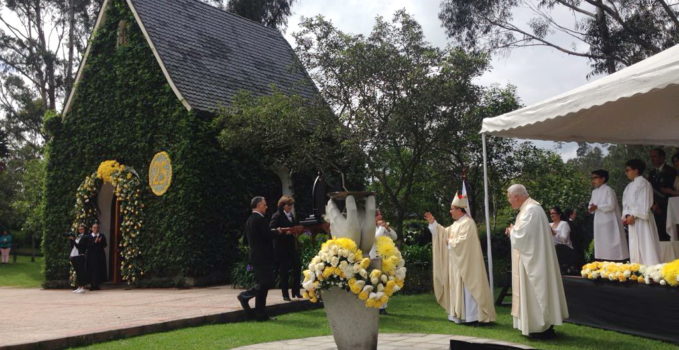 A quarter century beneath the loving gaze of the Blessed Mother

The family from Quito is celebrating! On 20 January 1993, we invited our Blessed Mother to build her throne in the middle of the world, and on Saturday, 20 January 2018, we celebrated 25 years of this great blessing for the entire Schoenstatt Family.

On this date, Auxiliary Bishop, Danilo Echeverría, celebrated the Jubilee Mass as the last act of a triduum of thanksgiving that began with a Covenant Mass on the 18th, followed by Adoration on the 19th, and concluded with a Mass for 500 pilgrims followed by testimonies, cantatas, and lunch for the participants in an atmosphere of great joy and emotion for what the family of Quito has been experienced throughout these 25 years. 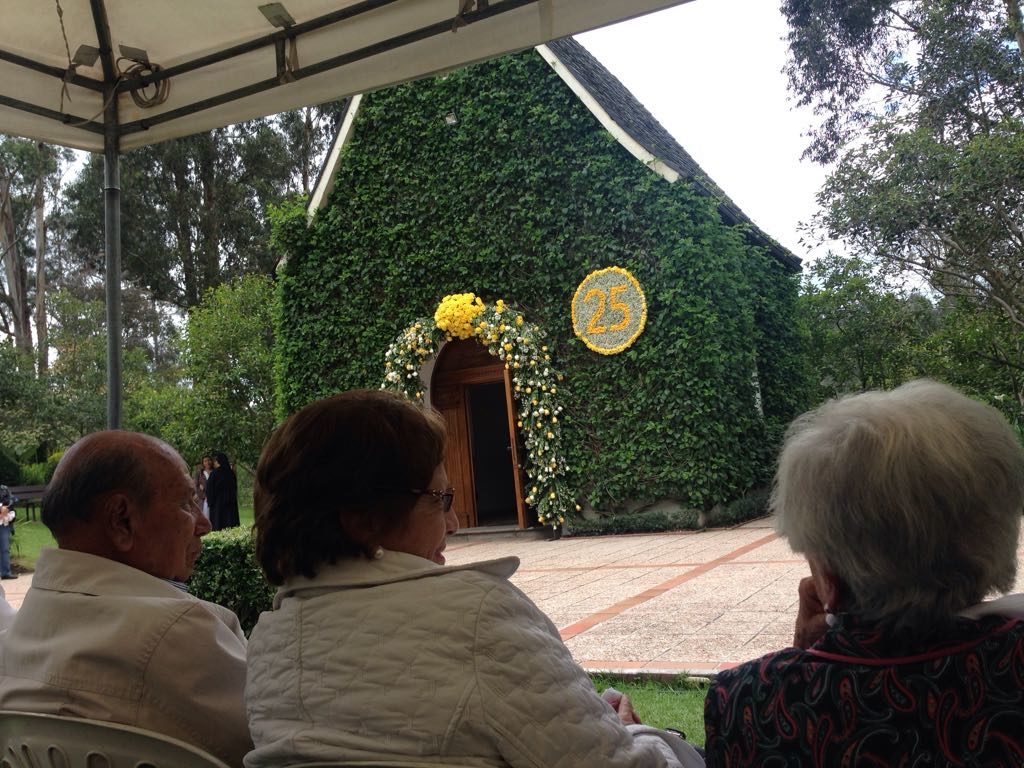 Later as a result of almost unexplained “God coincidences,” they joined forces to build a shrine in Quito. We know that a shrine is not only a work of bricks and cement. It was the Blessed Mother’s will to establish herself here in addition to capital of grace: “Nothing without you, nothing without us.” Diplomats, businessmen, and an enthusiastic sister, Sr. Leticia, for whom there were no difficulties that could not be resolved, as well as beloved Fr. Ricardo Bravo, produced the desired shrine.

It is an example of giving secondary causes (men) and the role of instruments of the primary cause (God). And they knew how to assume its destiny. It has been 25 years since the blessing of this place of grace, and we are greatly indebted to those who preceded us. 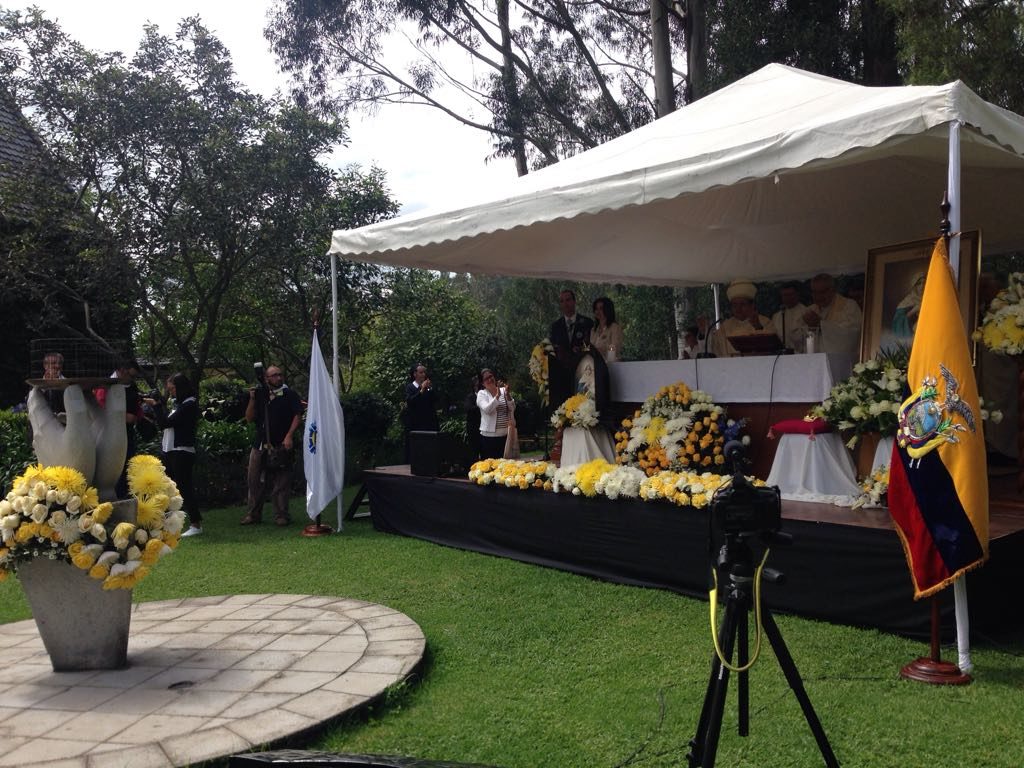 A road to holiness

Since then and since 1993, the Blessed Mother has made headway with us. From Alangasí, she has been the door to heaven for many pilgrims, a road to holiness. For thousands of people this endearing little place has become a cradle for a new time, an opportunity for transformation, to live in a warm and personal bond with God. Yes, to live — as Schoenstatt’s founder said —“beneath Mary’s protection.”

Many have offered their capital of grace with great devotion in this garden of God, and the Blessed Mother, who cannot be outdone in generosity, has lavished these expressions of filial affection with her motherly tenderness. For those of us who are her children, it has been a rest for our burdens and encouragement for our faith, a support for our hopes, motivation for our dreams and balm for our defeats, but above all, cause of joy and home of a promise, of a prophecy. Yes, like its ideal indicates, this Schoenstatt Shrine has proclaimed to be a “consecrated family, fire from the middle of the world.”

The fire of her shrine asks us to burn for the mission that has been entrusted to us. It is a fire that illumines the dark night of relativism, refines and purifies us of all superficiality, and that embraces the charism of Covenant of Love. It is a fire that gives warmth; it is a home fire of which the founding document tells us: “It is good to be here.” 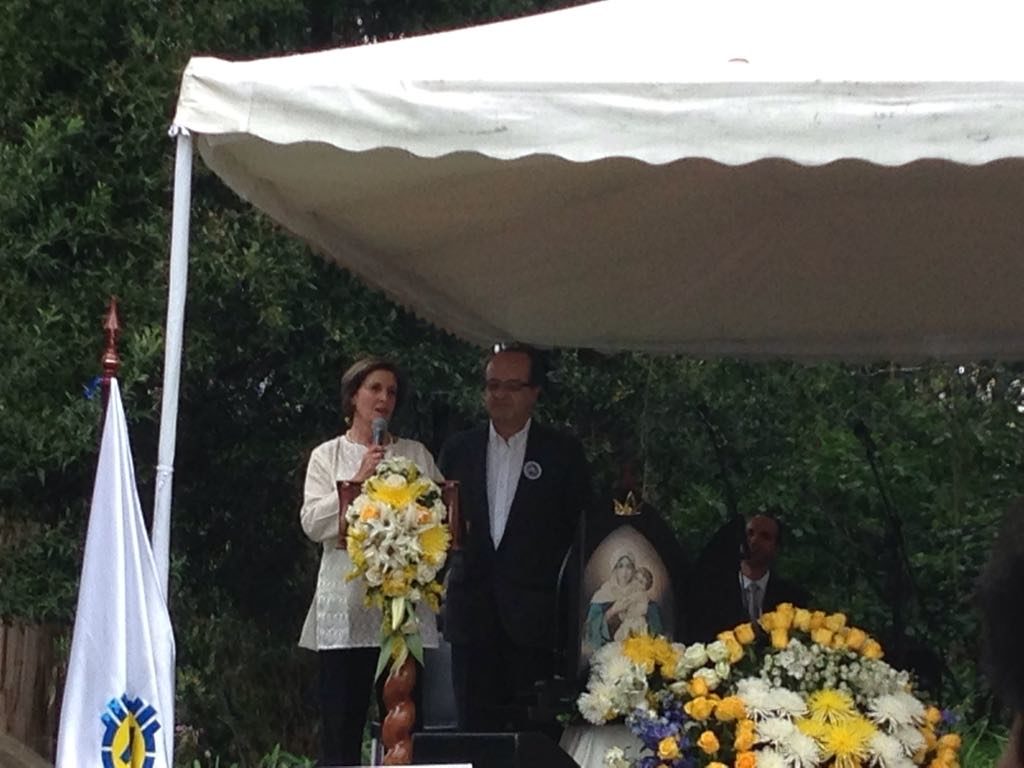 A gift for the Founder

These 25 years coincide with the Kentenich Year and of 50 years of being consecrated by him as an Ecuadorian family, on the paten. These 25 years are a gift for the Founder, a reaffirmation of our bond with him, but it also awakens the awareness that we are a “consecrated family.” That is, we give everything to the Blessed Mother in her shrine. Everything as her instruments and possessions. We do not want to keep anything for ourselves. We give it all to you with gratitude.

Yes, thank you, beloved shrine. Thank you, beloved Blessed Mother, for your loyalty during these 25 years, for your presence and your intercession on our behalf. Help us to live this consecration, not only for 25 years more, but also for all of eternity. That is the only way we will succeed in being “fire from the middle of the world.” 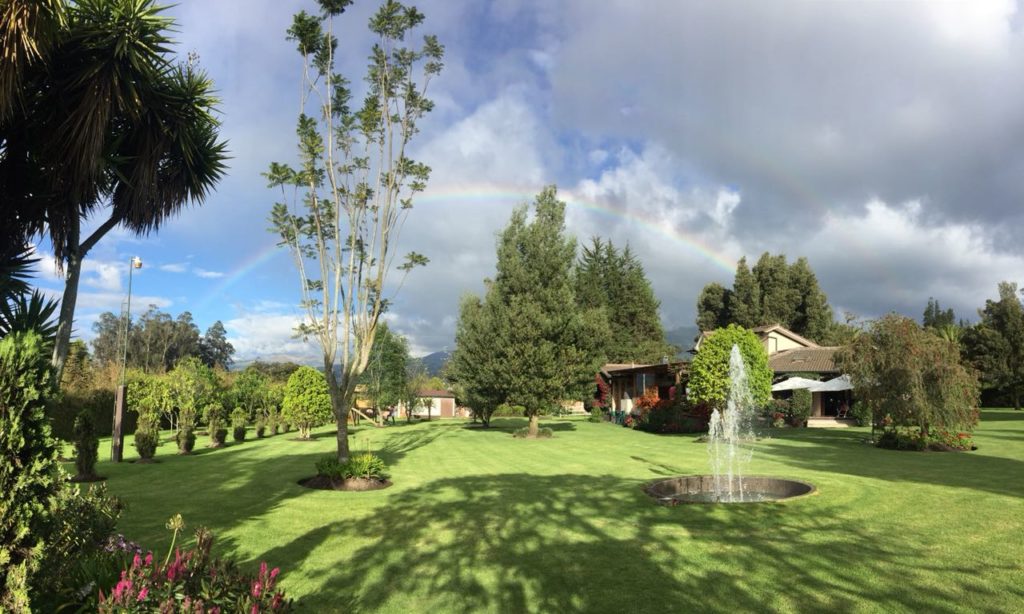 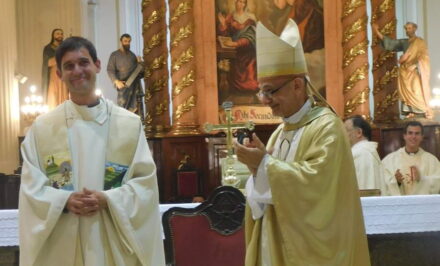 “Put out into the Deep”