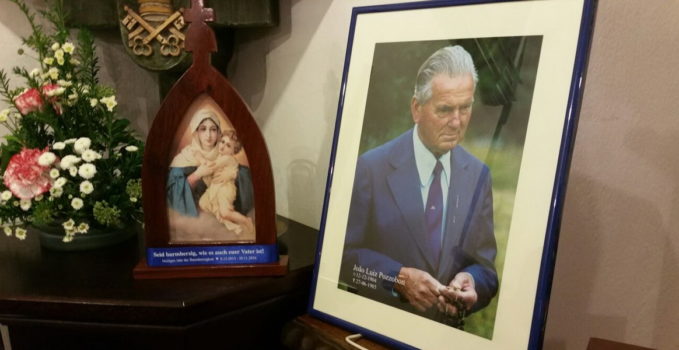 Saturday, 10 September 2016, the new General Superior of the Institute of Diocesan Priests, Fr. Dr. Christian Löhr, accompanied a group of pilgrims from the Diocese of Eichstätt who joined the night blessing at the Original Shrine.

In front, on the left, there was a large photo of João Pozzobon. Sr. Johanna-Maria Helmich, the leader of the Schoenstatt Rosary Campaign in Germany (which in Germany is called Projekt Pilgerheiligtum),  commented that previously on 10 September 1950, sixty-six years ago, João accepted Schoenstatt’s Mother Thrice Admirable’s large picture with the mission of taking it to families, and since then until his death in 1985, he continued. 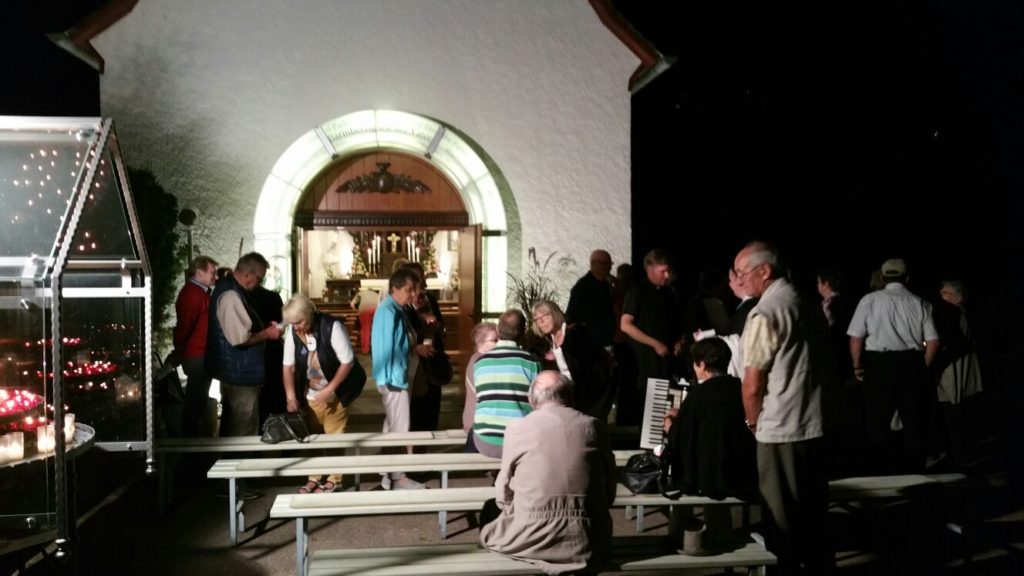 At the beginning of the celebration, Fr. Egon M. Zillekens, who was in charge of the blessing that night, cited a song from German singer, Udo Jürgens, almost forty years ago:  “Life begins at the age of 66…” We cannot say that the Campaign’s life has just begun at 66, but we can say that at 66 years, it is definitively very vital, and it certainly isn’t over at all!

Fr. Zillekens is the bearer of the “Original Shrine’s Pilgrim Mother,” which had to fulfill a special mission during the preparation for Jubilee 2014, and she seemed to think was accomplished in December 2014. Since then, she is the Pilgrim Mother for the Federation of International Diocesan Priests; she has already been to Ecuador, Cuba, and most recently, Burundi. It was a great surprise for the participants of that night!

The whole world’s Campaign, and especially the Campaign’s Latin American Congress that took place that weekend in Santa Maria, Brazil, the first German “Marriage Strengthening” carried out at “Joseph Kentenich House in Hillscheid, and many other subjects that move the world…were included in the petitions.

After the Night Blessing, there were individual blessings, but most of all– there were many blessings. 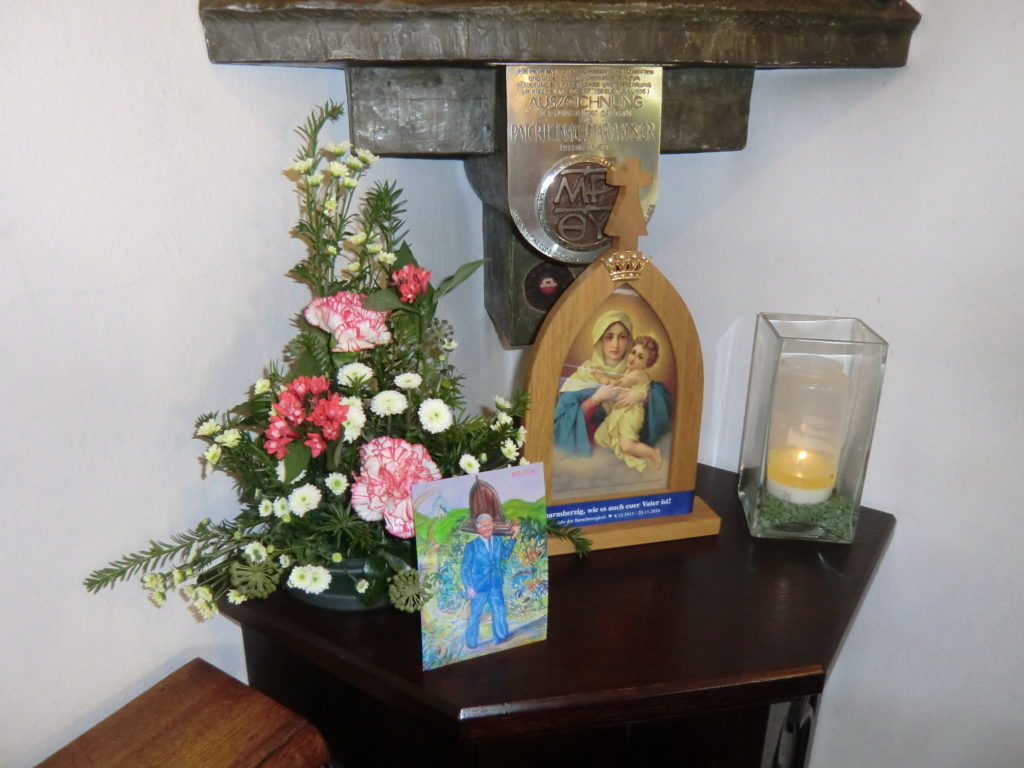