Extension: the “mailbox” for the Original Shrine will remain open until Tuesday, 3:00 p.m. 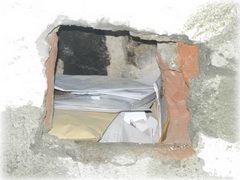 mda.  Is it really too late?  The idea that was born from the exchange between Father Egon Zillekens and an editor of schoenstatt.org became a current within a few hours.  During the construction work in the Original Shrine, the sacristan, Norbert Weweler discovered the old chimney and he said.  “We could place something within” – “We will do it. The opportunity was published via schoenstatt.org and it spread in the place of Schoenstatt, and Schoenstatters from all the communities continue to arrive to place something that will remain forever… 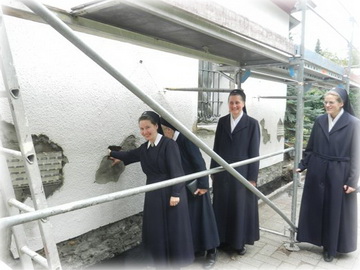 The flashdrive with all the letters sent to the Blessed Mother via schoenstatt.org since 2011, with the documents of Conference 2014, the covenant of solidarity with Francis and the photos of the houses of solidarity have already arrived at Schoenstatt.

But…there so many in the place itself as well as in the world who just learned about this.  Is it really too late?

At that time, the Administrative Council of the Original Shrine will meet, and along with the contractor of construction, Mr. Arne Reich, and the foreman, they will place everything that has arrived, and then they will seal the wall. Definitely.

Whoever wants to send their commitment, their name, their petition…as a “living stone” for this new century of the Original Shrine, can still do it.  It is possible until 12: via the “direct line” or via email [email protected].

-> closed and delivered to Schoenstatt