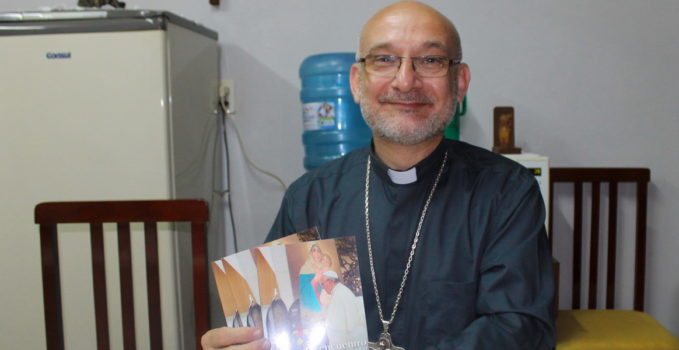 When mercy is talked about, one begins to think about many things….. I would like to mention something concrete about this year:  since it was God himself who placed us into this since this past February, in tune with the Jubilee Year.  As a result of the Paraguay River flooding, and the communities flooded in the Pilar zone, here in Encarnación especially there was a team formed called “Itapúa Solidarity” with initiatives from the Government, the City, the Rotary Club, the Catholic Church, and several Protestant Churches.

We united to begin a solidarity campaign with so many people that had lost their homes and needed clothing and medicine.  In a few days, the initiative caught on fire with the citizens and they went to work. Since then, the Chancery was turned into a reception hall with tons of clothing and food.

There were also beautiful testimonies from the people who came to make donations.  One of the most beautiful experiences was from an elderly man, very simple, very poor, who came forward with his small bag of clothing and said, “I heard about this initiative.  I also want to collaborate.”  It was obvious that he did not have much, but he wanted to give from the little he had.  It reminded me of the passage in the Gospel about the poor widow who gave from the last she had to live on (LK 21:1-4; MK 12:41-44).

I think God put us in this so we can become aware that one can see the pastoral value or think about a lot of theology that mercy has, however definitely, mercy is such that it can be taken into life in order to meet life and be in solidarity with everyone.  It is something that transcends whatever creed, public guidelines, thinking or ideology because in these situations, one is faced with real people, real problems, and real life.  And what are needed are empathy, understanding, self-restraint, and also assistance.

What is beautiful about this experience was seeing we can work together, that we can work together seriously on a project without the urge for being in a leading role.  It was never the intention of someone to say to those suffering, “We are going to solve all your problems.”

Thus we were able to take several trucks loaded with many things.

We also wanted to give them the items, and we wanted to meet with the people of the place and especially entrust the items to the Church of the Pillar, at the building for social pastoral activities where the items were received with much gratitude.

Something beautiful occurred because mercy spreads mercy.  There were tensions in the city; parties to see who would get credit for the good works divided them.  Those people, upon seeing how we all united to work, also told themselves: “Let us put aside differences and let us work for what truly is lacking and let us forget the rest.”  I think that was motivated by God and worked because it was not thus planned.  Many people joyfully signed up to help  to do this that was truly a great motivation.

It demanded much from us because the laymen had to be transported and the majority of them were volunteers.  February in Paraguay is a month of summer vacation, and they gave up their vacation days to be there daily, receiving, classifying donations and they always did it with a smile.  We were able to express this in the evaluation we made of this project.. 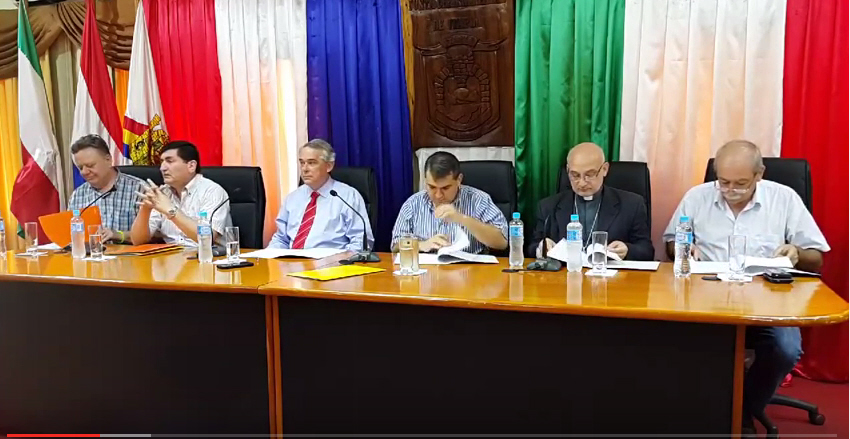 What does the Year of Mercy mean during the first year as Bishop of Encarnación?

For me, this was the ideal climate for beginning, understanding and living this Year of Mercy.  And we are still pushing for more initiatives.  As bishop of the diocese, I did not want to say, “we are all going to do only one thing,” instead I invited each parish, each chapel, each pastoral endeavor, catechesis, youths, and families to include some activity which they themselves can choose, looking at the peripheries around them in their yearly program.  That they go to reach out to meet with people and to think about what to do– like helping.  Also to motivate people to remember what are the works of mercy and to learn about them by doing them, not just reading about them but doing them.  The proposal is presented and being worked on.

Pastoral conversion for a Church on the way 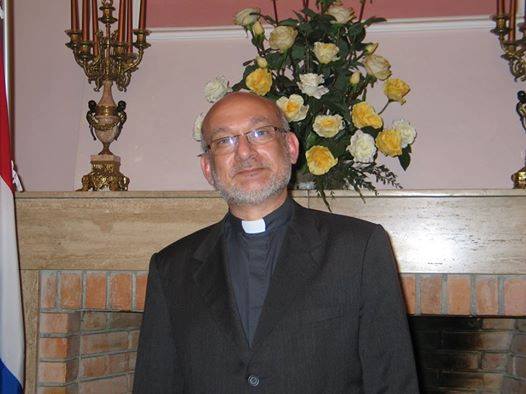 Additionally, this year we are thinking and working on a new plan for pastoral endeavor.  This led us to look at ourselves as Church and to outline a pastoral conversion as Pope Francis invites us to do in Evangeli Gaudium (No. 25-31), and we make use so that it may be a Church on the way.  Therefore, there is also an inspection of the parishes as far as the relationship they have as a Church toward the peripheries.

It is a more reflexive work, but it wants to proceed from contact with reality in order to help our Church not to only stay with an idea of sanctity or on a proposal, but to go out and meet with people and see what they truly need. They are simply encouraged to look beyond what is known.   I think that also in that, mercy is helping us to look a bit more beyond, and that what often occurs does not happen to us:  staying and complaining among ourselves.

I think that has been a very positive effect of the Year of Mercy.  Many people were predisposed to stop complaining in order to begin looking beyond a bit more.  And upon looking beyond, many can say “Mine is nothing in comparison to what others are going through,” and the air and the atmosphere changes.

A “climate change” within the Church

I want to think that Pope Francis also wanted with this Year of Mercy:  that we are predisposed for a “climate change” within the Church.  And by the reception that I see in the Encarnación Diocese, I believe that has been understood by a great percentage and that this “climate change” is trying to be taken forward.

It is true that for the “old man” (Letter to the Ephesians 4:22), the more we try to “kill him,” it seems that “dying” in us never ends.  He is difficult, does not surrender.  We cannot completely rid ourselves of him, we want to go backward and stay within the known outlines.  But likewise, the seed of this “new man” impregnated by mercy is also renewing spirits.  It is visible everywhere and also in the youth.

Perhaps through it, the more devotional aspect is not what is more highlighted (although it also exists) in this Year of Mercy.  The indulgences and the pilgrimages also have a space within the parishes and the pastoral activity, and they are taking place.  But what touches the soul most is this attitude of “we are not only here to sanctify ourselves but that we go out to the encounter, to live love in mercy with others.”

What does the Year of Mercy mean for Schoenstatt? 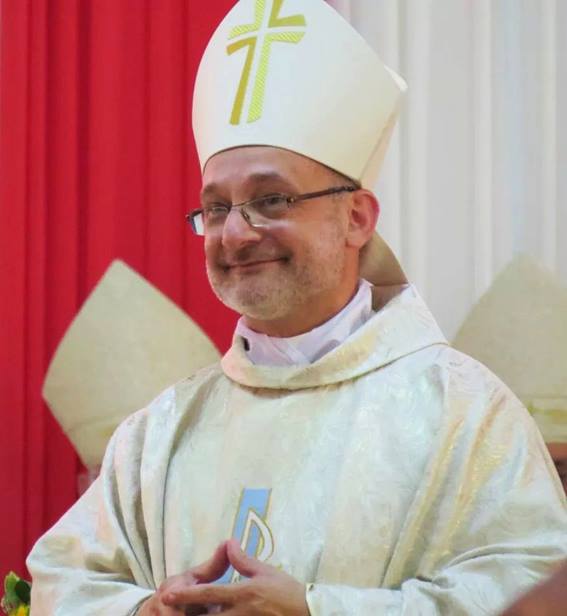 I believe that another important message, very significant for me in regards to mercy, is to remember what our Father and Founder said:  “We swim in a sea of mercy.”  We cannot understand our life if it is not in this “being embraced” in the mercy of God.  In that mercy, God lifts us up, gives us dignity.  God liberates us and accepts us as we are and invites us to better ourselves and to grow, but first, he accepts us and embraces us.  And in that mercy it is possible to find hope and a positive way of life.

Of all the phrases and experiences, regarding mercy by Father Kentenich, I always like to remember this teaching:  “To always live submerged in God’s mercy,” in the merciful embrace of God, as He sees us.  It helps so much to purify the soul, the vision and the heart.  To see the other as a brother, equally and not place oneself in positions such as who is greater than the other.  Those positions do us so much harm and lead nowhere.

I think this is touching hearts.  I do not want to theorize so much, I prefer to continue discovering throughout the year what other fruitfulness is taking place in the Diocese of Encarnación.  We could think about what is occurring with the priests, what they are discovering about mercy in the confessionals, but that can be evaluated further down the road.

They will be able to give witness to what the experience of this year has meant, also there, receiving those who need forgiveness so much, who need God’s embrace, and find mercy in the sacraments and, especially, in the sacrament of Reconciliation.  We are working for this.

I want mercy and not sacrifice

I share the wish with others that this changes our understanding as Christians and as the Church, that it not be a year where we only gain some blessings.  May our attitude change.

I believe it goes back to the Biblical words:  “I want mercy and not sacrifice,” (Hosea 6:6-7, Matthew 9:13).  If God has been so merciful with us, then we also must be merciful like the Father is with all his children.

The desire is that change, which allows the creation of a new way of understanding the relationship with others, with greater dialogue, greater joy in the encounter, with greater tolerance of differences, and especially, with greater solidarity in concrete things.

Personally, I see the Encyclical Letter “Laudato Sí”along with the Apostolic Exhortation “Amoris Laetitia,” in this Year of Mercy, as two great opportunities to again concentrate ourselves in this common concern we all have for a sincere and fraternal dialogue, for the things which interest all of us.  To open anew the heart and free it from so much egotism which also limits  us to be in relationship as brothers in Christ, simply because God has placed us here.

I would like that change: a change of attitude, of climate, and of self-understanding.  That we no longer identify ourselves in theory, that the pastoral endeavor be dynamic.  To enter into a dynamic missionary endeavor means to go and take and make the mercy of God concrete with others.  I hope it does not remain only in theory. 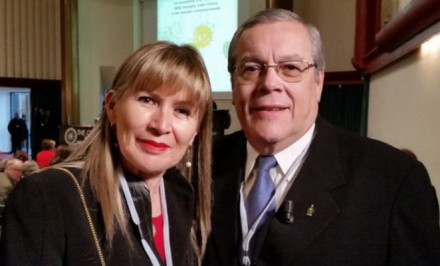 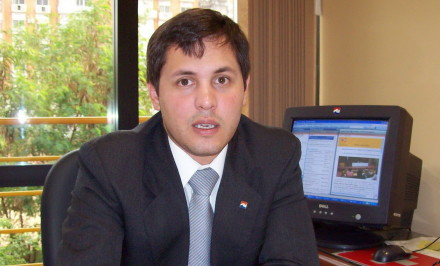 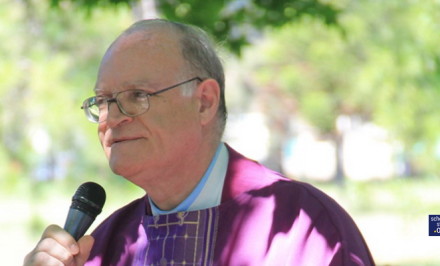 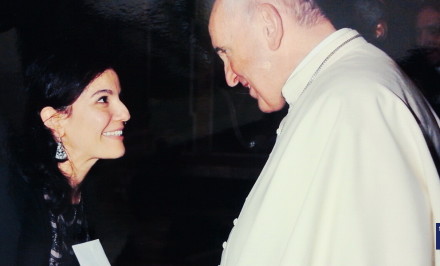